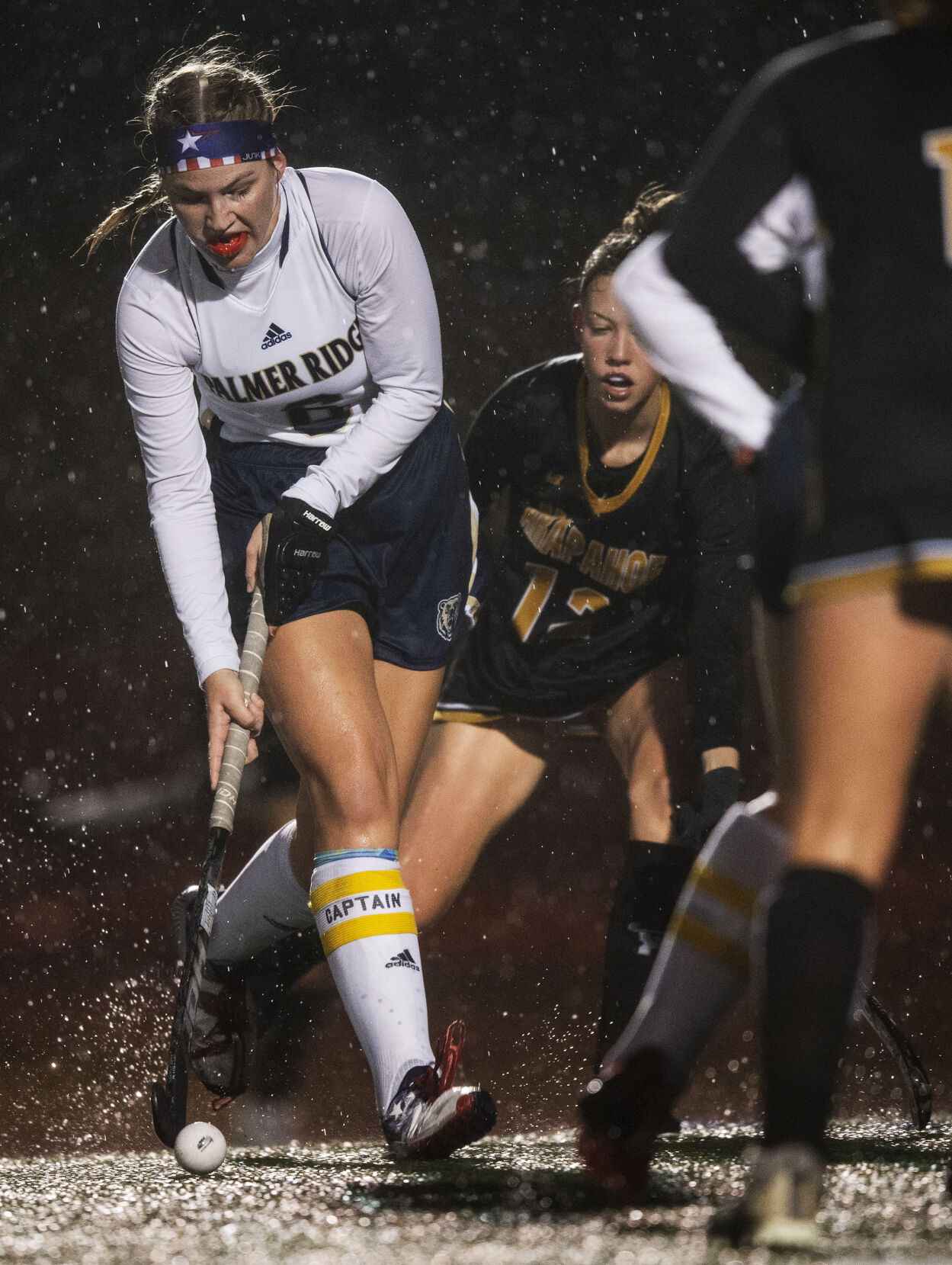 Palmer Ridge senior Hannah Hermann (6) drives the ball during the Bears' 2-1 loss to Arapahoe High School in the state quarterfinals at Don Breese Stadium in Monument on Tuesday, Oct. 26, 2021. 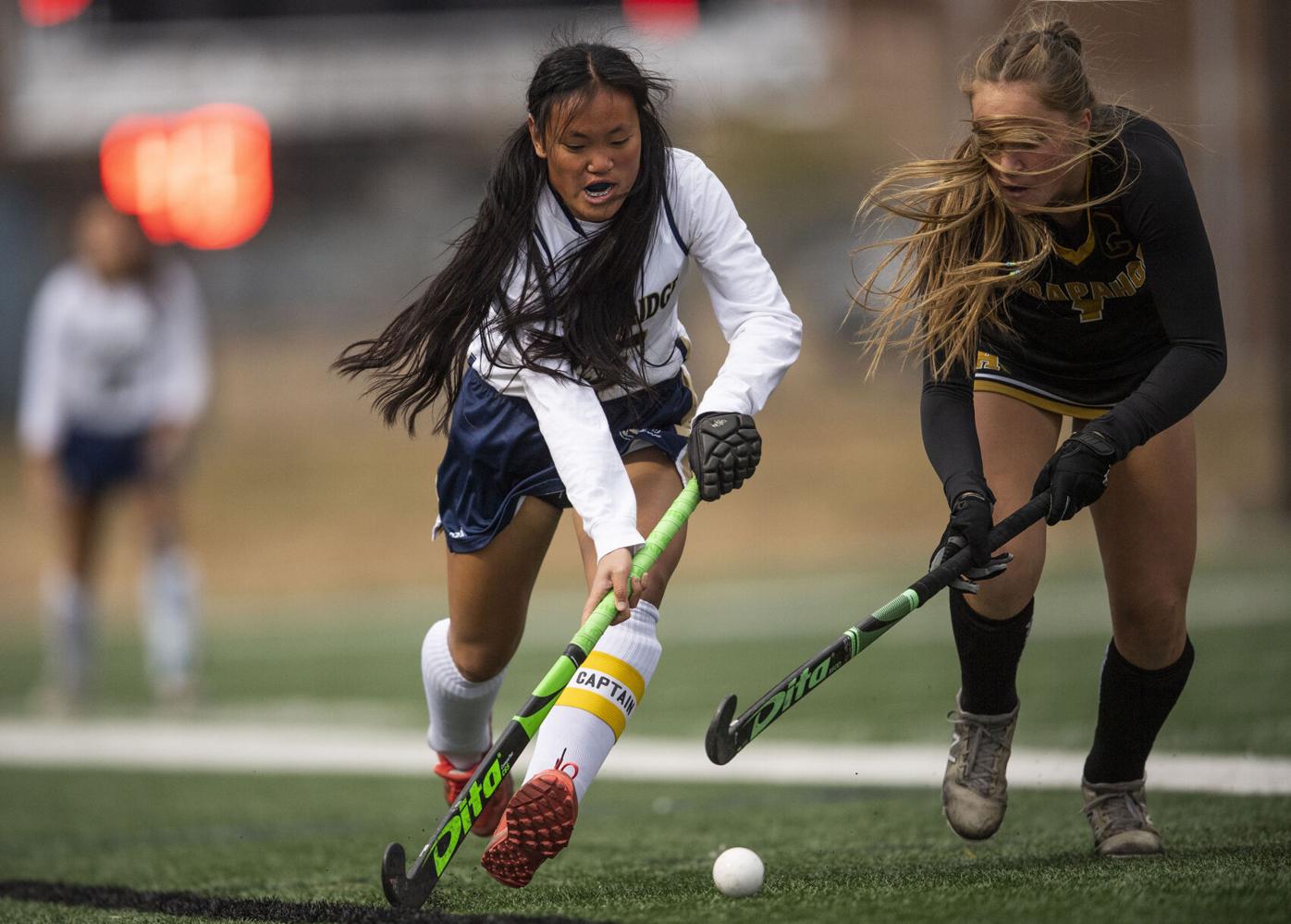 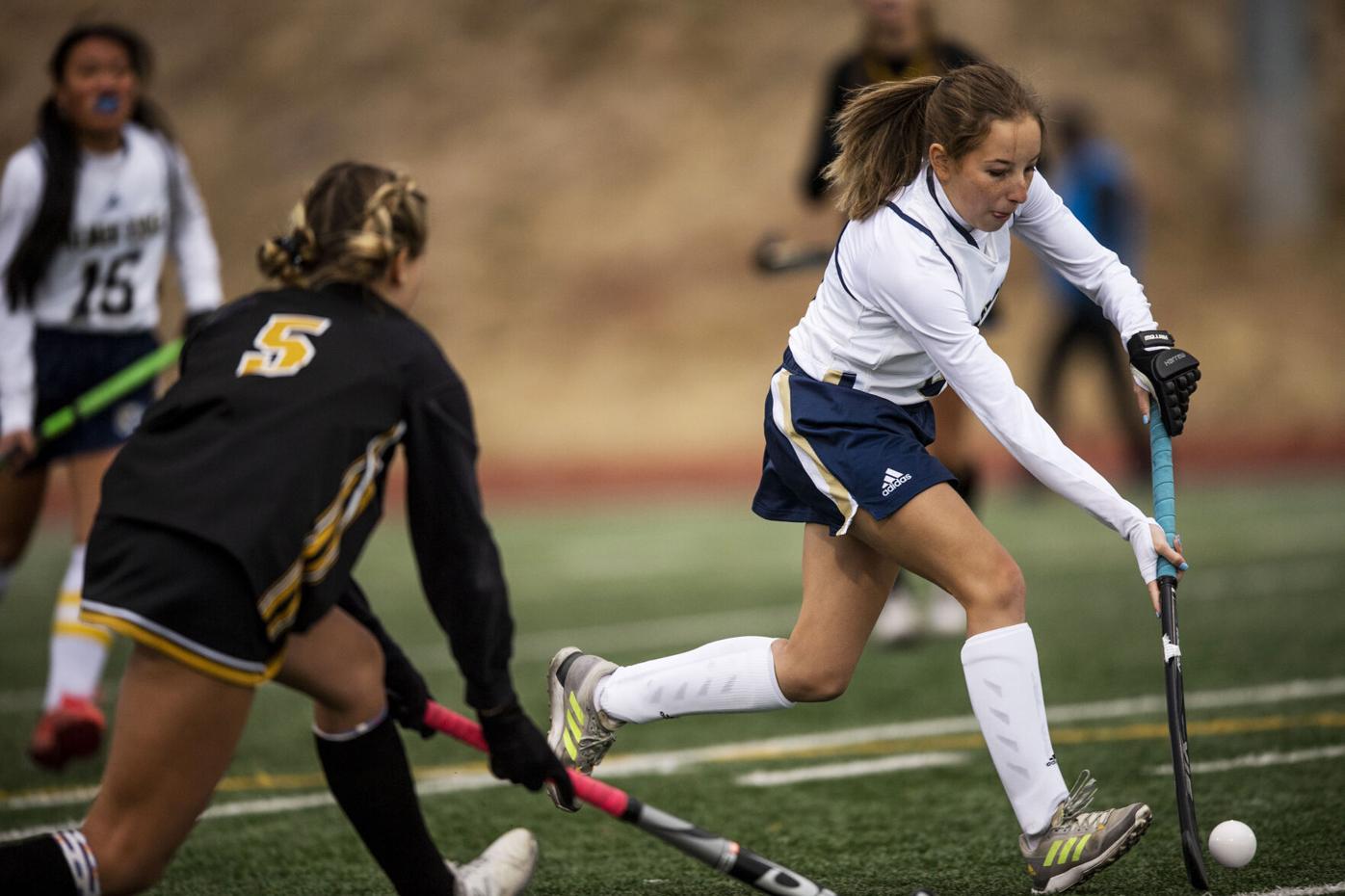 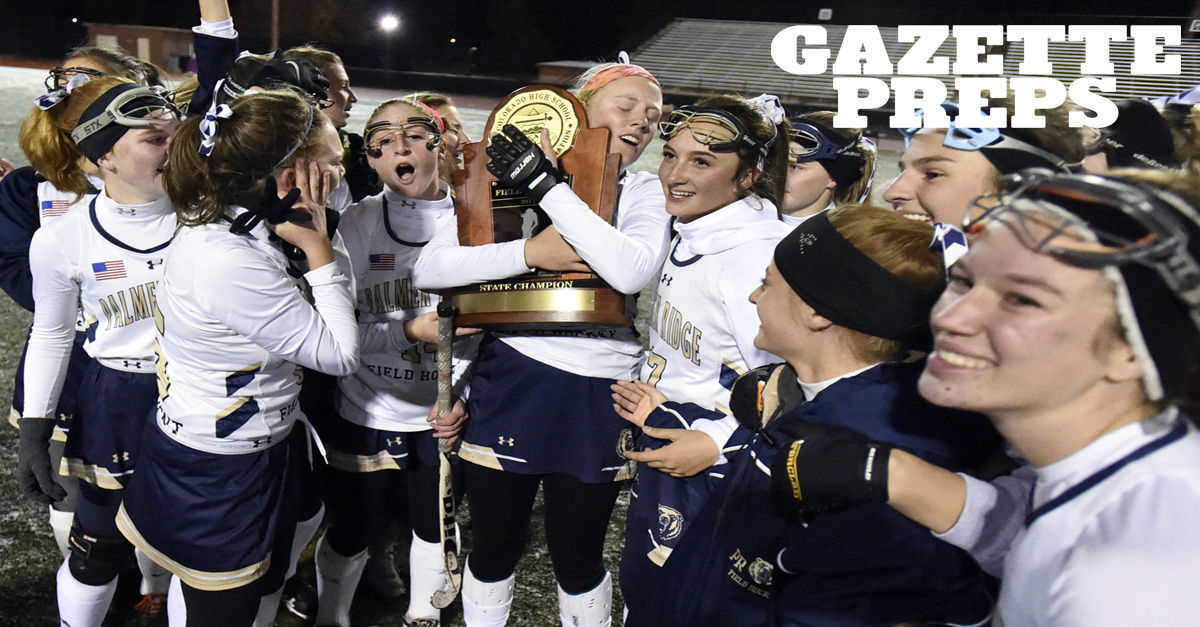 Palmer Ridge senior Hannah Hermann (6) drives the ball during the Bears' 2-1 loss to Arapahoe High School in the state quarterfinals at Don Breese Stadium in Monument on Tuesday, Oct. 26, 2021.

Senior Hannah Hermann and her sister, Abby, have etched their names in stone at Palmer Ridge.

The two were part of varsity girls' field hockey at the school for the last eight years. The former saw her final season come to a close Tuesday in a double-overtime, 2-1 game against visiting Arapahoe in quarterfinals of the CHSAA state playoffs.

Hermann went out the best way she knew how — with the team's lone goal which started the scoring. She, as well as the four other Palmer Ridge seniors, have left a legacy.

"It's hard for me, because they were the first class to start and finish with me," coach Mallory Cuccio said through tears. "They've been through the worst and the best with me, and I've seen them develop into who they are now — both as people and as players."

Last time Araphoe and Palmer Ridge met, it ended in a 0-0 tie, so it was only fitting that the two made the game last. A 30-minute lightning delay in the first quarter made the moment longer.

Hermann's goal came on a short corner in the second period to bring her season total to a team-high eight.

Arapahoe's answer, too, came on a short corner in the third before the Warriors scored past a diving Lauren Halenkamp for the game-winning goal in sudden-death. After, she remained on the ground as teammates rushed the field to comfort her.

The goal came only a minute after a stretch that saw Halenkamp dive for one save and defend a short corner soon after.

Playing seven-on-seven is unnatural for a goalie, especially after fighting the wind, rain and delays for two hours before the second overtime.

The Bears fought through the conditions. Even during the delay, they made sure to bond together and not let the waiting around eat at them.

"We just wanted to keep playing and not give up," Hermann said. "We knew it might be our last game, and it ended up being that. We just wanted to stay up, stretching and listening to music."

Three wins is what separated Palmer Ridge from a title. Hermann, in part because of her sister's playful poking, wanted to be another member of the family to win a title. Abby won as part of the 2017 team a year before Hannah entered high school.

Looking back, the seniors will have a lot to relish. In four years with the program, none of them had a losing season.

What they'll miss most isn't the wins or losses, but what came before and after them.

"The bus rides and all the fun," Hermann said she'll remember. "Our team was always fun and always laughing."

The legacy is set for the Hermann sisters, but not for the rest of Palmer Ridge. It'll be heard from again.