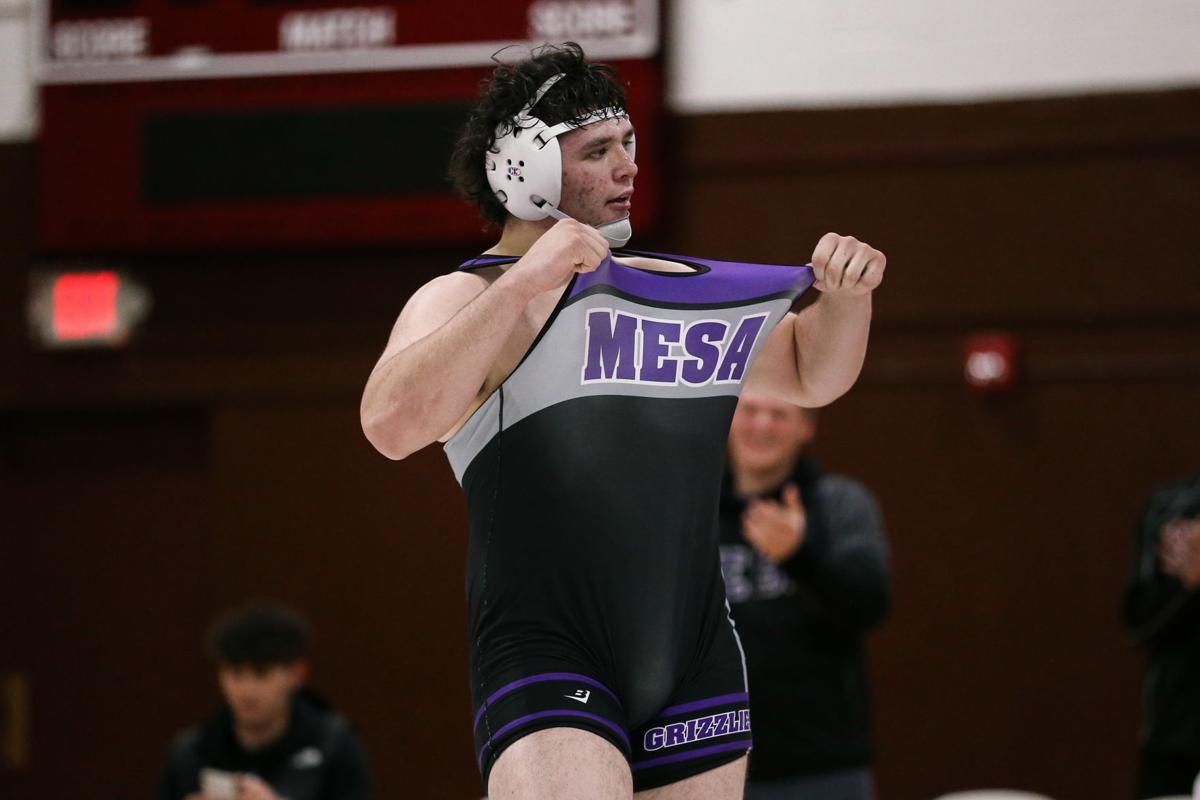 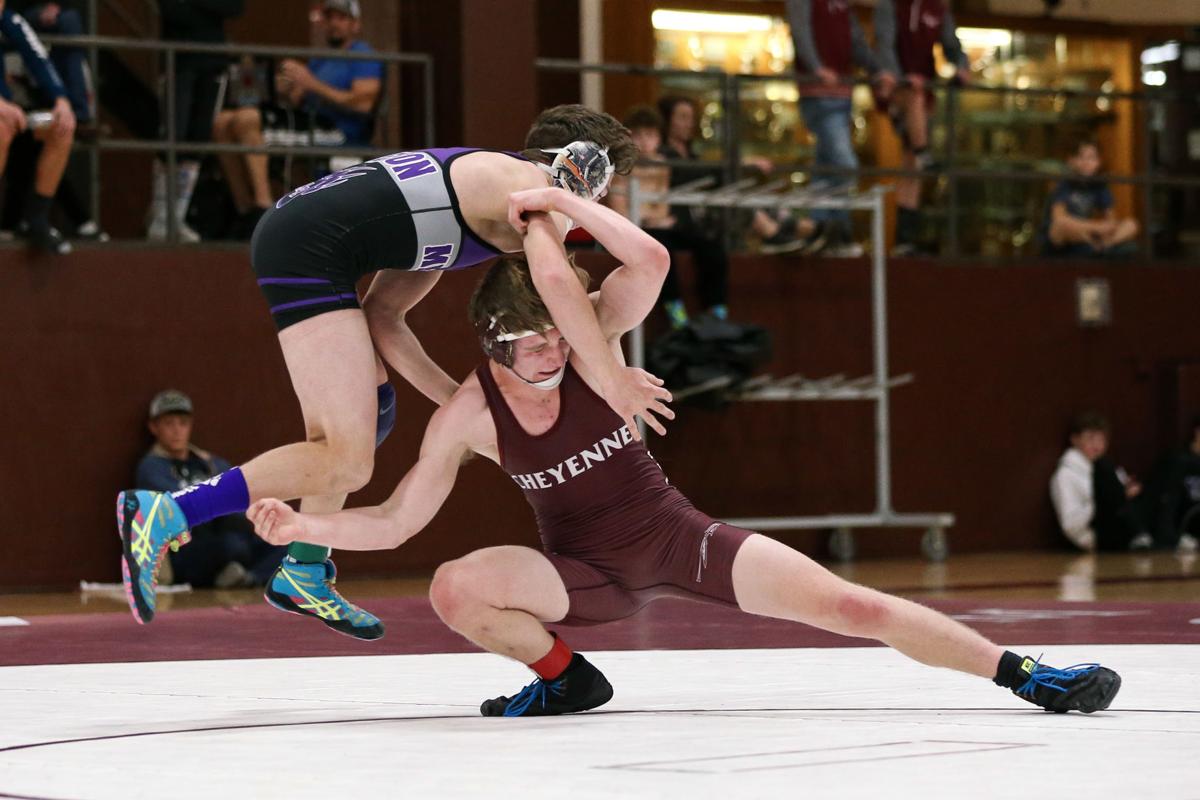 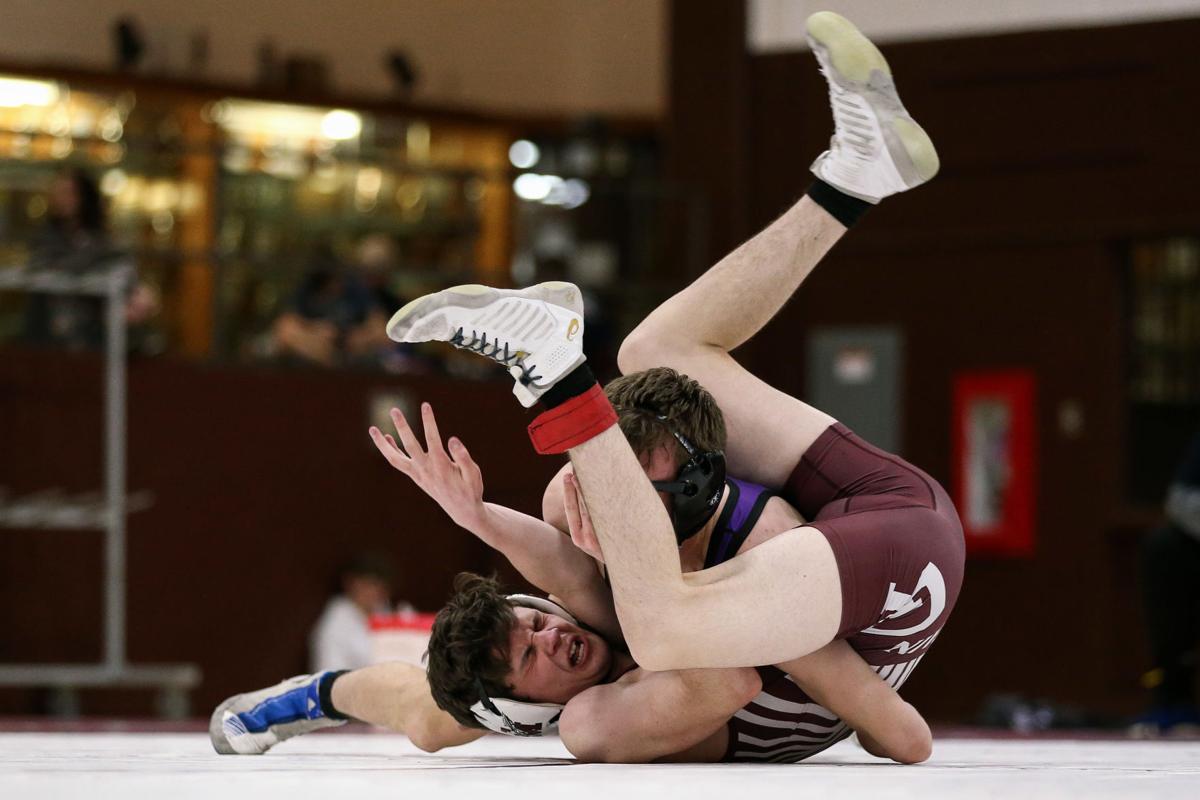 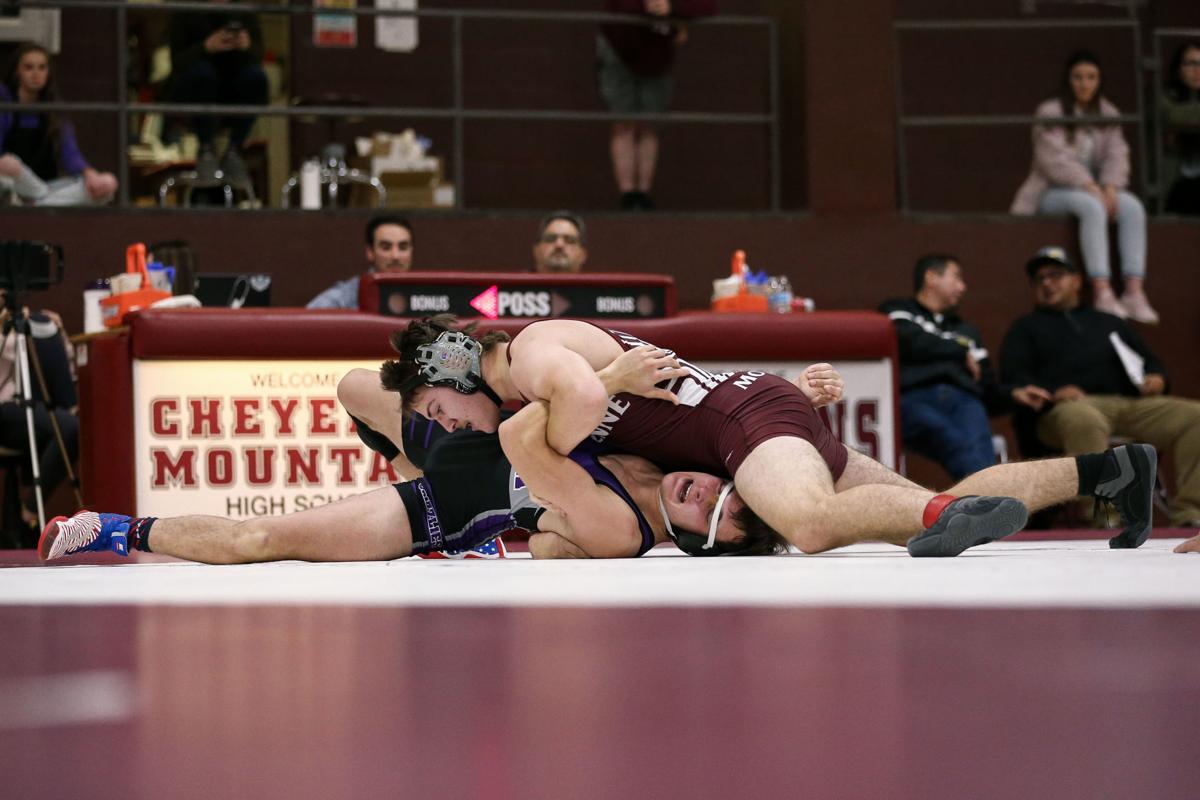 This was the equivalent of a buzzer-beater shot or a last-second touchdown pass.

But this was prep wrestling. So when Cheyenne Mountain and Mesa Ridge ended their dual match Wednesday night with a tied score, officials had to actually scan through the rule book.

They found the right page, where it stated that the first team to meet a criteria wins. They went down the list. Mesa Ridge met the fourth criteria — most individual wins — and won the dual 37-36.

It was a rare and special moment, so much so that Grizzlies coach Rob Braaten took out his phone and waited for the score to change toward his team's favor.

"That dual was great for the sport of wrestling," Braaten said. "That's what we need more of."

For much of the night, the atmosphere was electric. Hundreds of fans filled the Indians' gym, many yelling and cheering whenever a wrestler was nearing a pin or decision. On this night, it was the Grizzlies (8-0) who outlasted Cheyenne Mountain (7-3) by capturing eight of the 14 matches.

"You wish you'd come out on the winning end of those things and it hurts to lose in a tiebreaker fashion," Indians coach Tyler Seaney said.

Cheyenne Mountain overcame a 27-6 deficit by dominating in the heavier weights. Soren Herzog (170 pounds), Billy Maddox (182) and Nico Gagliardi (195) each earned a pin before the final match of the night — at 220 — between Cheyenne Mountain's Jake Boley and Mesa Ridge's Jared Volcic.

Boley tied it at 2-2 with a takedown midway through the match before Volcic prevailed with an 8-4 decision. That tied the final score at 36-36. And later, officials determined the Grizzlies earned the extra point to stay undefeated in dual matches this season.

Mesa Ridge's Frankie Gallegos (113), Tucker Trevino (138), Isaiah Brown (152) and Matthew Moore (285) each finished with a pin. Trevino, a freshman, had one of the most exciting wins of the night as he beat Cheyenne Mountain junior and state qualifier Brian Hooks.

"Tucker Trevino might've been the hero of the night," Braaten said.

Same could be said about Cheyenne Mountain's Raife Manjarrez, who pinned his opponent with 1 second left in his 145 match. That gave the Indians six points instead of the three that come with a decision.

Jesse Boley also had a pin for the Indians.

It was a night filled with exciting moments, and no one left disappointed. Just ask the coaches.

"It's good for the sport of wrestling," said Seaney, the Indians coach. "You had a big crowd, very loud. A great dual, so that's always fun and exciting."