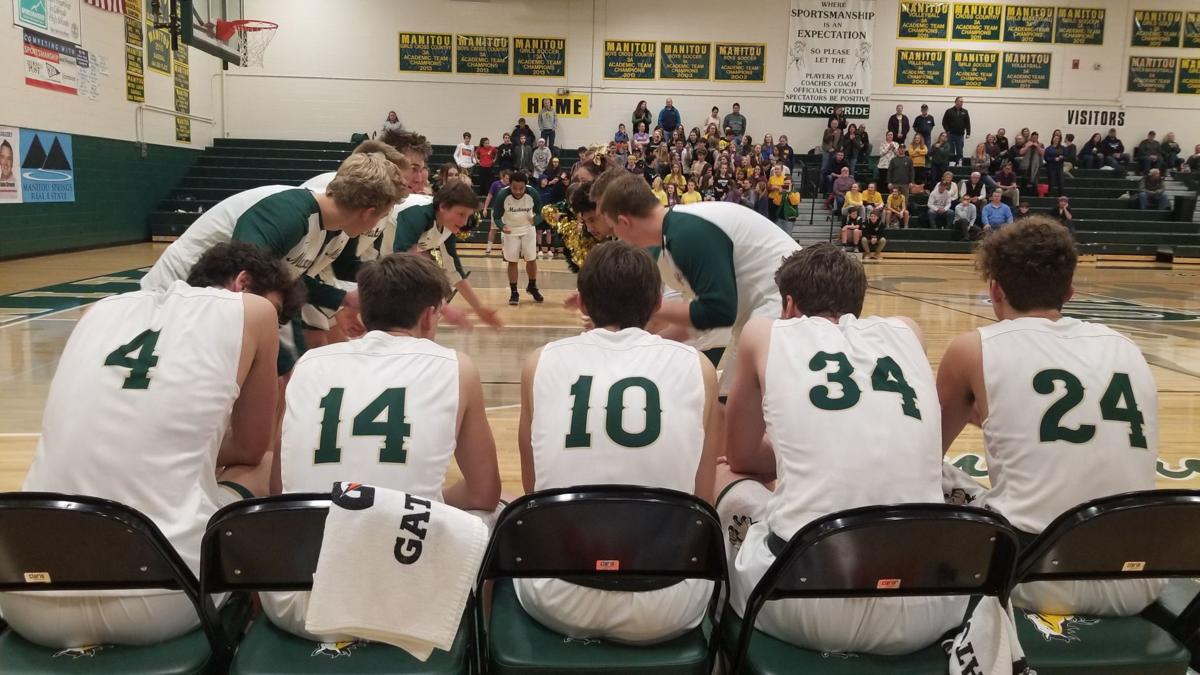 The starting five of the Manitou Springs boys' basketball team wait for their names to be called before the Mustangs play Trinidad on Thursday, Jan. 30, 2020. (Chhun Sun, The Gazette) 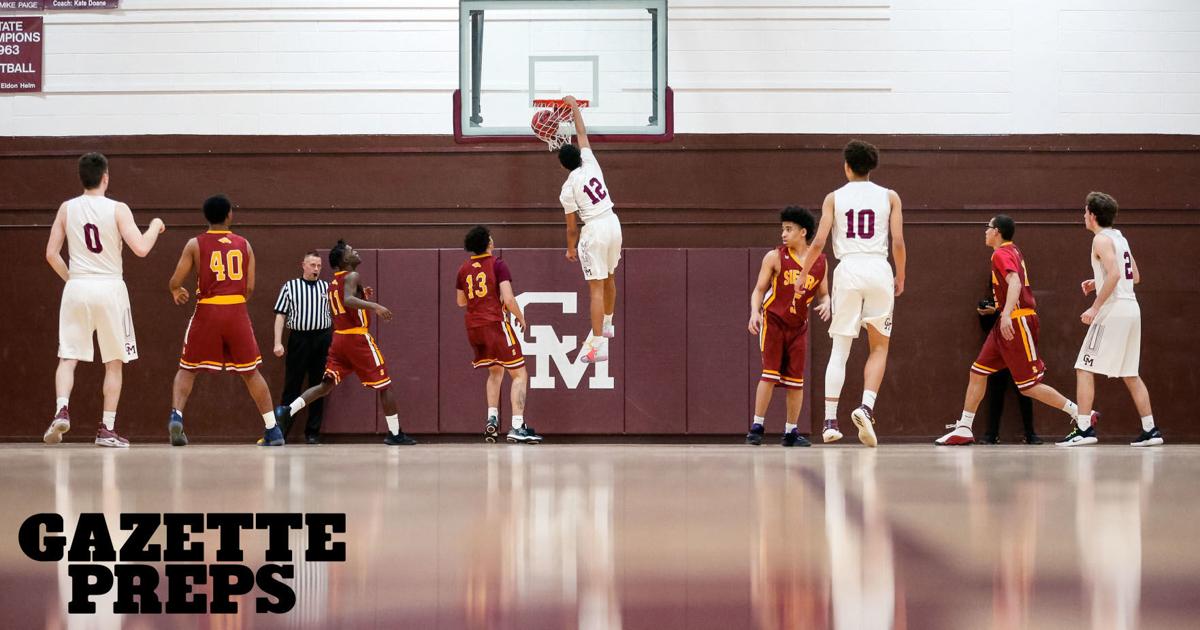 The starting five of the Manitou Springs boys' basketball team wait for their names to be called before the Mustangs play Trinidad on Thursday, Jan. 30, 2020. (Chhun Sun, The Gazette)

One team is looking to continue a winning tradition, while the other is hoping for the same and seeking some redemption after suffering through its first losing record in a long time.

The Manitou Springs boys' and girls' basketball teams are back to their winning ways.

And on Thursday, the Mustangs did it again.

Both squads dispatched Trinidad in Class 3A Tri-Peaks League action, extending their matching win streaks to six and improving their identical records to 11-2.

The girls kicked off the home doubleheader with a 39-32 win, thanks to sophomore Alexia Vigil scoring 16 points and freshman Grace Allen contributing 12. The Mustangs overcame a slow start after scoring their first bucket — an Allen 3-pointer — with just 28 seconds left in the first quarter.

Alexia Vigil gets a steal and finishes it with a fastbreak layup to give @ManitouMustangs a 38-32 lead with about a minute left.@gazettepreps #copreps pic.twitter.com/TsEN9GccGe

The Miners rallied, but Vigil stole the ball and finished it with a fast-break layup with about a minute left to secure the victory.

"The ball would not drop," Mustangs coach Justin Armour said. "I think we missed 15 layups and 15 free throws. ... We had our worst shooting night but contribute that to Trinidad. They did a great job keeping us off-balance and forcing us to taking difficult shots."

The boys have proven to be a hard-to-beat team — highlighted by their 67-50 win over St. Mary's earlier this month. They're coming off an uncharacteristic year, in which they went 11-12 and missed the state playoffs. It was their first losing season since 2009.

"Coming into this year, we wanted to try and improve," coach Brian Vechhio said. "We put in a lot of work over the summer together, and I'm super happy with the effort they give every night."

They're excelling again. Of course, the Mustangs (7-0 TPL) have challenges up ahead. A league title is up for grabs; their regular-season finale is against The Vanguard School, a state favorite this season that is also undefeated in league play.

The Manitou Springs girls face Lamar before one of their biggest tests this season, as they face reigning 3A state champion St. Mary's (12-1, 5-0) on the road Tuesday. The Mustangs (4-0 3A TPL) have not had a losing record since 2010.

"I think we're where we want to be right now," Allen said. "I think we should be proud of where we are."