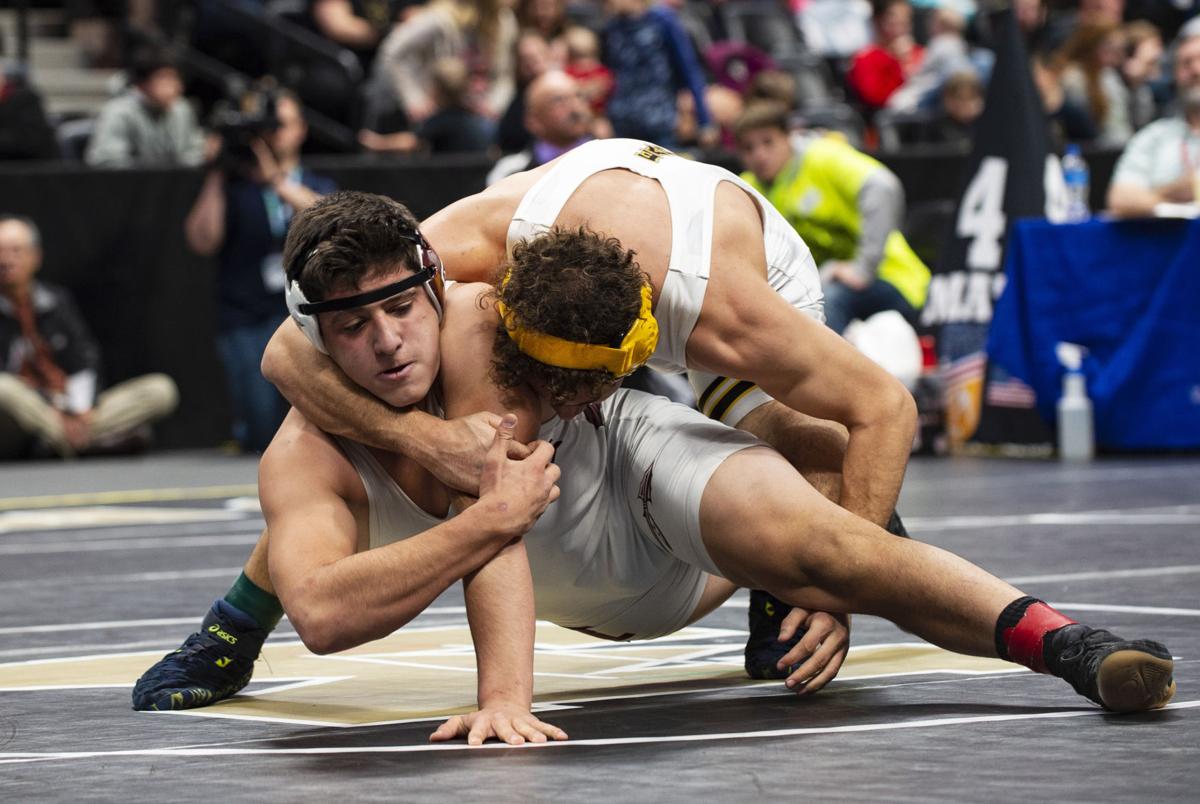 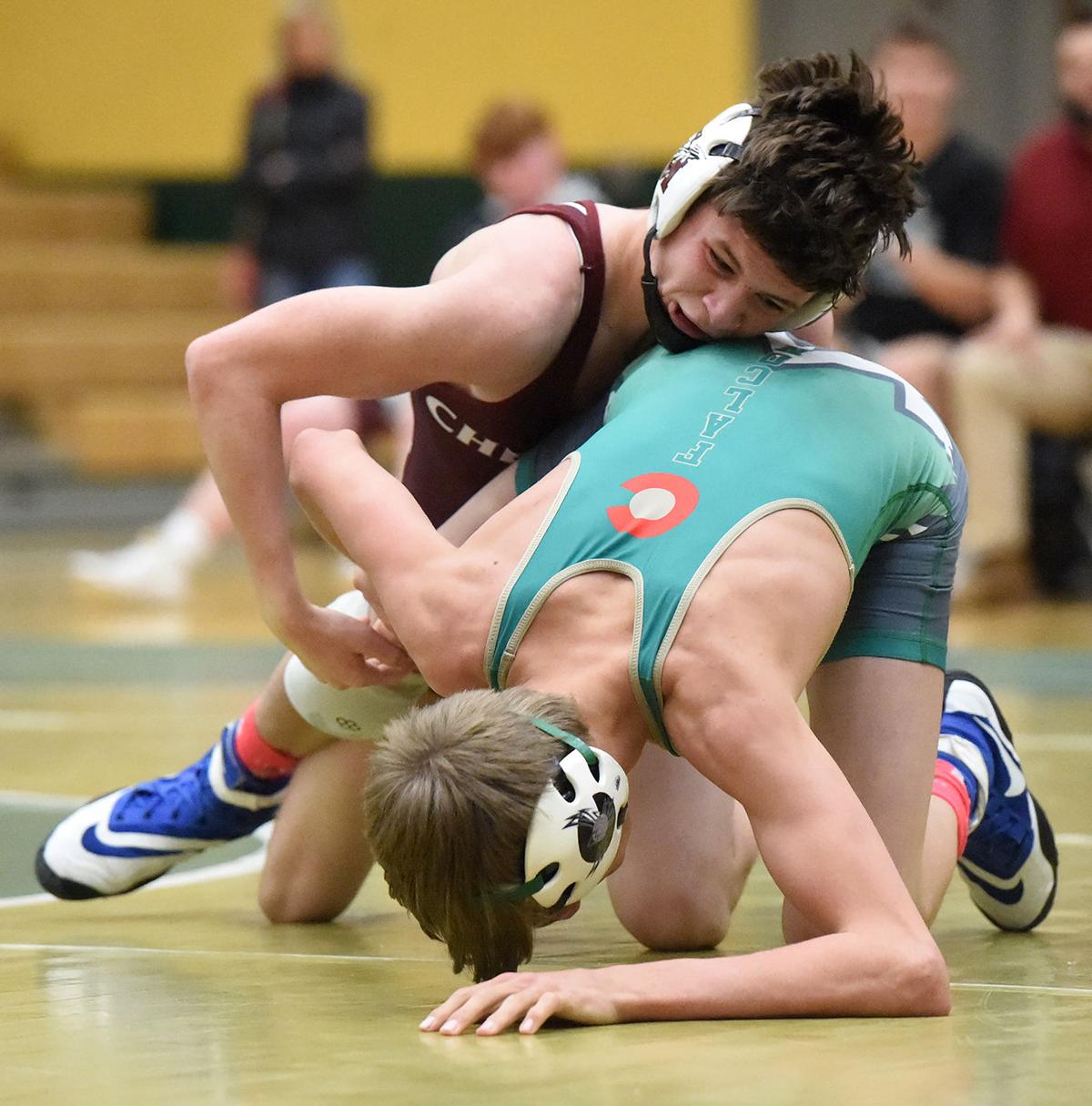 Falcon’s James Brown battles with Cheyenne Mountain’s Chase Johnson in the 120-pound weight division before winning by decision after the third round Jan. 24.

Falcon’s James Brown battles with Cheyenne Mountain’s Chase Johnson in the 120-pound weight division before winning by decision after the third round Jan. 24.

Earlier this week, coach Tyler Seaney gathered his Cheyenne Mountain wrestlers into the school's auxiliary room and spoke a truth. He told them that it was nice to get their first dual team win the night before but the season was far from over.

And soon after, they got back to work.

It's going to be a long season, but expectations are high for the Indians. They return a talented group that took sixth place in the team standings at the 2019 Class 4A state tournament. Two of the wrestlers went on to earn All-American status at the High School National tournament; they did it as freshmen.

Technically, the Indians are a young squad that boasts just one senior. But they're loaded with experience. They return four state qualifiers, including Nico Gagliardi, who kicked off his prep wrestling career with a state runner-up finish at 195 pounds.

"We're very young," Seaney said. "Anytime you have that, you're nervous about the inexperience but it makes me very excited that we're going to bring back the same guys in a couple years. Historically, that's been some of our best teams when we had young guys in the lineup and you get to see them mature, continue to break in and do some good things."

He believes his Cheyenne Mountain wrestlers can crack the top five at this year's state championship. Its highest finish is third, which the Indians have done twice in 2016 and '17.

The sixth-year coach admits that it's "impossible" not to think about his team's state potential. He sees a hard-working group that includes returning state qualifier Chase Johnson, who finished fourth last year at 120 pounds, and sophomore Billy Maddox, the other All-American wrestler.

For Gagliardi, he's looking forward. He's not stuck in the past, thinking about his state final loss. Like his fellow wrestlers, he's busy working every time he gets on a wrestling mat.

"I try not to think about it too much," he said, referring to last season. "That was in the past. I'm trying to improve myself for a better me."

A look at the Pikes Peak region's wrestling teams for the 2019-20 season.