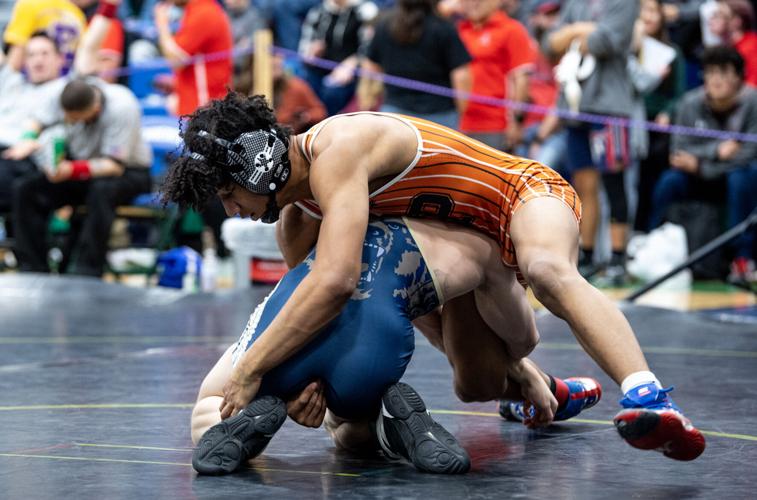 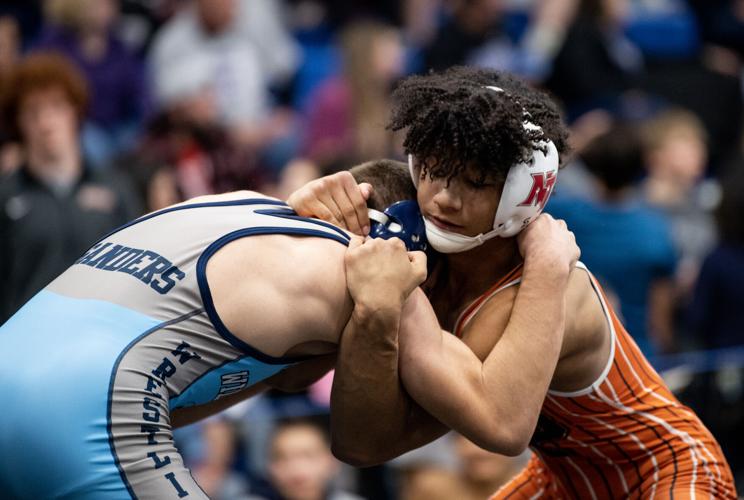 The focus in the Blackmon household has always been on refinement, rather than emptying the proverbial tank.

Isaiah Blackmon, one of five boys who came from former Olympic wrestler Ramico Blackmon, is the latest of the family to make waves in the sport. He notched his 100th win earlier this season against Cheyenne Mountain and has eyes on the single-season pin record for Lewis-Palmer.

And yet, a global pandemic had Isaiah's dream of the century mark in question.

"I do my best to motivate my teammates and make them believe they can do it one day, too, just like my family has always done for me."

Training, rather than relying solely on weights and running, involved Isaiah's older brother, Sam, roughing him up — in just the way brothers do.

The boys were all allowed to make their own paths, though, instead of being sent down the same route as their father — unless they wanted to, of course.

All along, he eyed a chance to one day surpass his brother, who now wrestles at Northwest Kansas Technical College, in the sport. Last year's 132-pound title match, and losing to Discovery Canyon senior Dominic Hargrove, added even more fuel to the fire.

"My older brother used to beat the snot out of me — I always wanted to be better than him," Blackmon said. "It's a super competitive household, I mean my dad was an Olympian.

Through the Colorado Springs Metro Championship's first day, he's on the way to a perfect tournament. He even added a pin in the second round over Widefield junior Kavan Sanders, inching his season mark of 22 closer to the all-time program record of 29.

Isaiah's younger brother, sophomore Thomas, also made it through the first day's action flawless with a bye to start, and a pin in the second round.

Lewis-Palmer's wrestling program hasn't drawn the same headlines as recent champions like Cheyenne Mountain. But coach Cole Jackson sees the impact the Blackmon family has had, and how much it has done to grow the sport.

"He's shown that we can win at Lewis-Palmer and that we can have a successful program," Jackson said. "In his four years, we've already finished top-two at regionals twice.

"He has set the tempo for the rest of our team. He's always been a competitor, and every tournament he steps onto a mat, people take notice."

A state title would be the ideal ending for Isaiah's four years at Lewis-Palmer. Even without it, his goal is attainable.

And it will leave a lasting impact on the Rangers wrestlers who follow.

"I want to leave the mat for the last time knowing I did everything I could," Isaiah said. "I've had some bad matches before where I didn't feel that way. I want that clarity of knowing I had nothing left."