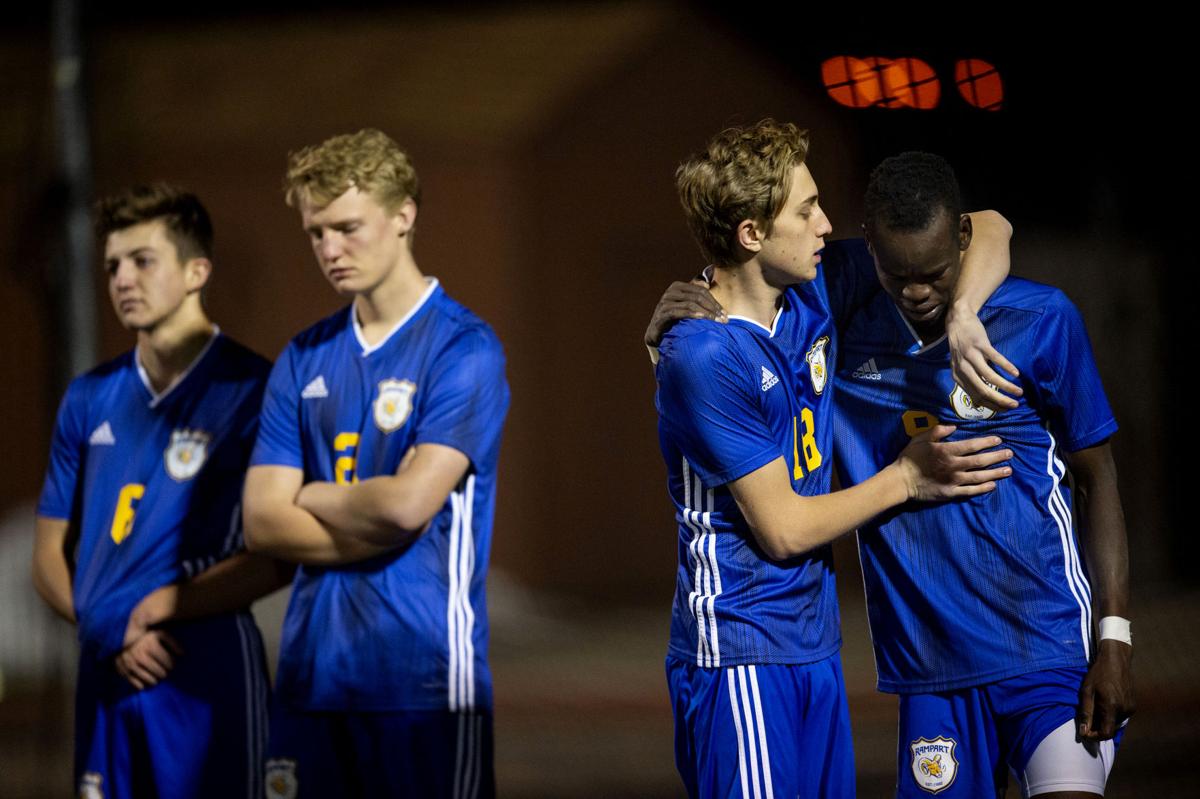 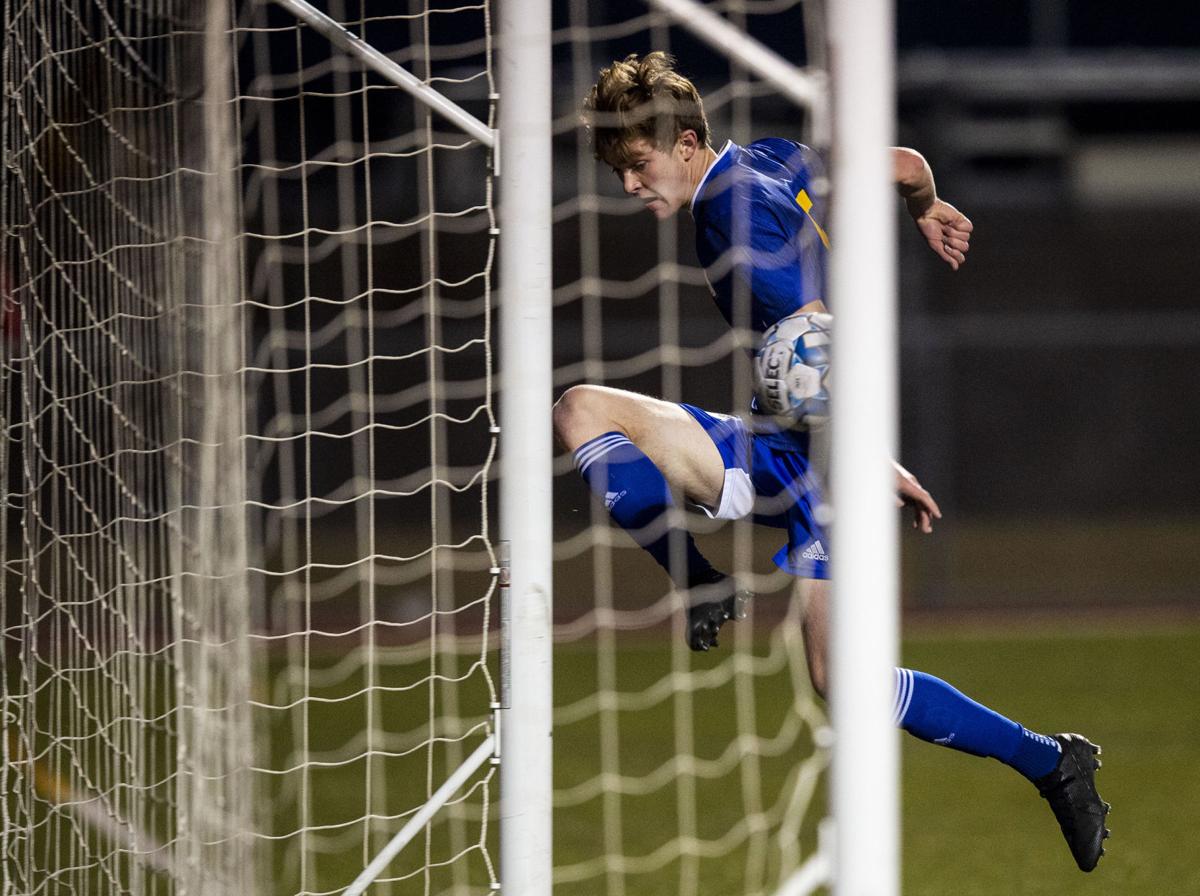 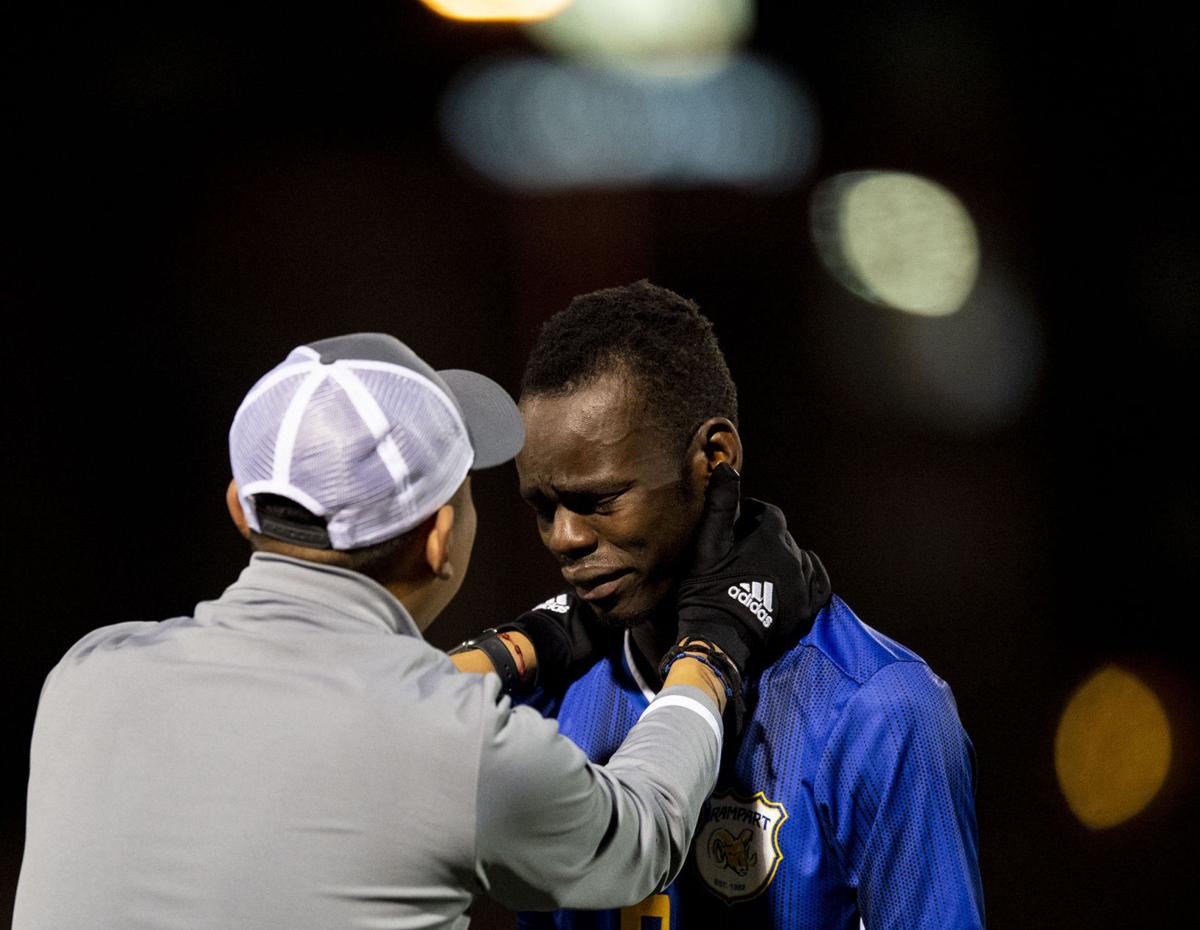 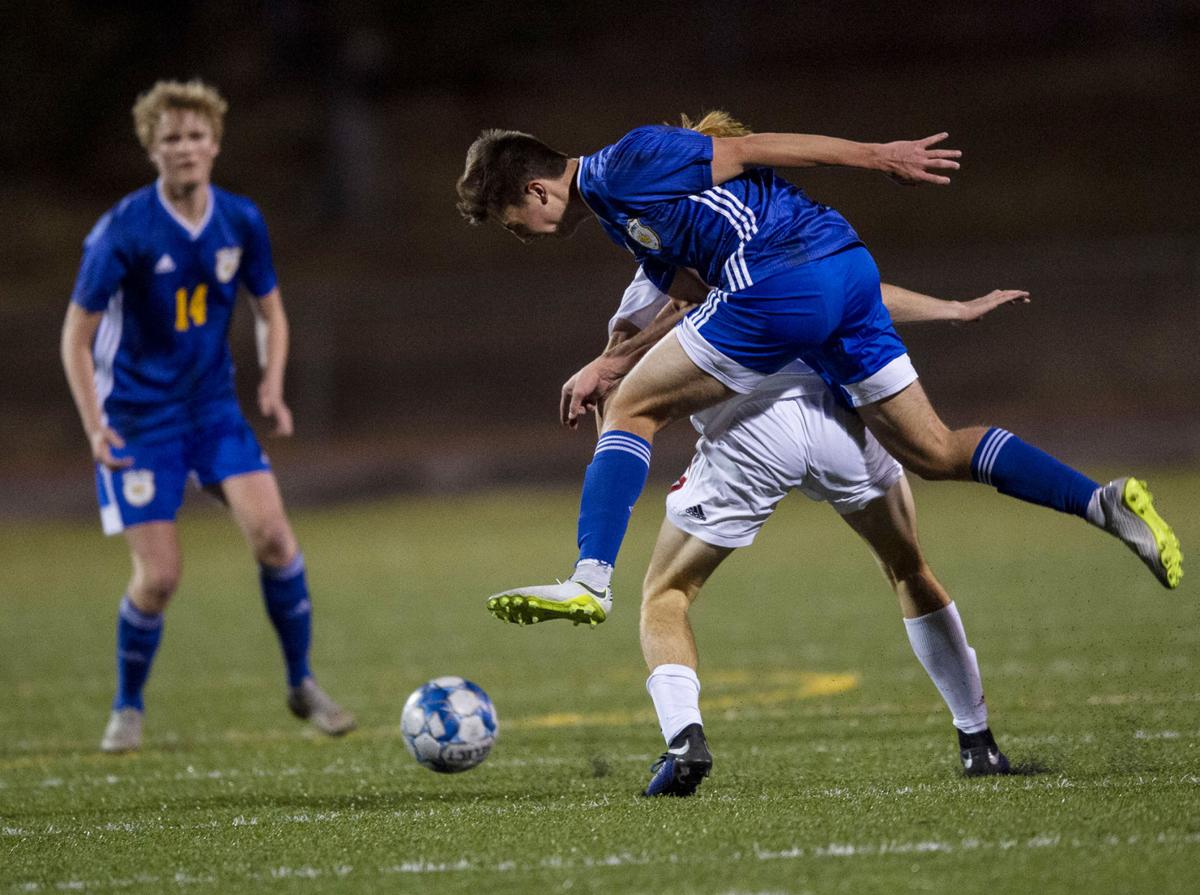 In heartbreak. In tears. In long hugs. And under the bright lights of Hatchell Field at Academy District 20 Stadium, where the Rampart boys' soccer team ruled all season long.

But an early second-half goal did in the No. 3 Rams, who fell 3-2 to No. 6 Regis Jesuit on Saturday night in the quarterfinals of the Class 5A state tournament. It was Rampart's first and only loss this year.

"It was hard to see it come to an end," Rams coach Karl Anderson said.

He gave out hugs while some of his players sat on the turf field, seemingly in disbelief. After all, it was a historic run.

With 18 seniors on the roster, Rampart boasted an undefeated regular season. The Rams also finally got past the first round after three previous failed tries, thanks to topping No. 30 Chatfield 5-2 on Oct. 31.

And earlier in the week, the Rams got some national attention. Their game-winning, double-header assist in a 1-0 win over Rock Canyon in the second round was featured on SportsCenter's Twitter account, garnering more than 442,000 views.

On Saturday night, the game was tied 2-2 entering the second half. But 5 minutes in, Regis' Eli Hilt took advantage of what appeared to be a defensive miscommunication — as the Rampart goalkeeper was out of position — to score a goal and give the Raiders a 3-2 lead.

The Rams had a few more scoring chances but never capitalized.

The Rams struck first. In the 11th minute, Peters took a cross to his chest before he regained the ball to kick it in with his right foot as he ran past the right goal post.

But Regis Jesuit was relentless, scoring two goals in a span of 4 minutes. Casey McCloskey nailed a free kick from about 20 yards in the 16th minute, followed by a breakaway goal by Brendan O'Toole.

Then, just before the end of the first half, Rampart's Shane Bryan took a free kick near midfield and sent it to right in front of the goal, where Kyle Bergmeier seemingly elevated above the crowd to head it in to tie up the game.

But Regis Jesuit's early second-half goal put Rampart at a disadvantage the rest of the way.

Asked what this season meant, Anderson fought back tears. He finally got a single word out.

The Rampart boys' soccer team comes up with a shutout win over Coronado to finish the regular season with an unbeaten record, its first in program history.