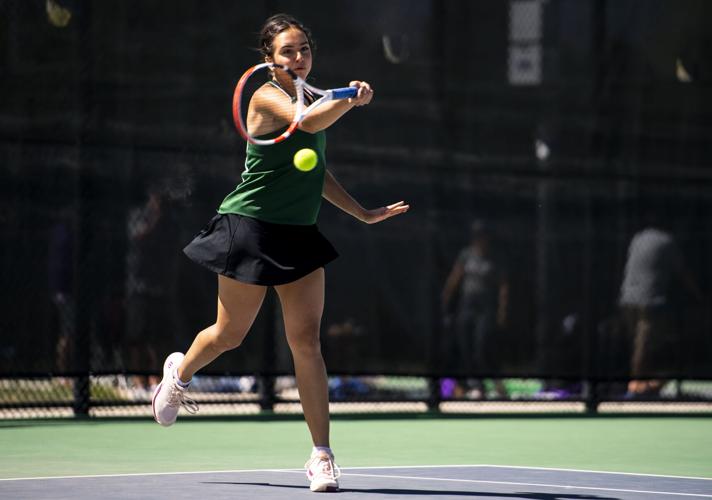 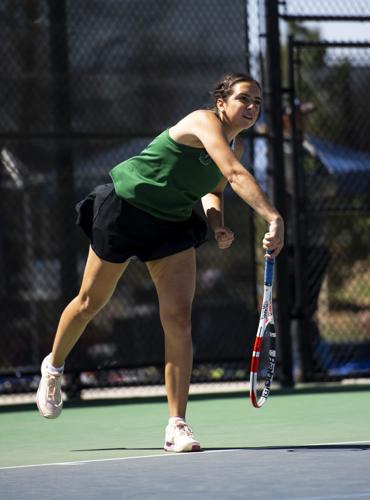 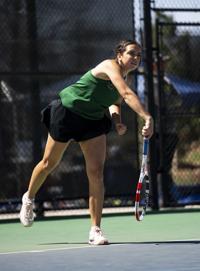 St. Mary’s High School senior Ellie Hartman watches the ball after a hit during her first match of the 3A girls tennis state championships Thursday at Memorial Park. (Parker Seibold / The Gazette) 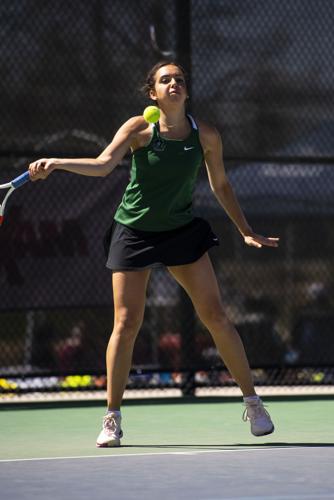 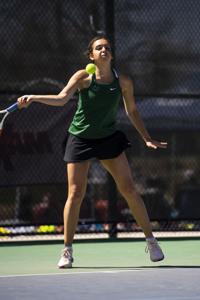 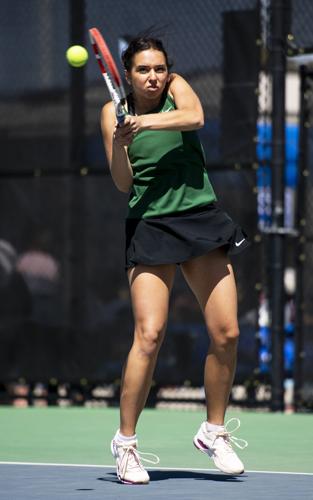 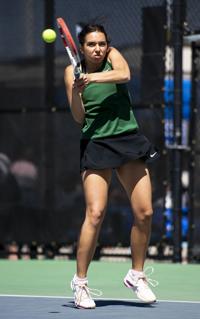 St. Mary’s High School senior Ellie Hartman watches the ball after a hit during her first match of the 3A girls tennis state championships Thursday at Memorial Park. (Parker Seibold / The Gazette)

Ellie Hartman tried to stay as far out of sight as possible.

The atypically long warm-ups she did, the constant frustration, she tried to hide it from the world by going to a distant court. Hartman lost her forehand shot junior year.

Some call it the yips, others call it a brain block, but Hartman just called it a challenge.

She wasn't going to quit a sport she's played since childhood, nor was she going to let down those who've helped her get to a level where she could capture the first No. 1 singles title in school history — as she did to cap her high school career this year.

Hartman worked through it all, and came out reinvigorated. And for it, she is Peak Performer of the latest girls' tennis campaign after going undefeated and capturing a 3A individual title.

By her side was longtime coach, both in school and outside, Marc Knutila and assistant coach Josh Voss.

The latter was most involved in reforming her forehand swing, while both were tattooed to the side of the Memorial Park nets the first time Hartman faced high school competition again after a grueling summer of corrections.

It wasn't until Hartman's third or fourth match that all parties involved took a collective breath.

"I grew up around sports and tennis, and I'd never seen someone that good have a shot just go away," Knutila said. "I knew she would get it back because of her drive.

"Inside, I have no control, so all I can do is watch. It wasn't until I watched her swing all the way through a forehand in a match against a good opponent that I was able to really move on from it."

Brainstorming went from being a classroom chore to overtaking tennis practices.

Knutila, and the local coaches he'd talked to, had never seen a forehand go missing either — not for a player of Hartman's caliber.

Despite being a former basketball coach himself, Hartman's father Paul hadn't seen anything like it either.

Everyone cared and was enabled to chime in, but the opinions led Hartman to start from the beginning again.

Knutila and Voss worked to open her stance more and change the placement of Hartman's contact with the ball. Luckily, the former has experience with changing her shots — he's been working with her since she was 12 years old and has practically overhauled every part of her tennis game since.

The short walk from Hartman's house to the Memorial Park tennis courts became a worn path. Coaches at the complex would even look out of the shop's window and shake their heads — she practically never left.

First, she benefited from a forfeit against Sierra. Then, a perfect win over Pueblo County's Anna Kleven. By the end of her first four matches, Hartman was undefeated with only two dropped points.

She finished the season 13-0 before heading to state to face D'Evelyn senior Grace Li — who beat Hartman in the semifinals in 2021 while she struggled through forehand woes.

By the time she arrived at Memorial Park's final round, Hartman had taken all the lessons from the past year and used them.

"I finally got to go in, knowing I had my game again," Hartman said. "I went from thinking about long-term goals to focusing on smaller successes — landing my forehand properly.

"I embraced a point-to-point mindset and it helped me a ton."

After the summer's work and a four-month break to help lead the St. Mary's girls' basketball team to the Great 8, Hartman was able to finally drop the long warm-ups and be in the bright light, rather than the shadows.

Overcoming a mental block is one of the hardest things to do for an athlete, and Hartman did it in one off-season.

Talk about leading by example.

Discovery Canyon's Quintin McCarty delivered on his promise to return to the program after an international run with the U.S. swim team, and earned Peak Performer for his efforts.