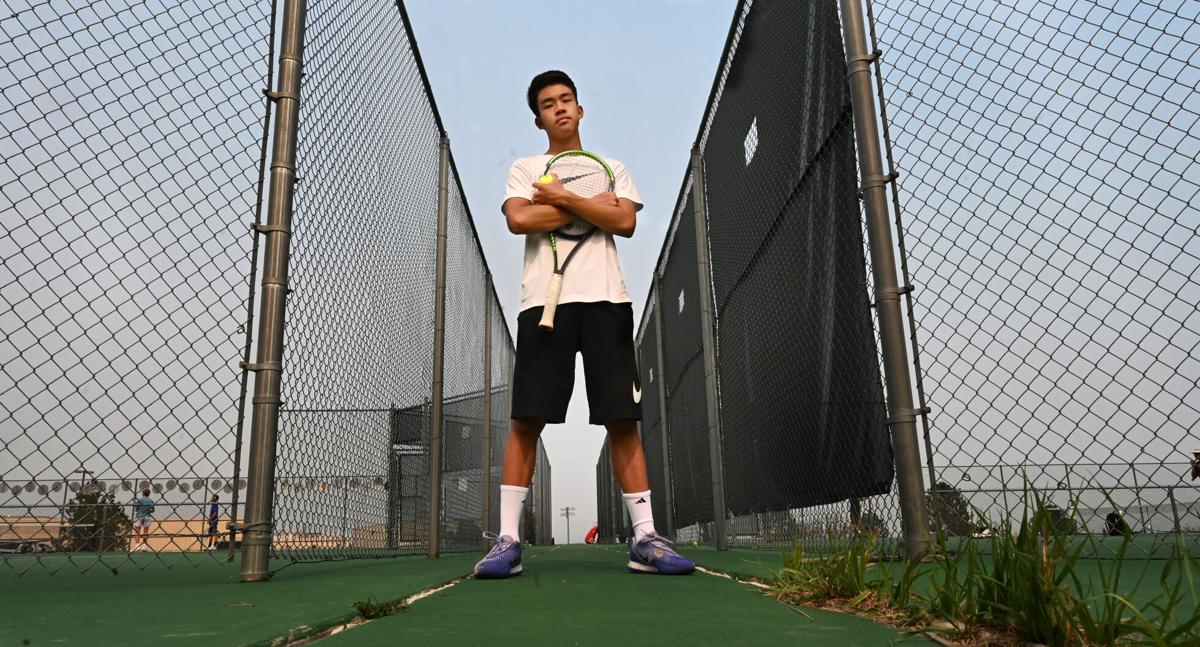 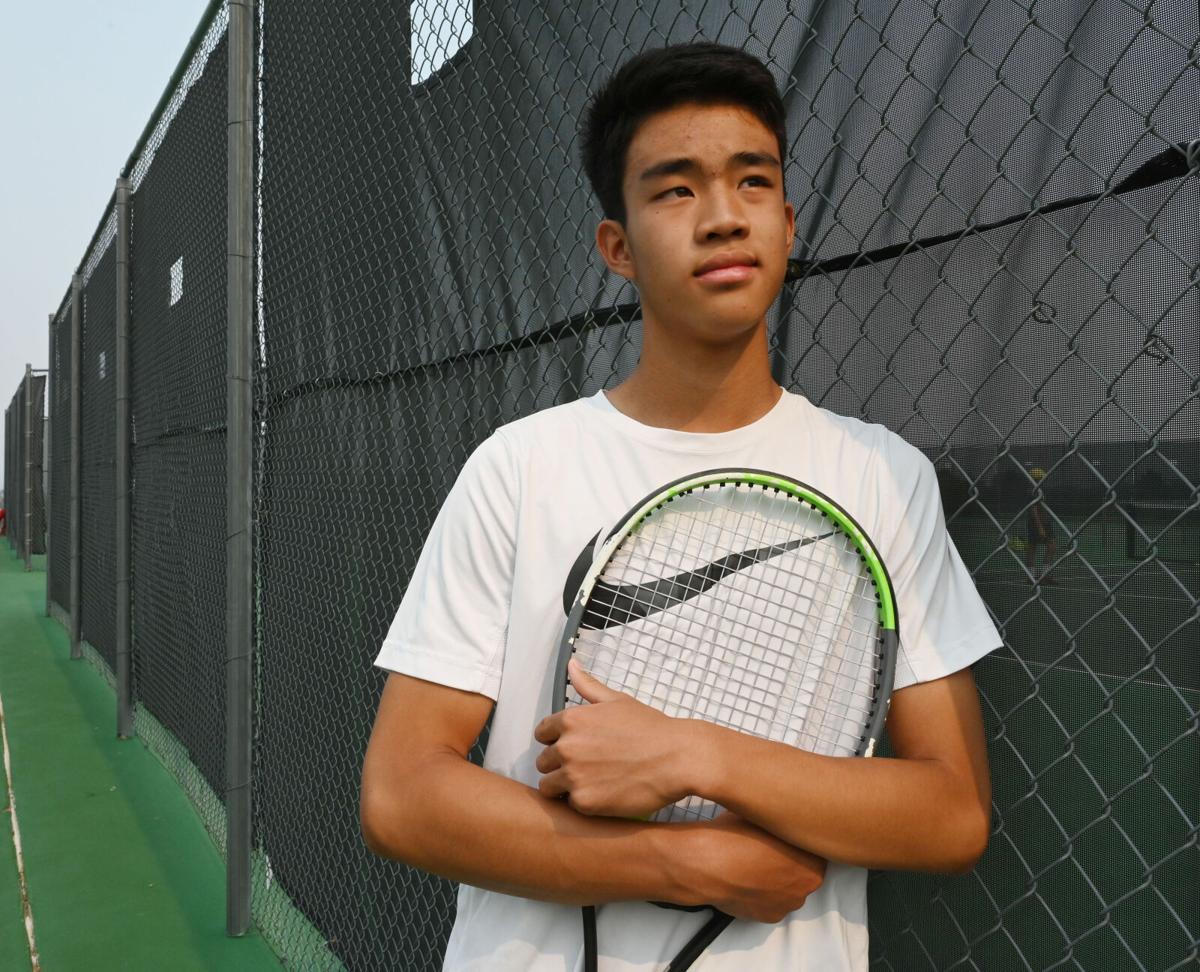 And even as an eighth-grader, Zhou knew what he wanted. To be a singles player for the renowned Cheyenne Mountain tennis team.

“He came up to me and said, ‘I want to be a singles player,’” said Adams, who at that time had a complete singles roster of returning athletes. “I told him it’ll be competitive to make the team, and he said again, ‘I want to make singles.’”

Zhou snuck on the team as a freshman in No. 4 doubles, ultimately finishing third at the 4A state championships and helping Cheyenne Mountain break a six-year team title drought.

Now, Zhou is proving his worth as a young No. 3 singles player as Cheyenne Mountain aims to repeat and clinch the school’s 100th overall state championship.

“It’s an honor and a privilege, but now that I’m here I have to continue to work hard, win games and then win points for my team at state,” Zhou said. “Making the singles spot on the team is just the beginning. The real journey is winning points at state and getting better through the season.”

Last week Zhou rebounded from a tough three-set loss to Colorado Academy to claim two-set victories over Kent Denver and Lewis-Palmer. His efforts to defeat Kent Denver’s Reed Haymons 6-4, 6-2 helped Cheyenne Mountain earn a 4-3 win and the title of Gazette Preps Peak Performer of the Week.

“The match against Colorado Academy was pretty hard. I was up 5-2 in the third, and I had two match points I could have won, but I lost them both. But I think that match was a good learning experience,” said Zhou, who watched U.S. Open matches and studied the players’ actions in preparation for his next match. “I asked myself, ‘what do the pros do when they have a lead,’ and I tried to transition that into my play.”

Adams wasn’t surprised when Zhou rebounded from his only loss of the season so quickly.

“He's the kind of kid who will be eager to get out the next time, not afraid and just really excited to set things right,” Adams said.

Though sometimes he can get over-excited, Zhou admits. He recalled playing in his state championship matches and the loud, exciting atmosphere and noted his biggest challenge so far this season has been to settle down and watch the match in front of him.

It’ll be an uphill battle, Zhou said. After analyzing the top talent in the state Zhou believes a majority of the top No. 3 singles players are on the same level, and believes his preparation for the state tournament will be the deciding factor.

“It's not going to be easy,” Zhou said. “It’s going to come down to who works harder the next three weeks. I’m just going to try to be the hardest worker, that’s all I can do.”

Peak Performers and Other Peaks are selected based on performances from Aug. 31 to Sept. 5. To nominate a Peak Performer of the Week email preps@gazette.com.

Hanna Espinoza, so. Elizabeth softball: In a dominant 3-0 week in which the Cardinals outscored opponents 31-2, Espinoza did a little bit of everything. The sophomore had four RBIs off five hits, and on the mound she collected 11 strikeouts through six innings and allowed two hits.

Ben Conlin, sr., Rampart boys’ cross country: Conlin became the first local runner to break the 16-minute mark last week with a win at his home Rampart meet. His time of 15:49 is the seventh-fastest time in the state.

Kylie Simshauser, sr. Florence girls’ cross country: Simshauser won the 46th annual Rocky Ford Invitational with a time of 18:35.50, a personal record by over a minute. She crossed the finish line more than three minutes and 22 seconds ahead of the field.

Wesley Erling, so., Pine Creek boys’ golf: After placing second, third and 11th at respective invitationals, Erling finally claimed his first invitational win last week, finishing 1-under par at his home Pine Creek Invitational. He had five birdies and an eagle in the victory.

Missed shots turned into a missed opportunity for the Denver Nuggets.