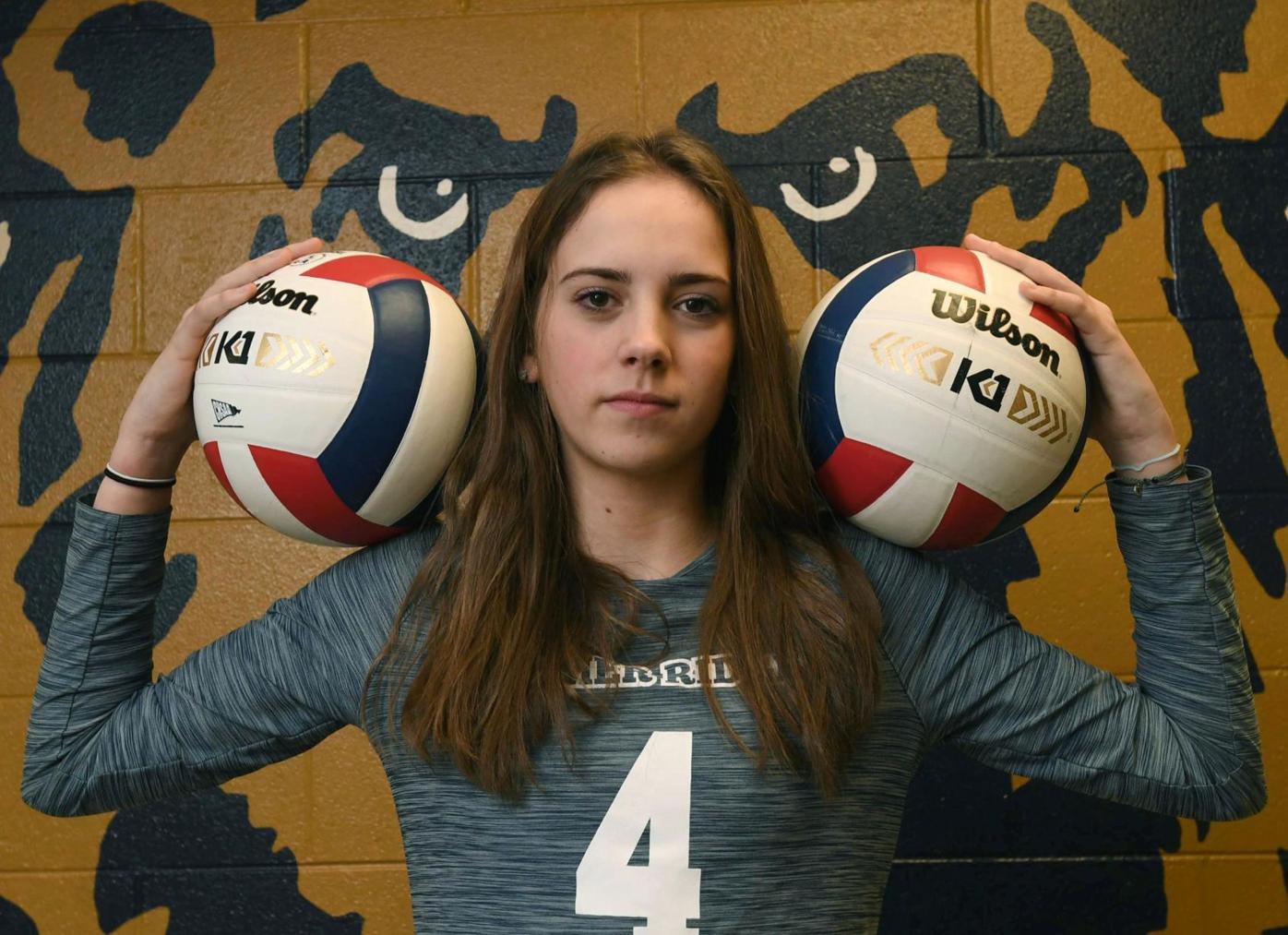 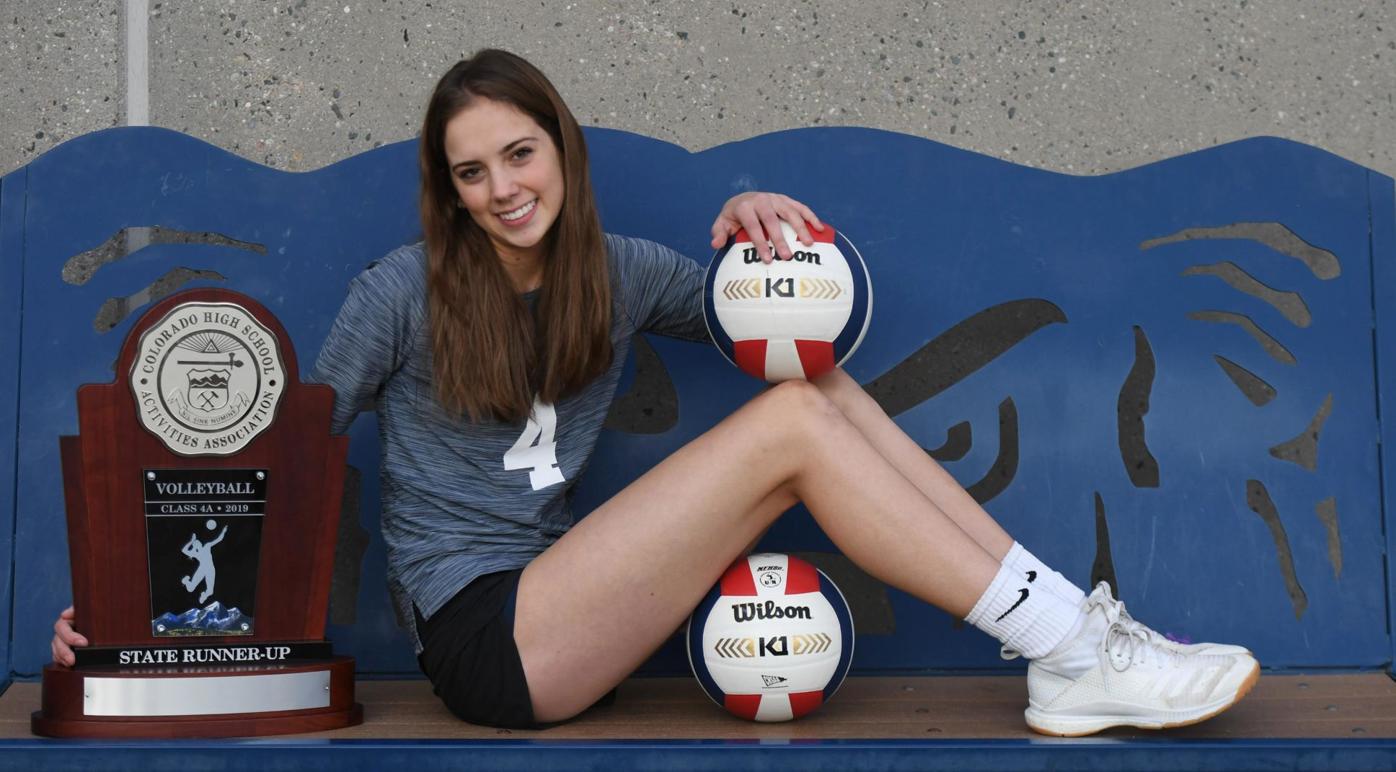 It might be difficult to list all the reasons Palmer Ridge's volleyball team accomplished so much over the weekend.

But a good start would be junior Riley Anderson.

She's a Bears' outside hitter and a big reason why the No. 9-ranked team advanced all the way to the Class 4A state title match at Denver Coliseum on Saturday night. Ultimately, Palmer Ridge fell in a five-set thriller to none other than its Monument crosstown rival, Lewis-Palmer.

In five state tournament matches last week, she amassed 107 kills, six aces, eight blocks and 55 digs as her Bears pulled off upset after upset. One of her best performances came against Cheyenne Mountain in the semifinals, when she recorded a season-high 32 kills.

And get this: She has one year left of high school volleyball. Point this out to her, and she can't help but smile, especially knowing that she'll be one of five returning starters.

"I think next year is an opportunity to learn and grow," Anderson said. "With ending this year as the runner-up, I think next year we could finish with the gold. It'd be a great experience."

The Bears made a Cinderella-type run, starting with an upset of No. 1 Pueblo County in the second round of the winners' bracket. That was followed by topping No. 5 Coronado in four sets before facing No. 10 Cheyenne Mountain in the semifinals.

In the last match, Anderson led the way. She had her season-high in kills, enough to lift Palmer Ridge to the championship match against Lewis-Palmer, which had to duel it out in five sets. The Rangers won 20-25, 25-21, 25-18, 21-25, 15-9 to capture their fourth consecutive state title.

Undoubtedly, it was an emotional end for the Bears.

Anderson, known as a quiet leader, took it hard. Asked about what comes to mind when she thinks about her team's state tournament run, she gets choked up. At the same time, she's proud of what the Bears accomplished despite being a lower-seeded team.

"She lets her game do most of the talking for her," Palmer Ridge coach Trevor Sullivan said. "She has a yearning to be better all the time."

Highlights: Anderson was a force in front of the net, leading the Bears to an improbable run as the No. 9 seed to the Class 4A state title game, where they ultimately lost in a five-set thriller to Monument rival and third-ranked Lewis-Palmer. In five state tournament matches, she amassed 107 kills, six aces, eight blocks and 55 digs — including 32 kills against Cheyenne Mountain in the semifinals.

The junior quarterback threw for five touchdowns and 332 yards on 18-of-24 passing to lead the No. 4 Bears to a 63-7 win over No. 13 Holy Family in the Class 3A state playoffs opener Friday. It was the third time this season McAllister threw for more than 300 yards in a game.

The senior running back turned Hatchell Field at Academy District 20 Stadium into his personal playground Friday, finishing with four touchdowns and 202 yards on just eight touches to lead the top-ranked Eagles to a 48-13 win over No. 16 Longmont in the Class 4A state playoffs opener. And he did it all in the first half.

The senior striker scored the No. 5 Kadets' lone goal in a 2-1 loss to No. 3 Skyview in the Class 4A state title game Saturday. It was his 29th goal, the most on the Air Academy roster, to go along with 16 assists. He finished his career with two state titles and a runner-up showing.

The senior goalkeeper had clutch save after clutch save in the No. 18 Eagles' eventual 1-0 loss to No. 6 Regis Jesuit in the Class 5A semifinals last week. It was the Eagles' first goal allowed in more than 200 minutes in the state tournament.

The senior duo came in clutch for the Rangers, who won their fourth straight Class 4A state title Saturday after beating crosstown rival Palmer Ridge. Bartalo, a libero, led Lewis-Palmer in digs all season long, including 32 of them in the championship match. Norman, on the other hand, finished with double-digit kills throughout the state tournament, highlighted by 20 against Palmer Ridge.

This week's Gazette Preps Peak Performer is Ethan Mann, who scored two goals in No. 8 Lewis-Palmer's 3-1 win Saturday over top-seeded Battle Mountain this past weekend to lift the Rangers to the Class 4A state boys' soccer tournament semifinals.