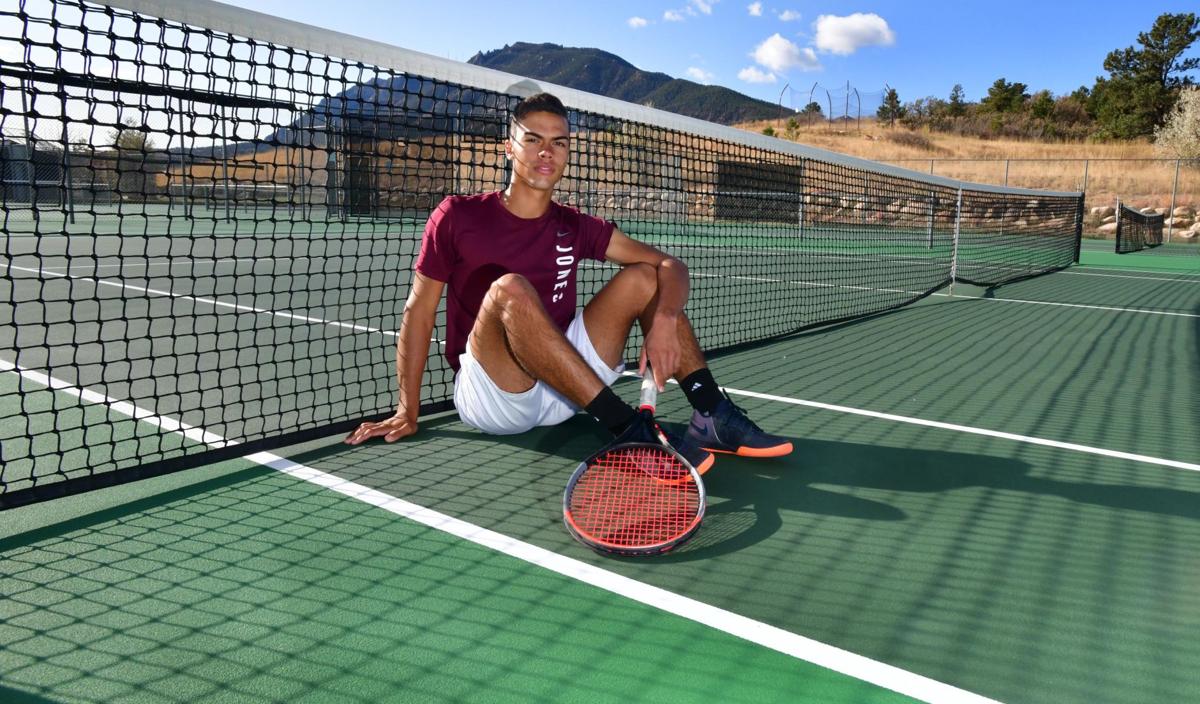 He won the Class 4A state title at No. 2 singles for the team champion Indians. 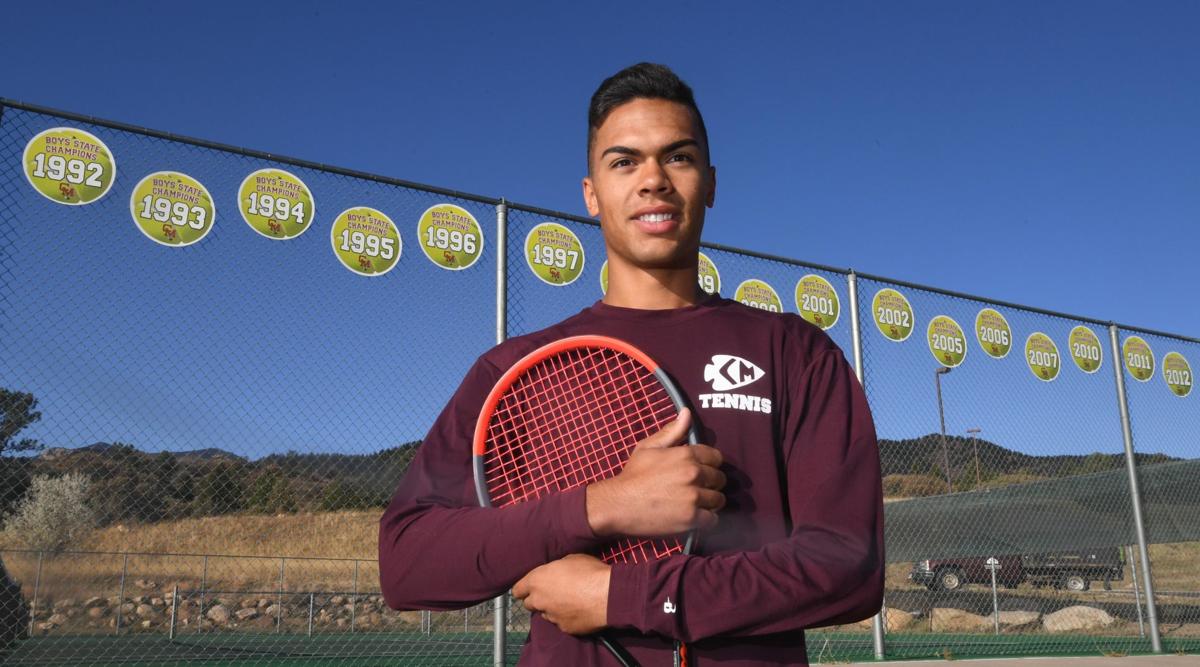 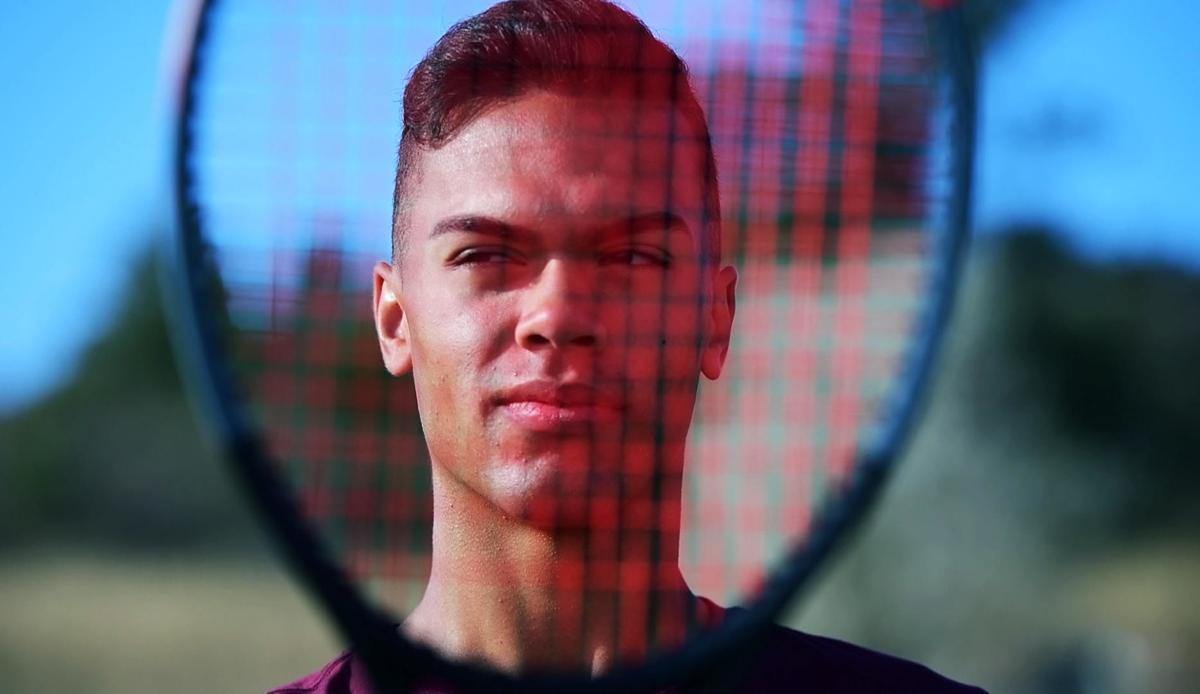 He won the Class 4A state title at No. 2 singles for the team champion Indians.

Cheyenne Mountain's Paul Jones had a simple mindset before he recently faced a familiar foe, someone who had beaten him earlier in the boys' tennis season.

Stay in the moment.

This was Saturday, when the senior played Mullen's George Henry Hanzel in the No. 2 singles final of the Class 4A state tournament. This time, Jones won 6-1, 6-2 to claim an individual title.

It also helped the Indians earn their first state championship since 2012.

For Jones, the individual accomplishments are nice but he'd rather focus on his team.

"I think we all had it in the back of our minds that we all have a really good chance this year and that we really should work hard to get to that point, and I think we all did," he said. "It ended the way we wanted to."

Jones started his tournament in dominant fashion, cruising to a 6-0, 6-1 win over Palmer Ridge's Ben Carlander. He gave up just three games in the next two matches before he faced Mullen's Hanzel.

The two played each other Sept. 5, and Hanzel won 6-3, 6-4. That was Jones' first of two regular-season losses; his other came against Cherry Creek's Matt Batmunkh, an eventual Class 5A state finalist.

On Saturday, Jones got the win over Hanzel.

The victory was crucial for the Indians, who entered the third and final day needing just one point to clinch the state title. It was a lot of pressure, considering that Cheyenne Mountain lost the championship by a single point in 2008.

Then, Jones did his team a huge favor just an hour after the championship matches started. They celebrated with hugs and high-fives. From there, the Indians dominated with one more singles and two doubles titles to finish with 85 points — well ahead of runner-up Mullen (57).

Soon after the last state tournament matches ended, Cheyenne Mountain coach Dave Adams recapped his team's day. There was a lot to go over but he had to say one thing about his No. 2 singles player.

"Paul was so dominant," he said.

Highlights: Jones dominated in the Class 4A state tournament last week, losing just seven games en route to the No. 2 singles title. In the finals, he got some redemption. He topped Mullen's George Henry Hanzel, who beat Jones earlier in the season. His performance helped the Indians win their first state team title since 2012.

The senior did nearly everything in the Titans' 10-9 win over Elizabeth on Friday. He recorded 10 tackles (seven solo), pulled down an interception and kicked in the game-winning, 26-yard field goal.

The junior quarterback scored twice — one rushing, one passing — to lift the Trojans to a 23-14 win over Chaparral on Friday night. It was the second straight win for Fountain-Fort Carson (3-5, 2-1 5A South).

The senior rushed for four touchdowns to carry the Thunder to a 37-7 victory and a 2-0 record in Class 3A Central League play. He increased his season total to 17 TDs.

The senior had six RBIs and one home run in the Grizzlies' three-game run at the Class 4A Region 1 tournament over the weekend. Mesa Ridge beat Northridge 19-8 in the opening round, thanks in part to Ornelas' five-RBI, one-homer performance. The Grizzlies went on to beat Weld Central 3-2 to advance to the state playoffs.

The senior struck out 29 batters during the Cougars' three-game run at the Class 4A Region 5 playoffs over the weekend. In a 7-6 loss to Pueblo South, she threw 15 strikeouts in nearly nine innings. Coronado won two games to earn a state tournament bid.

They both recorded hat tricks in the Gryphons' 10-0 win over Ellicott on Saturday. Last week, Nisbeth totaled 10 goals during three victories.

The senior had 23 kills to go along with five aces and five blocks in wins over Sierra and The Classical Academy last week. The Panthers (14-1) have given up only four sets all season.

This week's Peak Performer is Torie Bass, one of the most consistent players for Fountain-Fort Carson softball.