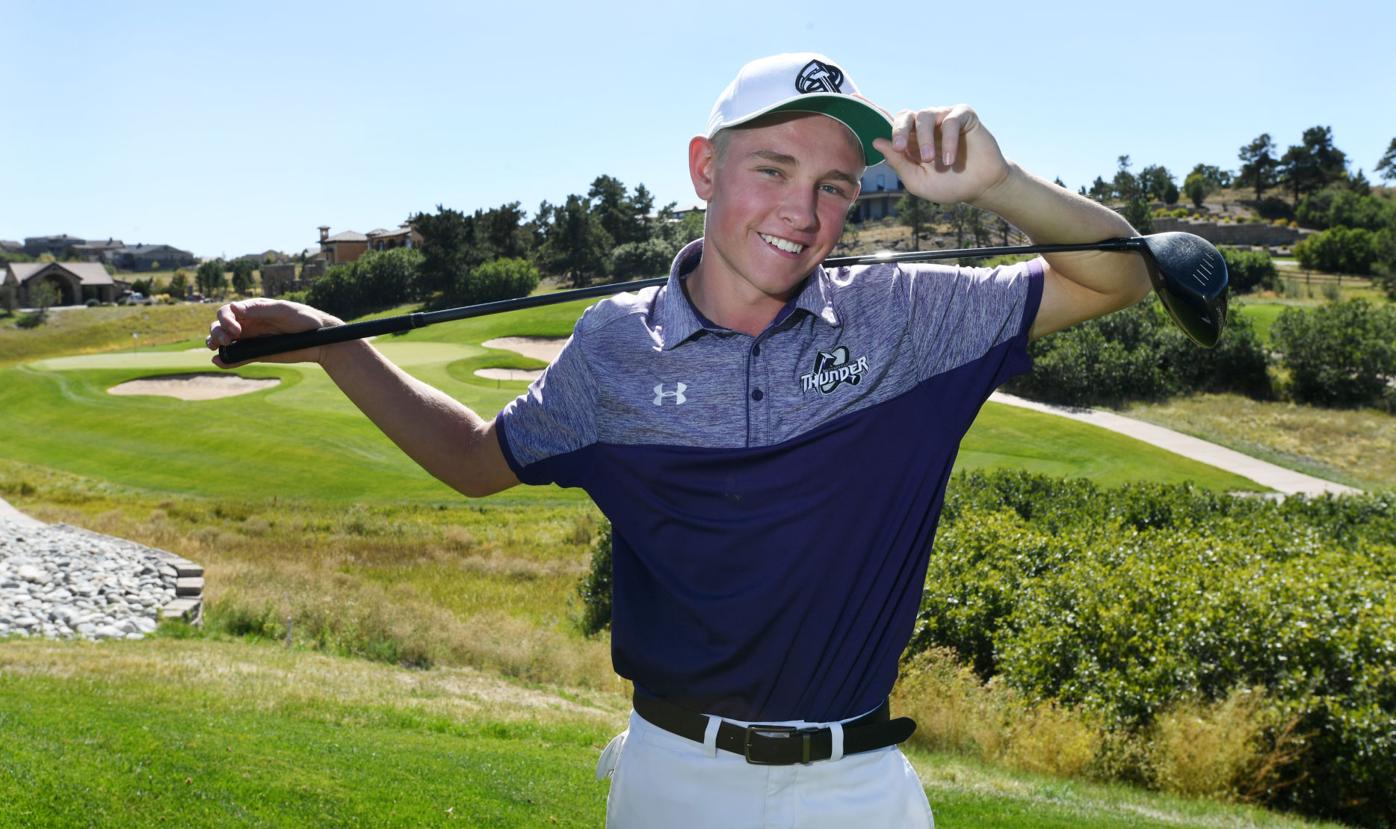 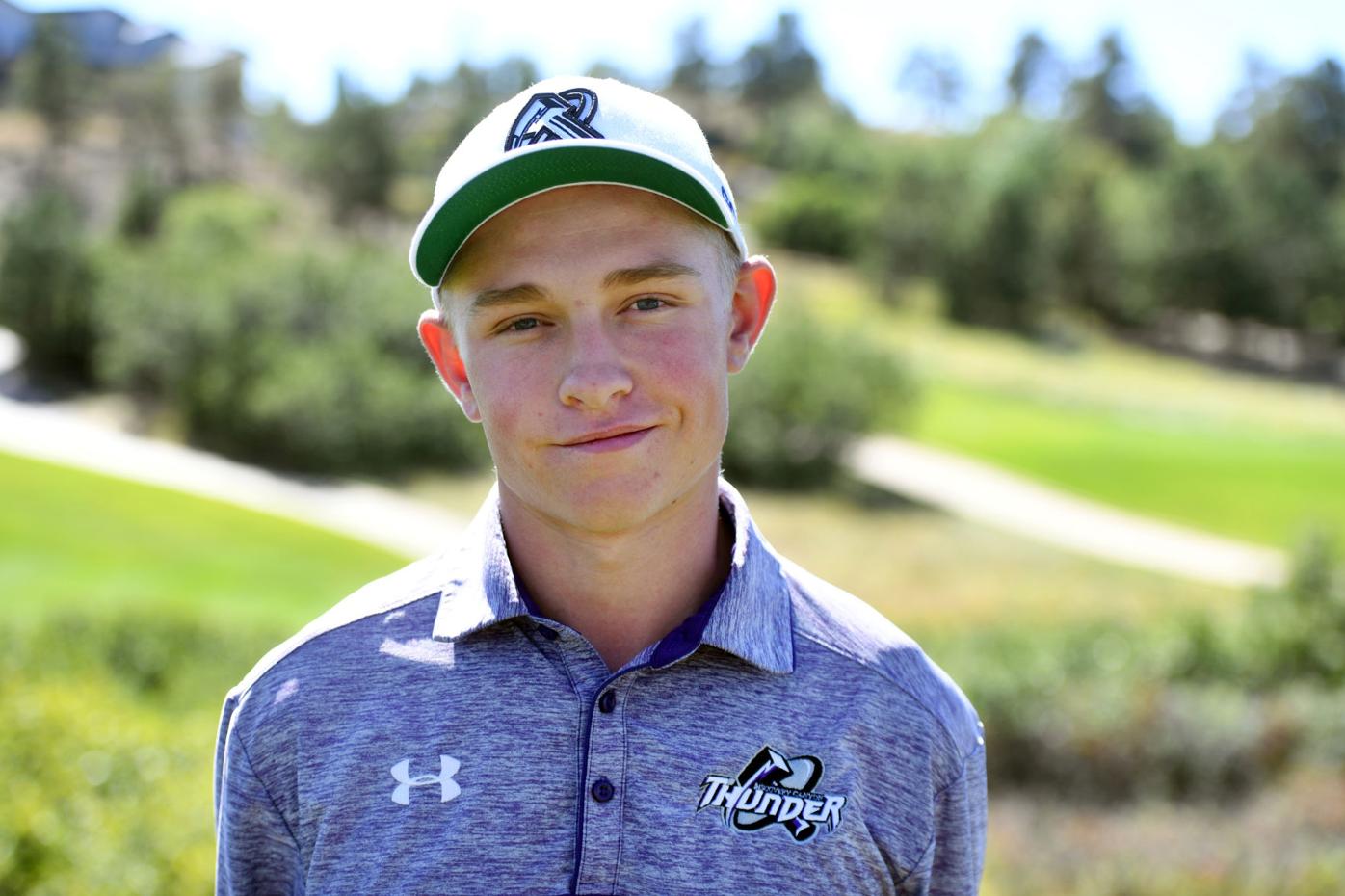 It went down to the last putt.

And for Discovery Canyon junior Kaden Ford, he was expecting it. It happened at last week's Class 4A Region 1 tournament at Desert Hawk Golf Course in Pueblo West, where he sunk a 5-footer to finish 1-over-par 73 and capture the individual title.

To get to this point, he knew it wasn't going to be easy. He knew that he'd be challenged the entire time.

"I wasn't super surprised that I won but I was super excited," said Ford, whose efforts landed him this week's Gazette Preps Peak Performer honor. "It meant a lot to me."

His play also led the Thunder to the team regional title.

In the end, they celebrated by advancing all four golfers to next week's Class 4A championship at The Bridges in Montrose. Ford, Josh Hampton, Scott Leveque and Cole Brewster all look to contend for the state title.

Ford has his eyes on the state individual trophy this year, too.

To help prepare, he's been playing at The Bridges. He recently completed a practice round at the golf course, and he hopes to add a couple of more rounds before the two-day state tournament commences Oct. 7.

"I'm really excited about it," he said. "It's a really nice golf course, and I think I have a chance to win if I play well both days."

Ford is using Luke Trujillo as motivation. The now-Air Force golfer captured the state individual title when he was a Discovery Canyon junior; his play helped the Thunder land the top team prize in 2016.

"I think it'd be pretty cool if I won as a junior," Ford said.

All season, he's proven himself as a competitor. At the regional tournament, he shot par on the first day. That was followed by another close round , where he was tied for first with Lewis-Palmer's Gregory Lewis on the final hole.

Ford stayed calm and finished with his 11th par of the tournament. He also had two birdies.

And now, Ford is looking at capturing the state's top prize.

"State is well within his reach," Discovery Canyon coach Mark Liggett said. "If all comes together at state, we will see how far he gets."

Last year, Montrose's Micah Stangebye won the title after shooting 4-under par, five strokes ahead of the runner-up. Stangebye returns next week to the state tournament in hopes of repeating.

Highlights: Ford sunk a 5-foot par on the final hole to finish 1-over par 73 and win the Class 4A Region 1 tournament last week. His performance helped the Thunder finish with the team title.

The senior is looking to make another impressive run at the state meet. This was evident Saturday, when he finished in 15 minutes, 53 seconds in the boys' race at the Polson Ranch Invitational — 30 seconds ahead of the runner-up.

The freshman placed second in the girls' race at the Polson Ranch Invitational on Saturday. She finished in 19:01, about 15 seconds behind the overall winner. Her performance led the Titans to the team title.

The freshman continues to put up big numbers. On Friday, he had five touchdowns in a 44-6 win over Cheyenne Mountain to lead the Indians to a 3-1 record. A week earlier, he had a seven-TD performance.

The senior rushed 23 times for 138 yards and two touchdowns in the Pirates' 16-15 loss to Manitou Springs on Friday.

The sophomore shot a 3-over-par 74 to finish second at last week's Class 4A Region 2 tournament and help the Indians to the team title with a 234, seven strokes ahead of Ponderosa.

The sophomore carded a 2-over-par 74 to finish as runner-up at the Class 4A Region 1 tournament last week.

The senior had three goals in two wins last week. He had the game-winner in an overtime thriller over Air Academy before he led the Rams (9-0) with two goals in a 4-1 win over Smoky Hill.

The senior homered twice and knocked in five RBIs in the Gladiators' 16-0 win over Palmer Ridge on Saturday. That put her season total at five HRs.