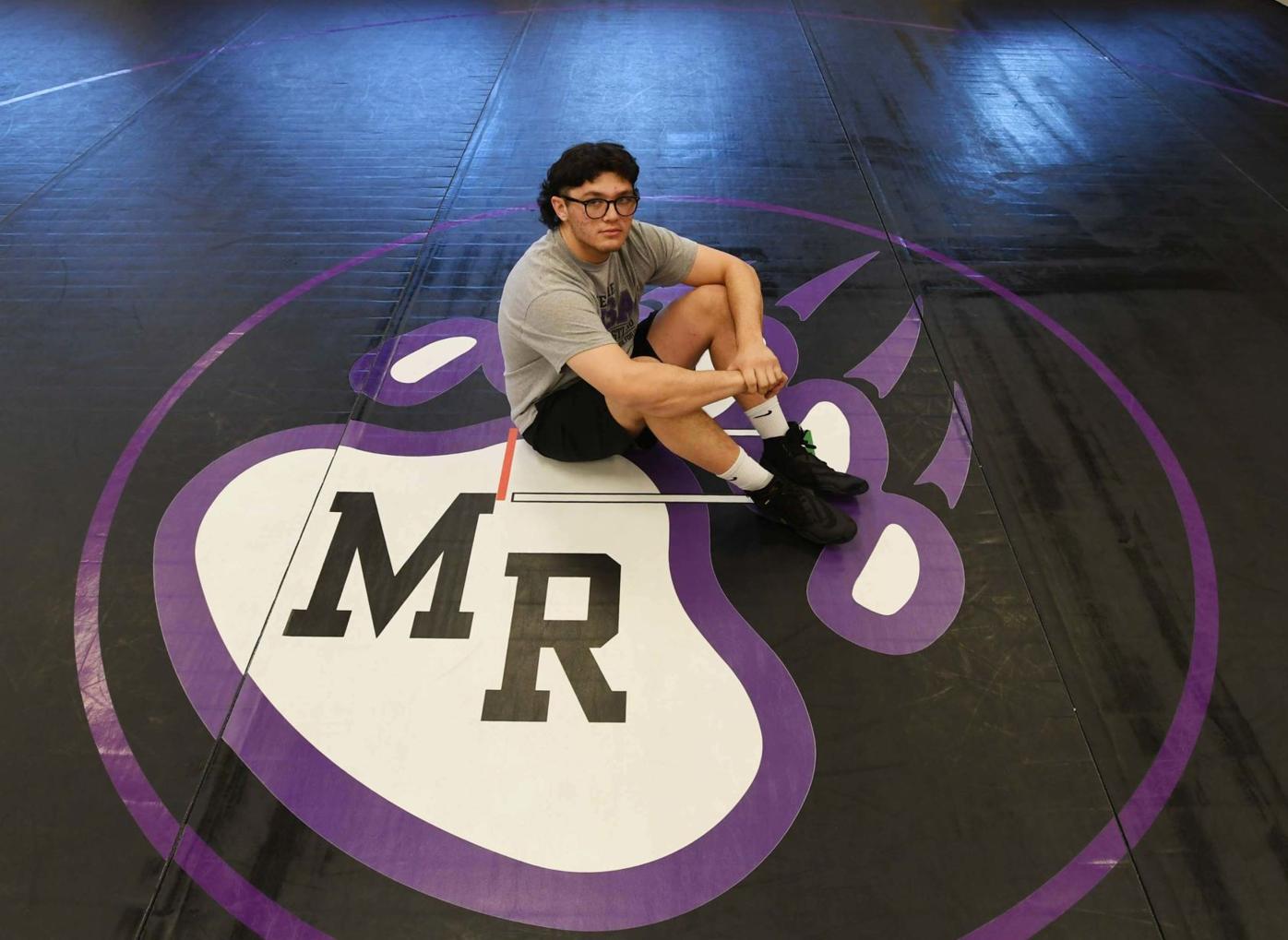 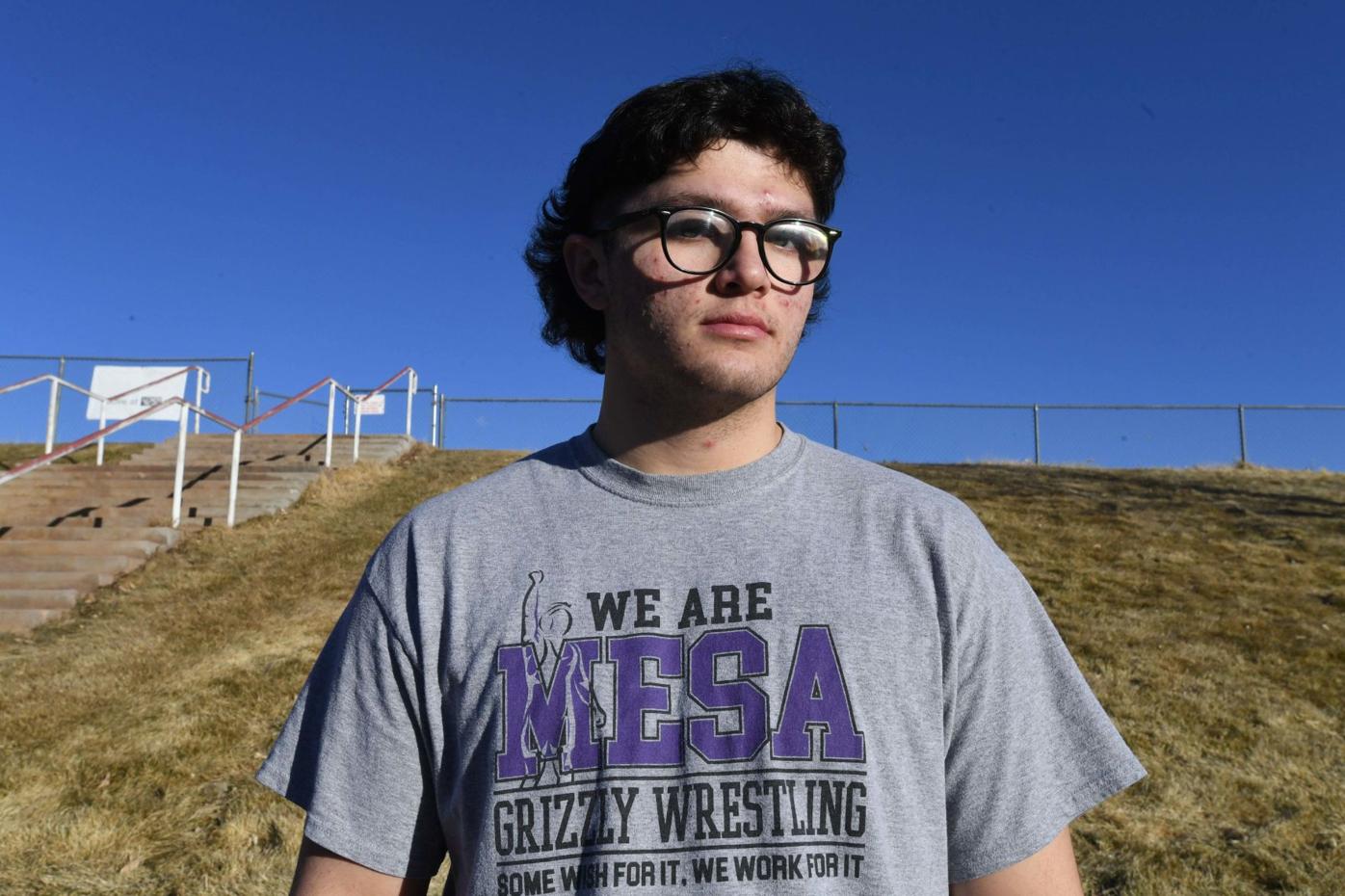 Regardless of his opponent, he's always trying to get better.

He went up against Cheyenne Mountain's Jake Boley in the 220-pound championship match of the 24-team Arvada West Ron Granieri Memorial on Saturday — arguably his biggest tournament title so far. He won via pin. Three days earlier, he beat Boley with an 8-4 decision to give the Grizzlies the deciding win in a 37-36 dual triumph over Cheyenne Mountain.

"It keeps me motivated," he said about his recent accomplishments. "It pushes me to do harder because I know I can achieve a lot more than that.

Volcic is 16-1. His loss came against Cherokee Trail's Sam Hart in the 220 title match of the highly competitive Jimmy John's Northern Colorado Christmas Tournament at Butler-Hancock Arena in late December.

Like many other wrestlers, Volcic's goal is to win a state title. He has a good shot. He's looking for his fourth state tournament appearance. In his freshman season, he broke his hand a day before the tournament and did not compete. In his sophomore season, he finished in third.

Last season, he didn't do so well. But his Grizzlies coach, Rob Braaten, said Volcic was "very ill" yet still managed a 2-2 record at the tournament.

"I was really sick but that's not an excuse," Volcic said. "I always try to wrestle my best and I just came up short. That's all."

This season, he's determined to finish at the very top.

"My motivation is to always remember how I finished last year and that I could have done better," he said, "and prove everybody wrong, everyone who has doubted me."

Braaten believes his star wrestler can do just that. After all, Volcic's dad and brother wrestled at the high school level and a state title would be an ideal way to end his high school career.

"He's always been a good wrestler," the coach said. "I remember the first time he was actually on the mat with us. He was already good. He was anxious to learn more and that's kind of nice from a coaching standpoint. If I show him something or point something out on tape, he's real good about trying to get better from it."

Highlights: Volcic won the 220-pound title at the 24-team Arvada West Ron Granieri Memorial tournament over the weekend. He had three pins, including one in the last minute of his finals match against Cheyenne Mountain's Jake Boley. It was the second time in a week that he beat Boley, as Volcic escaped with an 8-4 decision that ultimately gave Mesa Ridge an exciting 37-36 win over Cheyenne Mountain on Wednesday.

The sophomore had two double-doubles last week. The first happened in an 86-69 win over Bishop Machebeuf on Friday, when he scored 29 points and dished out 11 assists. On the next day, he had 24 points and 13 assists in a 103-40 win over Trinidad.

The freshman earned a triple-double in the Jaguars' 43-36 win over Centennial on Saturday, finishing with 21 points, 14 rebounds and 11 steals. Byrd has scored in double figures in all of James Irwin's seven games.

The senior scored a school-record 41 points in an 82-39 win over The Vanguard School on Thursday. The previous mark was 33, set by Howery herself. Two days later, Howery scored 18 points in a 76-33 win over Trinidad.

The senior pulled off a stunning 4-3 win over Cheyenne Mountain sophomore Nico Gagliardi — a state runner-up last season — to capture the 195-pound title at the Arvada West Ron Granieri Memorial. Tonnessen also had two pins in his tournament run.

The sophomore was the lone Pikes Peak region wrestler at the Conflict at Cleveland in New Mexico over the weekend. He captured the 120-pound title after he beat Nikolas Trujillo, of Cobre, N.M., with a 4-2 decision in the championship.

This week's Gazette Prep Peak Performer is Riley Anderson, who helped lead the Palmer Ridge volleyball team to the Class 4A state title match this past weekend.