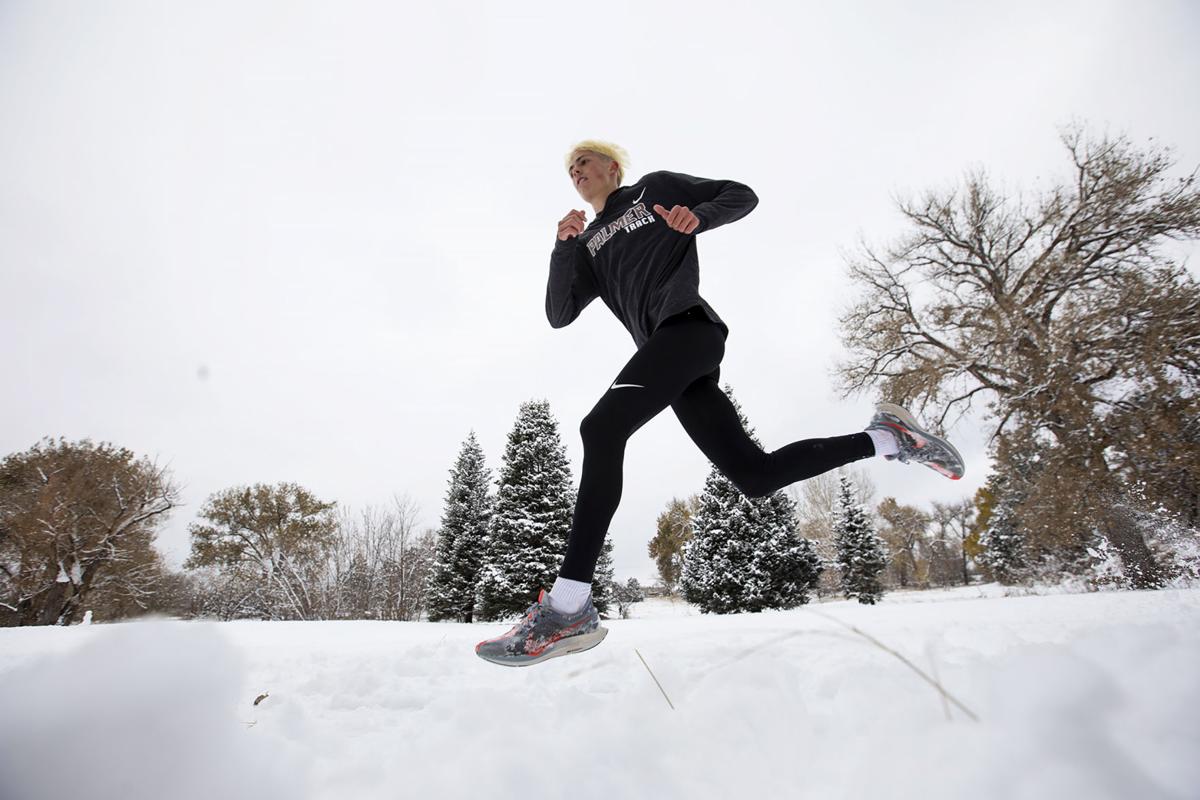 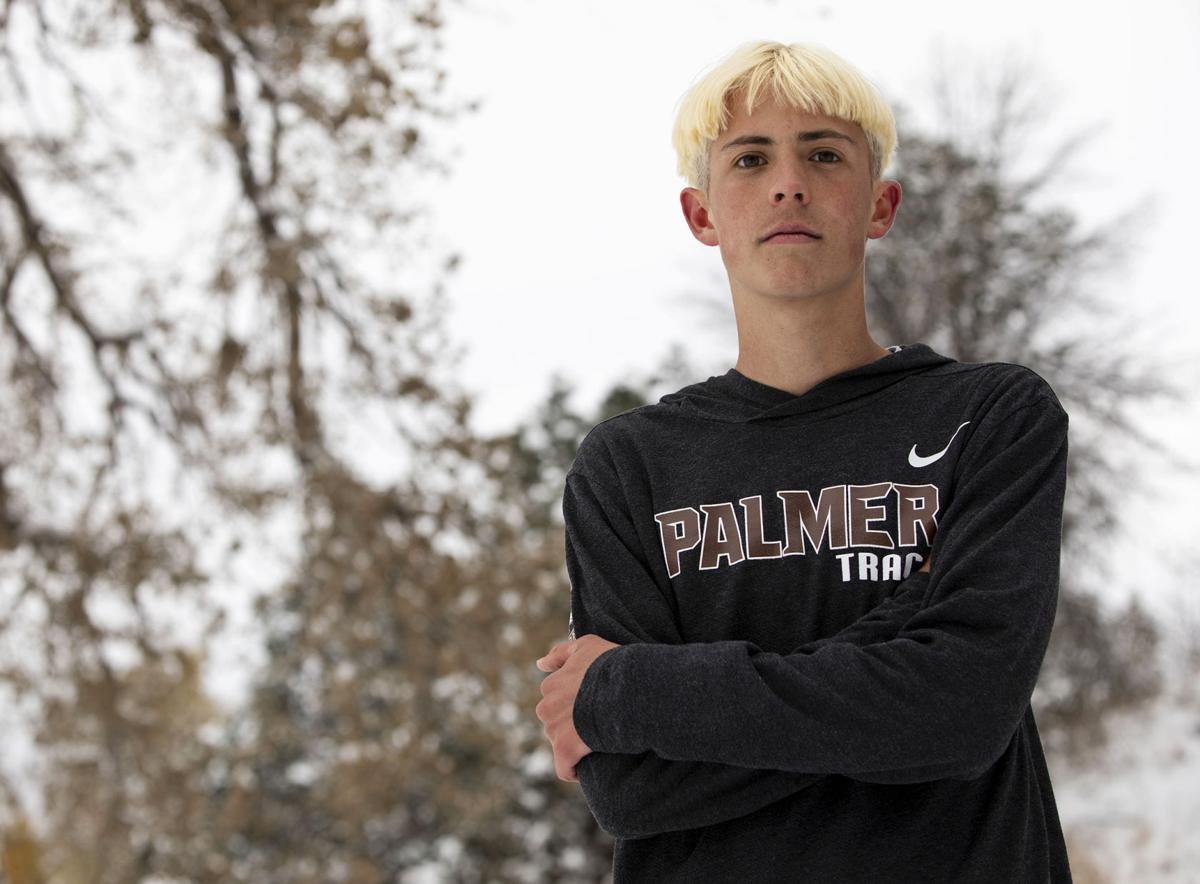 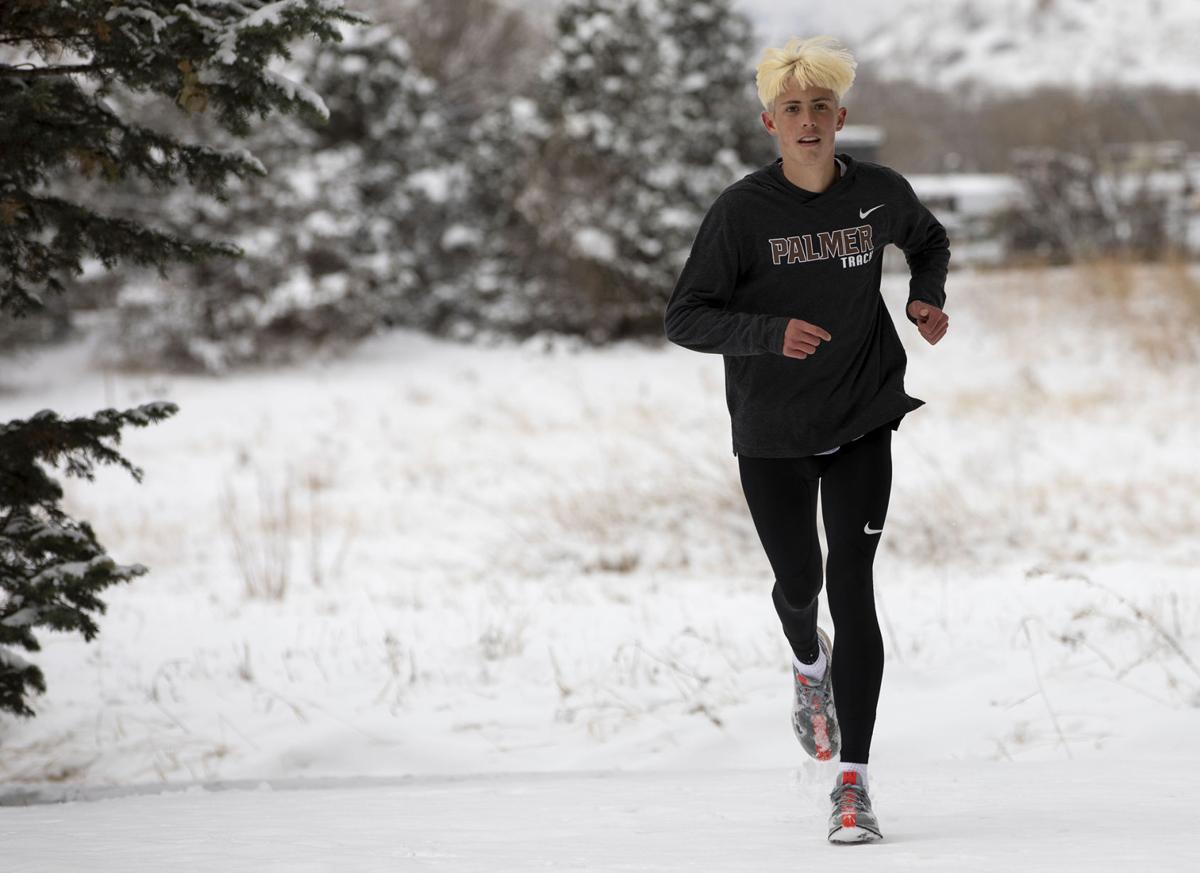 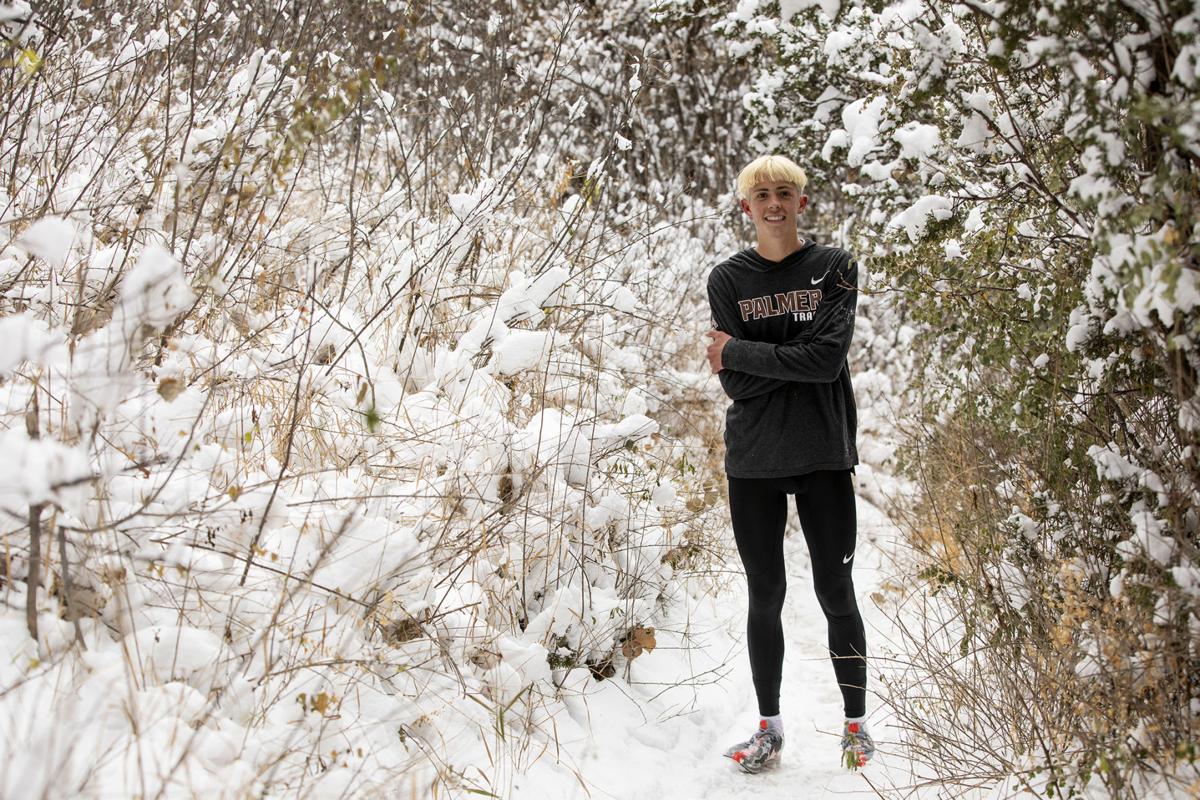 Palmer's Gus McIntyre didn't necessarily have in mind an exact position or time he wanted to finish with at the state cross country championships over the weekend at the Norris Penrose Event Center.

That was totally fine with him.

In a way, that helped ease some pressure and allowed him to focus on the one thing he enjoys most. And that's simply to run.

His results proved he had the right mindset as he finished the Class 5A boys' race in 15 minutes, 39.6 seconds — enough for fifth place and a personal best. It was the fastest time for a Pikes Peak region runner, regardless of classification.

"I couldn't be happier about how it ended," he said.

In other words, it was the perfect farewell to his prep cross country career. Sure, he didn't finish first but that was totally fine with him. This time around, he was happy to have some support.

He and his Palmer teammates finished seventh as a team. Junior Scott Prieve also had an impressive showing, as he took ninth in 16:06.5 — just behind Liberty's Caleb Mann (16:05.5), the only other area runner in the top 10.

It wasn't like this a year ago, when he was the lone Palmer state qualifier and finished sixth.

"He really focused on process (rather) than outcome," Palmer coach Rob Gilliam said. "What we talk about rather than time and specific places was our focus on just competing, staying engaged in the race and focusing on implementing all the hard work that helped get us there."

McIntyre entered the state meet with a feeling of disappointment. He finished as the runner-up in his Class 4A Colorado Springs Metro League and Region 5 races. At the time, he was studying for his SATs and thinking about where he wanted to run in college.

But by the time his final prep race rolled around, he said he felt better and prepared. He decided on Wyoming and his SATs were history. He said those things might've been some distractions but added, "Who knows."

It also helped that his coaches, including assistant Kyle Reno, made sure he was ready.

"I wasn't really expecting to place that high or run that big of a PR," McIntyre said. "It was nice to do that in my last race in high school. I was really pleased."

Highlights: McIntyre clocked the fastest time for a Pikes Peak region runner — regardless of classification — at this past weekend's state cross country championships. He had a time of 15 minutes, 39.6 seconds to take fifth in the Class 5A boys' race.

The senior placed first in Class 3A boys' cross country in 15 minutes, 50.8 seconds. He completed his prep career with three consecutive state titles.

The freshman took second at the Class 3A girls' cross country race in 18:44.5 to lead the Titans to back-to-back state team titles. Teammate and sophomore Kennedy McDonald placed fifth in 19:04.5.

The junior rushed 13 times for 222 yards and four touchdowns — including an 87-yarder — in the Scorpions' 42-0 win over Mitchell on Friday. He added a 60-yard punt return TD.

The senior caught three passes for 151 yards and two touchdowns in the Lancers' 49-0 win over Widefield on Friday.

The junior was nearly unstoppable in the Thunder's 8-2 win over Falcon on Saturday, finishing with three goals and three assists in the regular-season finale. He also had a goal in Discovery Canyon's 2-0 win over Cheyenne Mountain earlier in the week.

The senior pitched a complete game and struck out 11 batters in the Cougars' 1-0 loss to Silver Creek in the first round of the Class 4A state tournament over the weekend. She finished the season with 247 strikeouts, third best in the state.