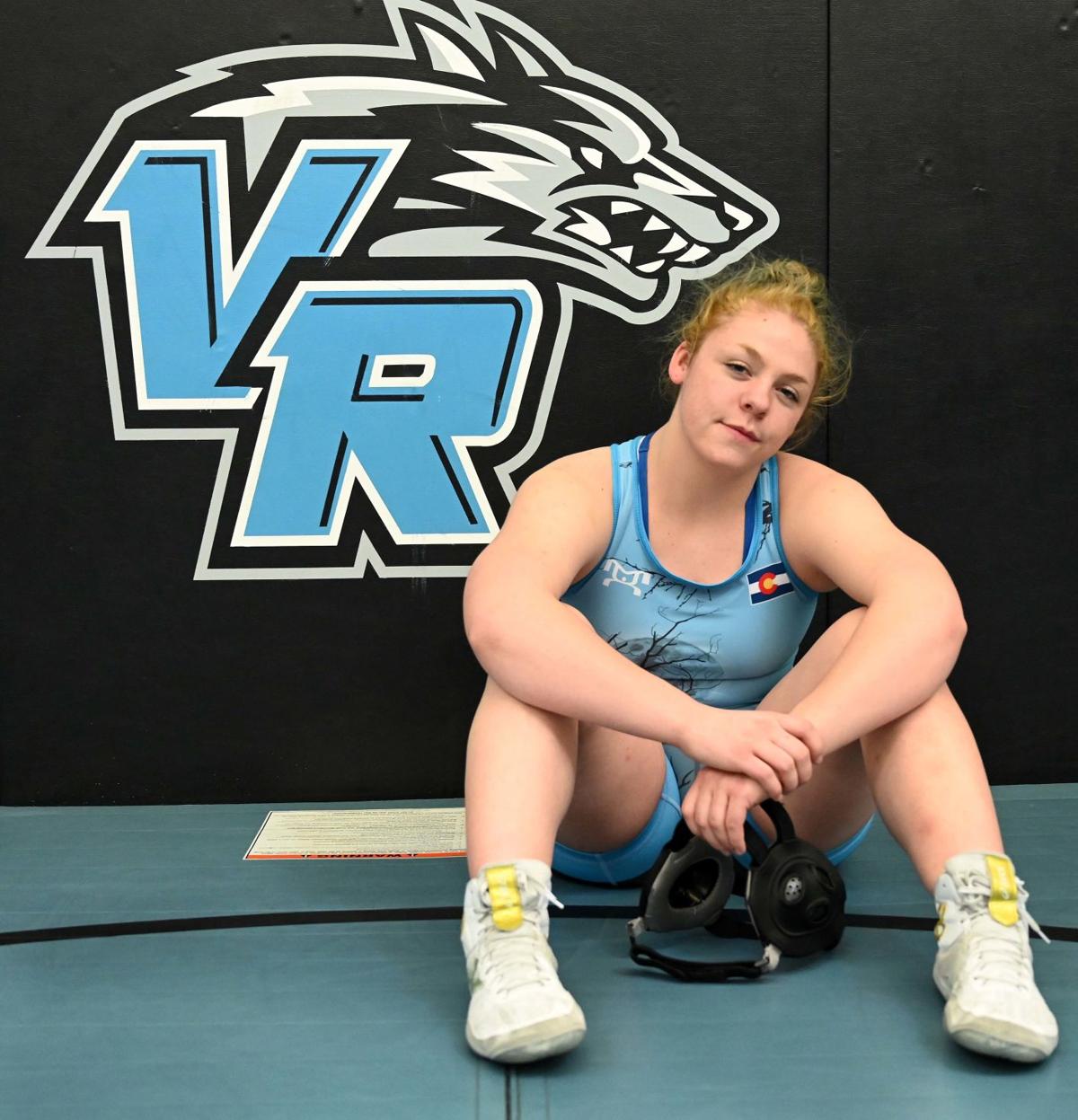 Walking through the hallways and sitting in the classrooms of Vista Ridge High School on Monday, Bella Mitchell appeared almost like a loser. Two days earlier, she settled as a runner-up at the Colorado Girls' Wrestling Championship at Thornton.

Teachers, classmates and administrators offered sympathy. They said they were sorry that she didn't finish higher. But that was far from the reality she felt.

"I wasn't sad at all," Mitchell said. "I was trying to explain to people why I'm not sad. But I don't think people understand my side of it on why I'm so proud of myself of getting second."

This week's Gazette Preps Peak Performer is Mitchell. Sure, she didn't win a state title, such as Sierra's Hailey Ahsmuhs did, but what she accomplished was a victory within itself. She lost 11-2 to Douglas County's Tristan Kelly, an international competitor who often doesn't allow opponents to get past the first round. In their previous matches, Kelly came away with a pin. Not this time.

After the final whistle sounded in her 161-pound state title match, Mitchell was greeted with hugs and congratulations from teammates, coaches and family. She was all smiles, and that was undeniable even after Kelly's hand was unsurprisingly raised in celebration.

Girls' wrestling was in its last year of a pilot program before it becomes an official Colorado High School Activities Association sport next season.

A week earlier, Mitchell was pinned by Kelly at the regional championship. Moments after the loss, she admitted she was "scared" of her opponent. After all, Kelly had ruled all their matches. Two years earlier, when Mitchell was a sophomore, she lost to Kelly in a state title match. Mitchell became a state champion last season when Kelly was out because of an injury. This season, she knew she'd face her archenemy again.

Both of Mitchell's losses this season were to Kelly.

"I was super happy," Mitchell said. "I never made it to the third round with Tristan Kelly. It was just amazing to me that I was able to make it there. I kind of got it out of my own head after that match."

Showing that weakness is rare for Mitchell.

Her Vista Ridge coach, Eric Everard, remembers the first time he met Mitchell. It was the first practice of her freshman season. She introduced herself. They shook hands. Then, she said something he'll never forget.

"Hi, my name is Bella," she said, according to Everard, "and I do not have a confidence problem."

"I like the confidence when that confidence is in check and it's not overbearing or cocky," the coach said. "You have to have confidence in yourself to be a three-time state finalist."

In other words, Mitchell has proved herself to be a competitor — and based on her accolades, even when it comes to losses.

Highlights: Mitchell lost in the 161-pound title match at the Colorado Girls' Wrestling Championship but it was a victory within itself as she lost to Douglas County's Tristan Kelly — an elite wrestler — in an 11-2 major decision. Many of Kelly's opponents lost via pin but Mitchell lasted all three rounds.

Post-high school plans: To wrestle at the college level and study primary education

The senior scored 22 points to help lift the Trojans to a 57-51 win over Palmer on Thursday. It was the eighth time this season he surpassed the 20-point mark.

The senior scored 23, 26 and 19 points last week as the Grizzlies went 1-2. In a 73-32 win over Elizabeth, Dunne scored 26 points to go along with five assists and three steals.

He produced two goals and three assists in the Rams' 11-2 win over Liberty on Saturday. It helped Rampart (8-6) win its third straight.

The senior captured two swimming events to help lead the host Indians to the Pikes Peak Athletic Conference title over the weekend. She finished the 500-yard freestyle in 5 minutes, 3.04 seconds to shatter league and pool records. Hayward also took first in the 200 freestyle, in 1:53.98.

At the Colorado Springs Metro League Championship at Fountain-Fort Carson, the junior easily captured the 1-meter diving title with 500.55 points. The runner-up had 439.9. Buckley is looking to defend her Class 4A title in 2019, when she scored 498.5.

The junior dominated at the state championship over the weekend, earning the 147-pound title with a pin over Durango's Samantha Vasquez in the second period of the finals match. Ahsmuhs finished with a 20-0 record. And at the state tournament, she also had two other pins.

The junior had an impressive run at Saturday's state tournament, producing three first-pound pins before losing to Thomas Jefferson's Zasha Norris in the 215 title match. Moore finished the season with a 16-3 record.

A collection of this past week's most impressive numbers by Pikes Peak region high school teams and athletes.