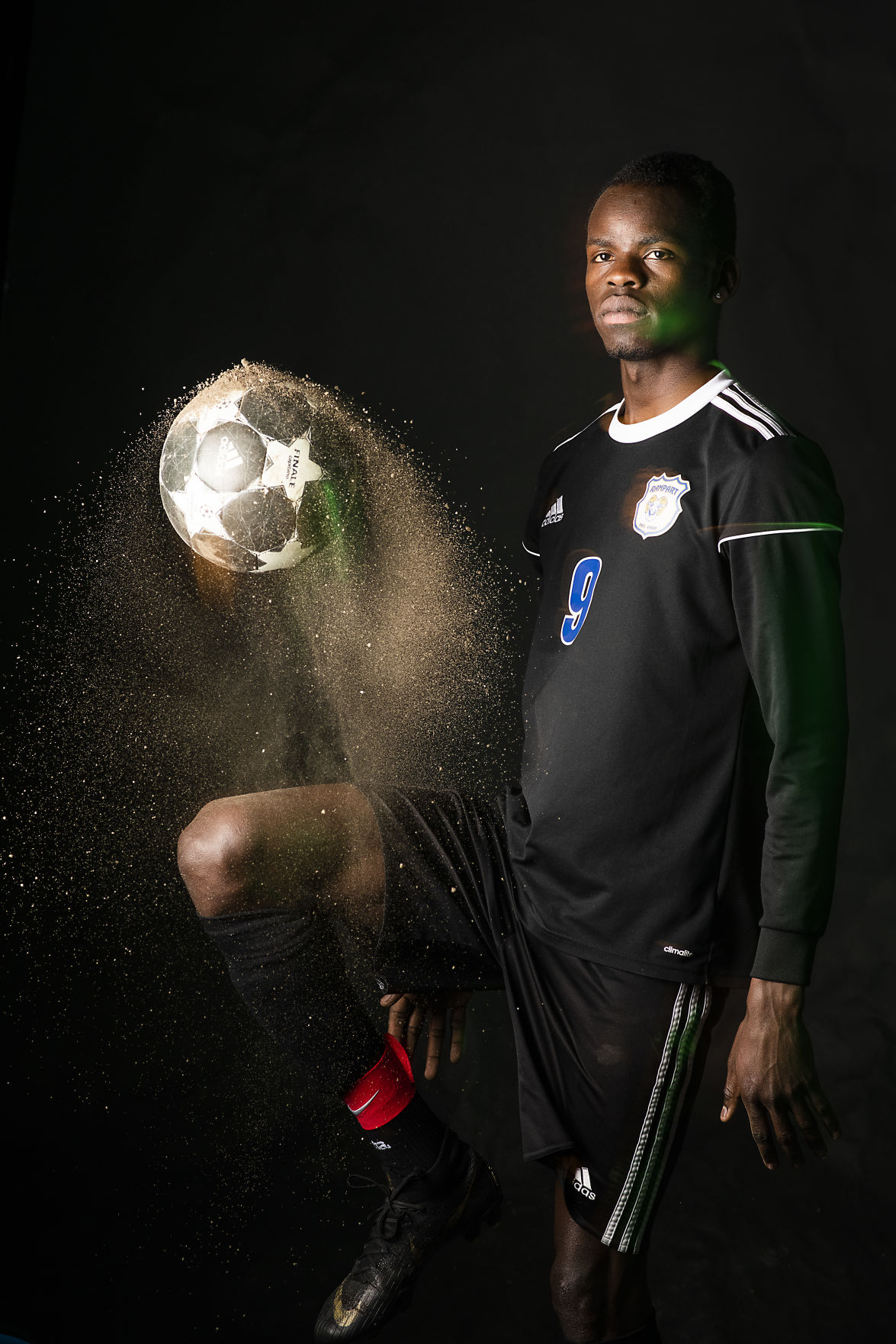 Oboyo Kuot poses for a portrait on Saturday, December 14, 2019 in Colorado Springs. Kuot is The Gazette's boys' soccer peak performer of the year. (Katie Klann/The Gazette) 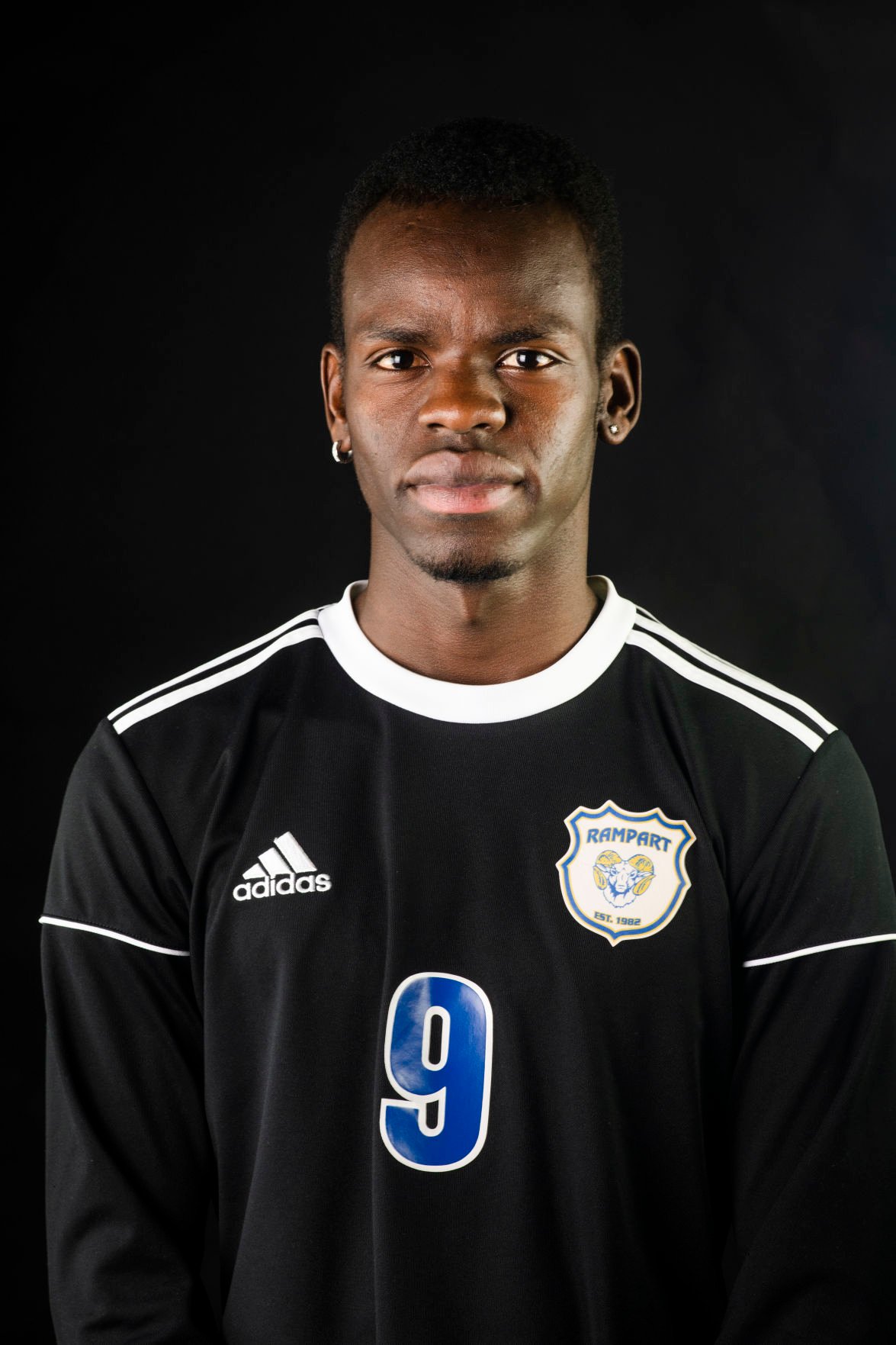 Oboyo Kuot poses for a portrait on Saturday, December 14, 2019 in Colorado Springs. Kuot is The Gazette's boys' soccer peak performer of the year. (Katie Klann/The Gazette)

“The first time I got here, how I played was different. It was a big problem to coaches,” Kuot said. “A big problem.”

Kuot learned the game in a Kenyan refugee camp which shaped his playing style. A coach picked Kuot to be the striker on his community team when he was roughly 7 years old, and he’s played the No. 9 ever since.

As he tells it, his mother walked her family out civil war-torn Ethiopia into Sudan. A United Nations program got him to Kenya where he stayed until moving stateside at the start of high school, moving in with a Charles Keller and his family in the Springs.

He started at Lewis-Palmer for two years, but said he found a better fit with coach Karl Anderson as a junior at Rampart.

“I came to Rampart and Mr. Anderson doesn’t mind that,” Kuot said. “I was me.”

The result was 40 goals and 12 assists over two seasons. He earned Gazette Preps Boys’ Soccer Peak Performer of the Year after leading Rampart to an unbeaten regular season with 26 goals.

The most viewed of the goals was Kuot’s double-header finish that put Rampart into the state quarterfinals with a 1-0 win over Rock Canyon. SportsCenter tweeted the highlight, which has nearly 500,000 views.

“It was kind of fun for that one,” Anderson admitted.

When asked about his favorite goal, Kuot went to a different game-winner. Rampart and Air Academy, two of the area’s top teams, played a scoreless 80 minutes before starting overtime. Kuot scored the overtime winner in impressive fashion, volleying home a cross from Aydon Ellis.

Anderson submitted a free kick into the upper 90 from the first round of the playoffs as his favorite of Kuot’s goals this season, though there were plenty to choose from. Kuot recorded his third hat trick of the season in the game against Chatfield.

“He filled that role really well, especially this year,” Anderson said. “He took on that persona of being a No. 9.”

Anderson added that he took a different approach when coaching Kuot away from trying to take on hoards of defenders, showing him on film that sometimes a pass and well-timed run can make for easier, albeit less spectacular, goals.

“I was just guiding him.Teaching him if he draws people he can move it and get it back,” Anderson said. “I think he started to realize that a little bit more.”

“They always say ‘I know you know what to do with the ball, but you just need to do this and this,’” Kuot said. “I was like ‘No, this is the right way, to me.’”

The coach who got the best of Kuot seems to think he’ll be just fine with a little extra muscle.