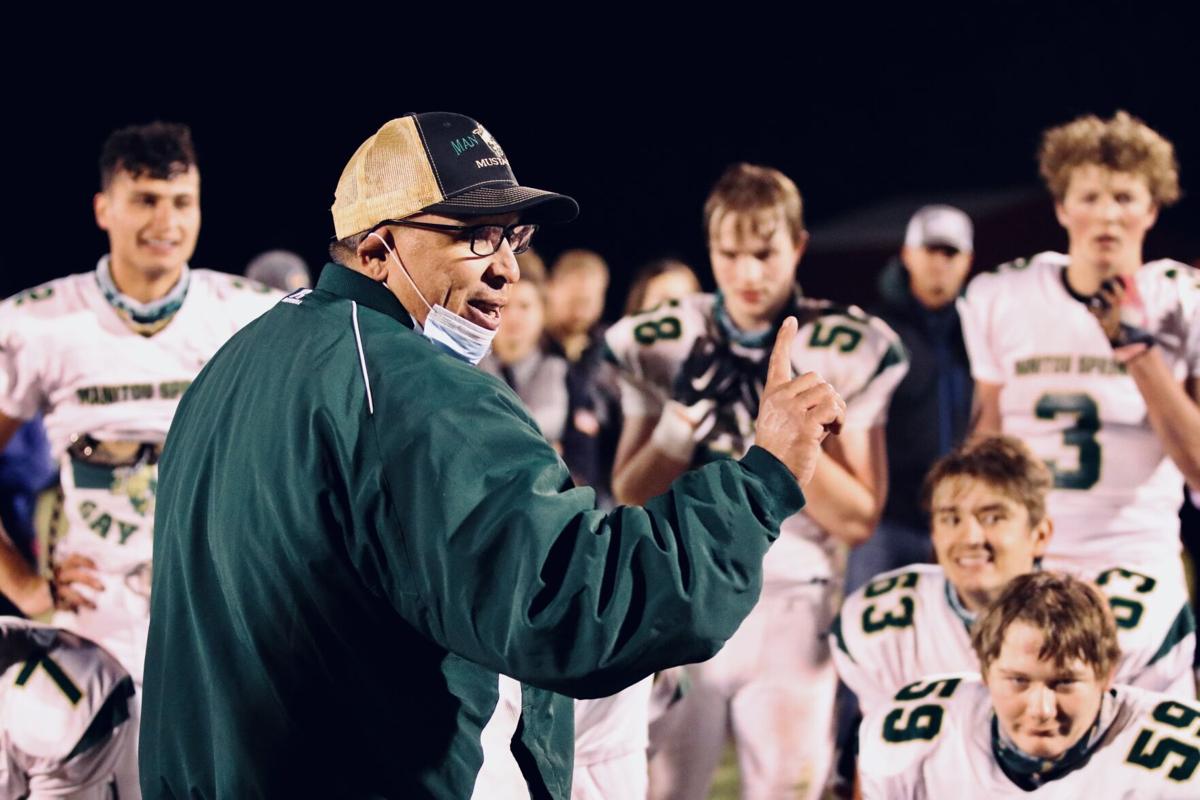 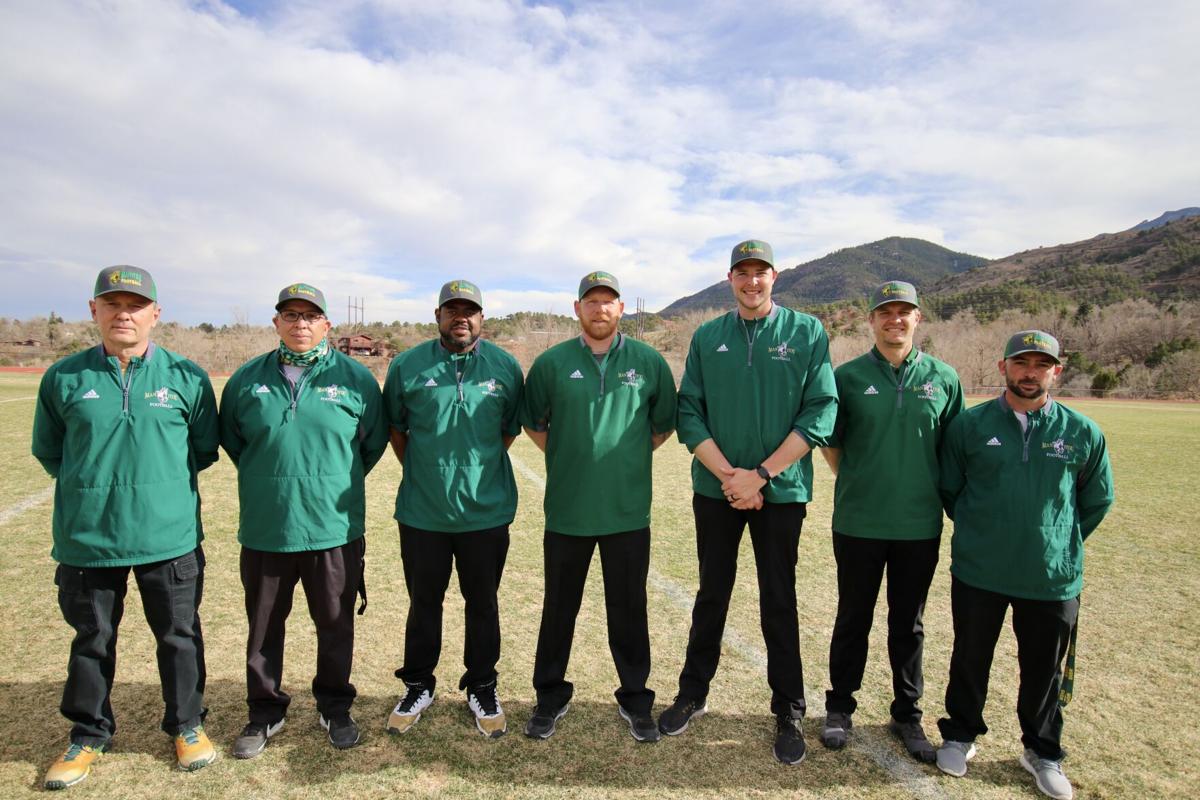 Cory Archuleta and the Manitou Springs football team overcame the odds in a historic run to the Class 2A state championship. After an attempt to compete in the fall season which was shut down due to COVID quarantines, the Manitou Springs community rallied together to petition CHSAA for a chance to compete in the spring. The spring season was worth the wait for Manitou, with a number of varsity starters hungry from a boys’ basketball appearance in the Final Four for the first time in 30 years, the Mustangs were ready to do something special.

Archuleta and his coaching staff led Manitou Springs to an overtime win in the 2A championship to win the first title since 1990 after nearly a decade of losing seasons.

Archuleta’s 27-year coaching career came to an end with that double-overtime victory. When told he was the 2021 Gazette Preps Season C Football Coach of the Year, Archuleta requested it be acknowledged as a staff award, for this season wouldn’t have been possible without the help of Dan Baker, Chris Goodloe, Dave Sheets, Chard Hartinger, Stu Jeck, Brandon Dematto and Nick Nunley.

“My staff is the most awesome staff in the world,” Archuleta said. “If you want to look like a smart coach, you put smart coaches around you, and these guys have meant everything to me.”

Q: How many years have you been coaching, any level?

CA: “I’ve been coaching for 27 years. I coached baseball for 27 years and high school football the last 12.”

Archuleta announced in the fall that he will not be returning to coaching for the 2021-22 school year.

“It’s just time, coaching is a young man’s game, and I think there’s a time where a coach decides to step away and it’s someone else's time to make the memories I’ve gotten to make these last 27 years.

It has been a blast. I can’t tell you how appreciative I am of the players we had this year, and the last five or six years when we took our lumps. Those kids that graduated and were willing to bite the bullet and make our program better really showed this year.”

Q: What inspired you to become a coach?

CA: “I grew up in this town, I went to Palmer and I wanted to give back to the sports that gave me my opportunities and molded me into the person I am today. coach Steve DeFelice was my high school baseball coach for four years, and a 20 year high school coach at Palmer, and he’s a guy that just kind of showed me how to coach and treat young kids. He helped me get a scholarship and was just a huge inspiration and was able to help me become who I am today. Brian Hochevar, my college coach at Lamar CC, I wasn’t a very good baseball player on the offensive side, so I got to sit by him in the dugout and see him coach, and really those two guys (DeFelice and Hochevar) inspired me to be who I am as a coach, to treat kids with respect and dignity. They were hard on us but they were willing to build us back up into better young men.”

Q: What is the biggest lesson you learned in your 27 years of coaching?

CA: “Times change and kids change, and you’ve got to be able to adjust to the way kids are in certain eras. I just hope that every kid that I coached in the last 27 years can honestly say I treated them with respect and helped mold them into the fathers, business men and people they are. I hope to have a small part in who they are today.

Q: What was the most memorable moment from the 2021 season?

CA: “I think the most memorable moments were the bus rides. We didn’t have any bus rides after a loss, and I know in years before kids would be signed out by parents, but this year, every kid was on the bus with us. The music that played and the joy and purity of high school athletes and sports, those were just the best memories and the kids were such a joy to be around.”

Q: What is a piece of advice you would give to underclassmen coming through your program?

CA: “Whatever adversity comes in front of you, fight through it and battle through. You will always have to face adversity, in the classroom, in the real world and on the field. So just trust your instincts, trust who you are and trust the guy in the trenches next to you.”

Q: What is your coaching cliché?

Cade Palmer knows how to make history at The Classical Academy.