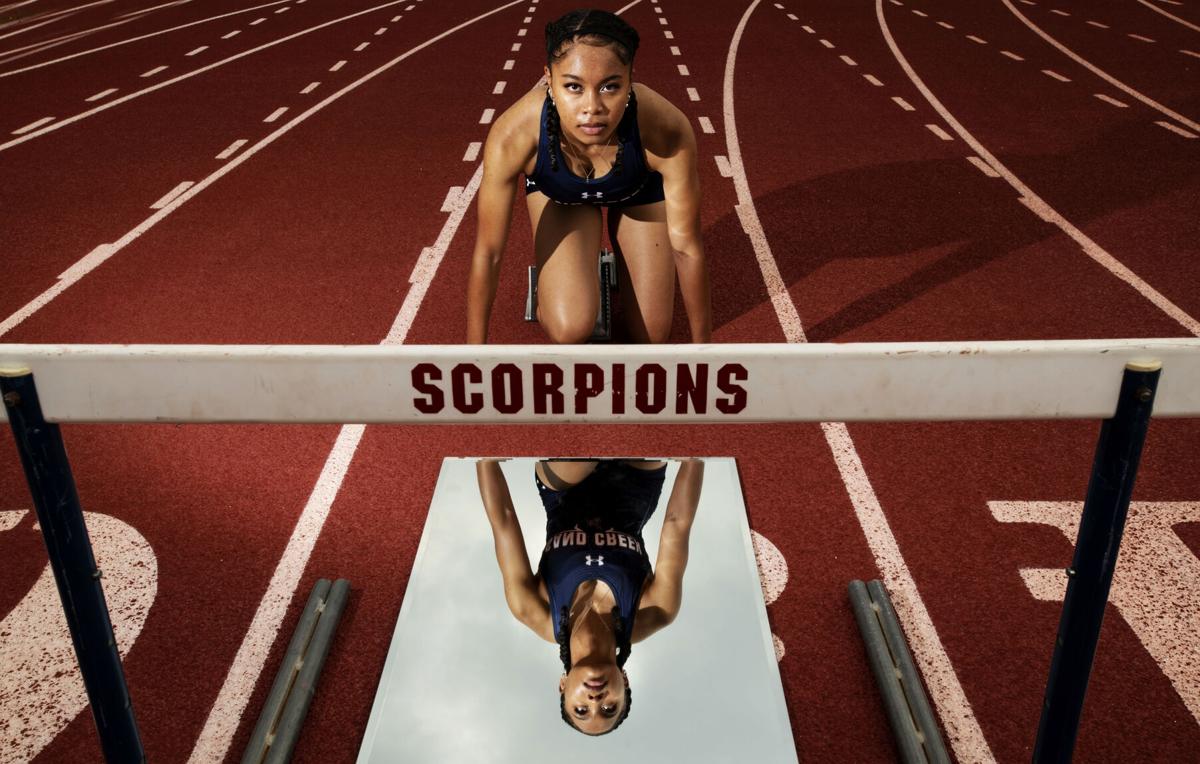 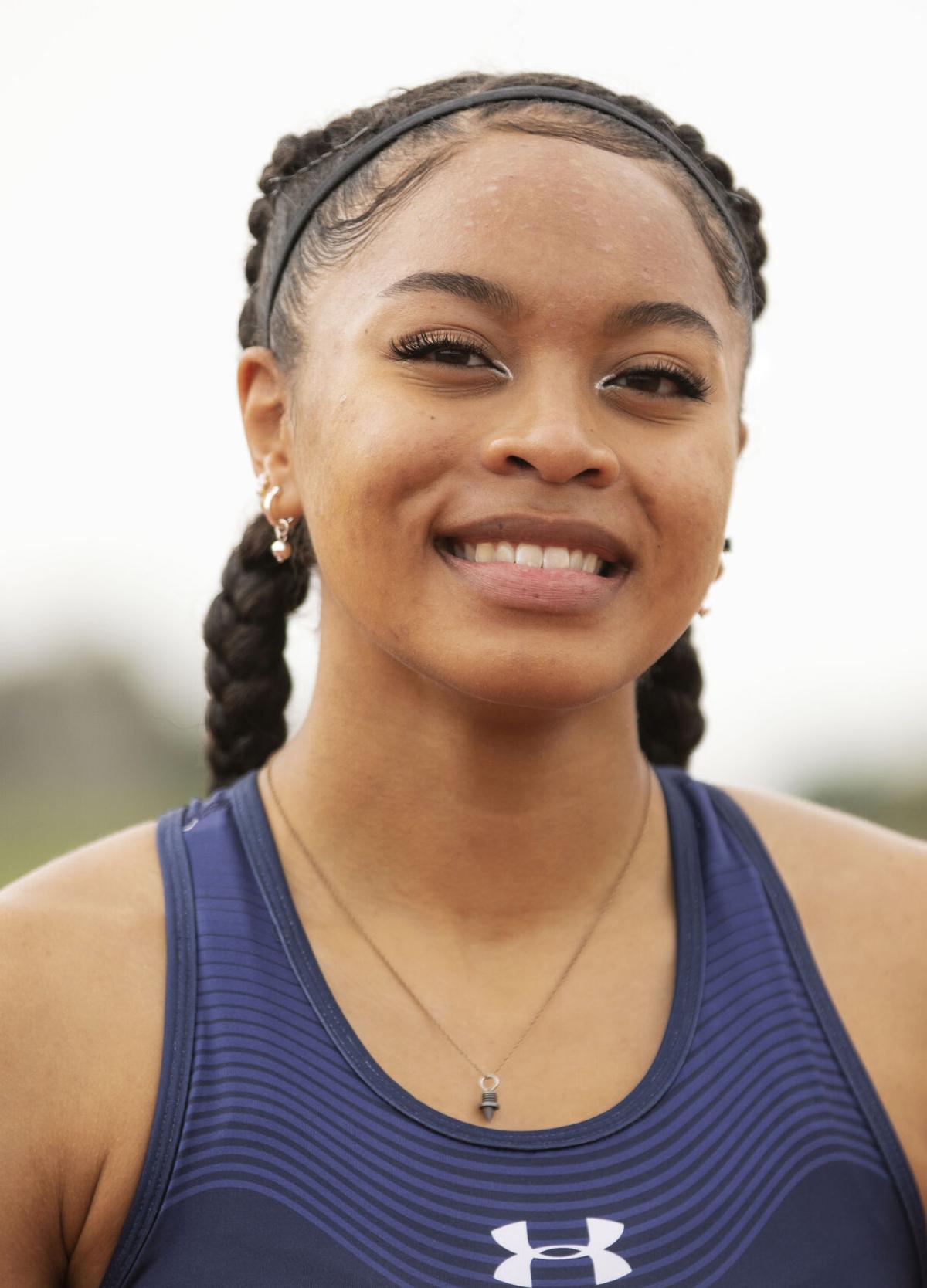 Jahzara Davis, Class of 2021 at Sand Creek High School, poses for a portrait July 13, 2021. Davis is the Gazette Preps' Girls’ Track and Field Peak Performer of the Year. (Chancey Bush/ The Gazette)

Jahzara Davis, Class of 2021 at Sand Creek High School, poses for a portrait July 13, 2021. Davis is the Gazette Preps' Girls’ Track and Field Peak Performer of the Year. (Chancey Bush/ The Gazette)

As a sophomore Sand Creek’s Jahzara Davis got a glimpse of the view from high up on the state track and field podium, placing third in the 100 hurdles in 2019.

From that moment, Davis wanted to climb higher. But the day before her first track meet as a junior, the world shut down. Her season was canceled due to the pandemic, and her dreams postponed — for now.

Davis continued to work, however, perfecting the small details and technical aspects of the hurdles to prepare for her final high school season.

“It was shocking at first (hearing the season was canceled) but then I realized it was more time to prepare and more time to work harder,” Davis said. “I just wanted to make the most of the extra time I had.”

Davis did just that, improving on her season-best time of 15.02 seconds, good for third at the 2019 4A championships, to take home gold at 14.62 in 2021. Her performance at the state meet helped earn her the title of 2021 Gazette Preps Girls’ Track and Field Peak Performer of the Year.

Davis finished her senior year undefeated in the 100 hurdles, and ran a personal-record of 14.54 at the St. Vrain Invitational the week before the state meet, running a sub-15 for the first time and breaking out of a midseason plateau.

“I had been at this stagnant point, getting those same times every single meet. I wasn’t improving, but I wasn’t getting any worse, so I was just trying to PR and get better,” Davis said.

At the St. Vrain meet Davis said she was "vibrating" with excitement before the gun went off, and after she crossed the finish line she noticed an eruption from the crowd. It wasn’t until she looked at her time — a half-second PR — that she joined the jubilation.

“That was really exciting for me because it really set the bar for state and it gave me something to work for,” Davis said.

Davis also hit a PR in the 100 dash at the St. Vrain meet, taking third in 12.34 behind friend and club teammate Myia Dantzler of Discovery Canyon, who placed second . The two embraced at the finish line, waiting breathlessly for times to flash on the scoreboard at Jeffco Stadium before celebrating the final race of their high school careers.

“This was a really big season for both of us,” Davis said. “We were both really excited for our junior year, and then working the whole year around COVID we were really waiting for that moment. It was our last event, so we just said, 'this is our last high school race together, let’s make it count.’”

She placed third at state in 12.52 placed fourth in the long jump with a leap of 16 feet, 10 inches, improving from 13th as a sophomore.

Her experience in the long jump also helped a newcomer, senior Jadyn LeDoux, to a podium finish. Davis said helping LeDoux learn the ins and outs of the long jump became a learning experience for her as well, helping to reach new PRs as a senior.

“It’s usually just me jumping, but when you notice some things in them that you don’t realize you’re doing, it just clicks,” Davis said. “It was really cool helping her, and then learning off her.”

Davis will head to Fort Collins next year to attend Colorado State where she will join ROTC and hopes to walk on to the track team.

Brandon Hills stood on the runway in front of the long jump pit at Jeffco Stadium in second place for the first time in his high school career.