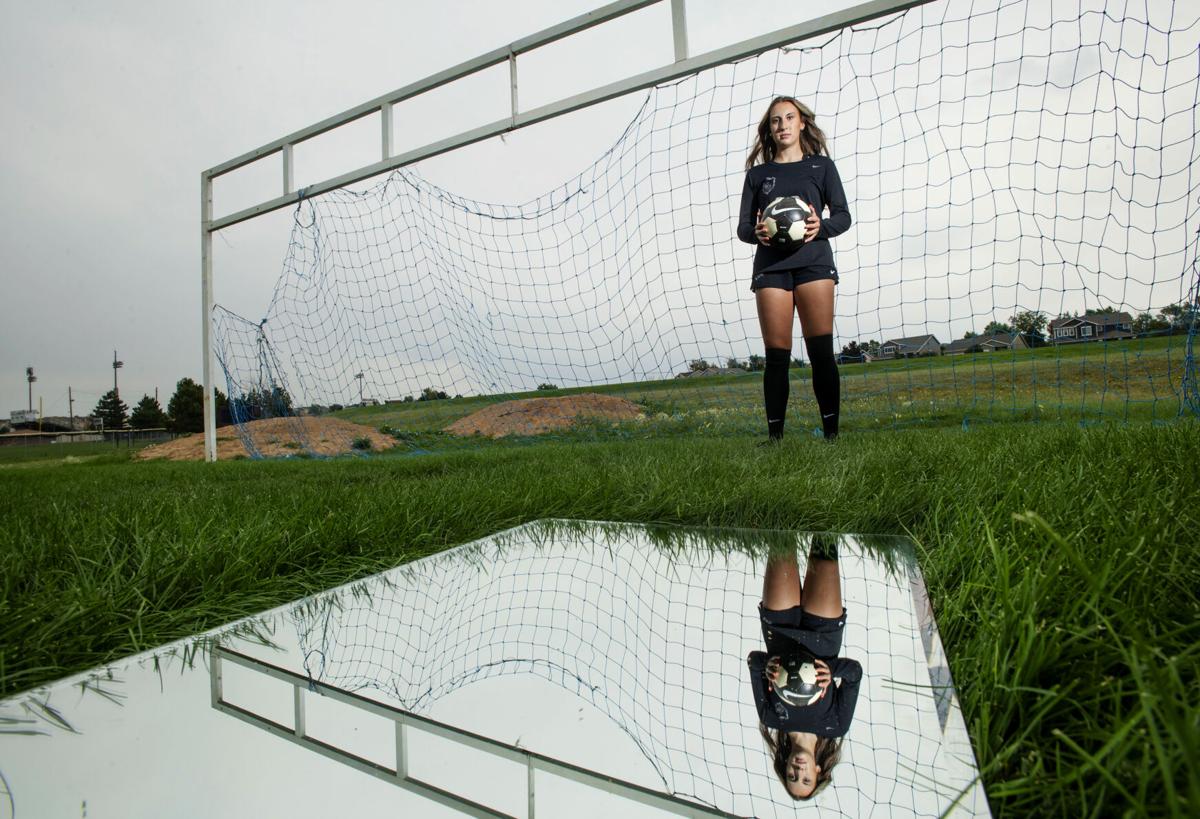 Sydney Lasater, Class of 2021 at Sand Creek High School, poses for a portrait July 14, 2021. Lasater is The Gazette Preps' Girls' Soccer Peak Performer of the Year. (Chancey Bush/ The Gazette) 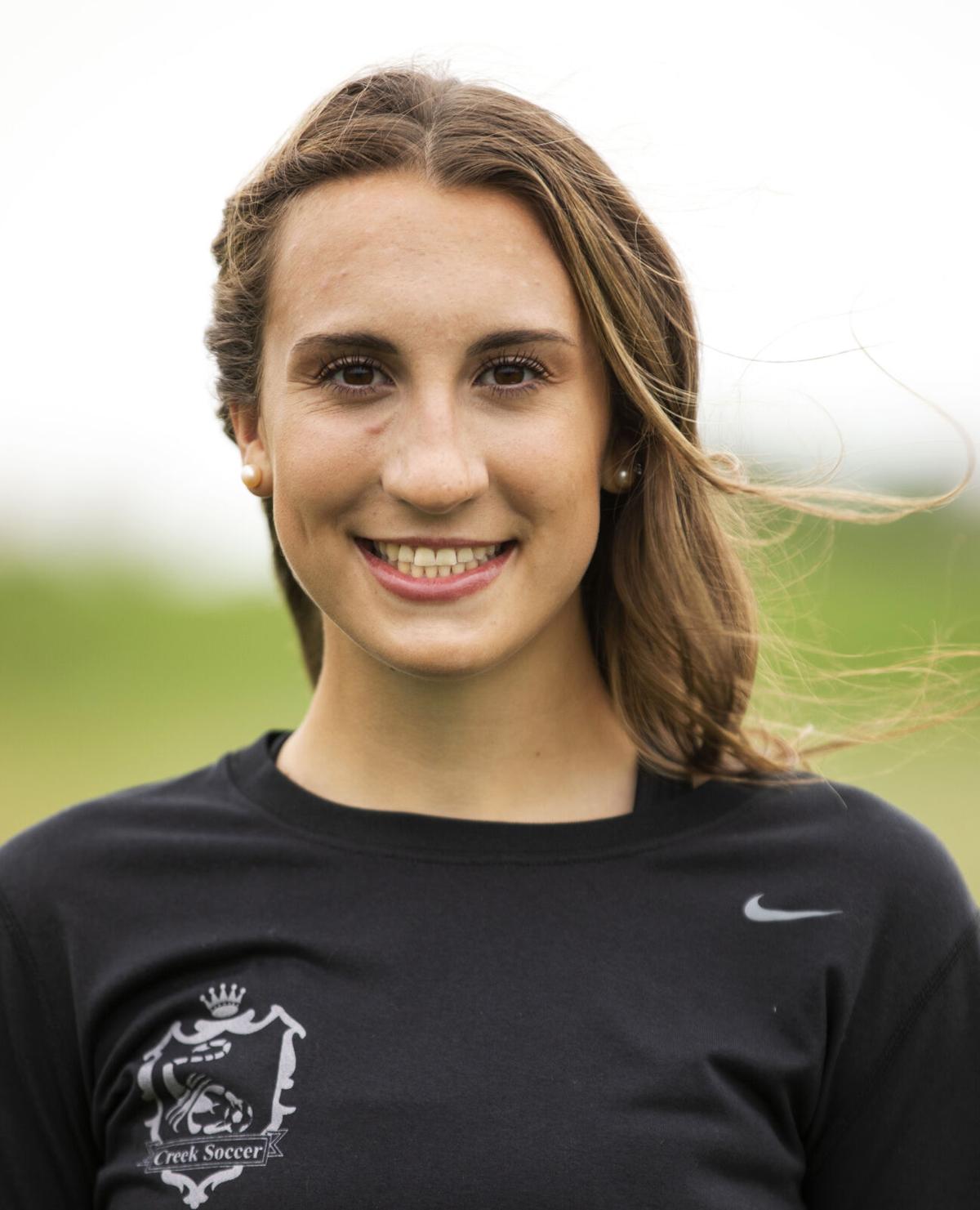 Sydney Lasater, Class of 2021 at Sand Creek High School, poses for a portrait July 14, 2021. Lasater is The Gazette Preps' Girls' Soccer Peak Performer of the Year. (Chancey Bush/ The Gazette)

Sydney Lasater has been terrorizing goalkeepers since her early soccer days.

It started with a simple command: “Syd, go score.”

And the rest is history.

Fueled by her competitiveness and adoration for the game, Lasater left a lasting mark on Sand Creek soccer with her record-breaking career, highlighted by 102 career goals in three varsity seasons.

“That was my entire goal since my freshman year, I wanted to score 100,” Lasater said. “It was so exciting going into my junior season, I was like, ‘I’m going to score my 100th goal this year’ — and then COVID hit.”

Lasater had 67 goals heading into her junior year, on pace to hit 100 near the end of the regular season. But the pandemic put her plan on hold.

Unlike many of her teammates, however, Lasater had another chance to make up for the lost time in 2021, and reached her 100-goal mark in the second-to-last game of the COVID-shortened season.

In an 8-0 win over Elizabeth, Lasater scored four goals, with her second being a cause for celebration. But it wasn’t easy.

After practicing on turf, Sand Creek played Elizabeth on grass, creating another challenge for Lasater, who said she missed five times when trying to score her 100th.

“I kept messing up on my 100th,” Lasater said, “Everyone was laughing at me, but we were all there to have fun.”

In three seasons Lasater averaged 2.6 goals per game and had 36 assists. As a senior her 35 goals ranked third in Colorado and second in points per game, averaging 8.9, earning her the title of Gazette Preps 2021 Girls’ Soccer Peak Performer of the Year. Her efforts also helped Sand Creek outscore opponents 263-68 in her three seasons.

Lasater credits their success and high-scoring attitude to the competitive culture on Sand Creek’s soccer team and the like-minded connection between her and longtime teammate Jadyn LeDoux, who has been by her side since the summer of fifth grade.

“It’s just collectively we all want to win and score and not winning takes a toll on us. Even our midfielders and defenders get in on it (scoring),” Lasater said. “Jadyn and I have known each other for so long we don’t even have to tell each other where we’re going to be. I can pass the ball and not even look and I know she is going to be there, and same goes for her. We kind of go together and it’s kind of like two unstoppable people.”

Lasater and LeDoux will take their talents to the University of Colorado at Colorado Springs in fall to play on the women’s soccer team. Lasater said the two are already studying PowerPoints titled "Our journey to a national championship."

“I’m so excited to get there and win,” Lasater said. “I strive to have really big goals and if a team isn’t going to have that I don’t want to be a part of it. The expectation at UCCS is we are going to win and I love being around that environment.”