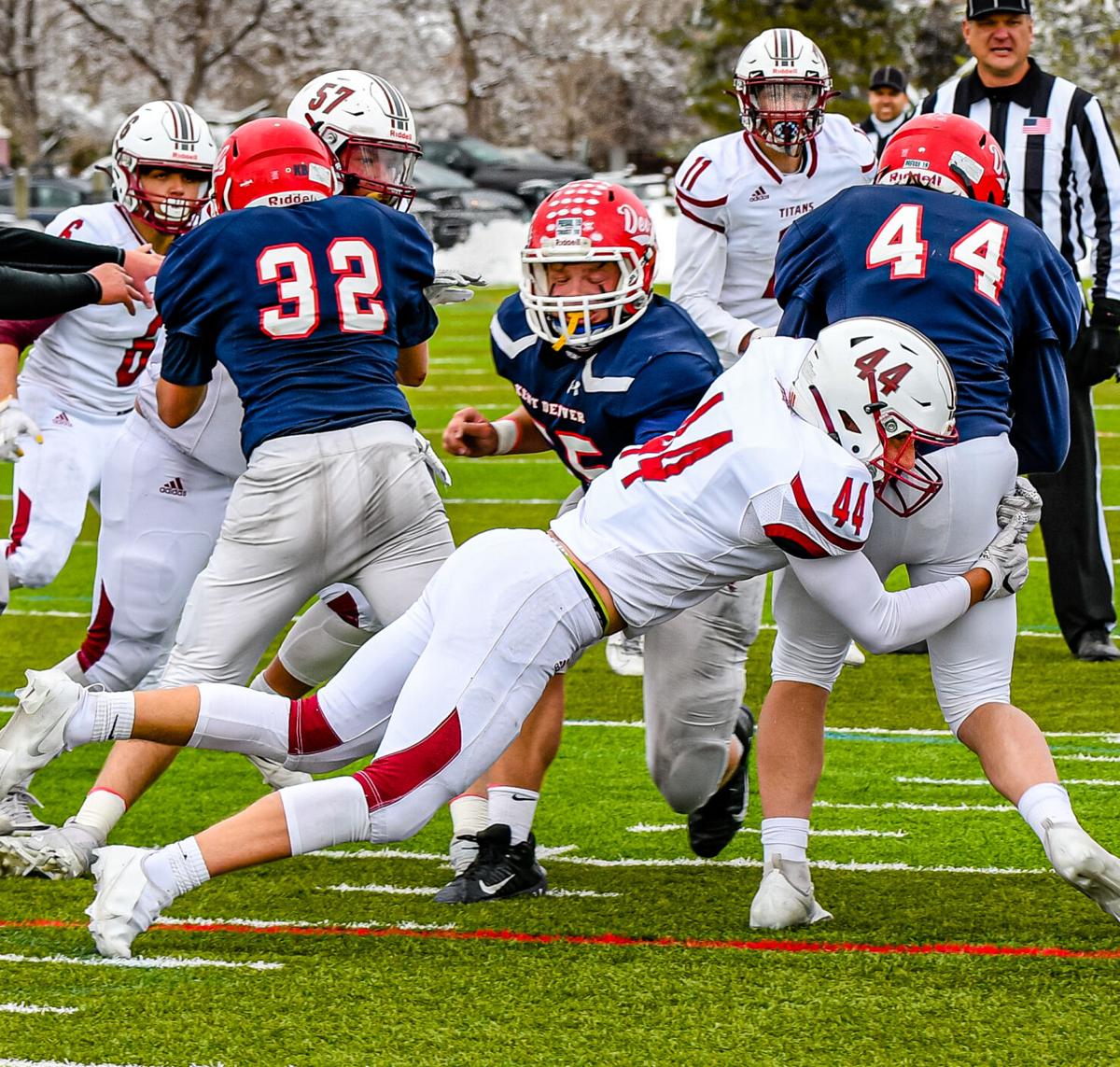 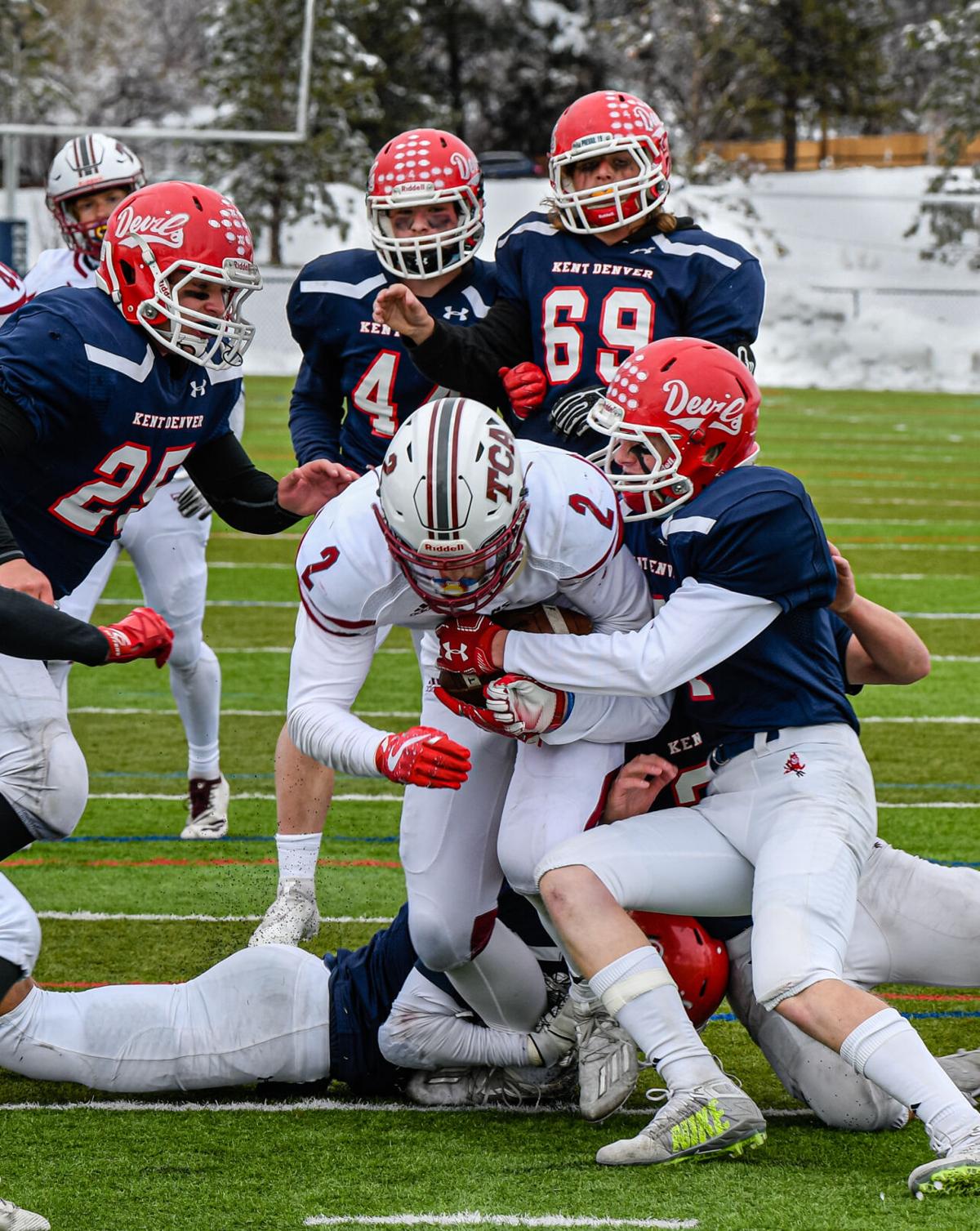 TCA's Cade Palmer runs through a Kent Denver defender during a 49-0 win on Friday, April 16 at Kent Denver. (Photo submitted by Rob Raker) 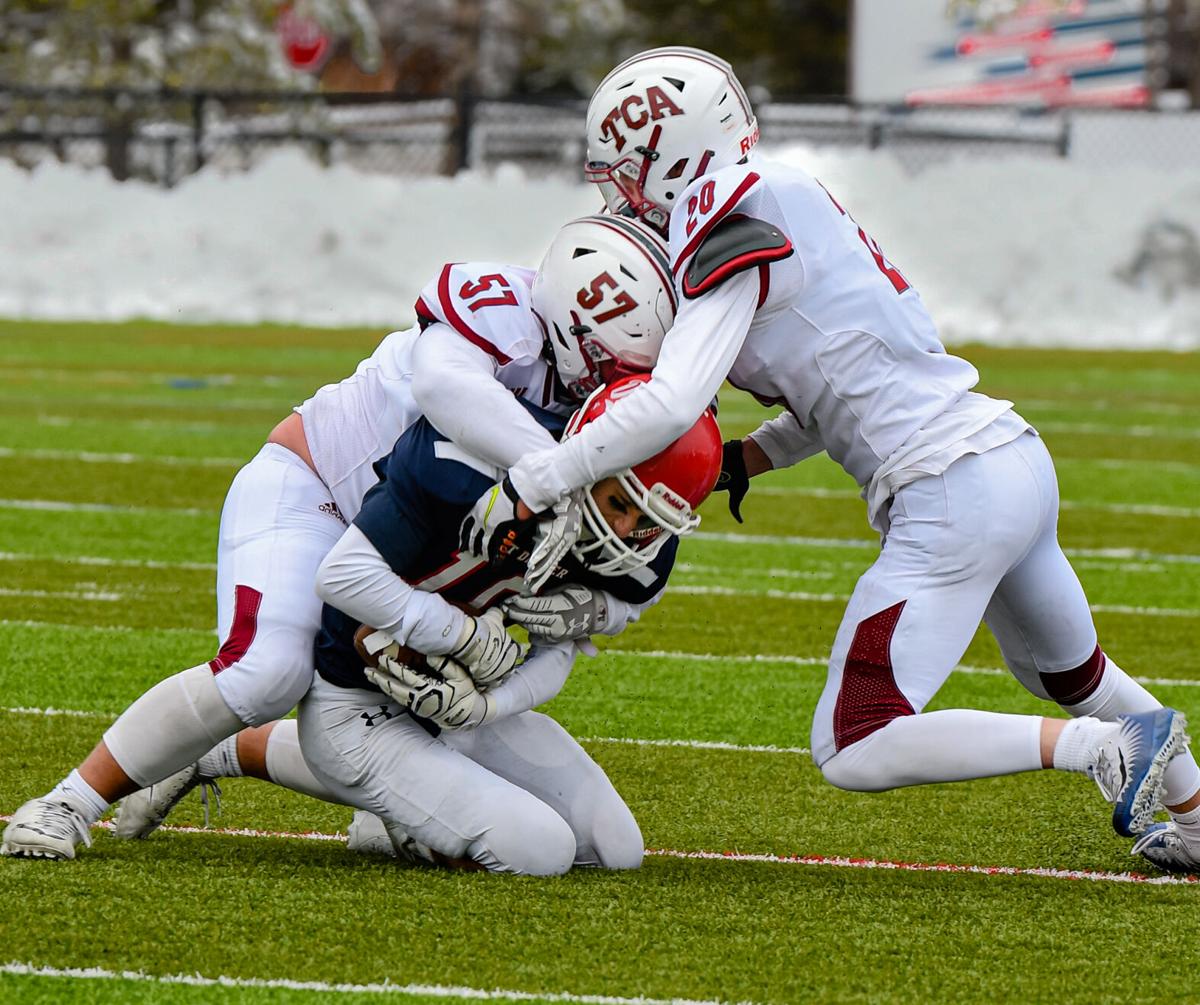 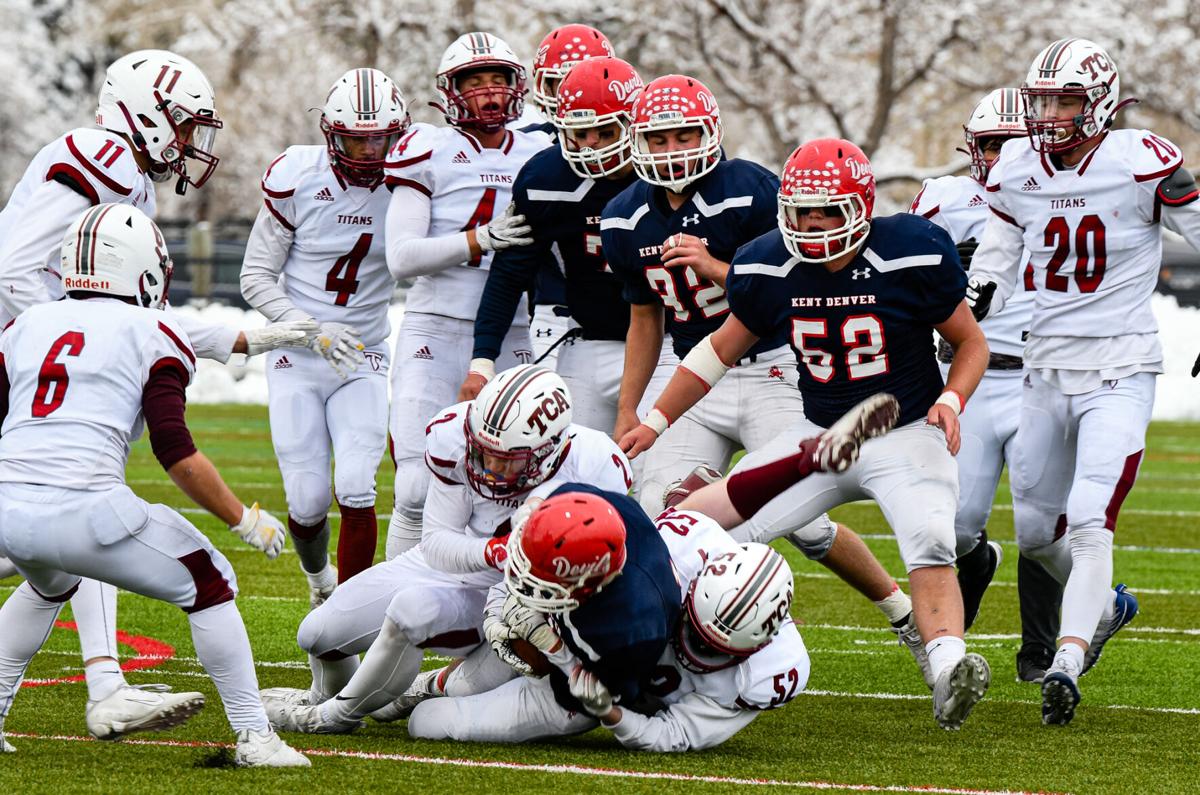 The Classical Academy won its four straight game in a 49-0 3A East shutout over Kent Denver on Friday, April 16 at Kent Denver. (Photo submitted by Rob Raker)

TCA's Cade Palmer runs through a Kent Denver defender during a 49-0 win on Friday, April 16 at Kent Denver. (Photo submitted by Rob Raker)

The Classical Academy won its four straight game in a 49-0 3A East shutout over Kent Denver on Friday, April 16 at Kent Denver. (Photo submitted by Rob Raker)

At Kent Denver: The Classical Academy continued its dominant tear through the season at Kent Denver with a 3A East shutout win.

TCA forced a 3-and-out and scored on its first offensive possession, leading Kent Denver 27-0 at halftime.

Garrett Kautz opened the second half with a kickoff return for a touchdown, and later scored on a pick-six. Cade Palmer scored three touchdowns and ran for 156 yards and Sam Guilez threw two touchdown passes, one to Aden Timson and one to Matthew Segovia.

The Titans have had two shutout wins in the short season, and the defense has allowed just three touchdowns.

“These kids just have a joy for playing and it really shows early on,” said TCA coach Justin Rich. “I think they are confident, they know we are talented and fast, and they are a coachable group of kids that love each other and are excited to play.”

TCA concludes its regular season next Thursday at Denver West.

At Coronado: Coronado defeated Cañon City on its way to fourth straight win in a fifth 4A CSML South victory.

The Cougars had a 2-0 lead at halftime and added a third in the second half. Garrett Klein, Ali Lara and Ismael Flores each scored for Coronado. Flores and Miguel Rios had an assist each.

Josh Granados had an assist and Travis Tygart earned the win in goal.

Parker Burnett also scored for Pine Creek. Jake Peters and Sam Reynolds had an assist each.

Freshman goalkeeper Connor Shaw had three saves in goal to secure the shutout.

At St. Mary’s: St. Mary’s won a nonconference match against Pueblo County, closing out the four-set win after the Wildcats bounced back to win Set 3 to avoid the sweep. The Pirates closed out the match with a 29-27 win in Set 4.

Pine Creek was led by Hailey Aigner with nine kills, and Mikayla Hinton had seven. Amelia Nott had 10 blocks and Aigner had five.

At Lewis-Palmer: The Rangers claimed their second straight victory and first win of the year in straight sets in a 5A/4A PPAC win over Fountain-Fort Carson 25-13, 25-12, 25-15.

Whitney Richardi had 21 kills to lead CSS and Bailey Reid had 10 kills and four blocks. Elise Layton had four aces and 38 assists.

After a three-year hiatus, state championship coach Jeff Beatty will be back on the sideline, this time at Coronado, the school announced Friday.