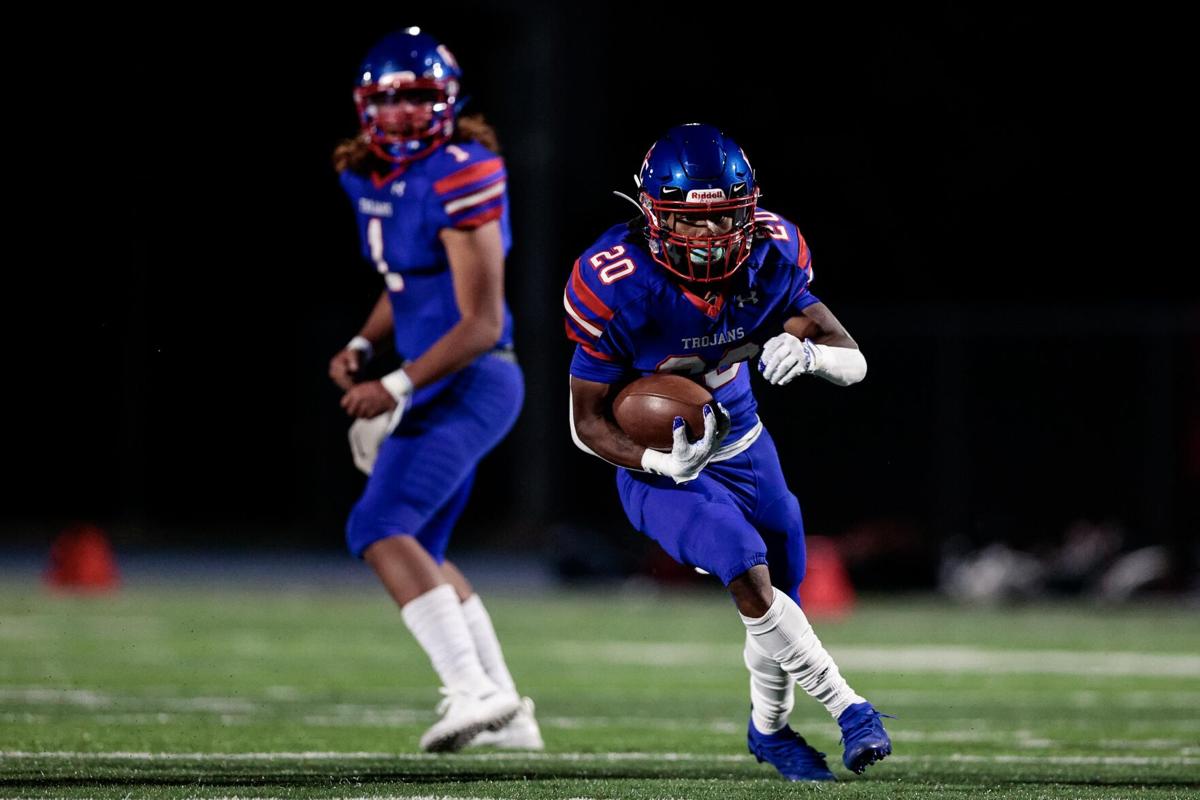 Fountain-Fort Carson senior Q Jones (20) runs for a touchdown on a hand-off from sophomore Tavian Tuli (1) in the second quarter. The Fountain-Fort Carson Trojans hosted the Coronado Cougars in football on Friday, October 9, 2020 at Guy R. Barickman Stadium. Photo by Isaiah J. Downing 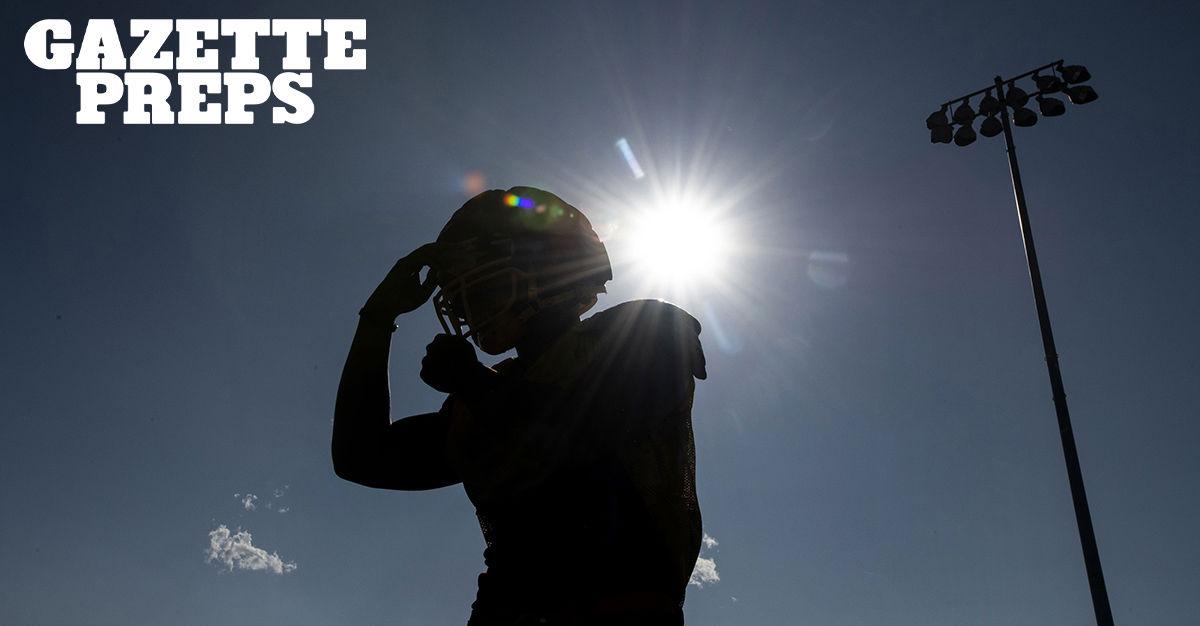 Fountain-Fort Carson senior Q Jones (20) runs for a touchdown on a hand-off from sophomore Tavian Tuli (1) in the second quarter. The Fountain-Fort Carson Trojans hosted the Coronado Cougars in football on Friday, October 9, 2020 at Guy R. Barickman Stadium. Photo by Isaiah J. Downing

Fountain-Fort Carson’s “Q” is hardly anonymous, but he’s hoping a strong finale with the Trojans’ football team will make his name even more known by college recruiters.

Friday was a good second step for Q Jones, Fountain-Fort Carson’s star running back. After rushing for 163 yards and four touchdowns in the first game of his senior year, Jones added five touchdowns and roughly 300 rushing yards in the Trojans’ 61-28 win at Vista Ridge on Friday.

“Because of his injury, it’s been kind of quiet lately,” Fountain Fort-Carson coach Jake Novotny said when asked about Jones’ recruitment. “But it’s kicked back up recently.”

Jones rushed for more than 1,400 yards and 18 touchdowns as a sophomore, but a broken leg ended his season prematurely. An issue with the initial surgery forced a follow-up operation that cost him most of his junior year.

“I had to get one of the screws in my leg taken out, so it can allow the bone to slide down and heal with the bottom half,” Jones explained.

He looked pretty healthy against the Wolves.

Jones’ first touchdown, about a 50-yard run through the left side, opened the scoring on the Trojans’ first offensive play, while the second and third runs - both coming from short distance, helped the visitors lead 20-0 with 1:20 left in the first quarter. The Trojans would lead 27-0 after Ricardo Rivera carried the ball around the right edge midway through the second quarter.

Vista Ridge sophomore quarterback Brayden Dorman completed touchdown passes to Keyon Burris and Kyshawn Bridges in a span of 63 seconds late in the first half that helped the Wolves cut the deficit to 13 by halftime. Dorman, a top prospect in the class of 2023, claims an offer from Iowa State and showed why with two more long touchdown passes in the second half, a second to Burris and another to Brandon “BeBe”Hills.

“He is probably one of the best quarterbacks we’ve ever played against,” Novotny said. “He’s going to be a great player this year and in the future.”

That’s the kind of attention Jones is after but a state championship for F-FC, which won its 4A Southern League opener Friday, is the primary concern.

“I’m expecting offers, but you know my focus isn’t really that,” Jones said. “My focus is to win and get a state championship, because that’s something you can’t take away from us.”

To start the second half, Novotny went back to Jones. Two carries and 90 yards later, Jones had his fourth touchdown, a 70-yard run that ended with the 6-foot, 190-pound back slipping out of an ankle tackle. Jones leaped over a pile midway through the fourth quarter for his ninth touchdown of the season. The F-FC senior’s running ability is hardly in question, but he’s also looking to showcase other parts of his game.

“I think that I need to show colleges that I can block as well as I can run,” Jones said.

With Malik McClarity scoring twice on the ground and Ricardo Rivera and Tai Faavae adding rushing touchdowns to complete F-FC’s scoring, there weren’t many pass-blocking opportunities for Jones on Friday, but he showed plenty of reasons why he’s hearing from a handful of Division I and II college coaches.

If Jones can stay healthy, keep running like he has through the first two weeks of the season and lead the Trojans on a deep playoff run, college coaches will know all about Fountain-Fort Carson’s “Q.”

“(College coaches) needed to see him play and (know) that he’s healthy,” Novotny said. “I think he’s proving that.”