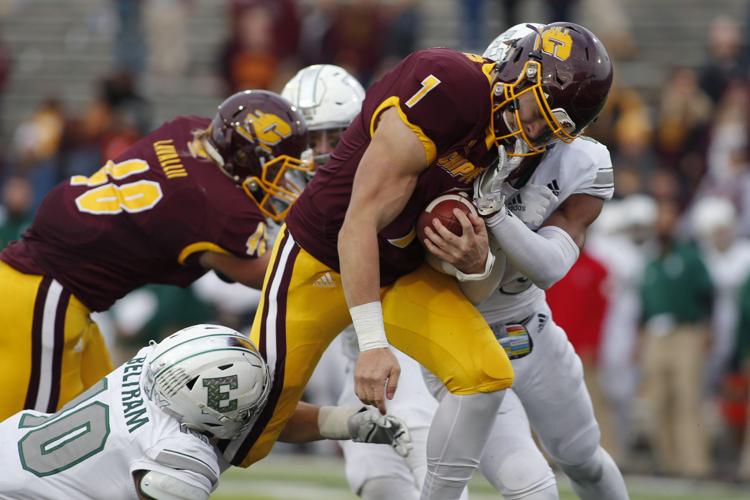 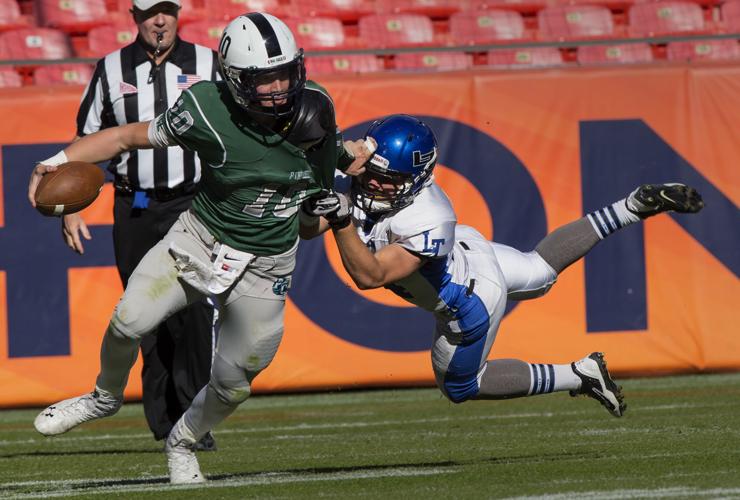 Pine Creek quarterback Tommy Lazzaro breaks away from a Longmont defender during the second quarter of the 4A State Football Championship Saturday, Nov. 28, 2014, at Sports Authority Field at Mile High in Denver. (The Gazette, Christian Murdock) 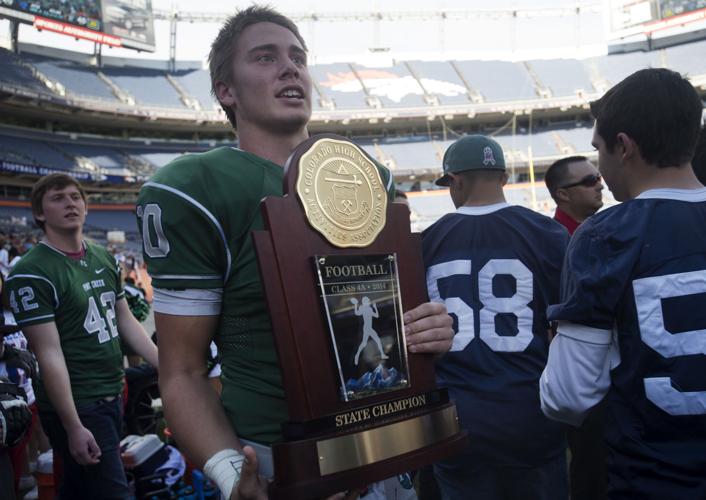 Pine Creek quarterback Tommy Lazzaro breaks away from a Longmont defender during the second quarter of the 4A State Football Championship Saturday, Nov. 28, 2014, at Sports Authority Field at Mile High in Denver. (The Gazette, Christian Murdock)

The quarterback of Pine Creek football’s first two state championships posted on social media May 13 he received a special-forces contract from the U.S. Army after a college football career and December graduation from Central Michigan.

Lazzaro initially took a job with Collabera doing information technology recruiting in Denver. The work was fine and he liked the people in the office, but something tugged at him. He sought something that would physically challenge him and hopefully help others. The Army had long been a possibility after growing up with his father's and paternal grandfather’s stories of service. He asked a friend in the Marine Corps how long he lasted in office life before speaking with a recruiter and got “a month,” in response. Lazzaro planned to give it six.

“I at least lasted two months,” Lazzaro said. “I told myself I was going to give it six months before I made a decision, but I couldn’t wait that long.

Basic training starts at the end of August in Fort Benning, Ga., and he’s preparing much like he did for his final football season, only with more conditioning.

Lazzaro entered the 2019 season after starting five games at quarterback as a junior, amassing 711 yards and five touchdowns passing and 381 yards and three scores rushing. The Chippewas went 1-11 and John Bonamego, the coach who recruited him to Mount Pleasant from Dodge City Community College, was fired. Jim McElwain took over and brought a couple of quarterbacks with him, relegating Lazzaro to special-teams duty to start the season until another quarterback got hurt.

“Then I got put back in the quarterback room, and they stopped letting me do special teams,” Lazzaro said.

After watching a few games as a backup, Lazzaro returned to the field in a package that served as a catalyst for the run game and excelled in short-yardage situations late in the season. He scored eight rushing touchdowns on 36 carries as a senior, including a two-touchdown performance in the Mid-American Conference Championship game in Detroit.

“Even just making it there and getting to play in the Lions’ stadium was one of the coolest things I’ve ever done,” he said. “Just being able to play in that game and score a couple of touchdowns was definitely a high moment and a great one to go off on.”

Though the Chippewas lost the conference championship to Miami (Ohio), 25-21, and were blown out by San Diego State in the New Mexico Bowl, CMU completed one of the best turnarounds in college football, finishing 8-6. Lazzaro’s contributions to the program were recognized with the Kurt Dobronski Award, given to the senior who “demonstrates great effort, intensity and appreciation for the Chippewa football program,” according to cmuchippewas.com.

“That was everything. Still to this day, getting the text that I won that was probably the most special moment of my life,” Lazzaro said. “Being selected by my teammates and peers ... was the biggest honor of my life so far. That’s something I will literally never forget.”

The decision was celebrated by CMU president Bob Davies and Chippewas athletic director Michael Alford on Twitter. It was a football ending Lazzaro can live with. He told his father he wouldn’t pursue a professional career, not wanting to tarnish memories.

“My entire football career had a bunch of ups and downs, some real low points and some real high points, and so I didn’t want my last memories of football to be, you know, just that guy that never knows when to give up the dream, just sitting in a gym, grinding by myself, hoping and praying to make a team, when I always knew I had the Army in the back of my pocket. I knew that was something I really wanted to go do.”

The successes — two state championship at Pine Creek, a program-best for wins in junior college and the touchdown runs at Ford Field — will hopefully serve as the lasting memories, but the adverse times — not getting a Division I offer out of high school, spending a semester in southwest Kansas and hardly playing his first couple of years at CMU — should serve him well in the future.

“It will definitely take some adjusting, but I think coming from a football background is going to set me up pretty good to be able to adjust to those things on the fly and handle whatever is thrown at me in that sense,” Lazzaro said.

Todd Miller, his coach at Pine Creek, remembered “an extremely special high school football quarterback” with a linebacker’s mentality. He had little doubt the 6-foot-4, 213-pound Lazzaro can transfer his skills on the football field to the battlefield.

“I can’t speak enough about his toughness, willingness to lead by example and just the ability to compete and win,” Miller said. “He was the ultimate competitor.”

After the cancellation of spring sports due to the COVID-19 pandemic, the Colorado High School Activities Association set a strict moratorium …