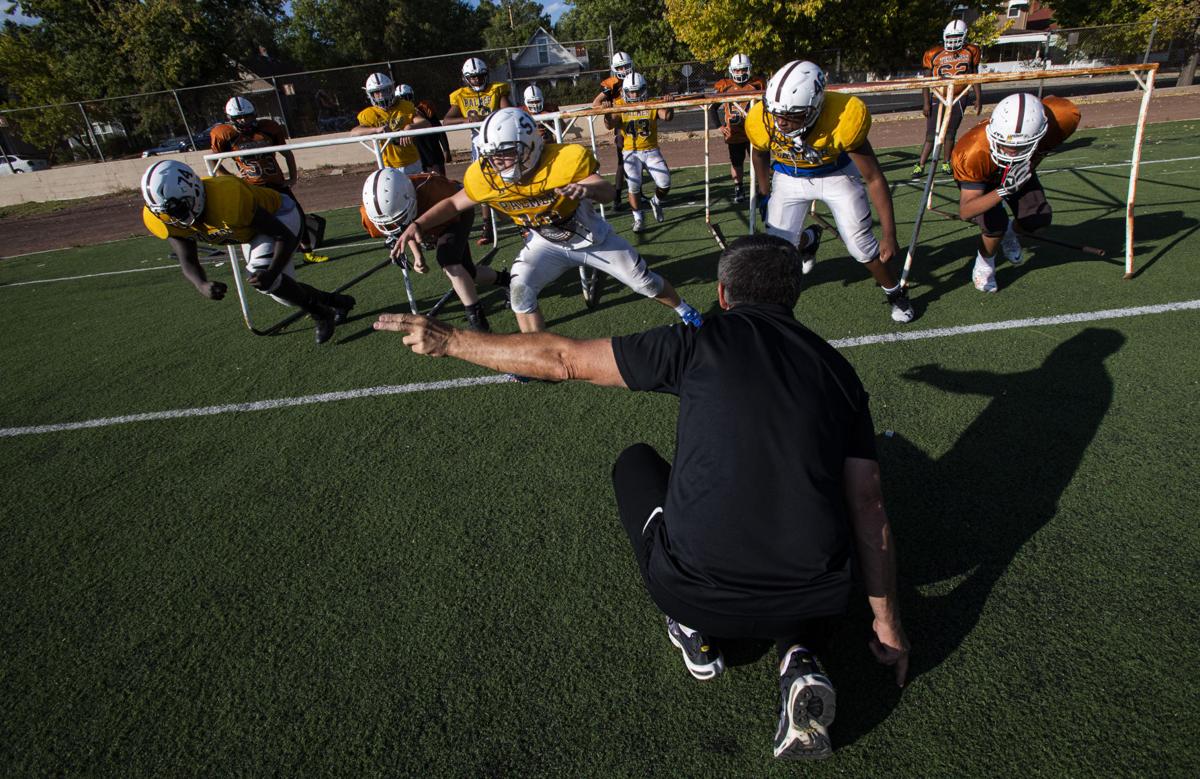 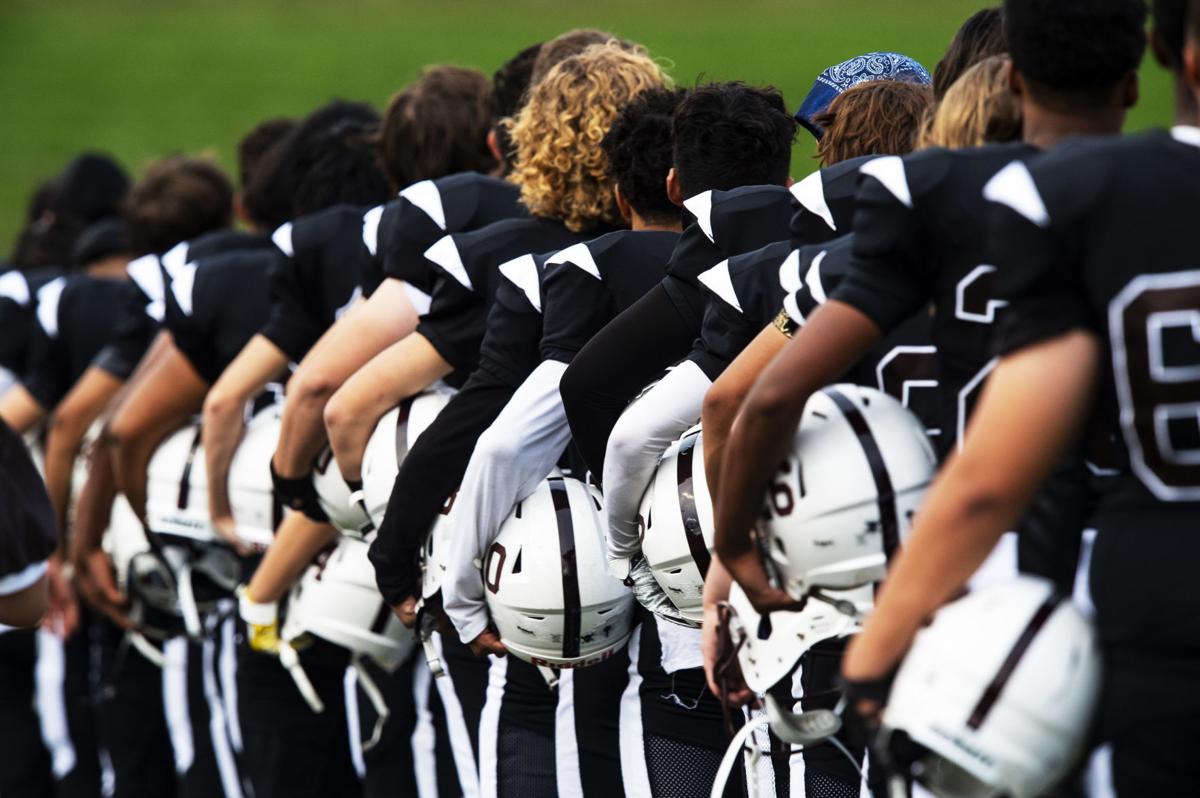 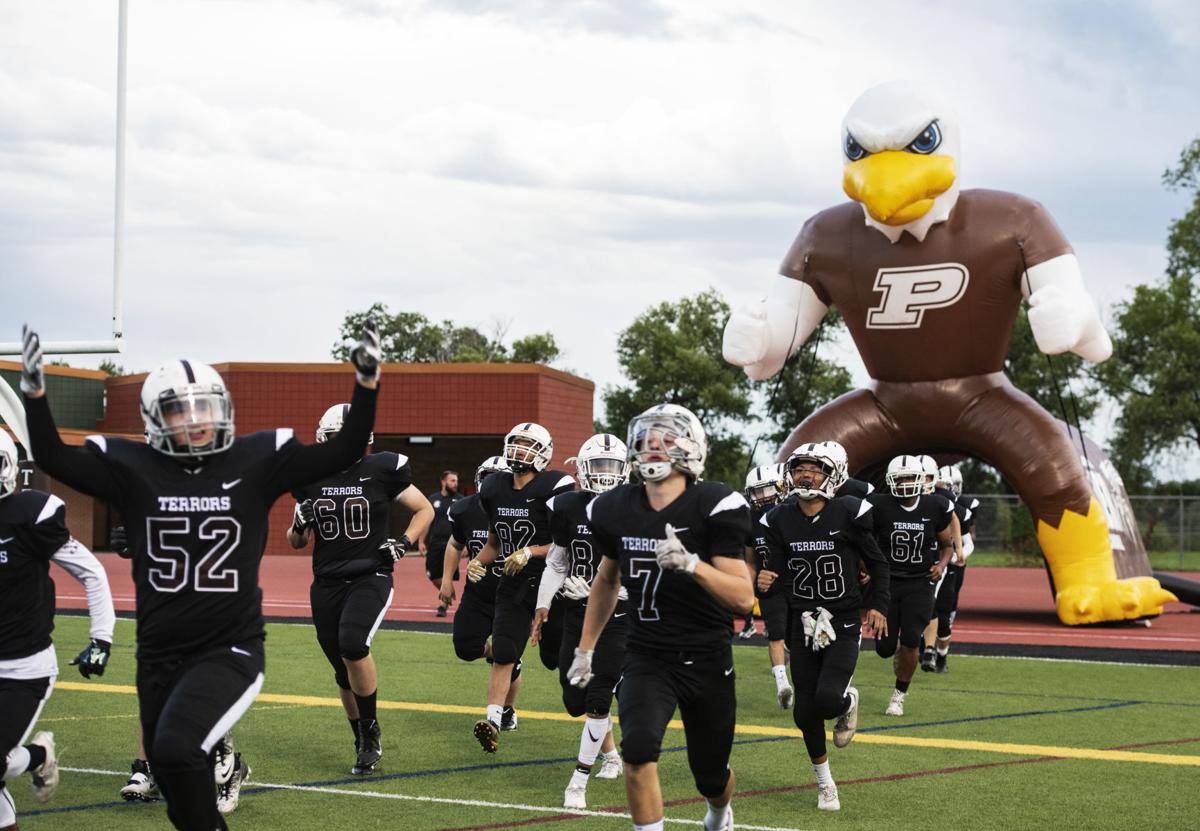 Palmer High School’s varsity football team runs onto the field Aug. 31 before the Mitchell vs. Palmer game at Garry Berry Stadium in Colorado Springs. Palmer is low on numbers.

Palmer High School’s varsity football team runs onto the field Aug. 31 before the Mitchell vs. Palmer game at Garry Berry Stadium in Colorado Springs. Palmer is low on numbers.

Palmer High School will welcome a new football coach, as the Terrors enter a new league.

Phillip Naple, who has coached the Terrors reserves and the varsity defensive line the last few years, will be tasked with leading Palmer into the Class 4A I-25 league.

“We are extremely excited to have coach Phillip Naple to return to our program in a new capacity,” Palmer athletic director Christina Miner wrote in an email to The Gazette. “His focus on building trusting relationships is key during this time of uncertainty. He has a heart for our student-athletes and community. He is focused on making sure our team has success on the field, in the classroom and in the community.”

After an 0-5 run through the 4A Southern League last year, the Terrors will join their new league alongside Cheyenne Mountain, Falcon, Liberty, Thornton and Widefield this fall.

“I think overall it’s beneficial that they realigned things for all the schools,” Naple said Tuesday afternoon before heading out an evening summer camp session. “It gives us the opportunity to grow our program and develop our athletes.”

The Terror program has been saddled by low numbers and a tough league the last few seasons, winning just two of its last 30 games, but Naple finds reason for optimism.

“I have a bunch of really strong, healthy, energetic and really skilled athletes this year,” he said.

Palmer is expected to return Carlos Moreno, who passed for more than 1,500 yards as a junior and leading rusher and No. 2 receiver Jaiveon Kendrick, though last year’s offensive coordinator, Jeremy Calip, took a job at Mitchell. The Terrors will also have the coach’s son, Joe Naple, leading the defense at middle linebacker after racking up 126 total tackles as a sophomore.

Prior to coaching, Naple served in the Army for 14 years before going into law enforcement and starting a business, according to the Terror athletics Twitter account.

“His military and football experience will be of high value to our program,” Miner wrote before adding most assistant coaches are expected to return.

The new Palmer coach said he worked closely with Tom Reber, the previous coach, which should help the program maintain some semblance of consistency.

“I think stability is one of the most important things,” Naple said.

“It sets a precedence that lets the kids feel like there will always be someone there for them.”

Darrel Gorham tabbed to lead Falcon into Class 4A football

Class 4A football figures to be a step up for most on the Falcon High School roster, but it won’t be for new coach Darrel Gorham.