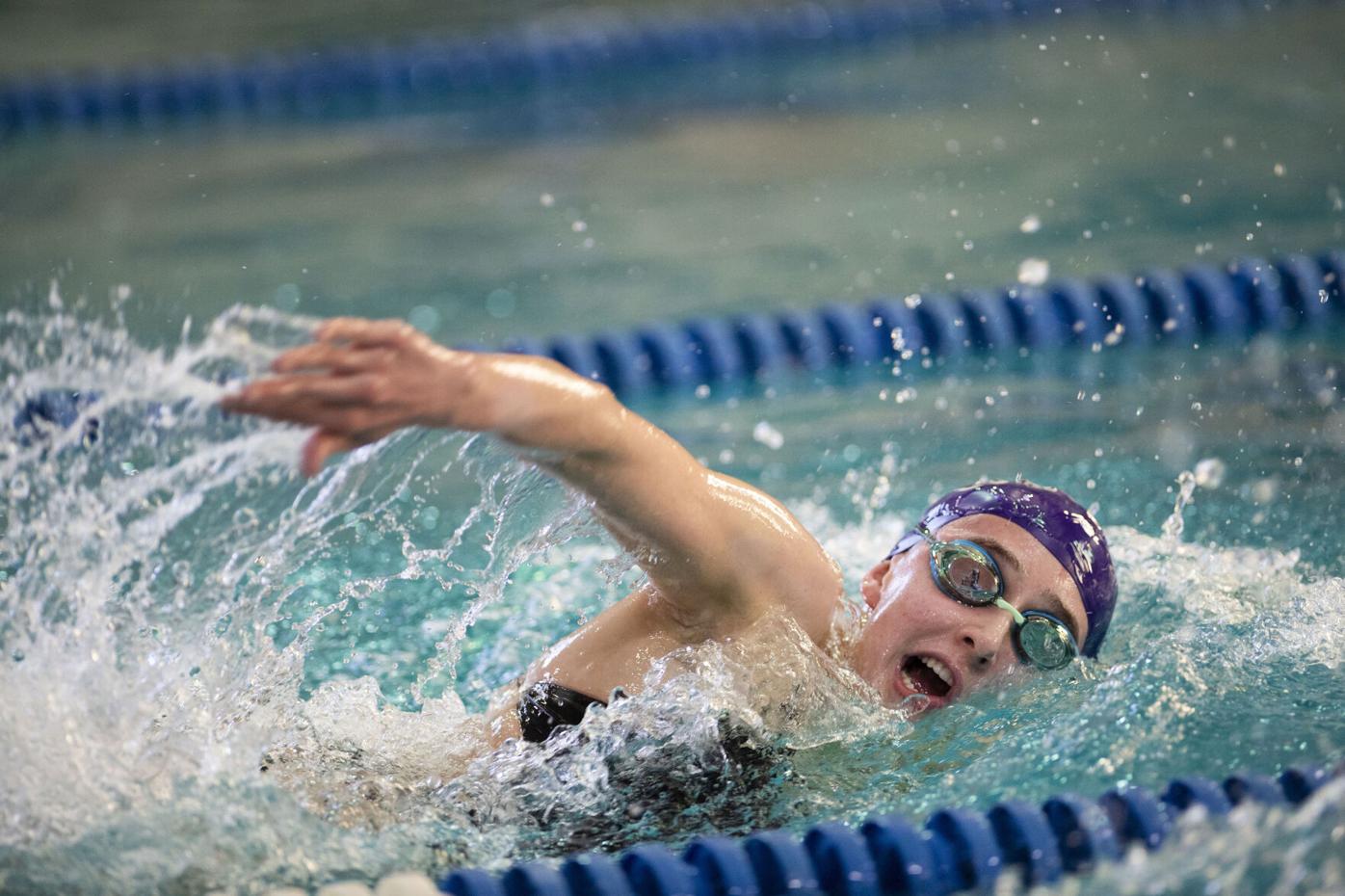 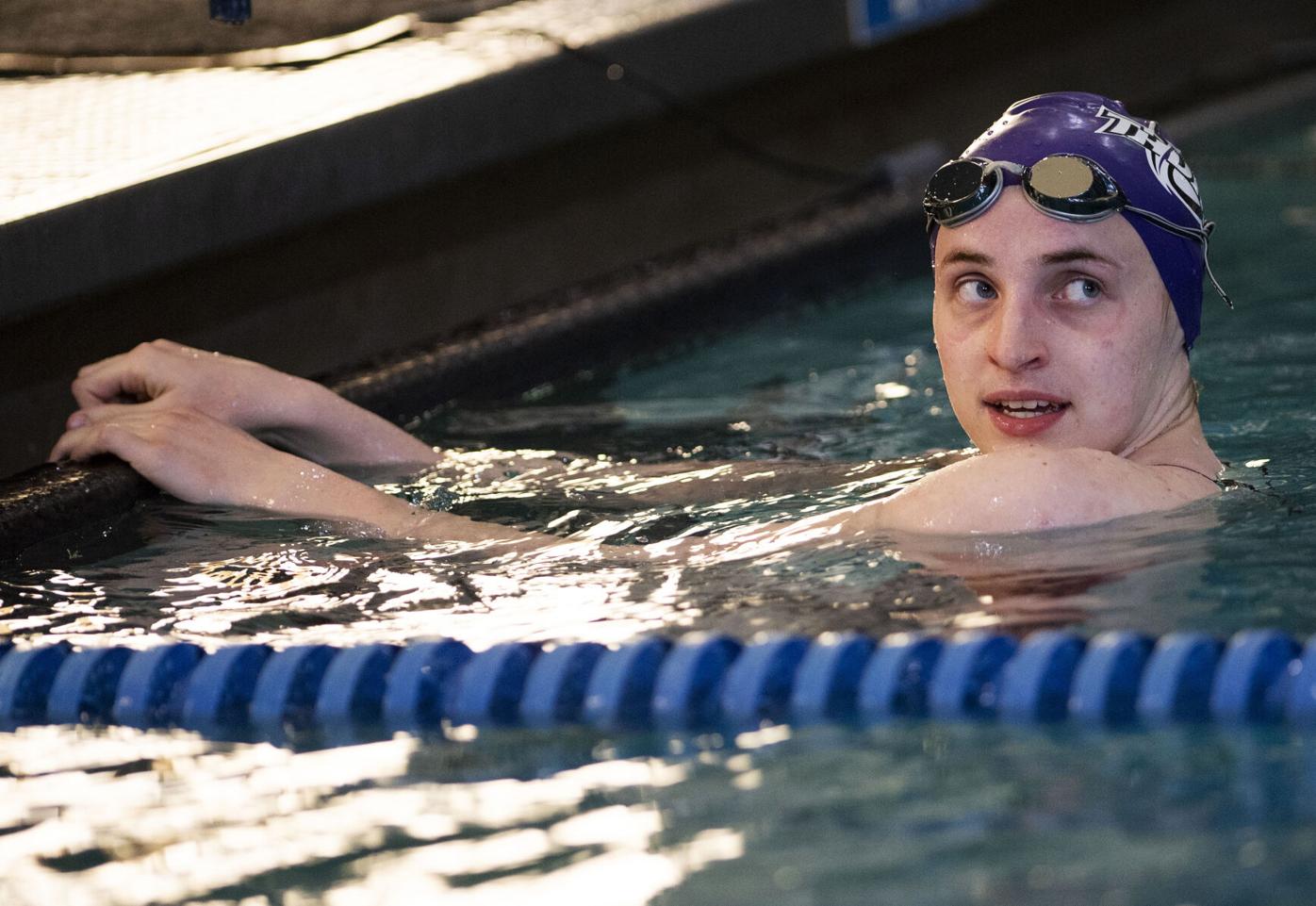 LEFT: Discovery Canyon senior Eden Nolan looks to the score board as she finishes in first place while competing in the 50 yard freestyle event during the Discovery Canyon and Rampart High School swim and dive meet held on Tuesday, Jan. 11, at Liberty High School in Colorado Springs. 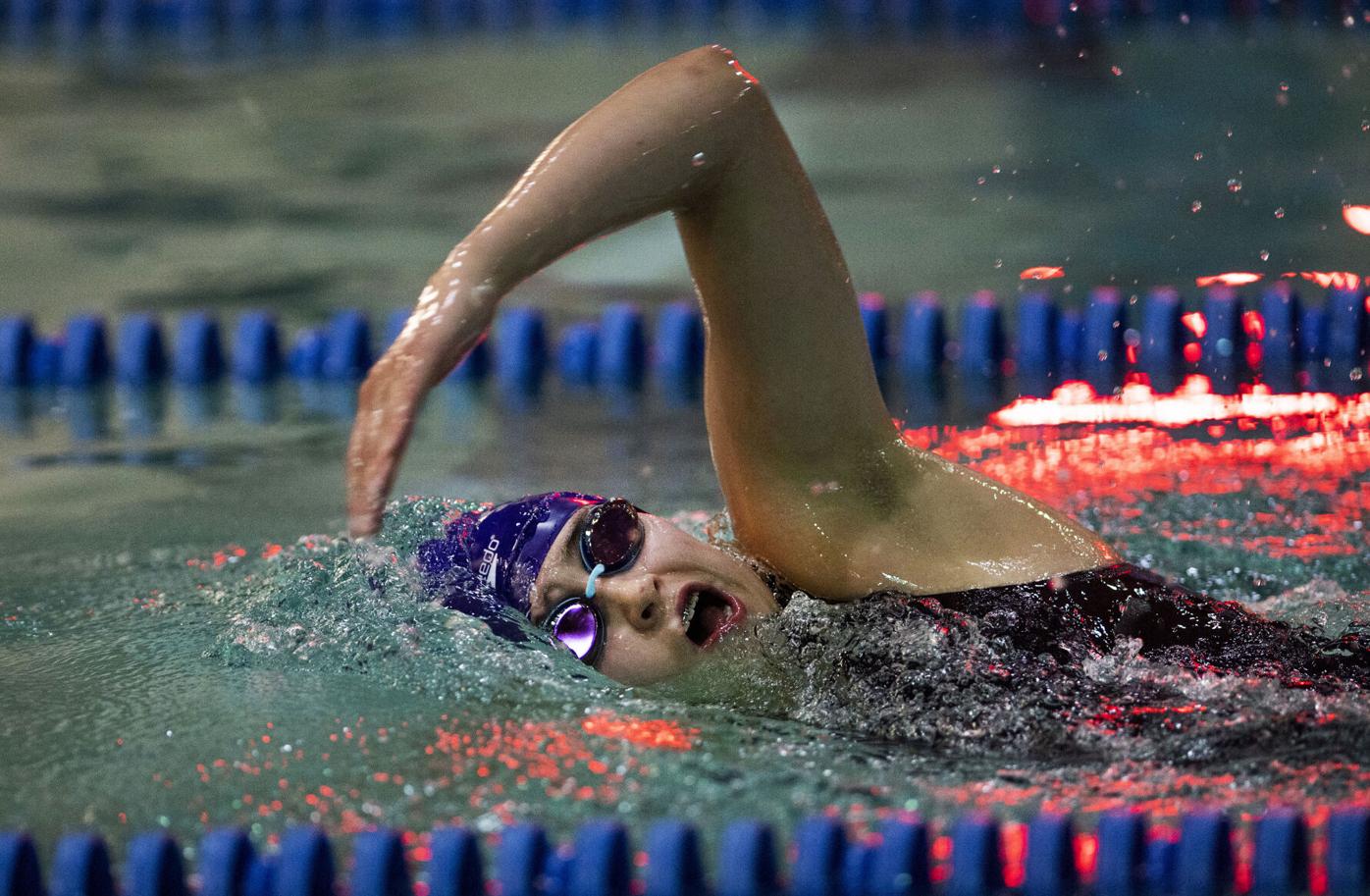 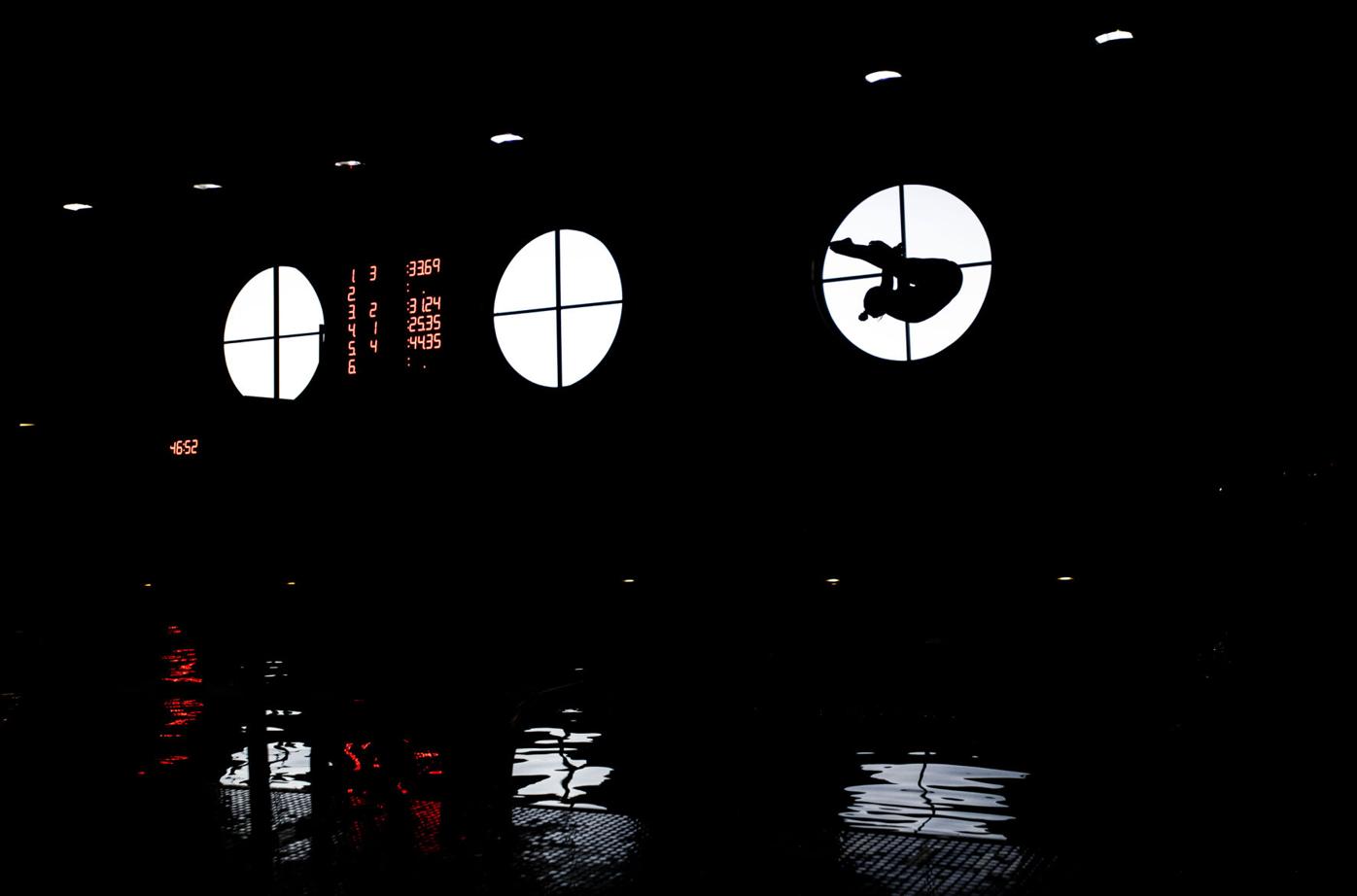 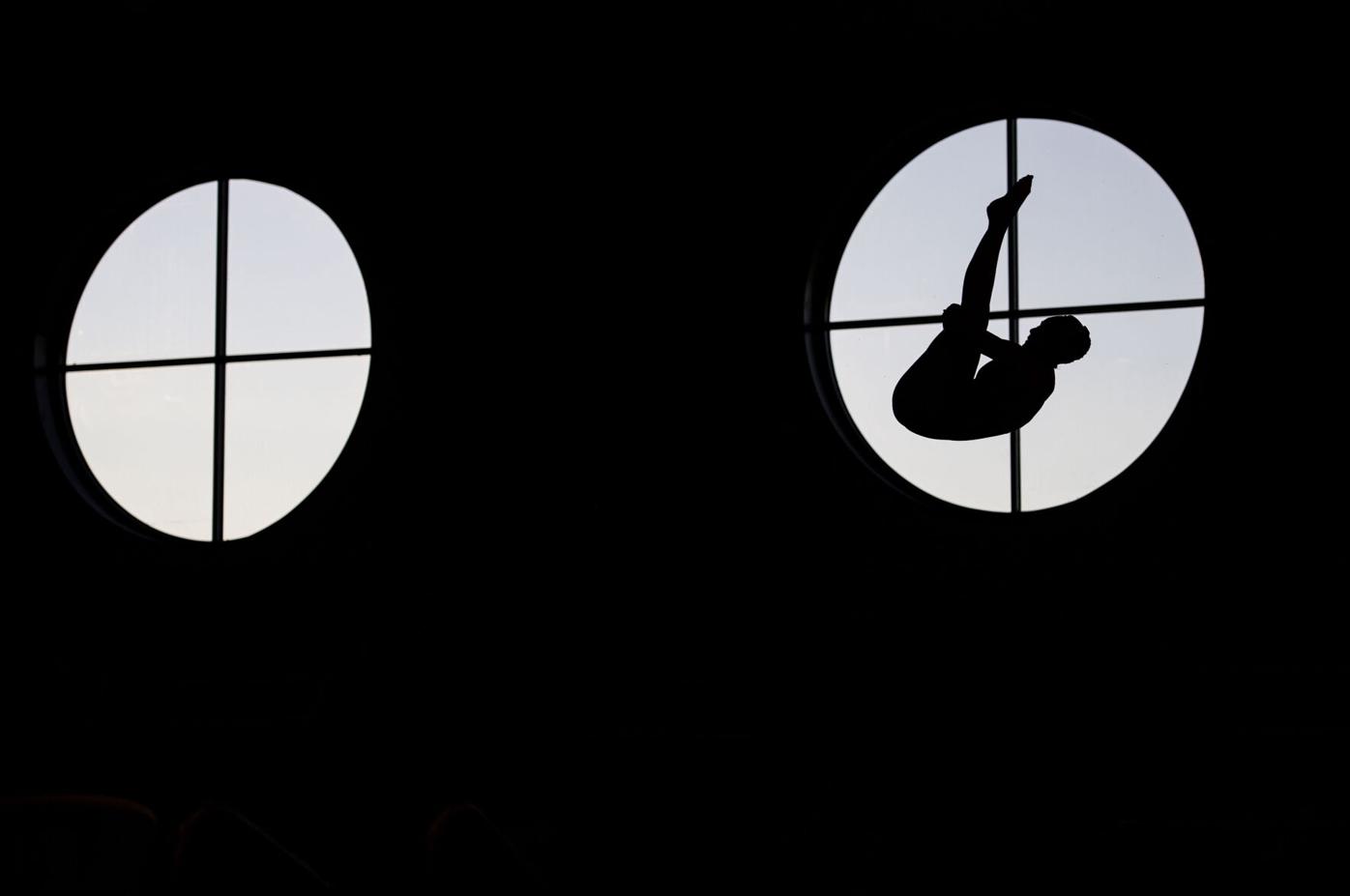 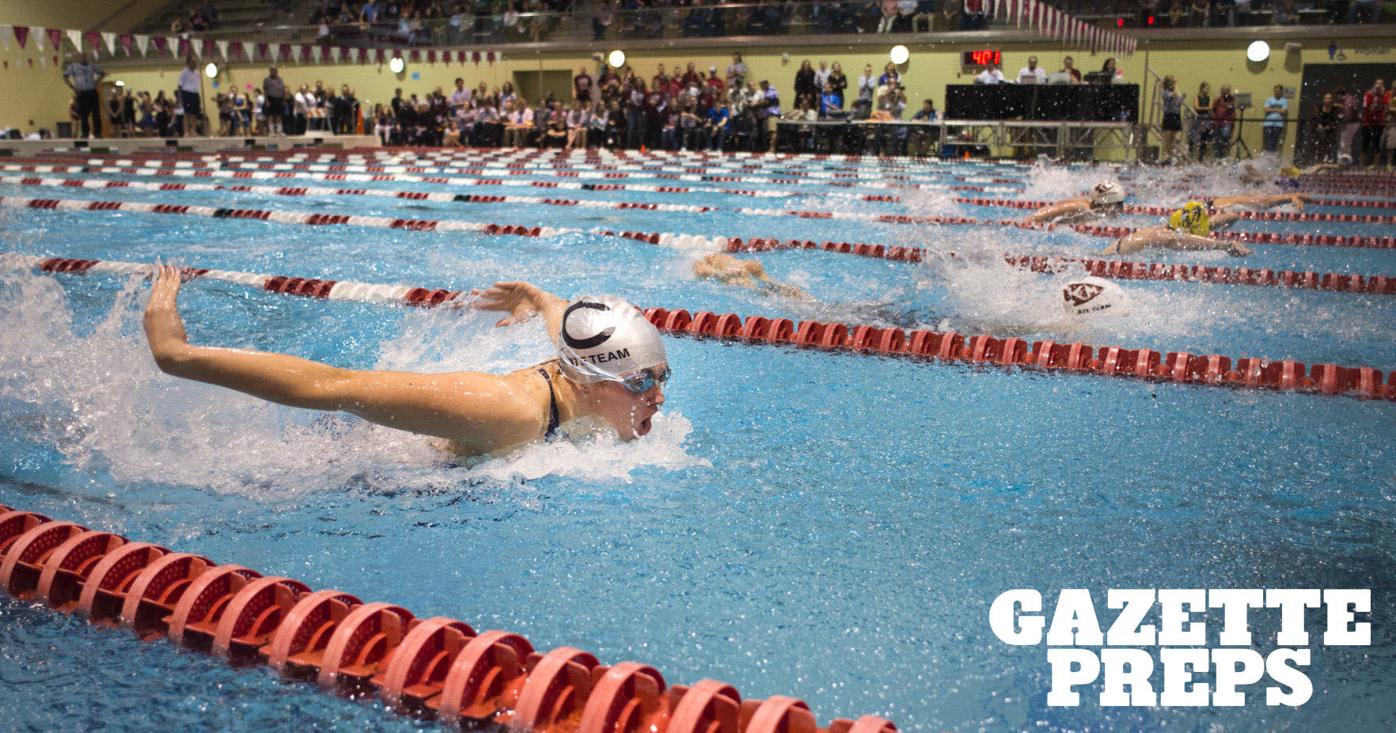 LEFT: Discovery Canyon senior Eden Nolan looks to the score board as she finishes in first place while competing in the 50 yard freestyle event during the Discovery Canyon and Rampart High School swim and dive meet held on Tuesday, Jan. 11, at Liberty High School in Colorado Springs.

That's not to say they're the best in each event, but the two put a face on a Thunder movement that's goal is to make everyone feel a sense of belonging. The first year and final-year swimmer are epitomizing what coach Kent Nelson wants from his program.

He wants everyone, young or elder, to feel they are at peace — a movement which ramped up during the turmoil and stresses of the global pandemic of the last two years.

"Swimming is very short season in high school, so we don't have a lot of time to build things," Nelson said. "These girls do a great job of creating a group that's a family.

"We have a strong group of girls. My philosophy in coaching is that results are a byproduct of hard work and team effort. If these girls aren't a unified group, then they're not going to swim well."

Tuesday, faced with a higher classified school in Rampart, the Thunder swam to a 118-68 victory.

Wagner placed first in each event she competed in. Nolan did the same. The two may be on opposite ends of the high school experience spectrum, but they've made sure each person has their place on the team.

The two also swim club together — something Nelson also credits for bringing teams together. Whereas his early career was coaching part-time swimmers, now, he's mentoring girls who hardly take a break between high school and club.

Myriad events allow for more room for error, especially upstairs. Nelson's seen how much a negative mindset can impact swimmers, so he enables Nolan, as a captain, to be a beacon.

As such, the team's done yoga for dry work to destress. They discuss mental health with one another and allow for problems to be discussed, rather than hidden.

"It's always been this way," Nolan said. "I've never felt that I was less important, even when I started as a sophomore. I don't know where it started, but we've always had the mindset of coming together.

"It's the energy that DCC swim has had forever."

Nolan grew up in the middle of her family of six siblings — the closest in age being her sister, sophomore diver Ellie. Her family's been a template, too, of brining different age groups together.

With Wagner already qualifying for state in several events, she's reached a possible plateau point. Instead, the leadership and community of the team has pushed her to swim faster each day — even when the results aren't as important.

When the group is winning, with a positive mindset, then the fun comes. The enjoyment is what makes it all worthwhile.

"I just know I can always be one stroke better," Wagner said. "But we also want to have fun with it and if you're not having fun with it, then it's not worth doing — you won't do as well."

Nelson and company have a goal to compete, and hopefully win, a state title in 3A this year. If each swimmer walks away with new friendships and a sense of belonging, then consider a title icing on the Thunder's cake.