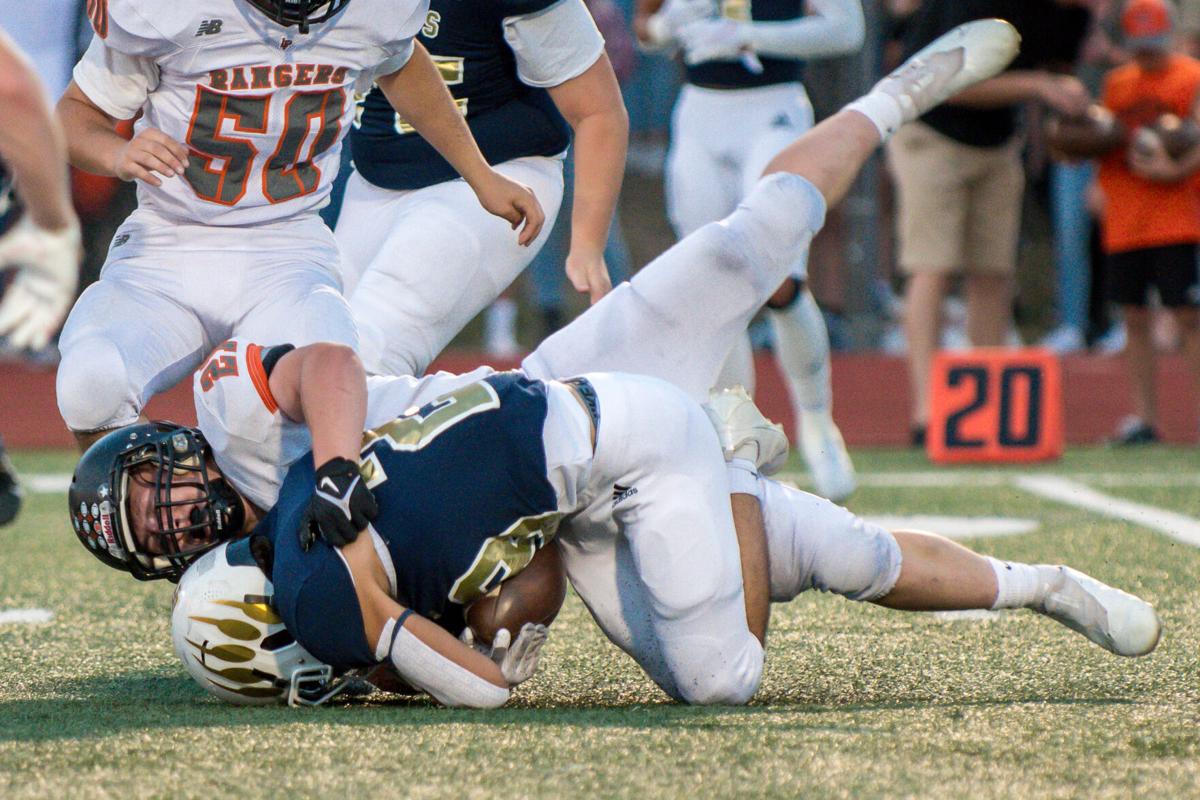 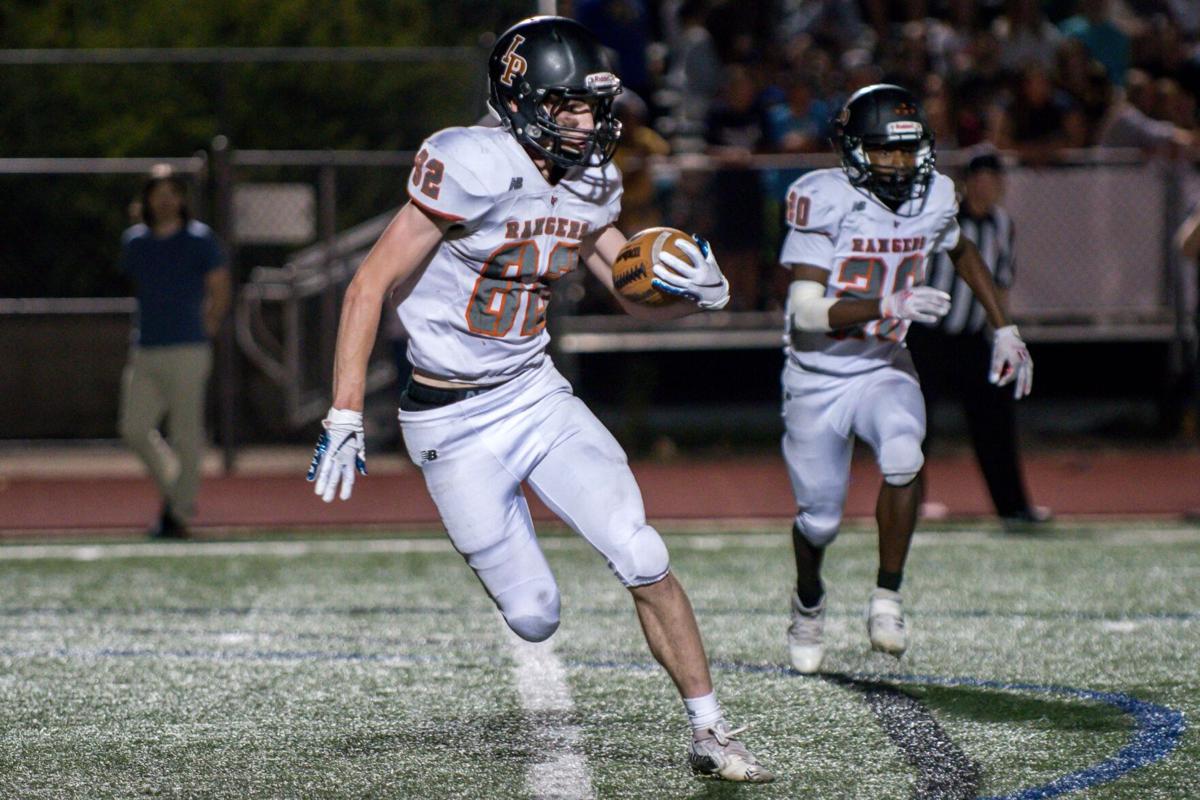 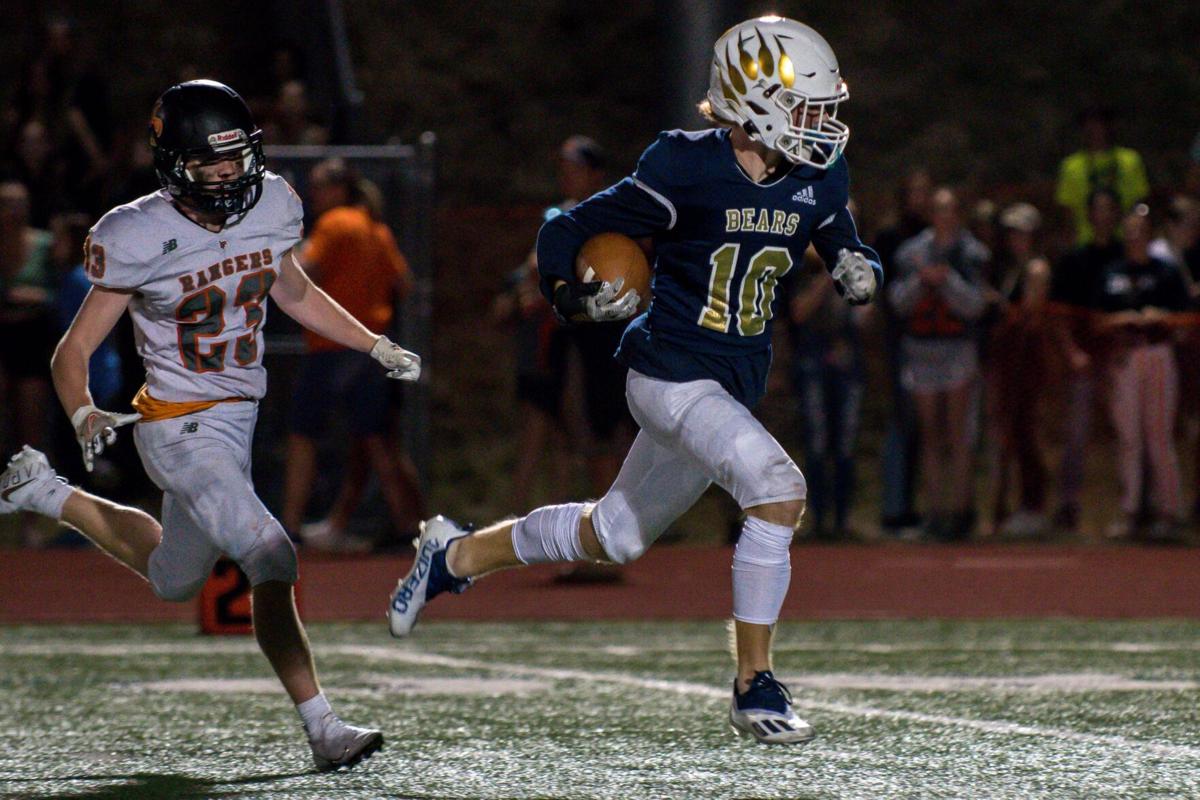 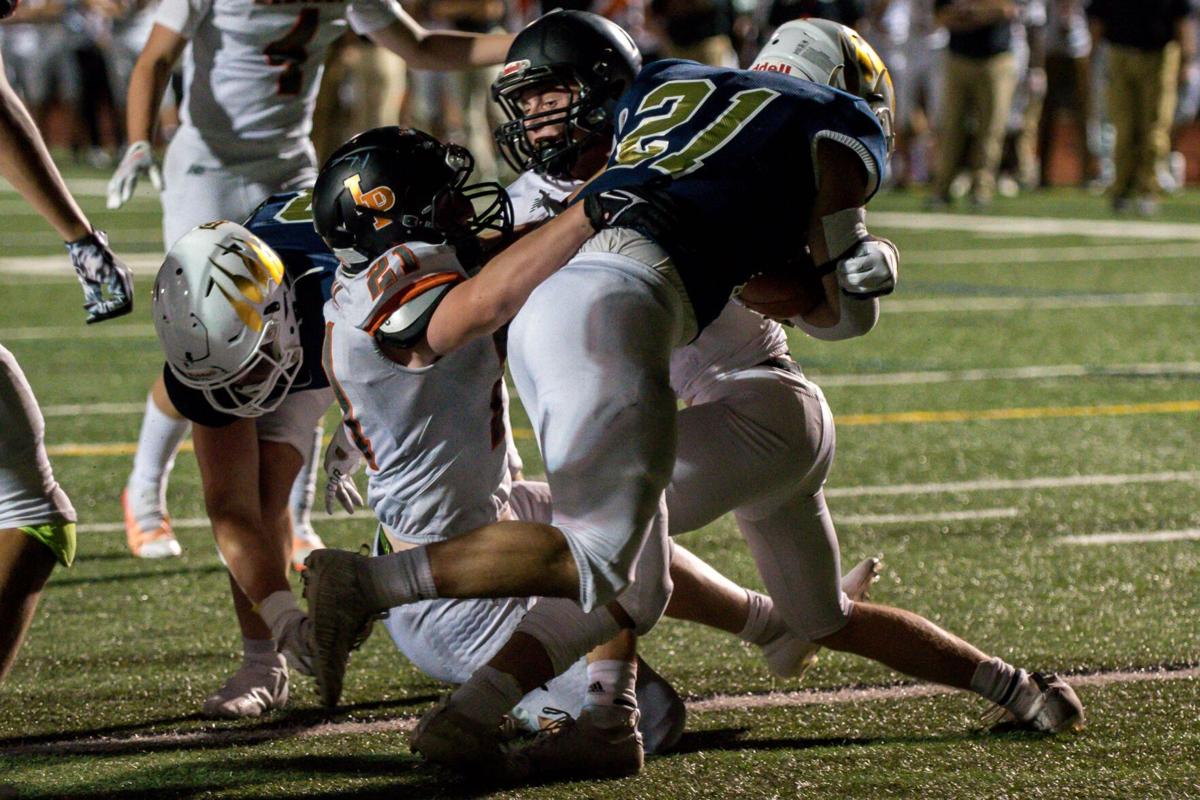 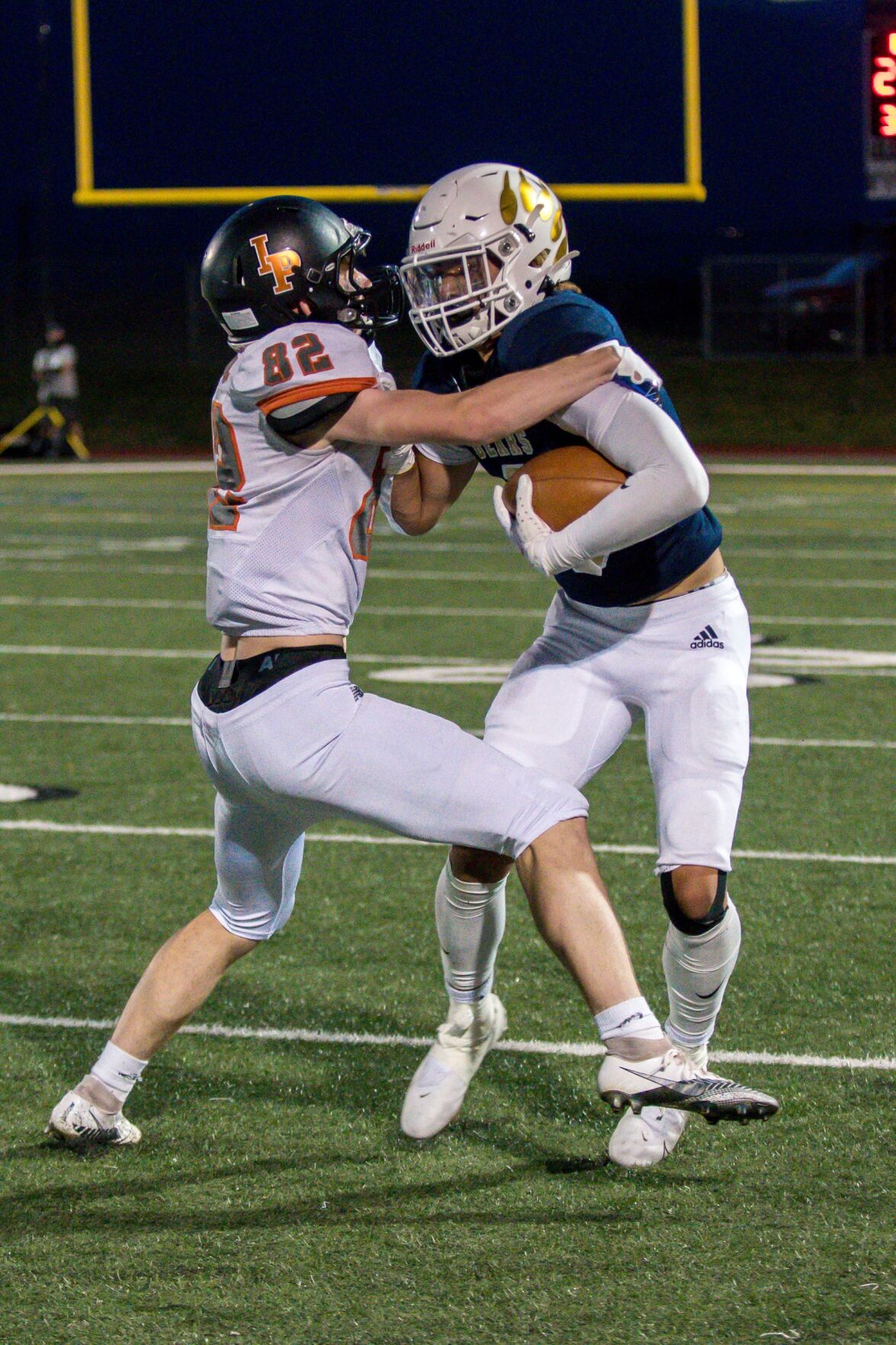 MONUMENT – The Battle of Monument football game picked up right where it left off after a year’s hiatus.

Palmer Ridge (3-0) retained General Palmer’s Cup and beat crosstown rival Lewis-Palmer (1-2) 49-0 on Friday at Don Breese Stadium for the Bears’ fourth consecutive win in the rivalry game. The Bears and Rangers didn’t play last season with teams playing shortened schedules due to the COVID-19 pandemic, but Friday’s win continued a trend after 55-3 and 42-0 wins by Palmer Ridge in the previous two meetings.

“We’ve got to prove who is the best team in the town,” Palmer Ridge senior offensive lineman Connor Jones said after being the first to hoist the cup. “It’s very important to us.”

Lewis-Palmer forced the Bears to punt on the game’s opening drive, but Palmer Ridge scored touchdowns on its next three drives to lead 21-0 after one quarter.

Gator Robinson scored the only touchdown the Bears would need, going 78 yards through the middle of the Ranger defense midway through the first quarter. KC Fackerell did most of the work on Palmer Ridge’s second touchdown, catching a ball in the flats and juking a Rangers defender on his way to a touchdown of roughly 20 yards. Quarterback Derek Hester’s second touchdown was hauled in by Anthony Costanzo over a couple of Lewis-Palmer defenders late in the first quarter.

“Anthony and KC, those are my dogs,” Hester said after winning his first start in the rivalry game. “They are the real deal, for real.”

Connor Cook and Hester scored short rushing touchdowns in the second quarter to increase the lead to 35 by halftime.

Palmer Ridge’s second and third touchdown drives started with short fields after the Rangers fumbled a kickoff, recovered by Bears sophomore Josh Paganacci, and failed to get a punt off following a low snap that skipped past the punter. The fourth and fifth Palmer Ridge touchdowns were set up by Ayden Snow. The senior receiver picked up big yardage on a couple of direct snaps that set up Cook’s touchdown. On the next possession, Snow caught a pass from Hester near the Lewis-Palmer sideline and cut back, losing a pair of Ranger defenders, before being taken down inside the five.

“Ayden’s a freak. Can I say that? He’s one of the freakier kids I’ve ever seen or coached,” Palmer Ridge coach Mike Armentrout said. “I want to always find ways to get that kid the ball. He’s pretty special.”

After throwing a couple of interceptions at Mesa Ridge last week, Hester, a sophomore, bounced back and led the Bears with three touchdowns, two passing and one on the ground.

“He’s very new to the position, but he’s doing such a great job, man,” Jones said.

“What he’s doing right now, it is so awesome, and I’m so proud of that kid.”

Running backs Jake Knisley and Luke DeBoer accounted for most of Lewis-Palmer’s offensive production but struggled to make consistent progress in another loss to their rivals.

“It feels pretty good. The Battle of Monument is always a big battle, and (we have) a lot of respect for those guys over there,” Armentrout said. “At the end of the day, we’re one big community, and we love Monument. It feels nice for sure.”