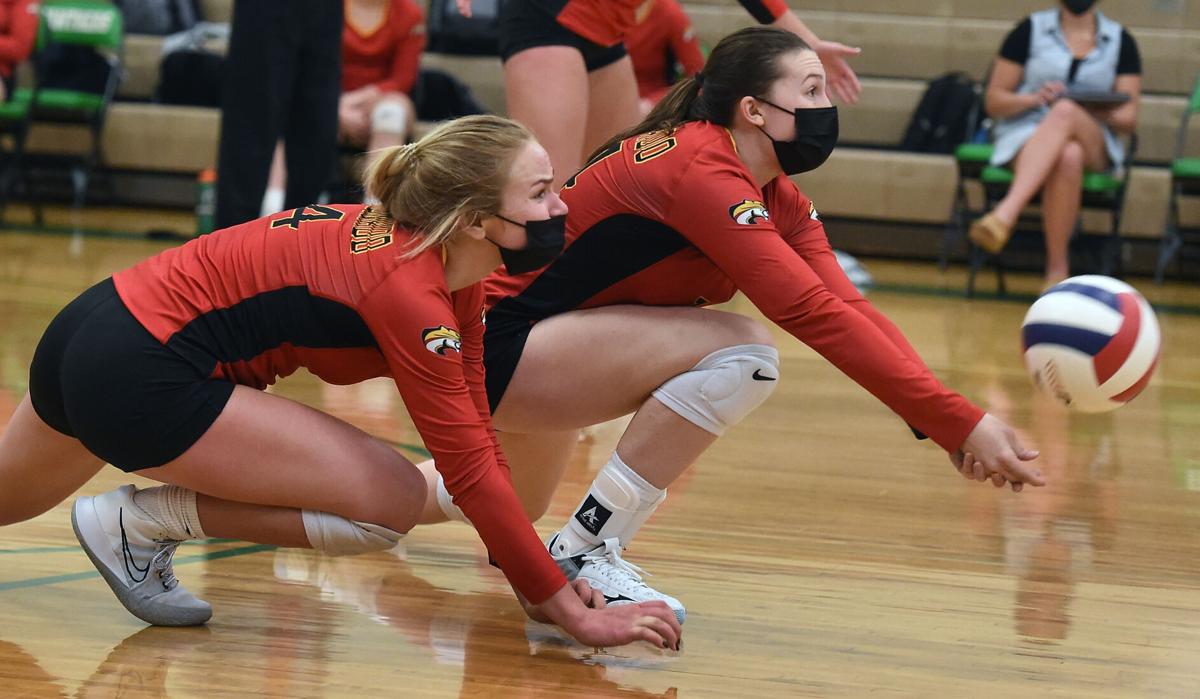 Coronado’s Stacia Smith and Millie Leonard (left to right) both go after the ball during a game against Woodland Park on Tuesday, April 6, 2021. The Cougars stayed undefeated by defeating Woodland Park 3-1. 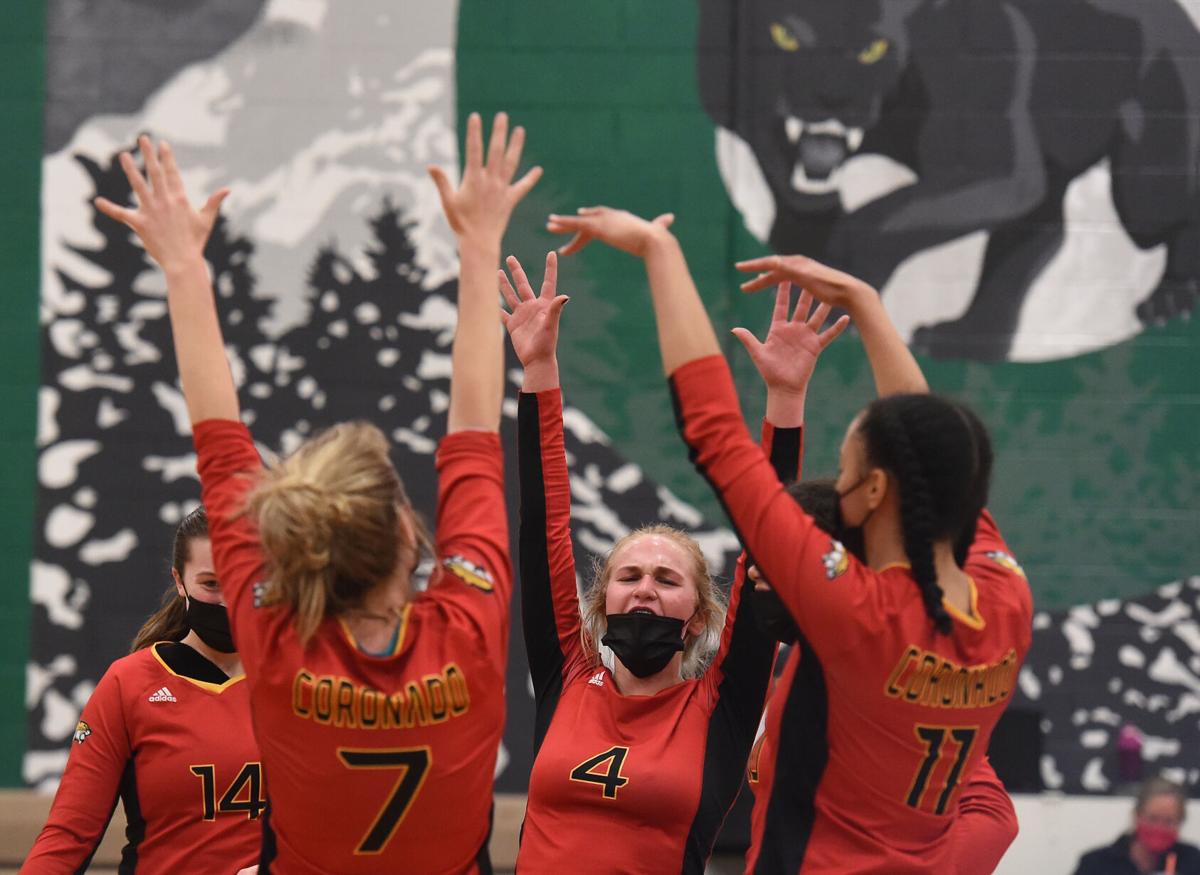 Coronado’s Stacia Smith and Millie Leonard (left to right) both go after the ball during a game against Woodland Park on Tuesday, April 6, 2021. The Cougars stayed undefeated by defeating Woodland Park 3-1.

WOODLAND PARK - Both undefeated and eager for their first big challenge of the year, Coronado and Woodland Park girls’ volleyball faced off Tuesday in a 5A/4A CSML South battle for the top spot in the league standings — and it didn’t disappoint.

“I would play them day, after day, after day,” said Coronado coach Don Lash. “We would both get better. ... You don’t know what you are going to be like when you face a really solid team, and this helps us immensely.”

Coronado entered the Woodland Park gym with a 4-0 record — all won in straight sets. While Woodland Park, 6-0 at the time, had lost just one set through the first half of the season.

Following a 25-18 win in the first set, however, Coronado suffered its first set loss, 25-23 to Woodland Park. The Panthers trailed by five points midway through, but a short run late in the set, and a set-point kill by Allie Tring sealed the set win.

Woodland Park’s stellar defense helped the Panthers claim the second set, and kept them on pace with Coronado through the final two frames — but also gave the Cougars a first taste of a truly tough defensive effort.

“At first (their defense) it was a little bit, not frustrating, but just new for the season because we are not used to it,” said senior Makayla Brown. “So we just had to figure it out. I think we really used our shots well and that kind of saved us.”

Brown had two set-winning kills and countless other momentum-driven plays as she radiated energy on the Coronado side of the court.

“She brings a ton of energy,” Lash said. “She is vocal, she is encouraging, she helps her teammates to be better. And she hits a hard ball, but she also tips and finds her spots — she just knows how to score.”