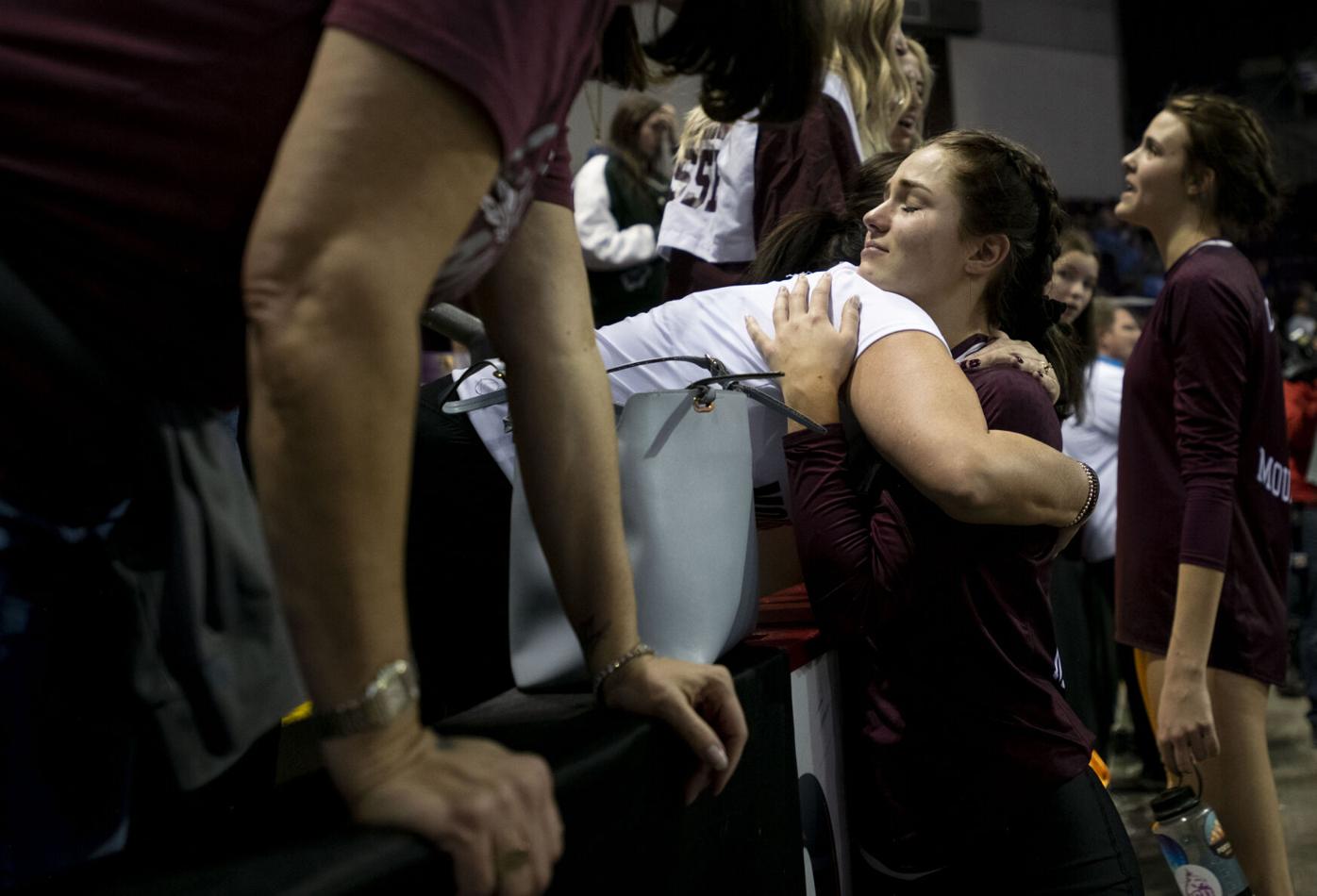 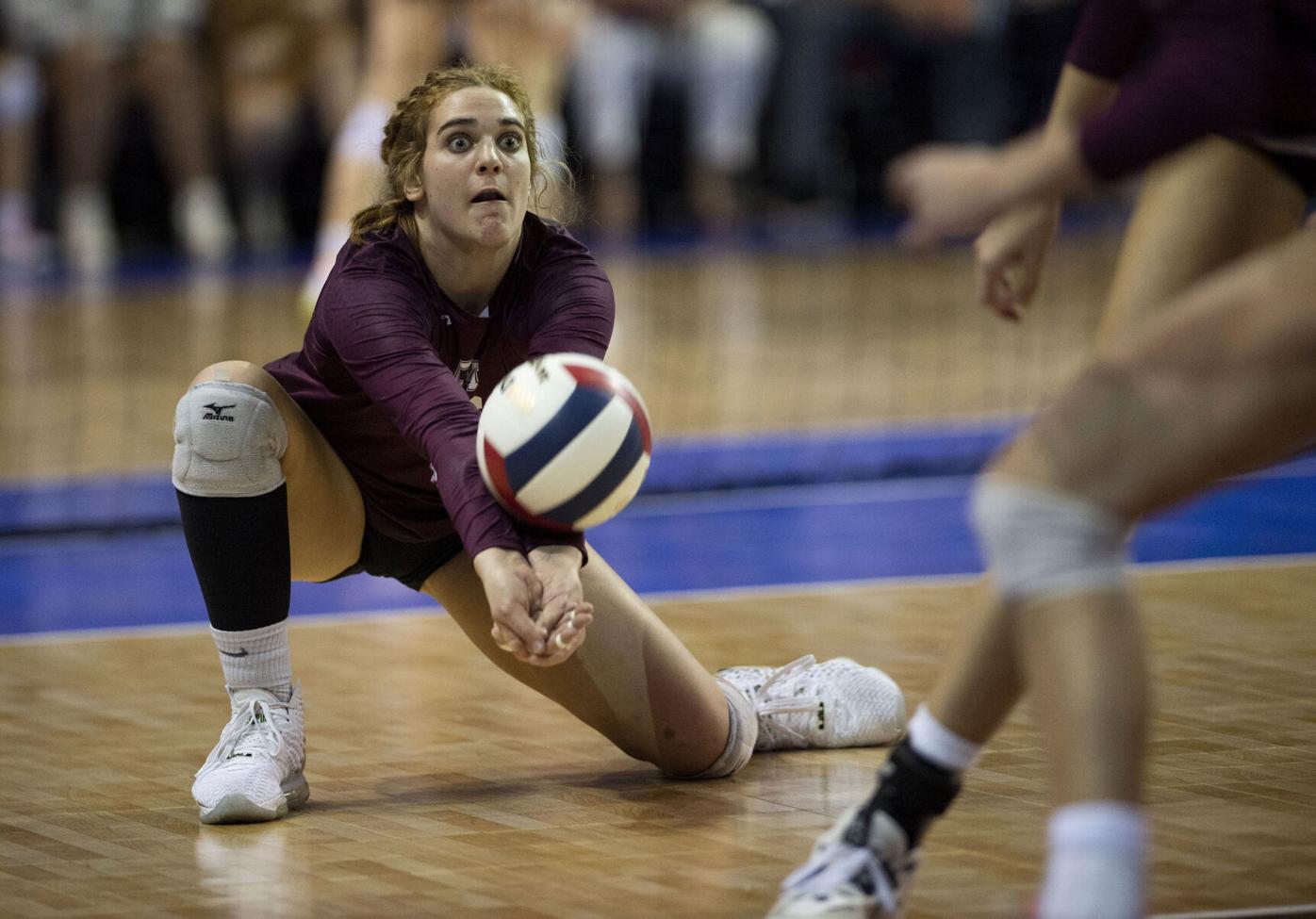 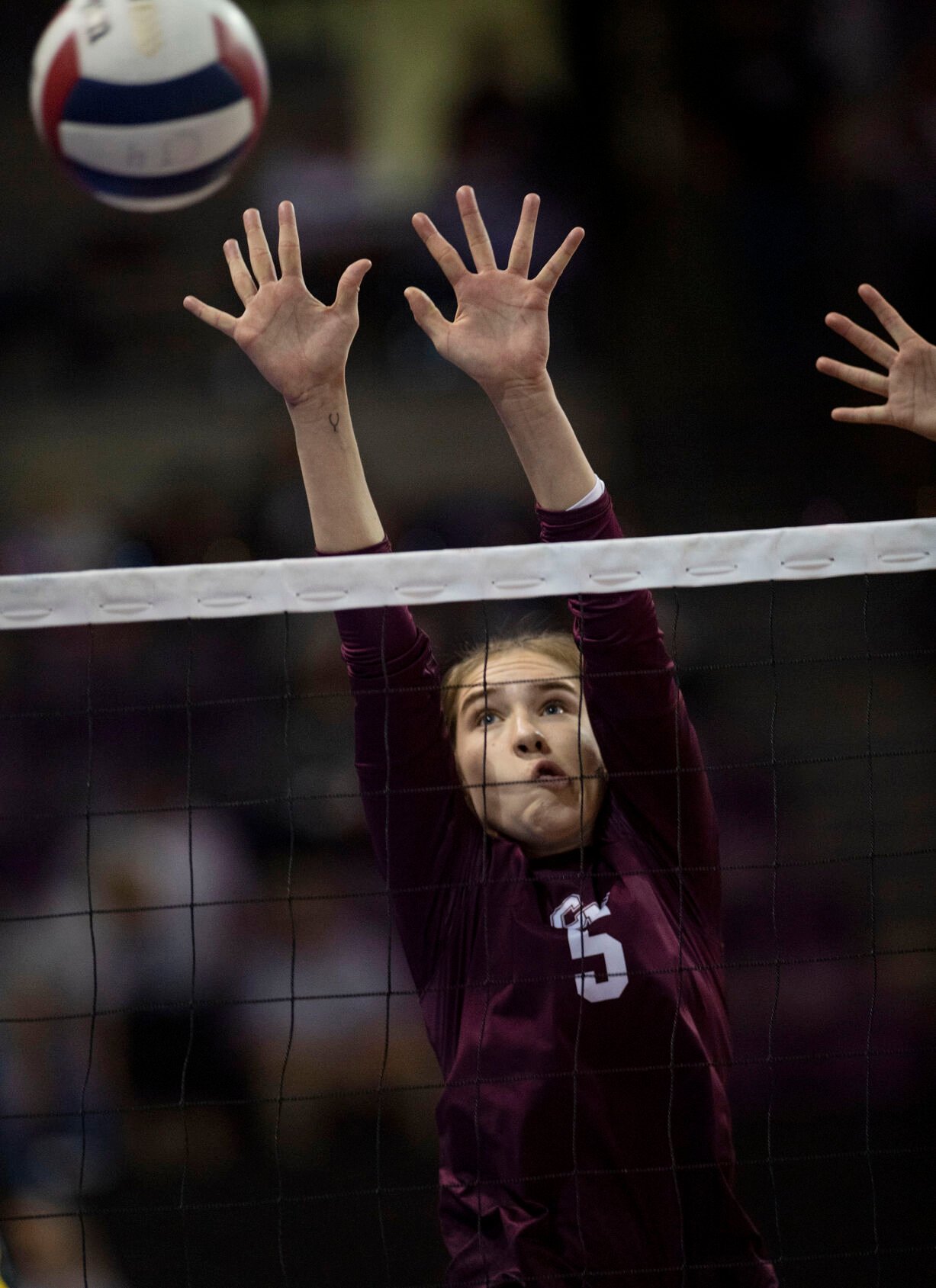 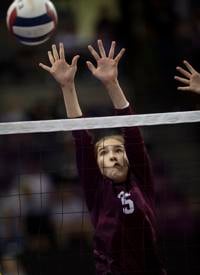 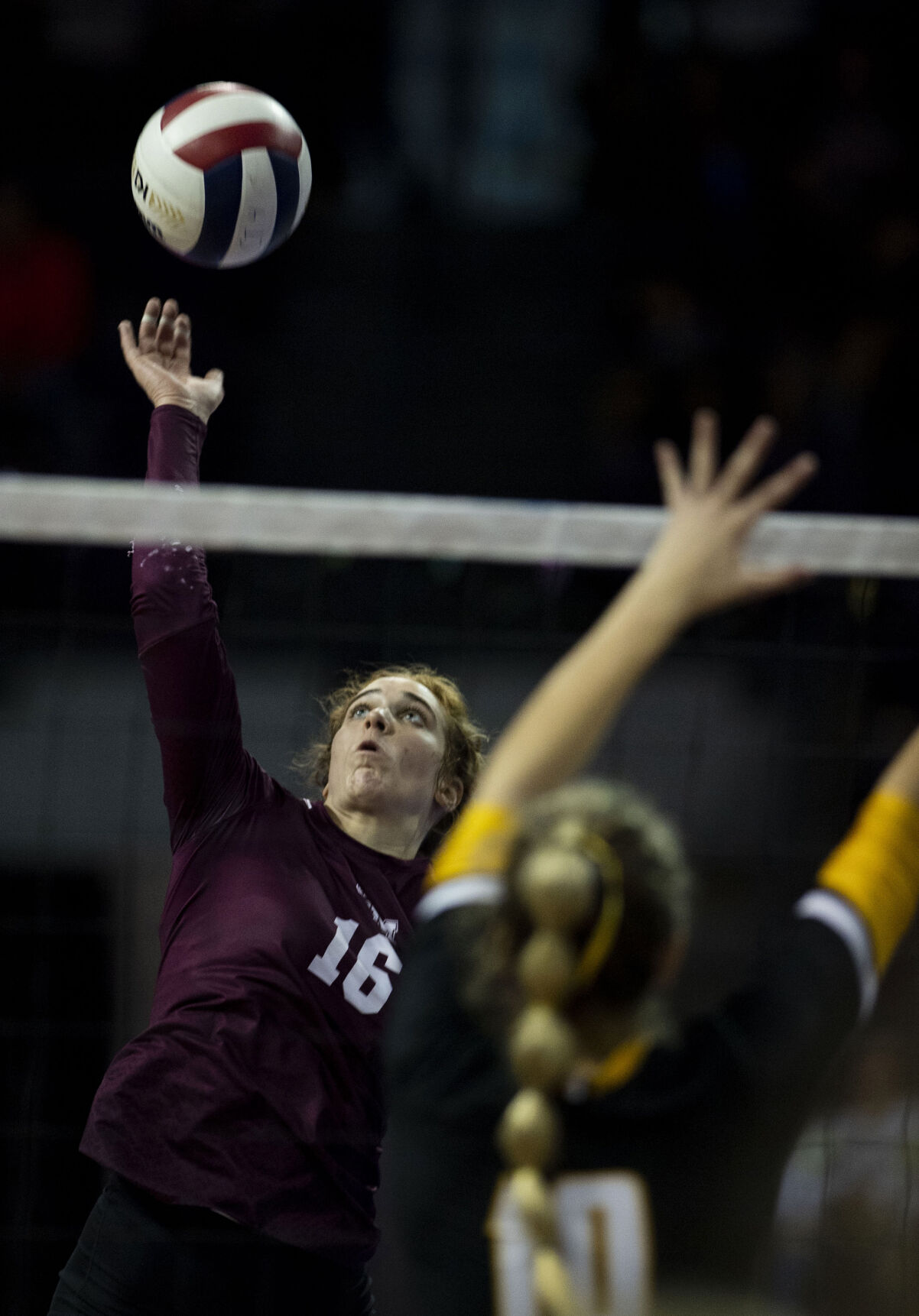 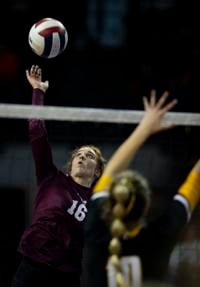 Cheyenne senior Karlee Pinell (16) spikes the ball over the net during 4A girls’ volleyball state championship match against Thompson Valley at the Broadmoor World Arena in Colorado Springs, Colo., on Saturday, Nov. 13, 2021. The Cheyenne Mountain Red-Tailed Hawks lost the championship match against Thompson Valley by 3-0. (Chancey Bush / The Gazette)

Cheyenne senior Karlee Pinell (16) spikes the ball over the net during 4A girls’ volleyball state championship match against Thompson Valley at the Broadmoor World Arena in Colorado Springs, Colo., on Saturday, Nov. 13, 2021. The Cheyenne Mountain Red-Tailed Hawks lost the championship match against Thompson Valley by 3-0. (Chancey Bush / The Gazette)

The many hours and tears shed at the Broadmoor World Arena spoke to a universal truth for the teams playing in the three-day state tournament: winning it all is hard.

Pressure is coming from myriad places. Parents, fellow students, scouts and a laundry list of factors all put anvils on the player's shoulders. The only relief comes when the weight moves into the form of a trophy.

Cheyenne Mountain was exposed once again to just how hard the trek is. No. 4 Thompson Valley topped the Red-Tailed Hawks, 3-0 (26-24, 25-21, 25-21) to capture the 4A state title and leave the local squad hanging for a second straight year.

"It's extremely hard to stay level-headed," senior Karlee Pinell said of the tournament. "It's hard to just be accountable and hold others accountable when that pressure is on you. Every one isn't getting mad, but they're under a lot of pressure and things can come off wrong."

Several times throughout the tournament, including the Hawks' 3-0 loss to No. 6 Niwot, players were battling with one another.

The words and actions never crossed the line, but the intensity of the moment often took over and left the team searching for answers. When they needed them, they leaned on each other.

Between sets and during timeouts, the players ran the huddles. Multiple voices spoke up and tried to find the elixir to a deficit.

"Our five seniors were so great," coach Ellen Senf said. "They're able to coach themselves and find things with one another. I'll remember them for a long time."

Those seniors put every ounce of effort into a five-set win over No. 1 Palmer Ridge to reach the final. Before its bout with the Eagles, Cheyenne Mountain had already played nine sets across two matches.

To its credit, so too did Thompson Valley — though the Eagles swept their first matchup of the day over Mead.

The Hawks held a 23-20 lead in the first set. They proceeded to start the second on a 4-0 run, despite falling short in the opening frame.

Defense just wasn't there for Cheyenne Mountain when it needed it most. Thompson Valley started the match sailing its attempts past the back line. Once it was corrected, the Eagles spotted holes.

Balls began to find spaces between defenders, and even right at defenders who were retreating after advancing up.

The corrections weren't quick enough, and with it, neither were the points.

Freshman Anna Blamires will be back, though. As will junior Nicole Martin. The five seniors departing set a culture.

The underclass players now have a log of what to do and what not to do.

Above all, they'll never forget how high the mountain is. Next time, they hope to plant a burgundy flag with white letters atop it — tears, cheers and all.

Madison Wilson wasn't going to go down without getting her chance to make an impact.

Palmer Ridge fell to Cheyenne Mountain, 3-2, in the semifinals Saturday, ending its title defense. In the fifth set, Wilson was fed every set she could handle, nailing down multiple kills but falling just short.

The senior class included Wilson, who will now head off to play for the University of Idaho. She led a class that fed off last year's graduating players and continued the momentum.

At times, coach Erica Bradley wishes she had both together for this tournament, instead of losing some of the verbal leadership that was so potent in last year's title run.

"It was a big learning experience, Cheyenne Mountain is a great team," Bradley said. "Last year's team, we had a handful of girls who had been there before. They didn't step onto the big stage with any fear.

"In a sport like this, any ounce of fear can haunt you."

The five sets marked the first time this year the Bears went past a fourth frame.

This year's team had the talent and desire. Under the blaring lights of the Broadmoor World Arena, the task was simply too tough. The returning group will benefit from this year, and that's what could help Bradley and company make another run.

Discovery Canyon was also victim to the Red-Tailed Hawks. It fell in the morning's opening match in four sets.

Palmer Ridge stands as the only unblemished team from the area left, but the finals are guaranteed to feature a Colorado Springs group.