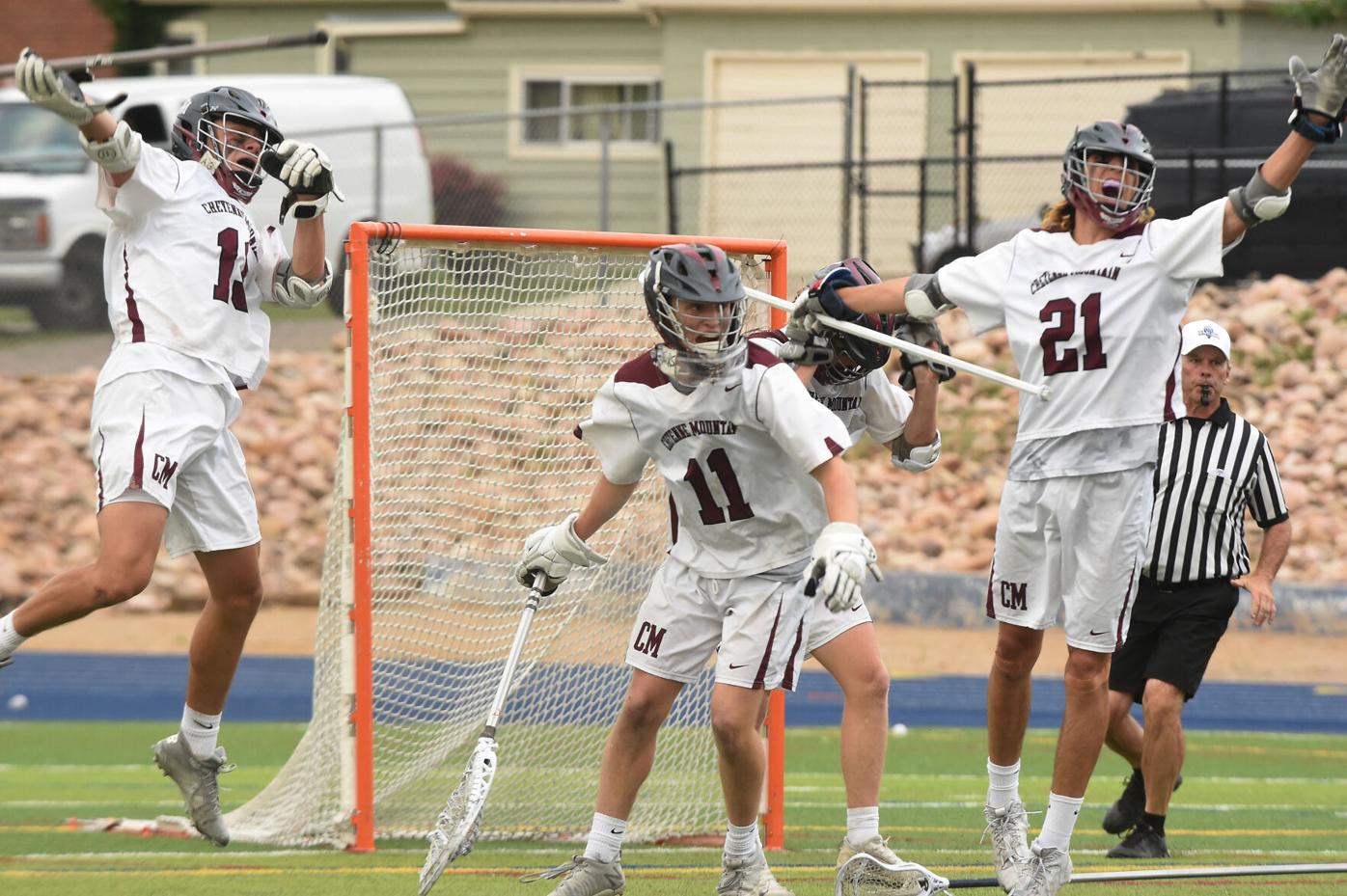 Cheyenne Mountain’s Jackson Duytschaever, Matthew Kelleher, and Carver Ward (left to right) celebrate at the end of the game against Evergreen for the 4A state boys’ lacrosse championship on Tuesday, June 22, 2021. (Photo by Jerilee Bennett, The Gazette 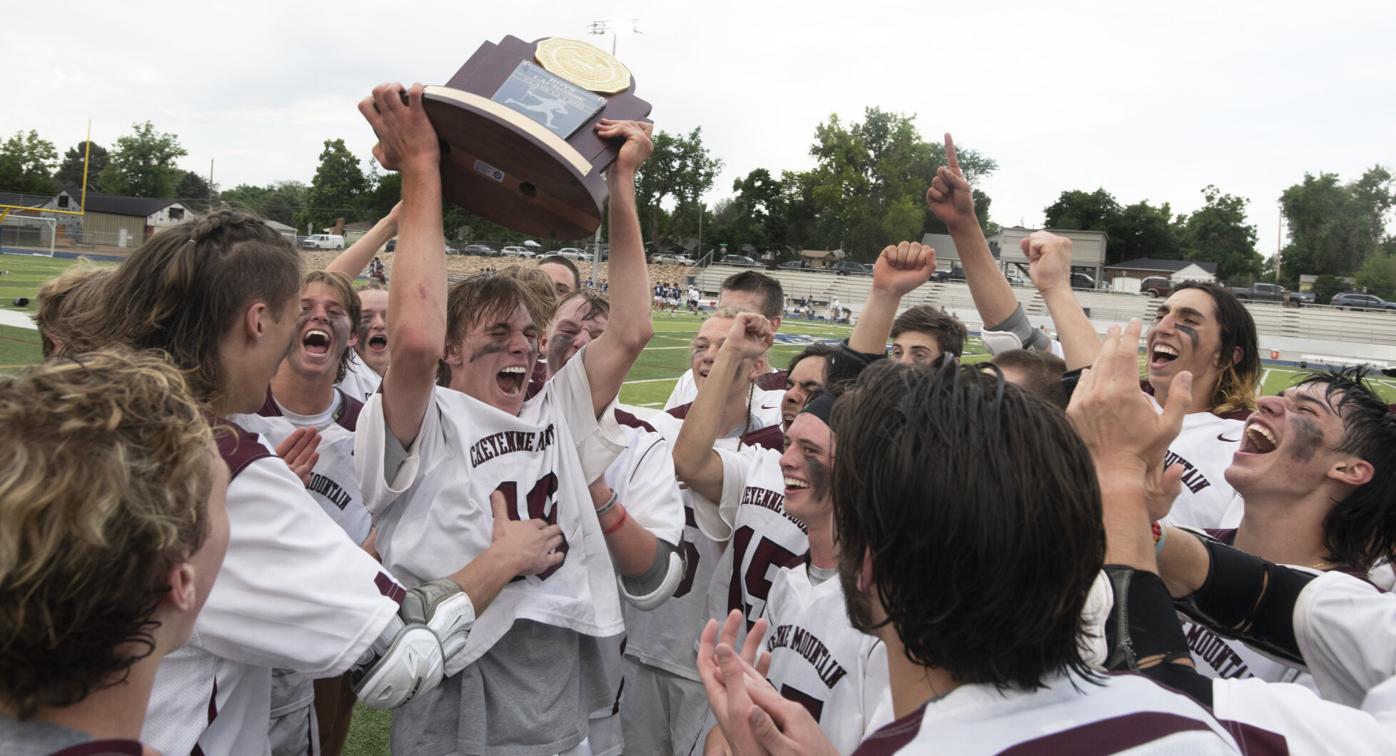 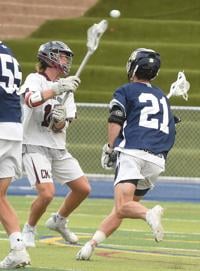 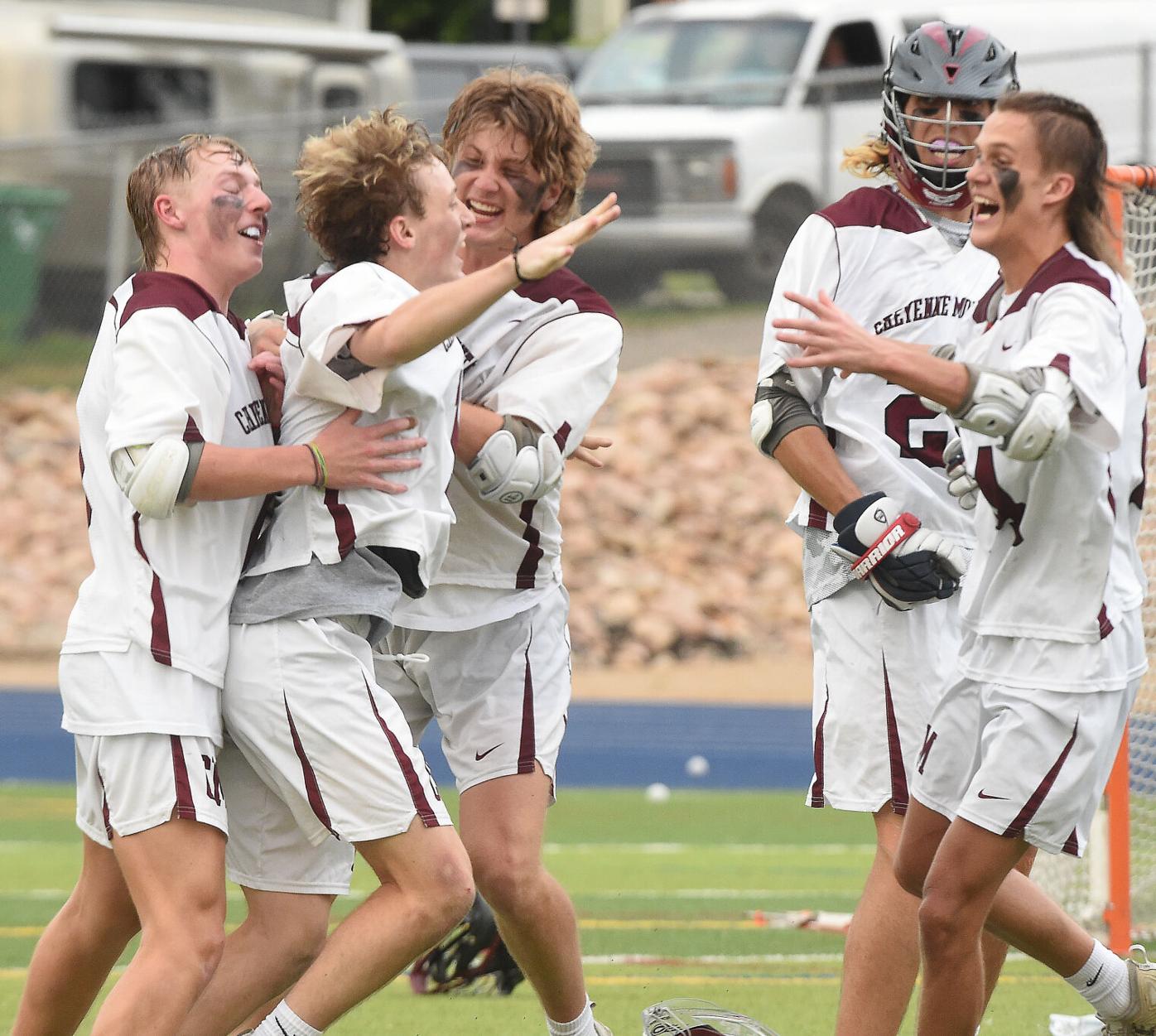 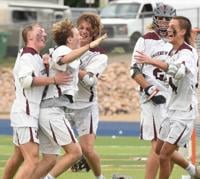 Members of the Cheyenne Mountain’s boys’ lacrosse team celebrate at the end of the game against Evergreen for the Class 4A championship on Tuesday, June 22, 2021, at Englewood High School. 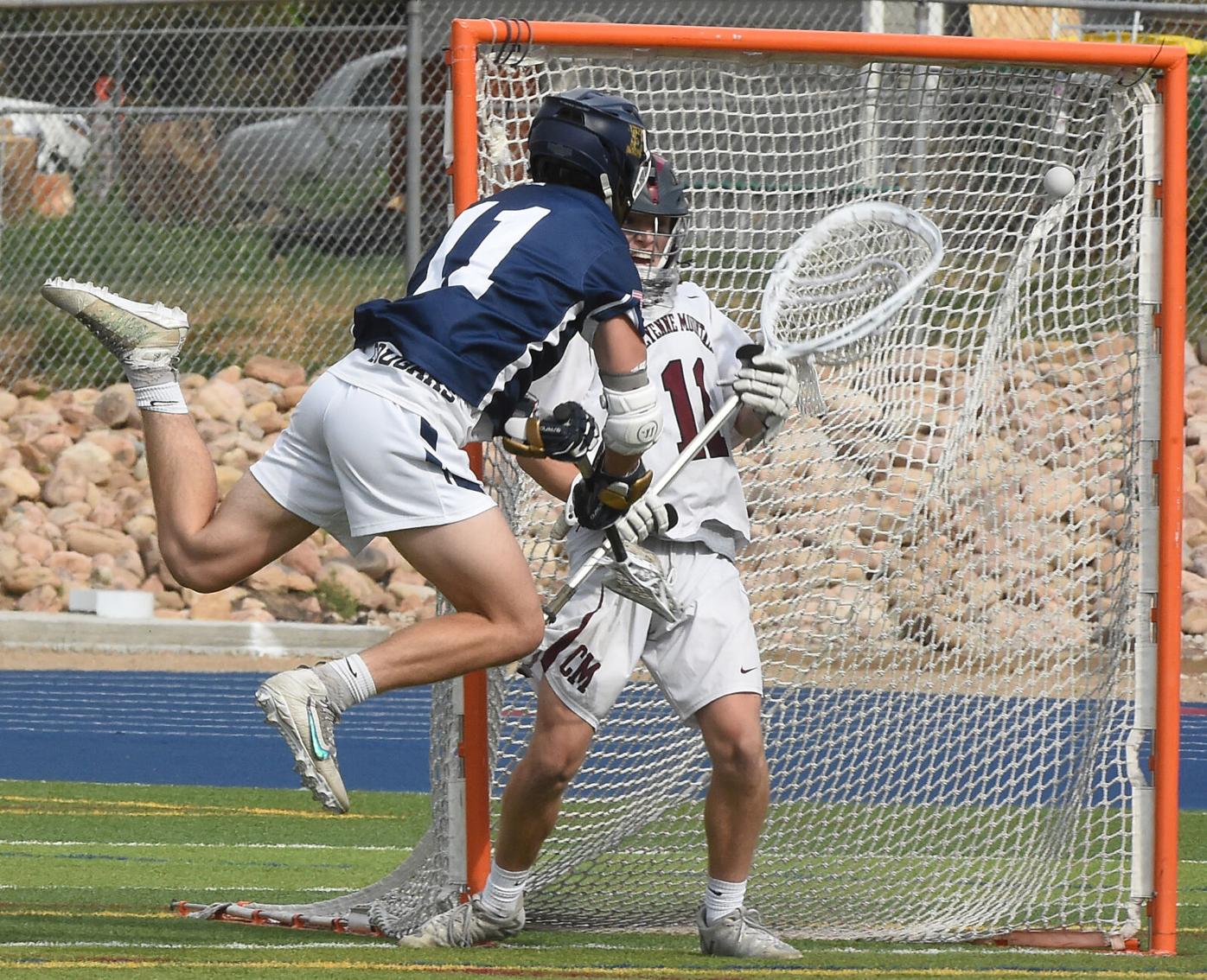 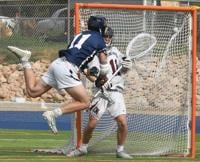 Cheyenne Mountain’s Jackson Duytschaever, Matthew Kelleher, and Carver Ward (left to right) celebrate at the end of the game against Evergreen for the 4A state boys’ lacrosse championship on Tuesday, June 22, 2021. (Photo by Jerilee Bennett, The Gazette

Members of the Cheyenne Mountain’s boys’ lacrosse team celebrate at the end of the game against Evergreen for the Class 4A championship on Tuesday, June 22, 2021, at Englewood High School.

ENGLEWOOD -- It has been a long 764 days that the Cheyenne Mountain’s boys’ lacrosse team had the bitter taste of an overtime defeat in the 2019 4A state championship in their mouths.

But Tuesday, they erased it with possibly the sweetest victory yet.

Top-seeded Cheyenne Mountain shocked No. 2 Evergreen in come-from-behind fashion to clinch the 4A state championship 5-4, scoring the game-winning goal with just 48 seconds left in regulation.

Cheyenne Mountain took a 2-0 lead early in the first quarter over Evergreen, but slowly saw its lead get erased by the physical Cougars. Evergreen scored three unanswered to take its first lead of the game midway through the third quarter and took a 4-2 lead early in the fourth.

With 3:35 left to play, Papa scored the game-tying goal – his second of the day, to spark Cheyenne Mountain’s momentum, and the stadium could feel something coming.

“From the start of the third quarter and into the fourth we just had nothing on our side, nothing was going, our shots weren’t falling,” senior defenseman Griffin Meyer said. “As soon as we got one shot to fall all the pieces to the puzzle started falling into place.”

Sophomore goalie Matty Kelleher made a big save inside two minutes before senior Zak Paige made a pass to Papa through traffic, who netted the game-winning goal.

“It’s crazy, you think about it in your back yard every time you shoot. It’s like, ‘Okay, game is on the line, you’re going to score,’ and it just happened to come to me,” Papa said. “I was just so happy (when I scored), I wasn’t even thinking, I was just finding all my boys and celebrating.”

“This is a crazy game and we had faced adversity before, and our guys have the tenacity and the will to overcome,” Paige said. “They knew that it could come down to the last minute, and they prevailed.”

Paige said Tuesday’s game was one of the lowest-scoring contests his team has had in years. Through the regular season, Cheyenne Mountain averaged 13 goals per game.

The heat, with temperatures around 91 degrees at game time, partnered with the intense physicality, Paige said he saw his team make some uncharacteristic errors, but they were prepared.

“That’s why we practice so hard,” Paige said.

Meyer concurred, adding that the last six months of practice, running each day was "not fun," but all worth it in the end.

“To get this feeling, it was worth it,” Meyer said. “It’s unbelievable and I wouldn’t trade it for anything in the world.”

Meyer is one of 12 seniors on the Cheyenne Mountain squad who finish their high school careers as two-time champions, 2019 runners up and have a 43-8 record in a maroon and white uniform.

Their last win was surely the sweetest.

“It was a team win, and we adapted and overcame. It was destiny for them,” Paige said. “I think it just goes to show, be patient, composed and magic happens sometimes.”

FREDERICK - With a season at risk, time winding down and a dialed-in goalkeeper, TCA coach Blake Galvin wouldn’t usually remove the player gua…