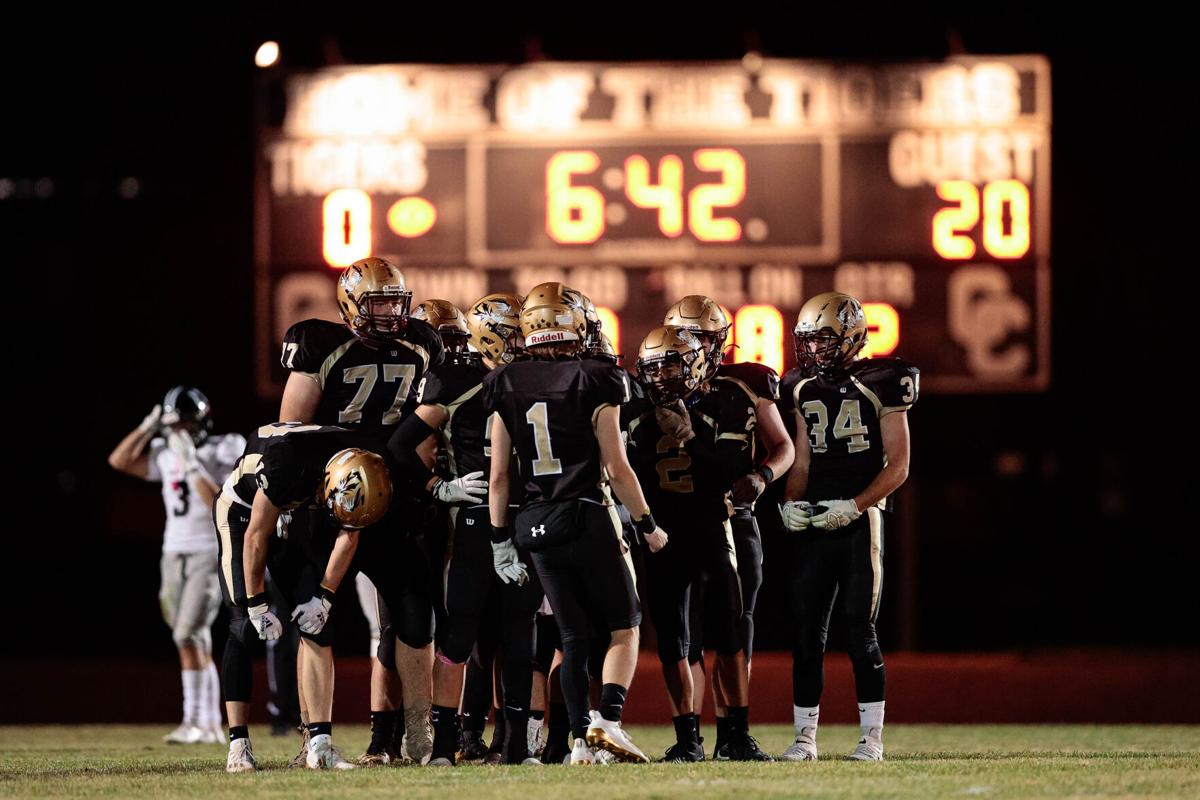 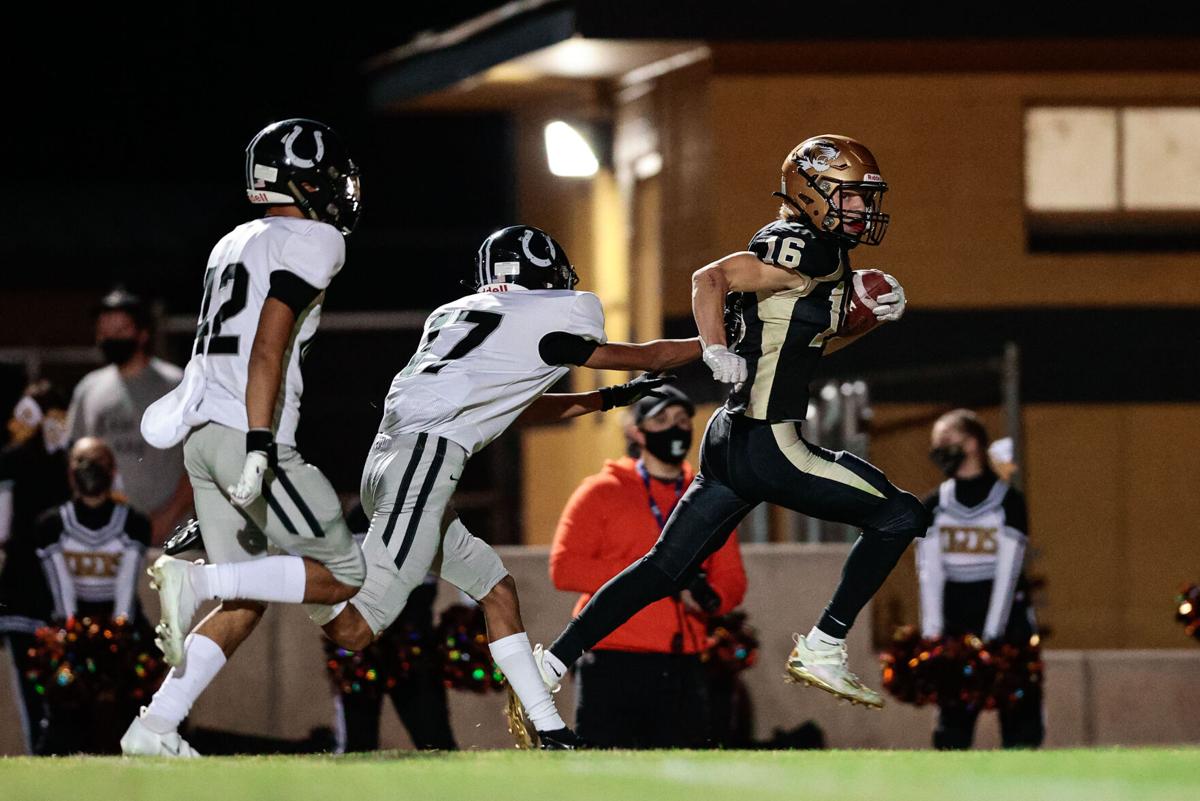 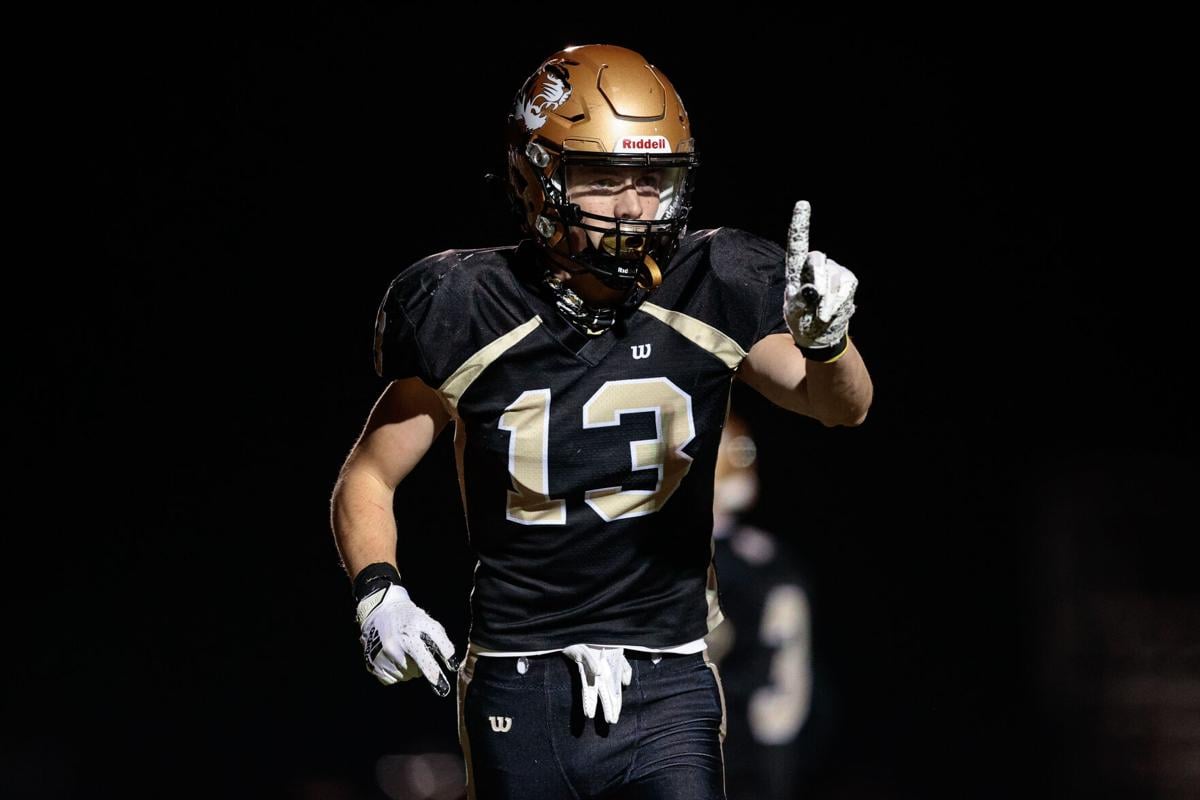 The Tigers knew their break was coming, because it had all season.

A vast improvement from a 3-7 season in 2019, Cañon City entered Friday’s final home game against Pueblo South undefeated and ready to go toe-to-toe with one of the best programs in Southern Colorado.

Unfortunately for the Tigers, their comeback fell just short as the Colts eked out a 26-21 victory.

“We don’t need to hang our heads for anybody,” Cañon City coach Tom O’Rourke said. “This was a good game, but they know how close we came and where we were giving ourselves a chance, and we just didn’t get it done and they’re feeling the frustration.”

But the Tigers stayed patient.

Cañon City finally broke through late in the first half thanks to a 13-yard touchdown catch by Seth Newton, and the home sideline breathed a sigh of relief.

“At that point we just kind of knew,” said senior Josh Rall. “It’s kind of our thing, we just click and we are ready to go.”

The 3-1 Tigers have come from behind before. They overcame deficits against Pueblo East and Centennial this season, and could feel the game swinging in that direction Friday, but ran out of time.

“Once we get hit, we bounce back and we hit back harder,” Newton said. “We had a chance to win it tonight and I think every single one of us out there believed we were going to.”

The biggest challenge was stopping Longoria, who had the Colts’ opening three touchdowns and muscled his way down the field touch after touch. Halftime defensive adjustments to slow down Longoria, and a few stellar playcalls put Cañon City in position to challenge in the second half.

“We know if we keep our composure and respond and not react to things, and I thought we did that well tonight,” O’Rourke said.

A play written to perfection, senior quarterback Lucas Walcott found Rall downfield after the receiver beat both of his defenders for a 43-yard touchdown. The duo later connected again for a 65-yard score in the fourth quarter to cut the deficit to five.

But time was running out, and despite a solid defensive effort by Cañon City, Pueblo South continued to convert on third down led by Longoria and quarterback Jace Bellah.

“We battled and that’s all you can ask for,” Newton said. “I’m so proud of these guys and we will be back.”

Newton said his team worked harder than they ever have in the offseason ready to prepare for 2020, despite not knowing if a season would happen. He attributes their work, and most importantly, their brotherhood to the Tigers' improvement.

“We knew that, no matter how many games we had, we were going to be better,” Newton said. “There’s just so much energy at practice every day, and a brotherhood that we haven’t felt here in four years and it’s an amazing thing to be a part of.”

Highlights from the state high school football 4A championship game between the Palmer Ridge Bears and the Loveland Indians. (Video by Katie Klann)

GAME OF THE WEEK | Fountain-Fort Carson vs. Rampart

GAME OF THE WEEK | Fountain-Fort Carson vs. Rampart