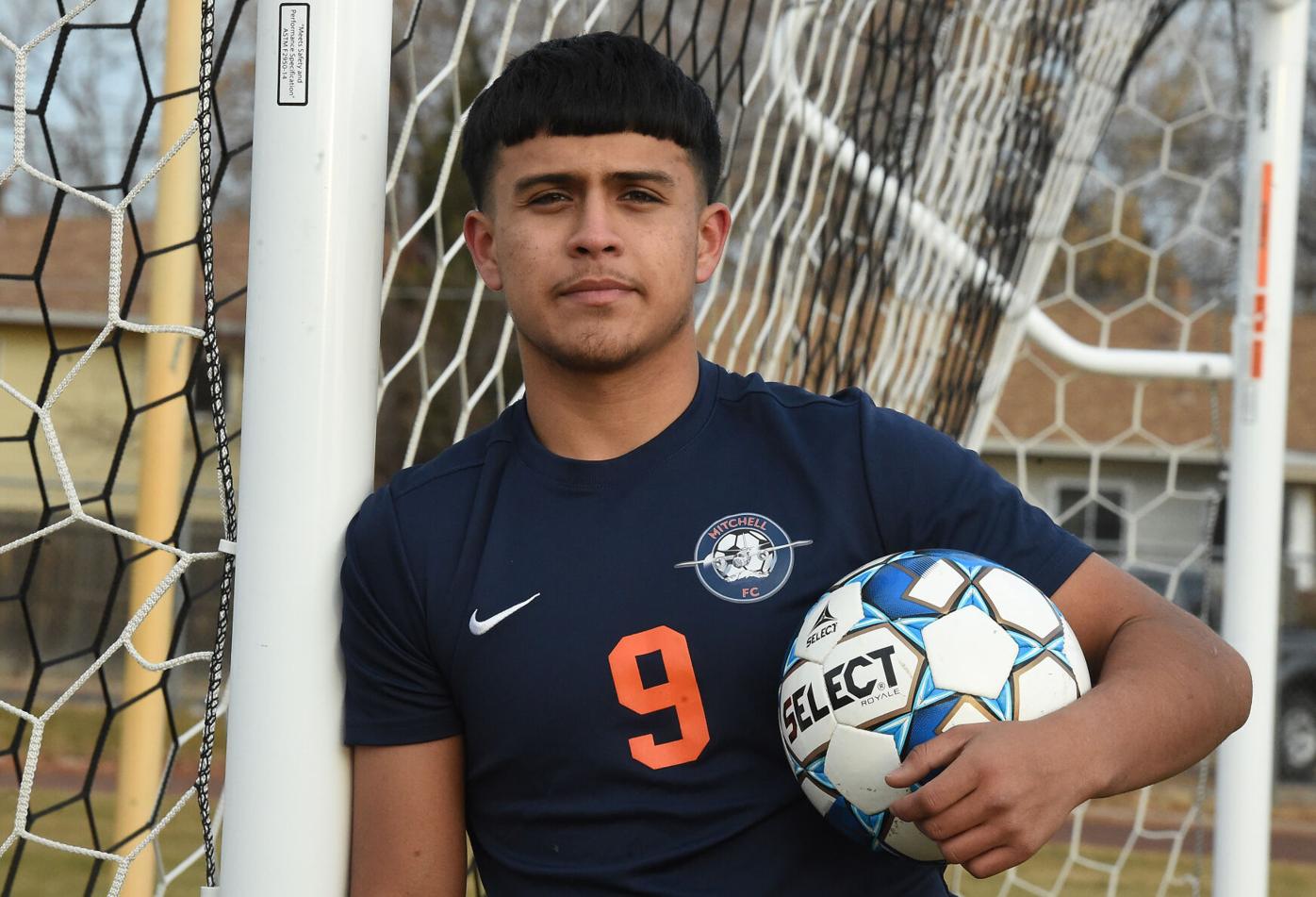 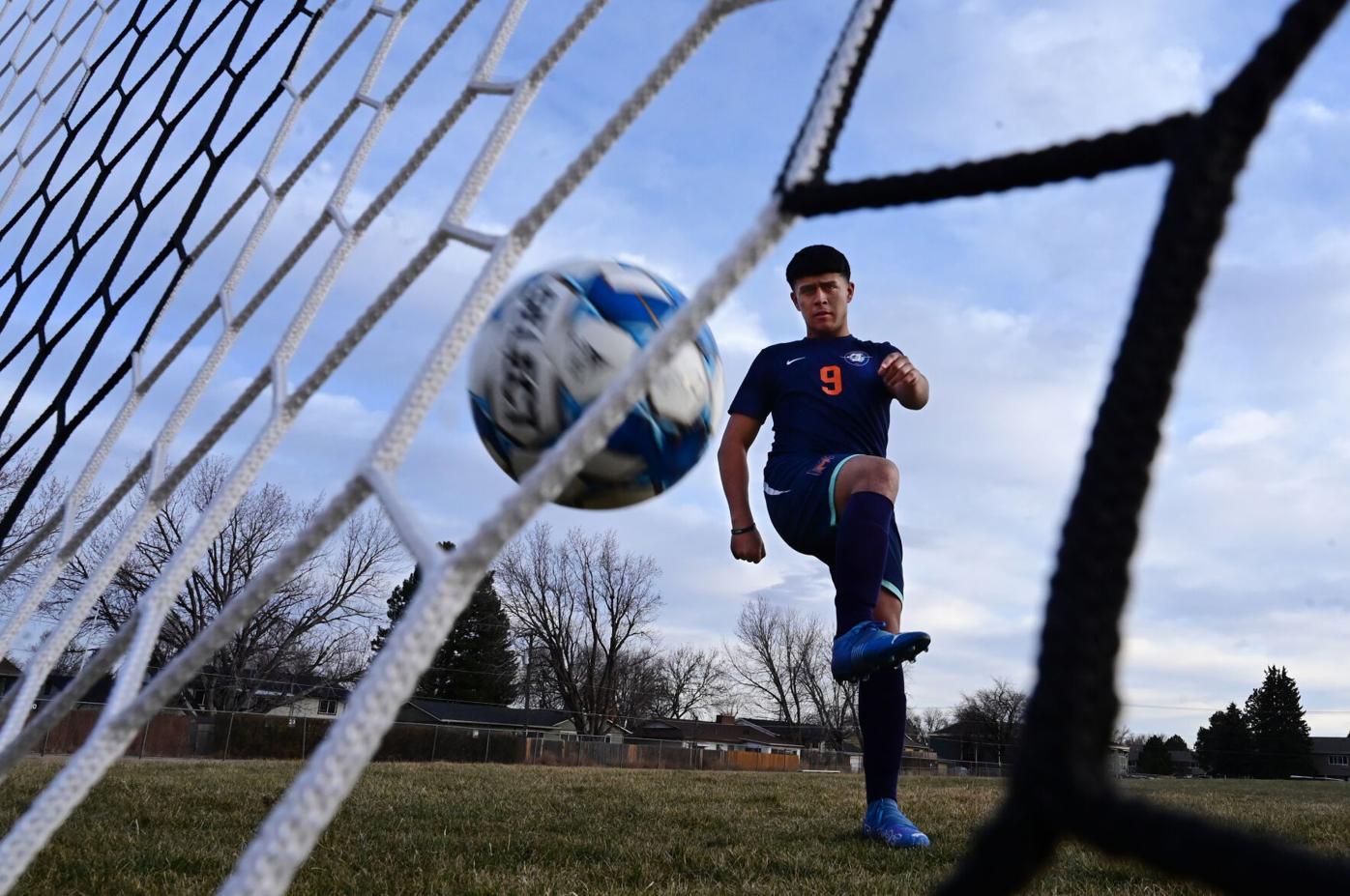 Ismael Flores Perez of Mitchell High School was named the soccer Peak Performer of the Year on Monday.

Ismael Flores Perez of Mitchell High School was named the soccer Peak Performer of the Year on Monday.

It was only right that Ismael Flores Perez finish his high school soccer career at Mitchell High School, but that almost wasn’t an option.

After scoring a combined 16 goals for the Marauders in his freshman and sophomore seasons, his school failed to field a varsity soccer team his junior season. That allowed him to play at Coronado while remaining a student at Mitchell, although he missed the first three games of the season. He still finished with a tie for the team lead with 10 goals and topped the Cougars with six assists in an 11-game season that ended with a trip to the Class 4A playoffs. Just days before his senior year was set to begin, Flores Perez was forced to make a decision — build on a strong first season with Coronado or stick with his home school.

“At first, it was like I really wanted to stay there, if I’m being honest, because I had no idea what was going on here, you know,” he said. “I had no idea about coach Palmer or the players. It was so out of order. I had no communication until, I’d say, about two weeks until school started.”

Adam Palmer, one of many new head coaches within the Mitchell athletic department this year, didn’t have the most promising start. He set up summer training sessions that started with two players — one boy and one girl. After about 10 days of training, Flores Perez and friend Emmanuel Soto, eventual co-captains, showed up at training with an inquiry.

“Their was question was ‘Are we going to have a team?’” Palmer recalled.

“I said, ‘I am the wrong person to bring in here if you wanted to go somewhere else and not have a team at Mitchell.’”

If the Marauders were going to field a team, Flores Perez wanted to be a part of it. The school was where he developed some of his skill, while he refined his ability and understanding of the game with a variety of clubs, most recently with the B-Elite Academy.

“I grew up here at Mitchell playing every day,” Flores Perez said. “It would be right after my elementary, I would come right in front of the apartments and we would go play soccer at Mitchell. Then in middle school, same thing.”

The years of development paired with Palmer’s preferred style of play produced incredible results. Flores Perez scored 40 goals and set up 16 others — both believed to be school records — in a 14 game season, leading the Marauders to a 10-4 season and second-place finish in the Class 4A Colorado Springs Metro League, and earning Gazette Preps Boys’ Soccer Peak Performer of the Year.

“He demanded small passes, beautiful soccer that we all love to see. I feel, with him, he was able to instill confidence in our teammates,” Flores Perez said of Palmer.

“That’s not to throw shade at my old coaches. It’s just different styles, you know. That style worked perfect for me, and I feel like that’s part of the reason why I had great success.”

Between Palmer and his assistant encouraging players to come out for soccer at a back-to-school night and some help from Flores Perez, the Marauders ended up with 37 boys in the program at one point.

They still had a long way to go. Palmer remembers falling behind by a few goals before Flores Perez encouraged the team not to give in. Then, he showed Palmer the degree of his ability on a set piece.

One of Flores Perez’s favorite memories came a couple of games later against Palmer. As the Marauaders’ striker remembers it, Mitchell fell behind 3-0 before he scored five straight goals. His sixth goal of the day came in overtime and secured a win. The final goal came off a long throw-in from Soto. Flores Perez, feeling comfortable in front of goal after a career day, spun off his defender and struck a bouncing ball first-time past the keeper.

“I just felt a sense of pride that I was able to push to my limits and surpass them to a sense,” he said.

He went on to score four goals with at least one assist in wins over Sand Creek and Widefield before closing his prep career with a five-goal, four-assist performance in a 10-1 win over Falcon.

The Marauders missed the playoffs by two spots. Mitchell was the only 10-win team not to make the field, Palmer said, likely because of a strength of schedule he did not have the ability to bolster.

“That one’s a tough pill to swallow,” Palmer said.

Flores Perez hopes his future will make a disappointing end to one of his school’s best soccer seasons easier to take. As a 4.0 student, college is certainly an option for Flores Perez, but Colorado’s second-leading scorer also wants to see if he can earn a professional contract. Wherever the future takes him, Mitchell’s prolific striker can feel good not only about his record-setting season but the also the school he chose to represent.

“This is home, you know? I grew up here in front of this place for all my life,” Flores Perez said. “I couldn’t see myself doing anything besides this.”

From a slump to state runner up, how Peak Performer Wesley Erling turned his season around

Wesley Erling was in a slump when the high school golf season started.