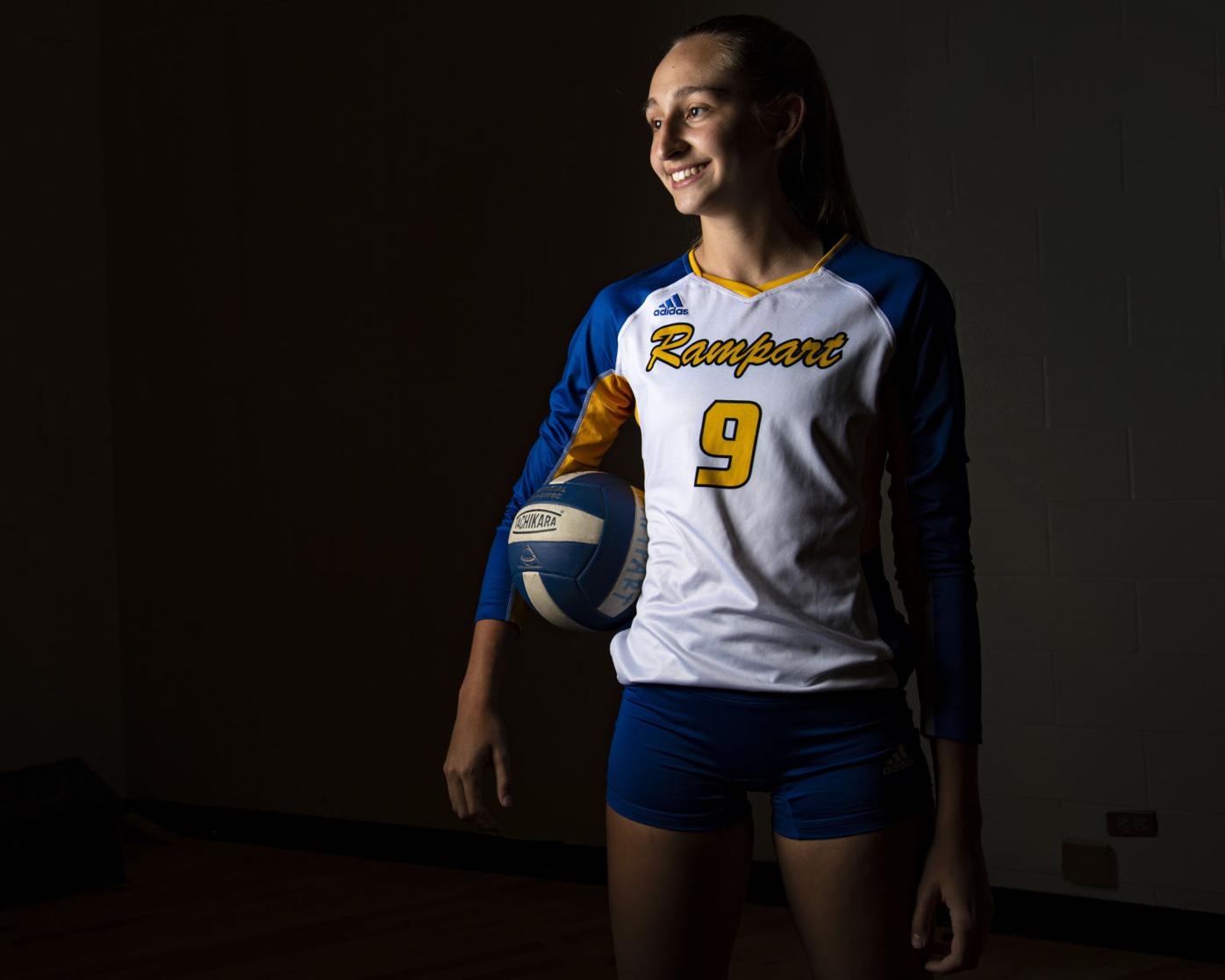 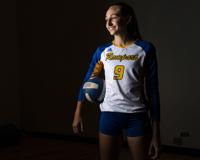 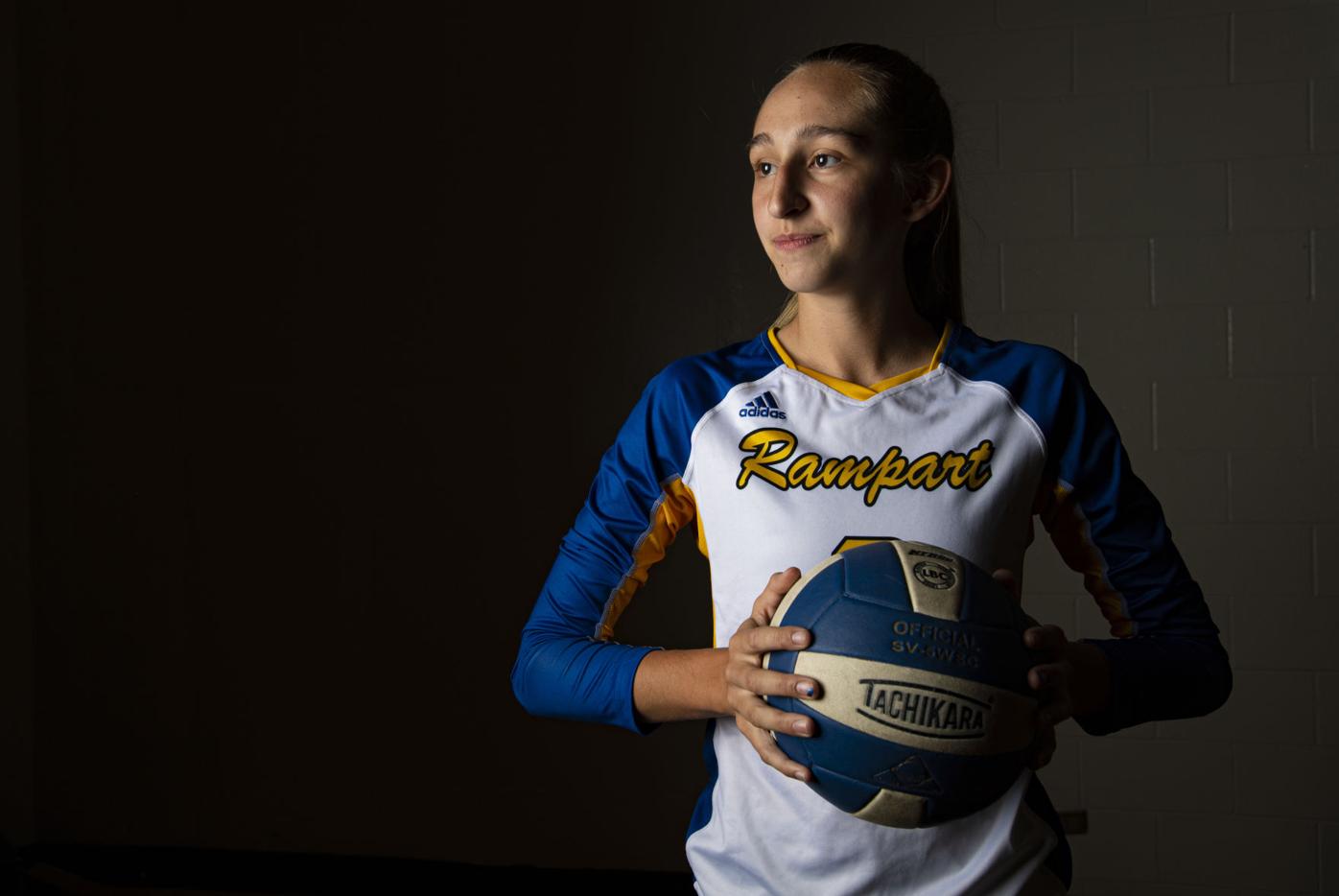 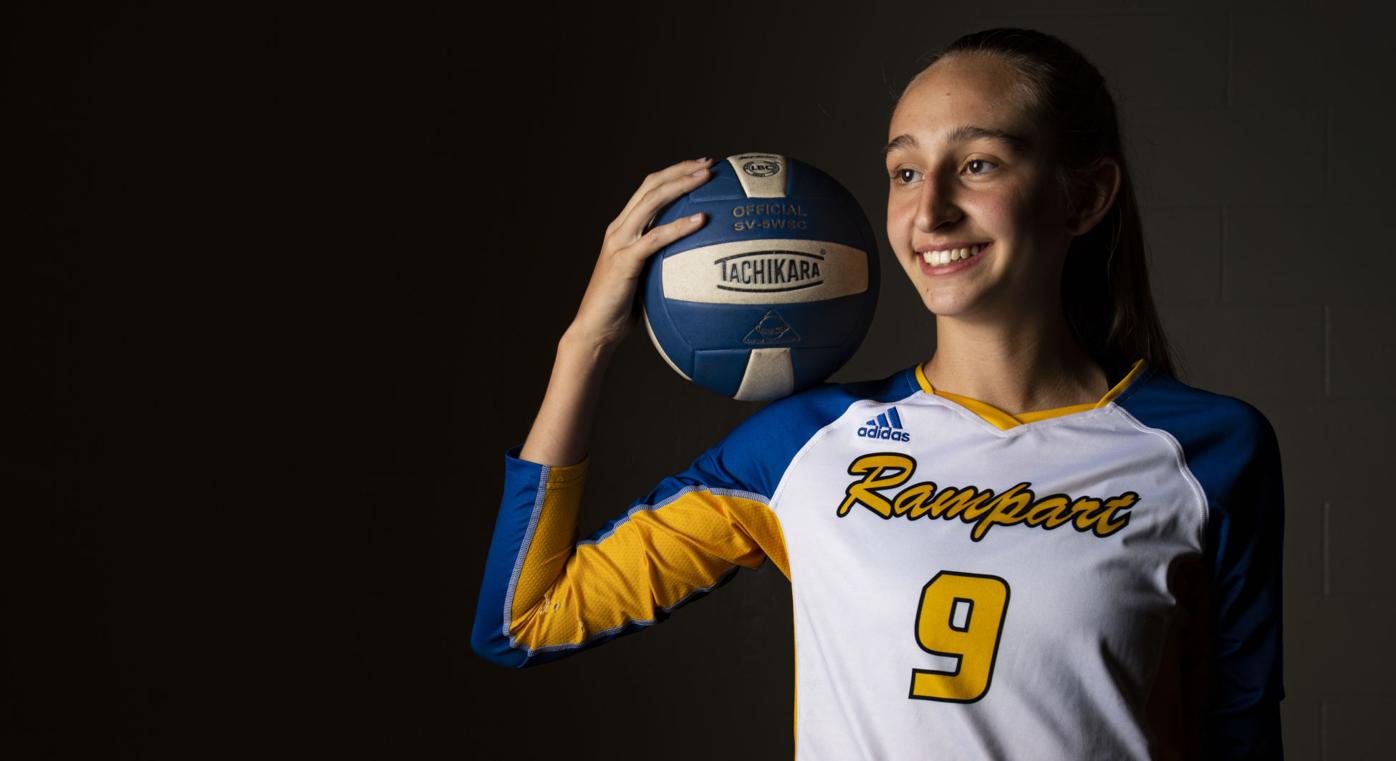 Rampart outside hitter Anjelina Starck was the Gazette’s Peak Performer in mid-September 2019.

Rampart outside hitter Anjelina Starck was the Gazette’s Peak Performer in mid-September 2019.

It's not difficult to see why Anjelina Starck has ruled volleyball courts across the Pikes Peak region. Her 6-foot-2 frame is a hard-to-ignore fact for the Rampart junior.

But she's not just tall.

She's athletic and skillful at her position. At 14, she touched a 10-foot rim — a feat captured on video and posted online by her club team. And now 16, she's committed to play at Penn State, a national powerhouse in women's volleyball.

This past week, Starck showed once again she's a force.

Her efforts landed her this week's Gazette Preps Peak Performer of the Week honor.

And just to think, Starck wasn't even living in Colorado a year ago. She was making a name for herself as a setter at Bishop Gorman in Nevada, leading her team to a Class 4A state title.

She was listed as the No. 4 high school recruit by Volleyball Monthly.

Then, Starck and her family moved to Colorado Springs. Her dad, Doug, got a job here in aerospace engineering. It was a tough move for the oldest of two daughters, considering that she grew up with and playing alongside her Bishop Gorman teammates since childhood.

"I was nervous at first," she said, "because I went to school with the same kids since I was 3 years old. But I was excited because I knew that since I'm going to Penn State, I'd have to learn to meet new people and it was different."

What was her first impression of the Rampart program?

"Everybody was so nice and welcoming, so that helped a lot," she said.

Rampart is enjoying all the advantages that come along with a player of Starck's caliber. She transitioned from setter to outside hitter, a move that has opened the game for everyone else. That includes the likes of fellow junior outside hitter Riley Simpson, who's having a standout season with 69 kills entering this week.

"We're lucky to have her," Rams coach Nikki Bloemen said.

Rampart is 5-0 entering this week. That feat last happened in 2014, when the Rams advanced to the Class 5A semifinals.

The senior rushed 19 times for 134 yards and two touchdowns in the Lions' 32-14 win over Peyton on Friday. Brones' performance helped CSCS (1-1) bounce back from a 21-6 loss to Holyoke in the season opener.

The senior threw two touchdowns and added a rushing TD to help lift the Bears to a dominant 41-0 win over Pueblo East on Friday. It was a rematch of last season's Class 3A state title game, which Palmer Ridge won. Robinson also had 216 total yards.

The senior recorded five goals and one assist in wins over Widefield and Vista Ridge last week. In the latter game, Drummond finished with a hat trick. Teammates Cameron Wheeler and Tyler Lockhart also had three goals apiece against Widefield.

The junior had one goal to go with three assists in a 4-3 overtime thriller over Ponderosa on Saturday to help the Thunder stay unbeaten at 4-0. Van Keulen has collected nine assists this season, putting him atop the state in the category.

The junior had four home runs and nine RBIs to lead the Trojans to a 3-1 record last week. Bass has a team-best six homers.

The senior went 4-0 to help lead the Grizzlies, who boast a seven-game winning streak entering this week. Bunnell collected 22 strikeouts and allowed just six runs during the stretch; she also had seven RBIs.

The senior duo were productive at the net and carried the Panthers (4-0) to two straight wins last week. They combined for 22 kills against Falcon, followed by 31 kills against Pueblo East.