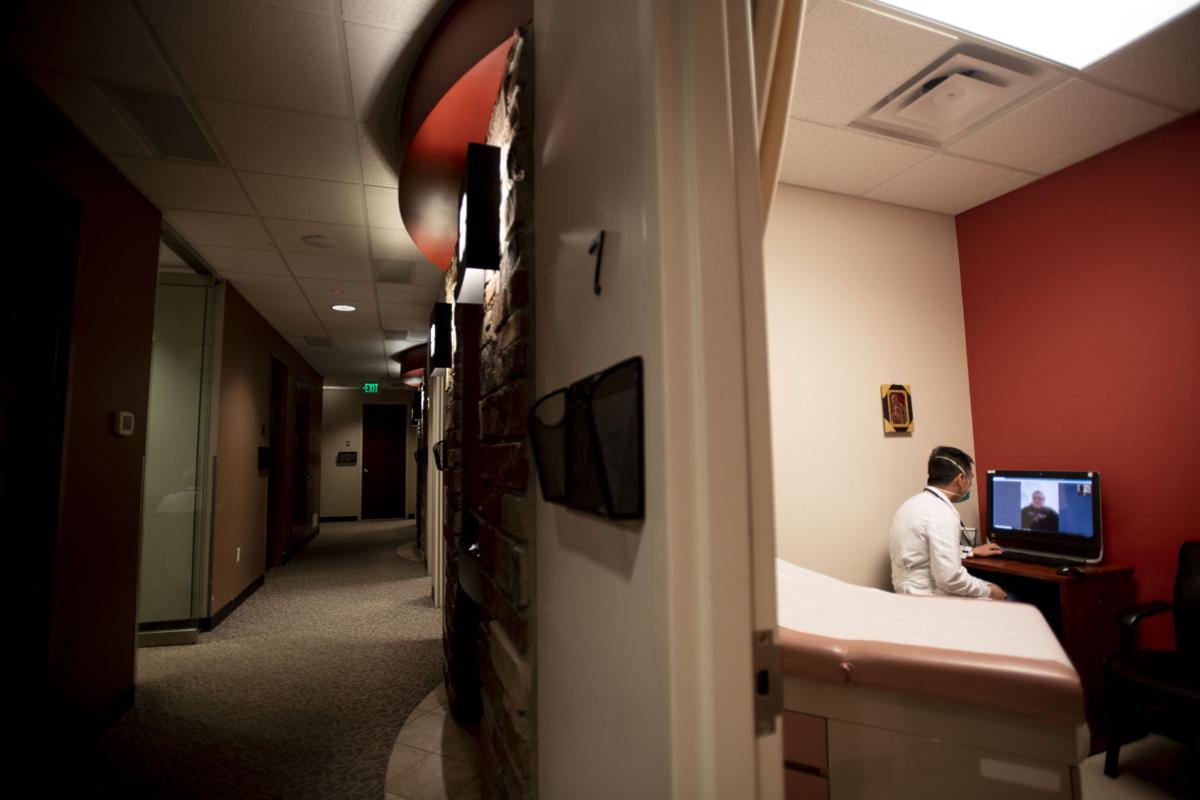 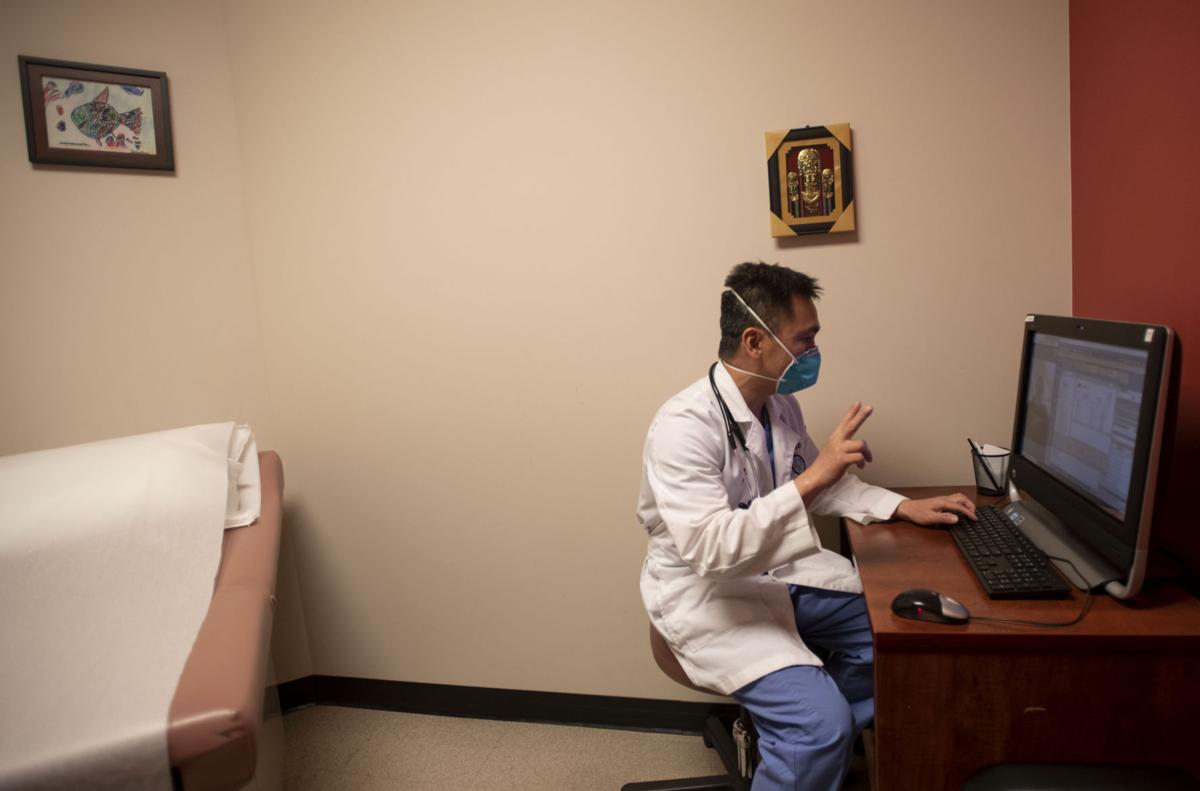 The doctor will see you now — just not in person.

Seeking a safe way to salvage what’s left of their plummeting revenues, physicians, specialists and even physical therapists have turned to telemedicine in unprecedented fashion in the past couple months to treat patients during the opening throes of the coronavirus pandemic.

Half of some providers’ patient visits — and sometimes much more — now take place by telephone or video from doctors’ homes and empty exam rooms, according to interviews with several local physicians practices. In the process, they’ve made ordinary a tool that — despite its immense hype — never quite managed to catch on in the Pikes Peak region before the pandemic.

Now, as Colorado emerges from the governor’s stay-at-home order, questions remain over whether this seismic shift is here to stay.

A flurry of emergency orders that loosened regulations on telehealth visits will either expire in June, July or whenever the governor’s emergency declaration ends. As a result, it remains unclear whether insurers will continue paying for those services when the pandemic eases.

Consumer advocates also fear some people might get left behind in the digital shift. They include families living in rural parts of the state without broadband access, and low-income families who don't have the technology needed for such visits.

“Telehealth is a good solution — I don’t think it can be the only solution by any stretch,” said Adam Fox, spokesman for the Colorado Consumer Health Initiative.

There also are several questions yet to be answered, such as whether more widespread use of telemedicine in Colorado is more or less cost-effective than in-patient visits, said Jeff Bontrager, director of research and evaluation for the Colorado Health Institute. Also, how much of an administrative burden will telemedicine prove to be? And how big of a risk are patients taking by using new, less-secure methods of communication?

“One thing is for certain: I think patients and providers are getting more used to it now,” said Bontrager, who authored a paper on the issue that is scheduled for release this week.

Several providers see telemedicine as a lifeline for clawing back revenues lost to the pandemic, while also providing care from a safe distance.

Currently, more than 80% of Kaiser Permanente’s scheduled patient visits statewide take place by phone or video, according to Nick Roper, a Kaiser spokesman.

About half of all appointments at Optum Colorado Springs take place virtually, the vast majority of them by video, said Carol Pittman, the provider’s chief medical officer in Colorado Springs.

And several specialists, such as dermatologists and urologists, also reported pivoting to telemedicine as in-person patient visits dropped 50% to 80% in April.

It comes as some patients say they are fearful about risking infection by visiting their doctor.

Others were told to stay home in late March and April due to state-imposed limitations on elective surgeries and medical procedures, which recently ended. As a result, many doctors' practices have been hit hard financially, leading some to lay off workers or issue furloughs.

At Matthews-Vu Medical Group, about 50% of patient visits in April and early May were done by phone or video, up from zero just a couple months ago. They included calls for checkups, medication changes and to share test results.

During one such appointment, Dr. Richard Vu never knocked on his exam room door.

With a stethoscope still around his neck and a mask on his face, he ambled into an empty exam room and stared at a computer screen, not a patient. Moments later, the image of a young man — no older than a recent high school graduate — appeared, staring back at him.

“Thank for dealing with me on this telehealth,” Vu said.

Within minutes, Vu shared the good news: The man’s test results for COVID-19, the disease caused by the novel coronavirus, were negative.

“Now you don’t have it anymore,” Vu said.

The visit was just like countless others in recent weeks and a sign of an enduring change in health care, Vu said after hanging up.

“I really think that it’ll stick,” Vu said. “There’s a level of convenience in telehealth that patients really see the value in.”

Not all doctors are sold on the technology.

But virtual visits have their limits, she said.

She once caught thyroid cancer on a patient who didn’t complain of any problems during a previous in-patient visit. Another time, she caught ovarian cancer during a pelvic exam when the patient felt fine.

Then there was the mole she noticed on a patient’s thigh that turned out to be melanoma.

“I would much rather be in an office and actually see the patient and touch the patient,” Lowe said. “Most physicians like people, and I think human touch and the exam is an important part of the visit.

“So I think it’s impersonal to do video visits. I don’t like it as much. And I think things will get missed.”

Whether the trend continues will depend on whether emergency regulations on such visits change in the coming months, and whether insurers will continue paying for those services as they do for office visits whenever the pandemic eases, health policy experts say.

State law requires that insurance payments be the same for virtual and in-person visits.

Many of the newly-relaxed orders centered around patient privacy protections. As a result, providers can now hold appointments over less secure programs such as Skype or Facebook messenger.

“The great thing is the technology’s there, everyone’s been trained, we can do it,” said Pittman, Optum’s medical chief. “And honestly, it’s just going to depend upon the payers and government — how are they going to reimburse?”

The loosened regulations also allowed nonprofit safety net clinics, such as Peak Vista Community Health Centers, which cares for more than 93,000 patients in the region, to finally host telemedicine visits, including phone calls, and get reimbursed for them.

Legislation seeking to allow reimbursements for those safety net clinics had already been proposed before the pandemic hit.

Colorado’s Medicaid officials are now examining whether to make some of those changes permanent, said Lisa Latts, chief medical officer for the Colorado Department of Health Care Policy and Financing.

“There are physicians who swore they would never, ever use telemedicine,” Latts said. “Even with telemedicine, a lot of providers are saying they’re not sure they’ll (financially) survive. But telemedicine has been a survival strategy for many of them.”

“At this point, everything’s on the table. And at this point, we realize we may be living with this for a long time.”

In El Paso County, that would go a long way in dictating whether Peak Vista continues hosting so many appointments virtually.

So far, it’s been a vital tool for staying on top of ailments patients already had before the pandemic hit, said Pam McManus, the nonprofit’s president and CEO.

“People still have chronic health issues, like asthma, COPD, hypertension, diabetes,” she said. “Those chronic diseases can make patients even more vulnerable to the COVID. So us being there to help monitor and control their chronic conditions is essential.”