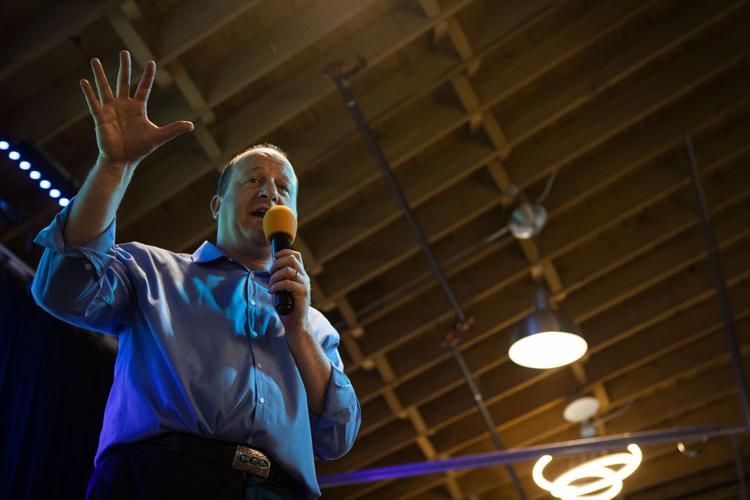 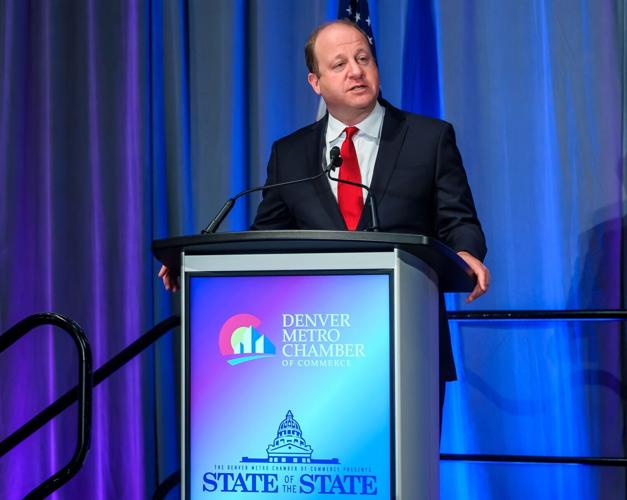 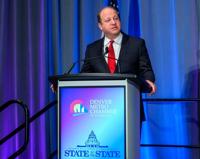 Gov. Jared Polis addresses the crowd at the Denver Metro Chamber's State of the State event Thursday at the Colorado Convention Center. 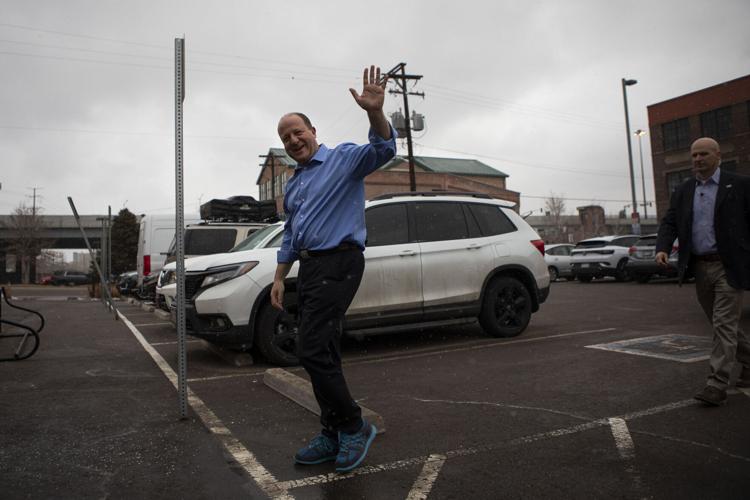 Gov. Jared Polis waves on his way into an event to announce his reelection campaign on Feb. 16, 2022, at Raices Brewing Company in Denver.

Gov. Jared Polis addresses the crowd at the Denver Metro Chamber's State of the State event Thursday at the Colorado Convention Center.

Gov. Jared Polis waves on his way into an event to announce his reelection campaign on Feb. 16, 2022, at Raices Brewing Company in Denver.

Gov. Jared Polis on Friday slammed an administrative ruling that favors Xcel Energy’s request to recover $509 million from Colorado ratepayers for the costs incurred during a winter spell in February last year that wreaked havoc throughout the Midwest, killing more than 200 people nationwide.

In her ruling on Wednesday, Administrative Law Judge Melody Mirbaba described the negotiated settlement’s proposed cost recovery as “just and reasonable” and “in the public interest.”

In a statement, Polis questioned Mirbaba’s decision, saying it acknowledged that Xcel “did not properly prepare or warn Coloradans ahead of the storm, yet consumers are now literally forced to pay the price."

“I am disappointed that utility providers are able to balance their financial loss on the backs of consumers, when extra costs could have been avoided by better early warning systems for consumers to voluntarily reduce energy usage,” the governor said.

The judge maintained that Xcel responded appropriately to the energy crisis.

The Public Utilities Commission still needs to consider Mirbaba’s ruling. Commissioners, who hold the final decision-making authority, can either accept, reject or change the settlement agreement.

Polis urged the state’s energy regulators to take actions to avoid the steep hike in energy bills resulting from extraordinary events, such as the one customers would face if commissioners adopted Mirbaba’s ruling.

Colorado escaped widespread power outages, but Xcel and other utilities in the state had to buy natural gas at exorbitant rates to keep both heating gas and electricity flowing to customers during Winter Storm Uri, which lasted from Feb. 13 to 17 and left roughly 10 million people in the United States and Mexico without power. The storm brought down power in Texas, the biggest power crisis since the 2003 blackout in the Northeast and Ontario, Canada, which was caused by a fault in the grid's computer alarm system in Akron, Ohio.

Xcel originally asked to recover $550 million from ratepayers, but through negotiations agreed to reduce its request to $509 million.

The effects of Winter Storm Uri drove natural gas prices to unprecedented levels due to capacity and delivery problems, as well as the extraordinary demand for the fuel. At the height of the storm, prices rose from $2 to $3 per thousand cubic feet (Mcf) to as much as $600 per Mcf.

The Colorado Office of the Utility Consumer Advocate and others criticized the utility for poor planning and operation.

The consumer advocacy office recommended that the Public Utilities Commission strip more than $156 million from Xcel’s recovery cost request for the company’s alleged failure to buy sufficient natural gas before the storm and for not operating its oil-fired backup systems in a manner that the consumer advocacy office said would have saved customers millions by not having to buy natural gas during the hours of peak commodity pricing. Critics also accused Xcel of failing to notify customers of the impending storm so they could reduce energy use to save money.

In her ruling, Mirbaba found Xcel’s actions to be prudent.

“The ALJ cannot find that the company’s dual-fuel operations were imprudent in light of the numerous factors at play. The company’s decisions relating to transitioning to fuel oil are far more complex than the UCA’s arguments imply,” the judge said.

Mirbaba added that Xcel’s actions ultimately saved customers money, notably avoiding the power outages other states suffered, and helped to ensure Coloradans’ safety during the crisis. Had Xcel not acted prudently, the parties “may be arguing about the company’s failure to provide reliable service, and the public harm that resulted.”

“The above agreement terms are innovative and creative methods that ultimately serve to decrease amounts that customers will pay. While some of these approaches provide a more indirect benefit by ensuring the company does not recover amounts in other proceedings, they still ultimately benefit customers by ensuring that they do not see such amounts on their bills at a later date,” she said.

She added: “Indeed, by ensuring that it had enough gas to meet forecasted demand, the company acted consistent with statutory mandates requiring it to provide and maintain service that promotes the public safety, health, comfort, and convenience.”

“This is another example of why it is so important that we continue to move away from natural gas to avoid these types of unpredictable price spikes in the future, and I urge the PUC to establish specific actions to take regarding voluntary usage reductions prior to imposition of any extraordinary fees for future events,” he said.

As part of the settlement, Xcel agreed to forgo more than $30 million, including an estimated $14 million in replacement power costs for power it had to buy during generator failures at the Comanche 3 power plant near Pueblo in 2020. Xcel also agreed to absorb $10.8 million in deferred bad debts for 2020 and 2021. The company will also have to return to residential electric customers about $41.5 million as part of a new revenue decoupling adjustment pilot program.

The parties to the case have 20 days — or by May 31 — to file exceptions, which will stay the decision, and then will have 14 days to respond.

“The commission will then take up the case and reach a decision at a later date which they will set,” said Cindy Schonhaut, director of Office of the Utility Consumer Advocate. “The UCA will be filing Exceptions by May 31.”

U.S. Sen. Michael Bennet, a Colorado Democrat, introduced a bill on Wednesday that would augment at the federal level Colorado’s Just Transition Plan, which tries to lessen the economic and social effects of the closure of coal power plants and mines across the state.