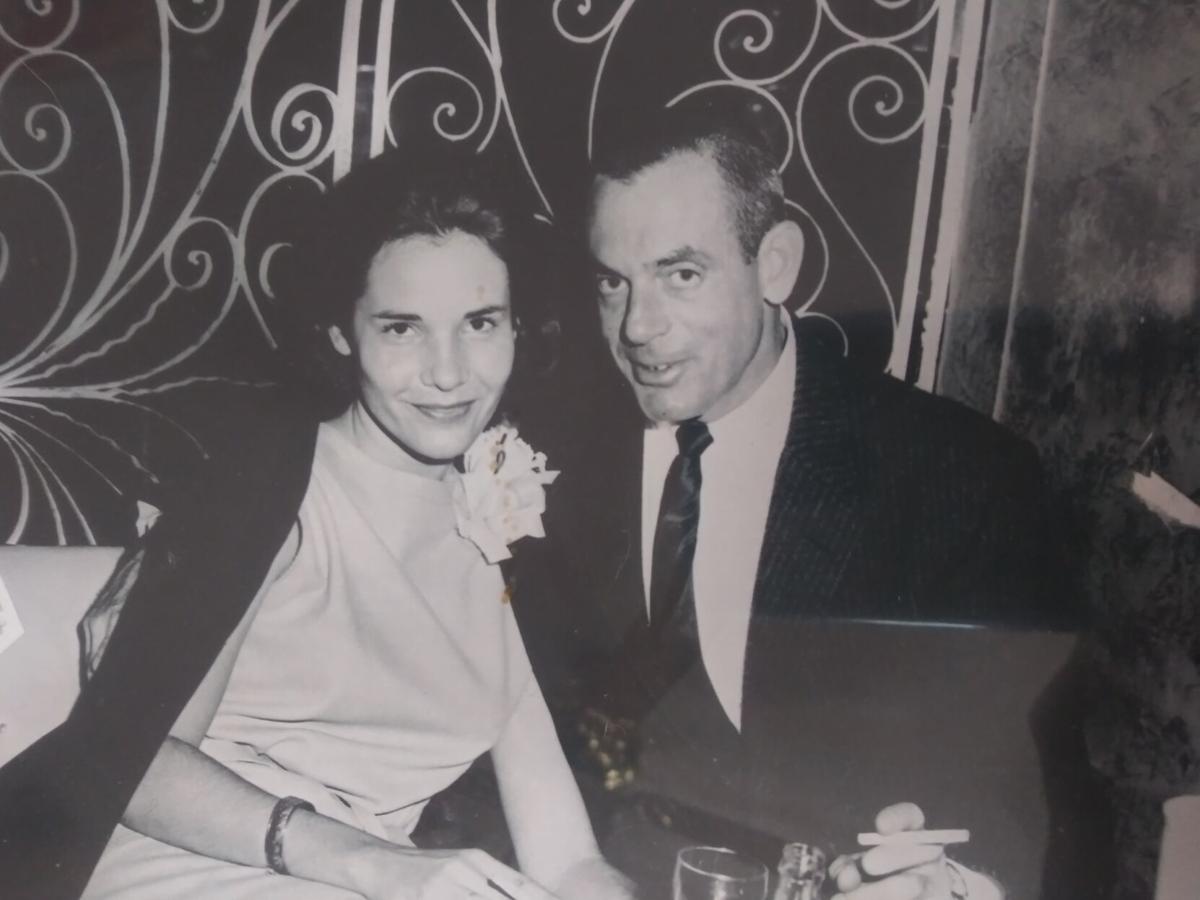 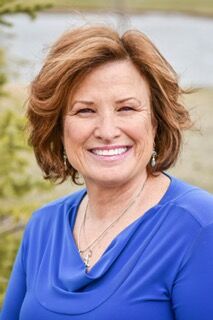 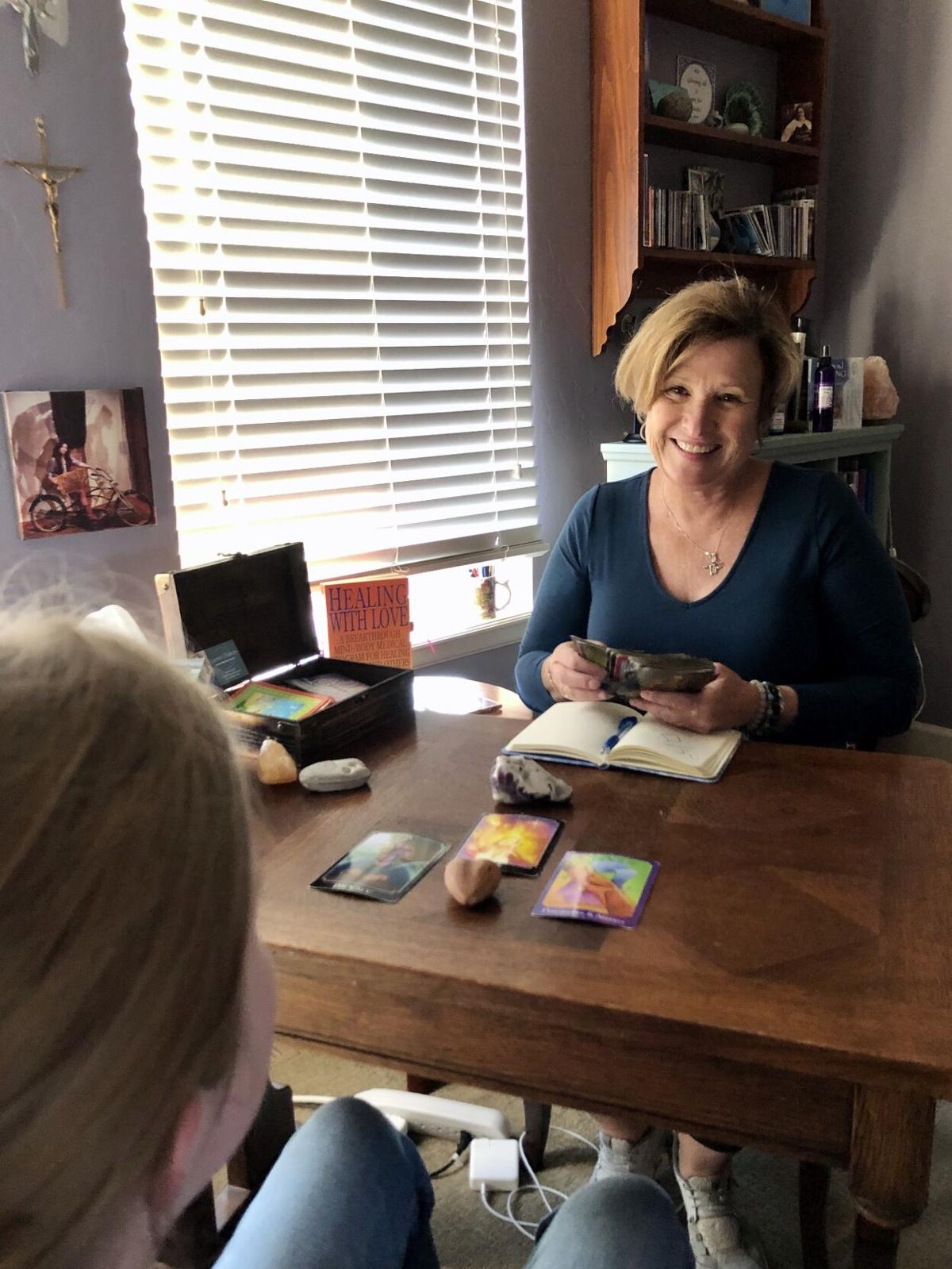 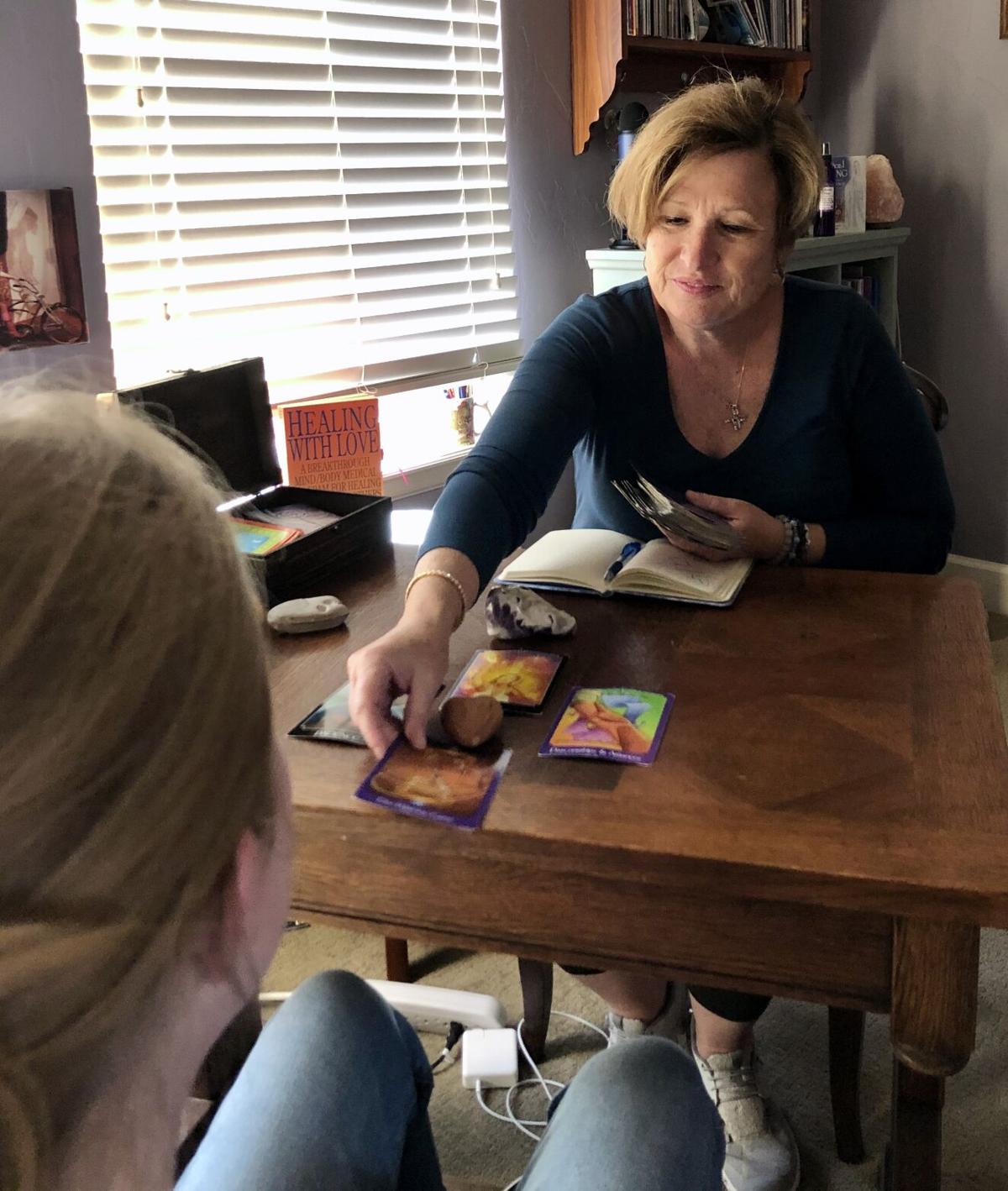 Carm O'Sullivan does Healing Touch, reiki, house clearings and blessings and gives readings that can help people connect to their deceased loved ones. Courtesy Carm O'Sullivan

Carm O'Sullivan does Healing Touch, reiki, house clearings and blessings and gives readings that can help people connect to their deceased loved ones. Courtesy Carm O'Sullivan

She had me at jet plane.

It wasn’t the first time I’ve watched a psychic medium in action, but it was the first time I was the sole receiver of such a reading. For those unfamiliar with the term, perhaps you’ve heard of famous psychic mediums John Holland, John Edward, James Van Praagh, Lisa Williams and Theresa Caputo, the “Long Island Medium.” They’re allegedly able to commune with your loved ones who have crossed to the other side.

With All Hallows’ Eve quickly approaching, a reading with Carm O’Sullivan, a Monument psychic medium, seemed like a good way to celebrate my favorite month and holiday. I can hear you skeptics in the crowd now. Trust me, I am well aware of what you are dying to tell me about scams and charlatans. But, I can’t help myself. I love this stuff. Always have. And I feel quite certain there is more to this life than what we can see with our little eyeballs.

So there I was. I’m no stranger to group readings, where the medium relays messages from spirits to those in the audience. I’ve tried a few, but was never singled out for a reading and had given up on going back. The message seemed clear: My departed loved ones were clearly too busy living it up in the afterlife to reach out and say hey. Sheesh.

But this time they did.

Before we even sat down, O’Sullivan told me she’d been feeling my family members lining up. I was cautiously intrigued. We sat down in her private office, where she also does Healing Touch, an energy therapy, in a nondescript office building off Baptist Road. A weathered journal lay open in front of her, the two facing pages filled with scribbles and sketches. This is how she works, she says, by meditating before her client arrives and jotting down whatever comes to her.

“The first thing I heard was ‘Leaving on a Jet Plane,’ the song,” she says. Gulp. “I felt like this had to be a male energy. I don’t know if you have someone who was a pilot or who loved to travel, but ‘Leaving on Jet Plane’ came in like he was talking to me, singing it to me. Do you understand that?”

“I feel like it was probably your father or grandfather. It feels more like your father,” says O’Sullivan. “I don’t know if he was a pilot, but he loved to travel.”

My father was a flight engineer for Pan Am back in the day. And no, O’Sullivan didn’t know me or my history.

The month of May was communicated to her and she wondered if that’s when he was born or died. It was indeed the latter, over Memorial Day weekend 14 years ago. He also apparently showed O’Sullivan a locket with the message “great love,” which was very close to accurate. He gave me his mother’s pocket watch many years before he died. It’s a treasure to me.

“He says he’s very proud of you.” Cue the tears. “And I feel like you inherited some gifts of his. I feel the pen is in his hand as in your hand. I don’t think it’s his pen, but the grandfather.”

Hmm. I’m unclear on that as I know next to nothing about my paternal grandparents. By the time my dad had me at 55, his mom had died from cancer and his dad had died in the Spanish flu pandemic of 1918.

But there was more from my very chatty grandparents. My dad’s mother, whom I wouldn’t even recognize in a photo, came to tell me to reestablish some of the family traditions that were lost ages ago. Through O’Sullivan, she offered the advice: “Research.” Duly noted, Grandma Mulson.

From there we segued to the picture of a saw O’Sullivan had sketched in her notebook before I got there.

“I see a carpenter. And I don’t know if this is past, present or future, but somebody who’s good with their hands,” she says. “A saw comes up. I feel like you’re starting a new project or something you’re thinking about.”

Sold! But could this carpenter also perhaps be a love interest? Because my deck and my heart are in need of refurbishing. And I dream of a big bay window with a reading alcove. Hopefully he’s good at plumbing, too. When’s this person showing up already?

“The number two comes up. Are you seeing two different people?” asks O’Sullivan, to which I probably snorted and most likely guffawed. Try zero, which probably is fine for the time being. A girl’s got to collect her thoughts and some wool between relationships, you know?

“Don’t go to the websites. Those don’t work,” she says. Amen. I wasn’t stoked about those either.

“But the number two. So I’m going to say February is the time when there’s new love. I feel you have to step out of your comfort zone to meet this person. Are you doing any construction work? I feel like maybe there’s somebody who comes in. I feel it’s that one great love. So don’t be afraid.”

I am here for that. Hopefully I’ll be done collecting myself and get my act together by then.

My new project likely involves writing of some kind, she says, but is more creative and a step away from what I’m doing (sorry, Gazette) to follow more of my passion, perhaps a nonfiction book. Perhaps even a book related to my family, which was interesting, as I’d been considering that very idea a couple of days prior.

“Dad wants to encourage you on that,” says O’Sullivan. I’m totally in, Dad, but can you still please send this handsome and handy carpenter my way?

There was much more to the reading, of course. A lot resonated, some didn’t, but there was enough that hit the right notes that I sat up and paid attention. Plus, she just gave solid advice.

“I tell my clients to take 50 percent of what I tell you and use it in a way that’s positive. But if I tell you you’ll meet somebody in two years and you stay home eating bonbons, guess what? You’re not moving in that path,” she says. “Take 25 percent and put it on the shelf. It may not resonate right now, but will later. Take 25 percent and throw it in the trash.”

All her life, people have told O’Sullivan she was a healer, including four psychics. She pooh-poohed them and pressed on in her career as a commercial property manager. She knew she was good at reading people’s energy and understanding what they needed, which came in handy in her professional life. And there were also the lifelong unexplainable events, such as lights turning on and off at night and hearing a voice through a speaker.

“I was scared. I thought I was crazy,” she says. “I had weird things happen, but I joked it wasn’t me.”

In 2009, her family’s financial situation took a rocky turn, and she spent the next five years praying to know what new path to take. She alighted on Healing Touch and reiki, another energy healing modality, which opened her up even more. While working on clients, their loved ones would often present themselves. O’Sullivan surrendered to the process, going on to also train with Holland, whom, she says, got misty-eyed after she read for him and brought forth his grandfather.

Nowadays, her practice consists of half Healing Touch and half readings.

“Healing occurs in many ways,” she says. “Some takes the form with hands on healing, and some is about healing from connecting to the other side so they know their loved ones are okay. They bring messages of love, light and stories.”

O’Sullivan is adamant that people leave their readings feeling better and more peaceful.

“I try to educate people this is not any kind of evil work. It’s about love and light. I’m Christ-bound,” she says. “I was raised Catholic and believe Catholics are mystics. You believe in saints and miracles. My dad was a charismatic Catholic. He spoke in tongues. This is nothing different than what my father was doing.”

You might be wondering, right about now, how to be your own medium and communicate with those who have dropped their mortal coils. All things are possible. It’s a matter of becoming more aware.

“Sometimes you smell something and it reminds you of mom. Well, maybe mom’s standing next to you to try and tap on you,” O’Sullivan says. “I’m open to hearing what I might hear and not poo-pooing it. There’s so much more mystery out there than we know.”