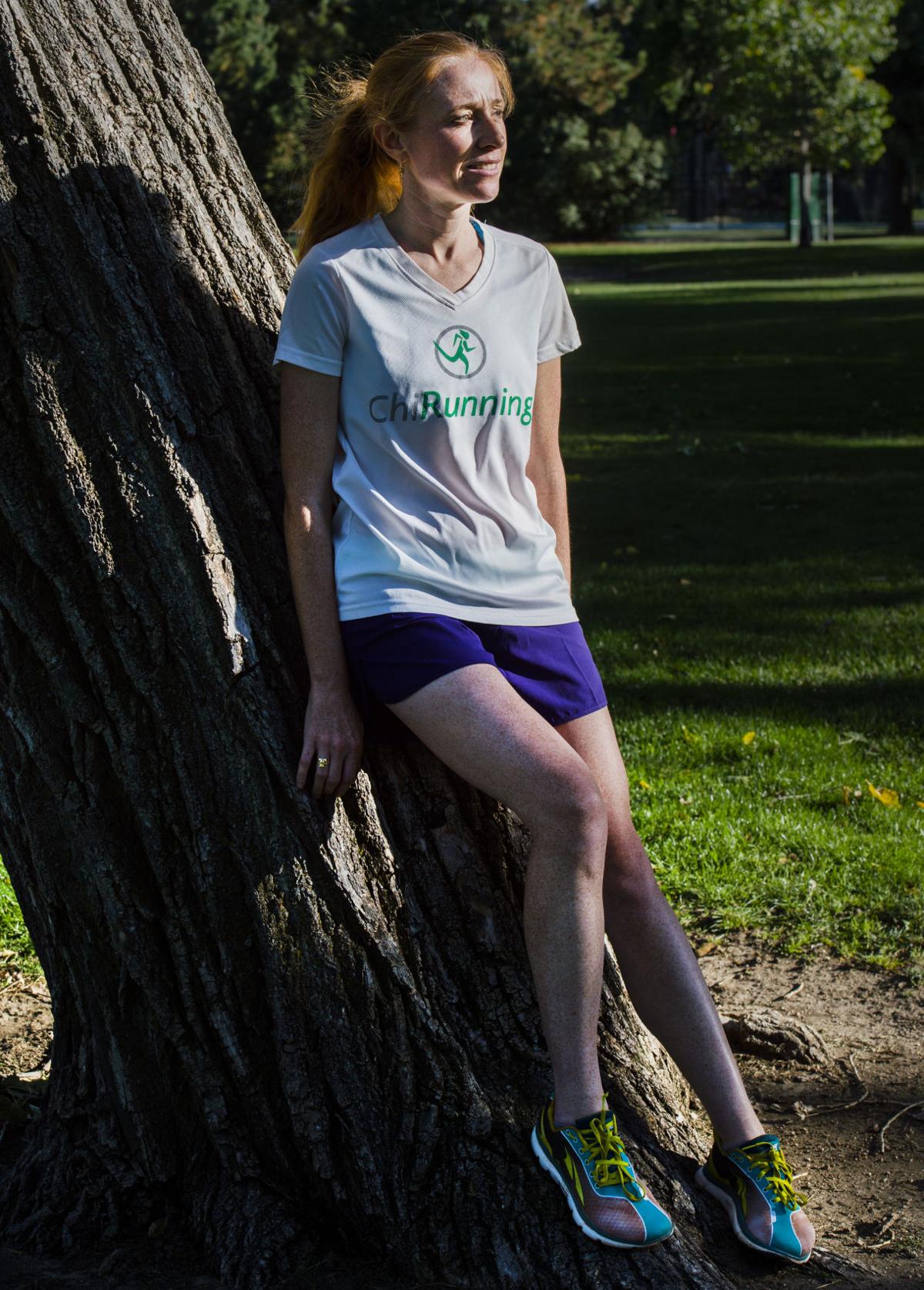 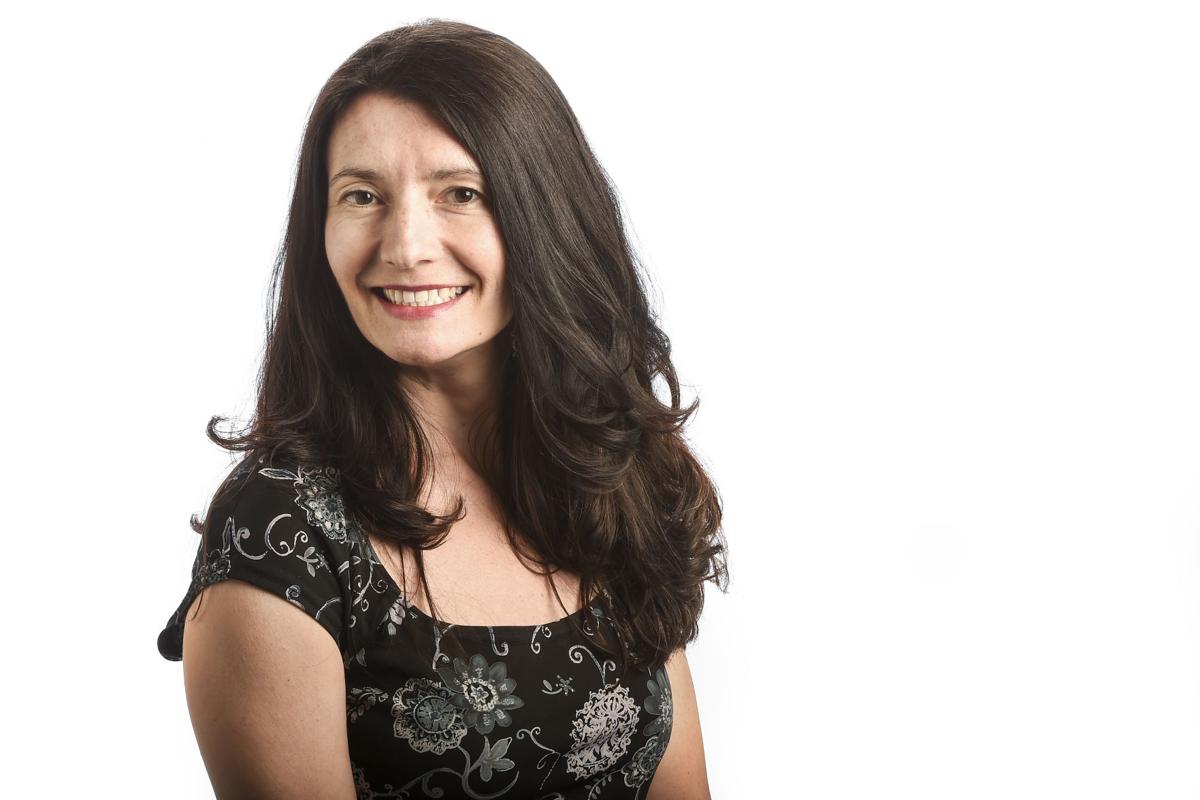 When it comes to running, there's a wide gap between Phoebe on "Friends" and Olympic star Allyson Felix.

You might recall the former's outlandish technique that involved thrashing her arms and legs as she maneuvered through New York's Central Park. I'm a far cry from that, but I also know my running (OK, more like jogging or maybe slogging) form leaves a lot to be desired.

When I stumbled across ChiRunning, I was intrigued. I like chi, or what Eastern disciplines identify as life force energy (and what yogis call prana), and I used to like running until it gifted me with plantar fasciitis and bunions and made my knees ache anytime I used stairs.

ChiRunning, as it turns out, incorporates elements of tai chi, a set of slow, graceful and ancient Chinese exercises designed to help heal the mind and body.

"The premise of it is running by pulling from center and allowing gravity to do the work," certified ChiRunning instructor Amelia Vrabel said. She's one of two instructors in Colorado Springs, according to the ChiRunning website. "If you watch people do tai chi, it's mindful. A lot of people think running is all about using your legs, but it doesn't have to be.

"When you're running from your center, you allow gravity to propel you forward and you don't have so much impact on your extremities - your arms and legs." Less of an impact on the legs means fewer injuries, something about half of all runners deal with at some point, she said.

A runner for 20 years who's finished 18 marathons, Vrabel got serious about ChiRunning after injuring her hamstring several years ago. She believes the injury was the result of overstriding, which ChiRunning doesn't endorse. Instead of buying new shoes, getting physical therapy or trying any of the other ways runners attempt to heal, Vrabel knew she needed to hone in on what was wrong with her running technique.

"People want to get right back out running," she said, "but if you don't address the root cause of the injury, you're going to get the injury again. You've got to figure out how to run healthy."

Danny Dreyer, an ultrarunner living near San Francisco, developed ChiRunning and ChiWalking around 2000 as a way to make his 100-mile runs easier. A few tai chi classes later, he knew the practice would make its way into his running technique.

"It's really all about moving from your center, allowing gravity to pull you forward and being mindful in your movement," said Vrabel, who became a certified instructor 18 months ago and has held several workshops locally. "I've noticed positive change over the last few years of more emphasis on running form than there was 20 years ago. But aside from ChiRunning, I don't see an emphasis on mindfulness in running. It's hard for people to understand, especially when they want to just plug in and go."

Vrabel typically begins her workshops with a focus on posture, encouraging folks to be aligned in their center and relaxed through their extremities. That means feet are placed hip-width distance apart, the neck and spine are long, and the core is engaged. To get going, a runner leans her entire body forward and allows her feet to catch her and start moving before she falls on her face. The trick here is not just to lean forward from the waist.

"By moving from center, it's really your core that winds up doing more of the work," she said. "The only real tension or engagement is happening in your core muscles. Those muscles are keeping you aligned and allow you to lift your legs when you're running."

"With all running, you want to maximize efficiency," Vrabel said. "Everything needs to work in the same direction."

Her own personal trick? "I pretend like I don't have any legs at all."

Naturally, I gave ChiRunning a whirl as Vrabel looked on. I'm not sure I gave her the full magnificence of my slogging technique - it's hard to run normally when somebody's watching - but she nicely noted that my toes angled out as I moved. In other words, I had a duck run going on that could explain the injuries I developed back in my slogging days.

I was inspired to practice the technique later that day in Monument Valley Park. Usually I feel like a drunken tree stump trying to run, but that day I felt noticeably different as I focused on leaning forward and letting the work come from my core. Leaning more also did increase my speed. I periodically remembered to relax my legs, though that's still a foreign concept to me - just how does one relax their legs while they're using them? But it gives me something to practice.

That's exactly what it is - practice. It's a chance to focus on any number of cues and one reason that Vrabel doesn't recommend listening to music during a run.

"I find when you listen to music when you're running, it disassociates you from your body," she said. "We're trying to associate how we're feeling and make those corrections as we're running."

Changing her own technique has been a running lifesaver for Vrabel.

"When I go out on a run, I don't feel exhausted anymore," she said. "I look at my runs in terms of 'Do I have more energy at the end of the run versus at the beginning of the run?' That's the goal."