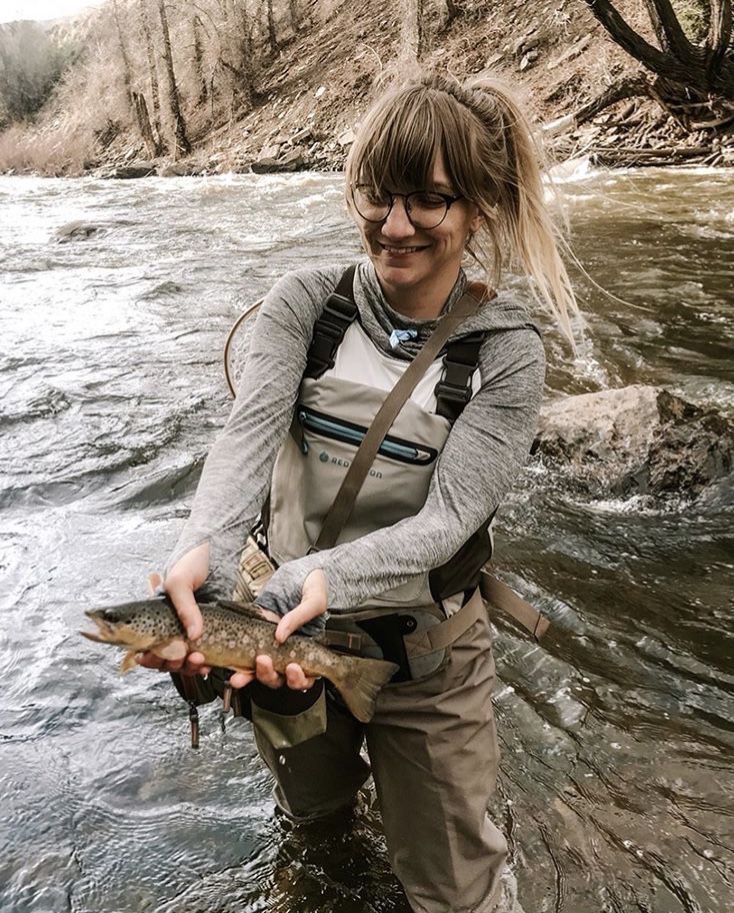 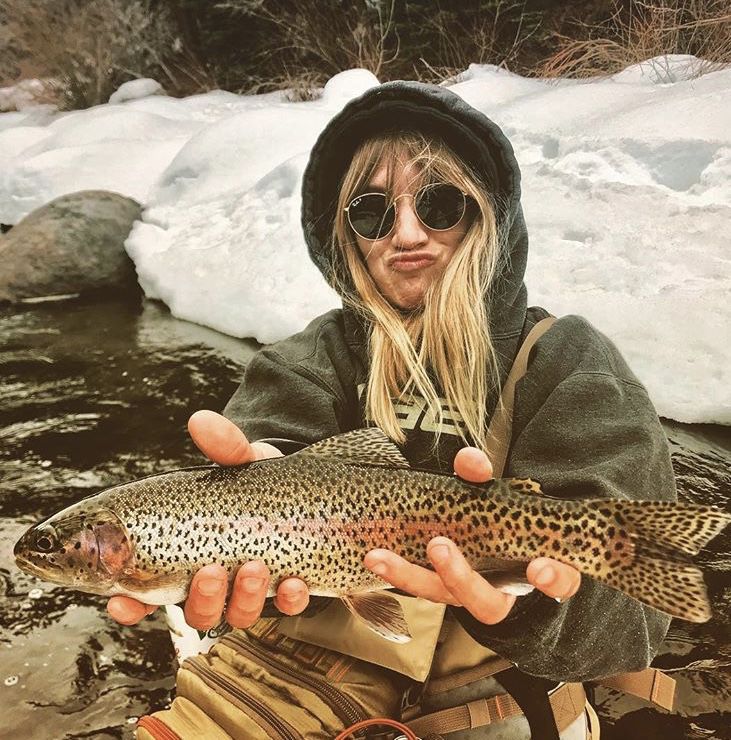 Avid Vail outdoorswoman Steph Littlefield is among town residents to be stricken by COVID-19. 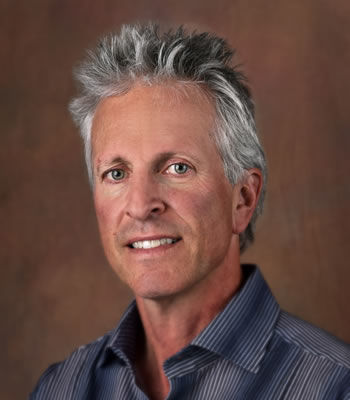 Vail Mayor Dave Chapin is recovering in isolation at home from the COVID-19 virus. 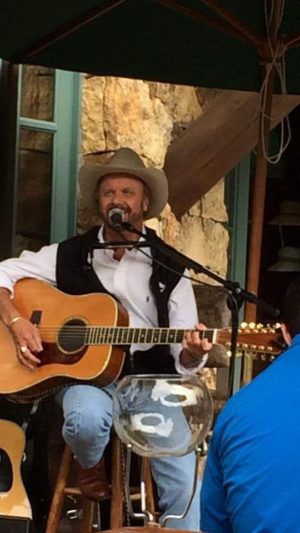 Avid Vail outdoorswoman Steph Littlefield is among town residents to be stricken by COVID-19.

Vail Mayor Dave Chapin is recovering in isolation at home from the COVID-19 virus.

Vail • On March 10, Steph Littlefield, felt lightheaded, with pressure in her head that made her think one of her recurring earaches was coming on. Still, she went to work in the Avon-based finance office of Vail’s famed Steadman Clinic, where superstar athletes including John Elway, Joe Montana and the late Kobe Bryant came for surgeries over the years.

The next day the 27-year-old called in sick with a dry cough, shortness of breath and fever of 101 Fahrenheit. Aware of the growing COVID-19 outbreak in surrounding Eagle County, where the first case of the virus was confirmed on March 6, Littlefield called her doctor first and was told to report to a respiratory clinic in Vail, where she was quickly isolated and swabbed.

Littlefield tested negative for the flu and strep and was sent home, ordered to self-isolate and wait for her COVID-19 test. Not a problem, she says, since for the next two days she was wracked by chills, body aches and waves of nausea. Then on Saturday, March 14, which just happened to be the last day Vail and nearby Beaver Creek were open for skiing, Littlefield woke up “feeling totally fine,” grabbed her fly rod and went fishing in the river right by her house.

On Sunday, March 15, she woke up and was “right back in the hole” of fever, chills and aches, and then on Monday — five days after first being swabbed — state health officials informed her she had tested positive for COVID-19.

“It’s important if you aren’t feeling good, even if you start to feel better and as antsy as we are to get back to our daily routine and do the things we love, it’s putting others at risk, and those are the people we’ve got to think about,” Littlefield said of her fly-fishing foray. “Even if I was by myself, I wasn’t around anybody else, and the trout don’t get coronavirus … ”

On Sunday, March 22, still isolated in her home, Littlefield emailed she’s been cleared by her doctor for COVID-19 but likely developed pneumonia and has been coughing up blood the last few days. She’s says she’ll probably have to be on supplemental oxygen for a couple of months.

Littlefield is part of a wave of COVID-19 infections in Eagle County — an early Colorado hot spot for the disease — where droves of snow riders from around the country and in fact the world have been descending all ski season, packing bars, partying at concerts and sporting events like the Burton U.S. Open Snowboarding Championships in late February and spring-break skiing till the bitter end. Pretty much the opposite of social distancing.

It was a brutal end to the ski season — mid-March peak season with still above-average snow conditions — that Vail Mayor Dave “Bone” Chapin admits, wearing his barkeep hat as a partner in Vendettas bar and restaurant, he wasn’t so sure about. Now, infected with the virus himself and in isolation at home, he knows it was the right call.

“I do think it was the right decision, because people come here from all over the world, and I do believe they would’ve continued to come,” Chapin said. “Skiers are a hardy group. We are, by nature, some would say, risk-takers.”

As of Monday, Eagle County has 92 confirmed cases of COVID-19 in a population of just under 55,000 -- although due to the lack of testing, health officials say the true number is unknown and infections likely number in the thousands. That represented about 12.7% of the state’s overall 720 cases and ranked second only to Denver with 148 confirmed cases. Over the weekend, the first Eagle County resident, 64-year-old Rod Powell, died from the disease in a Denver ICU.

The Vail Valley is populated by people who come here to ski, climb mountains, run rivers, mountain bike and work their asses off during an intense five-month winter season that accounts for the vast majority of the annual revenues in the local economy. People work hard, party hard and play even harder in the surrounding mountains. From knee injuries to liver problems to shattered collarbones, many Vail-area residents are simultaneously blessed by their surroundings but also in some ways battered, broken and broke due to the lifestyle and insane cost of living.

Chapin, 61, had a massive heart attack six years ago and now has a pacemaker and a defibrillator implanted in his chest. And avid skier still, he’s recovering nicely from COVID-19, but he knows others — like his friend Powell, a beloved après-ski musician and Realtor — haven’t be so lucky.

“That’s one of the issues right now is that a lot of people don’t think they’re COVID-19 material, and we need to get by that, and people need to understand that everybody’s vulnerable here,” Chapin said. “At first this was projected as an older individual’s problem, and we’re coming to find out that it can affect all demographics and … bring up an underlying health situation that somebody might not be aware of, and then all of a sudden that spiral of going downhill is dramatically increased.”

The numbers as of Sunday bear that out, with just 29% of the state’s 571 victims 60 or over and 71% under the age of 60. Littlefield, at 27, is living proof of Chapin’s warning to Vail’s younger, seemingly invulnerable ski-bum demographic. Vail Health President and CEO Will Cook issued a dire warning that the local 53-bed hospital may soon be overwhelmed by the young and old.

Littlefield is immuno-compromised because of stage-four endometriosis two years ago (hence those recurring earaches), but otherwise considers herself a strong person who loves the Colorado mountains. Still, as a health care worker, albeit in finance, she knows how tenuous the situation is at the local hospital.

“My body’s fought off so many different things and I’ve gone through a lot health-wise, but the last thing I want is to end up (in the hospital) or put anybody in danger to where they would be in that situation, because that’s just devastating, it’s scary,” Littlefield said, pleading with skiers swarming Loveland Pass and bikers headed to Utah to stand down. “Everyone’s going to Moab, and, I’m like, ‘You guys realize you’re putting them at such risk because they have three ventilators?’ Just stay home.”

Neither Littlefield nor Chapin know where or how they contracted the virus, and the mayor says it’s not helpful at this point to second-guess when Vail should have shut down to prevent further spread. He’s seen the reports out of Mexico that wealthy businessmen, second homeowners and visitors attending the Burton event, with superstar Olympians like Shaun White also on hand, are now spreading the disease south of the border.

“First of all, no one’s to blame for this,” Chapin said. “Blaming anybody or blaming anything or blaming any event is just really not where the focus should be. We can’t pinpoint what was ground zero, who was patient zero. Everybody has a theory about it, but this just isn’t the time for those types of theories.”

Hugo Ceron Anaya, the director, Latin American and Latino Studies Program at Lehigh University in Pennsylvania and the author of “Privilege at Play: Class, Race, Gender, and Golf in Mexico”, wrote in an email that there is a certain irony in the virus spreading from Vail to his home country of Mexico.

“(The) articles mentioned Vail, but no one has picked up on the irony that while (President Donald) Trump excludes poor migrants on the argument that they will bring the virus to the U.S., wealthy folks are the ones globally circulating the disease,” Anaya wrote. “This seems to fit well the overall perception of wealth, in the U.S. and Mexico, associated with a set of positive traits, while poverty is frequently associated with the opposing set of traits.”

Chapin said that sort of discussion isn’t helpful now, and that the virus knows no borders and makes no distinctions based on class, race or age.

To that end, Chapin is focused on economic recovery for the working class of Eagle County and taking care of the most vulnerable. He said on Monday he would donate to the Eagle Valley Community Foundation, which runs the Community Market food bank and has seen a 300% spike in demand. From the immigrant workers in the Eagle River Village mobile home park (more than 2,000 people in 381 trailers) to the resort workers packed five or six to a two-bedroom condo, Chapin says those are the folks who need help right now.

“I think if people understood the humanitarian effect that this has had, when you see a family come pulling up (to the food bank) and it’s maybe the mom or dad or both and the two little kids and you know that that may be the only food they’re going to get that whole day, if that doesn’t a tug on your heartstrings, I don’t know what to tell you,” Chapin said.