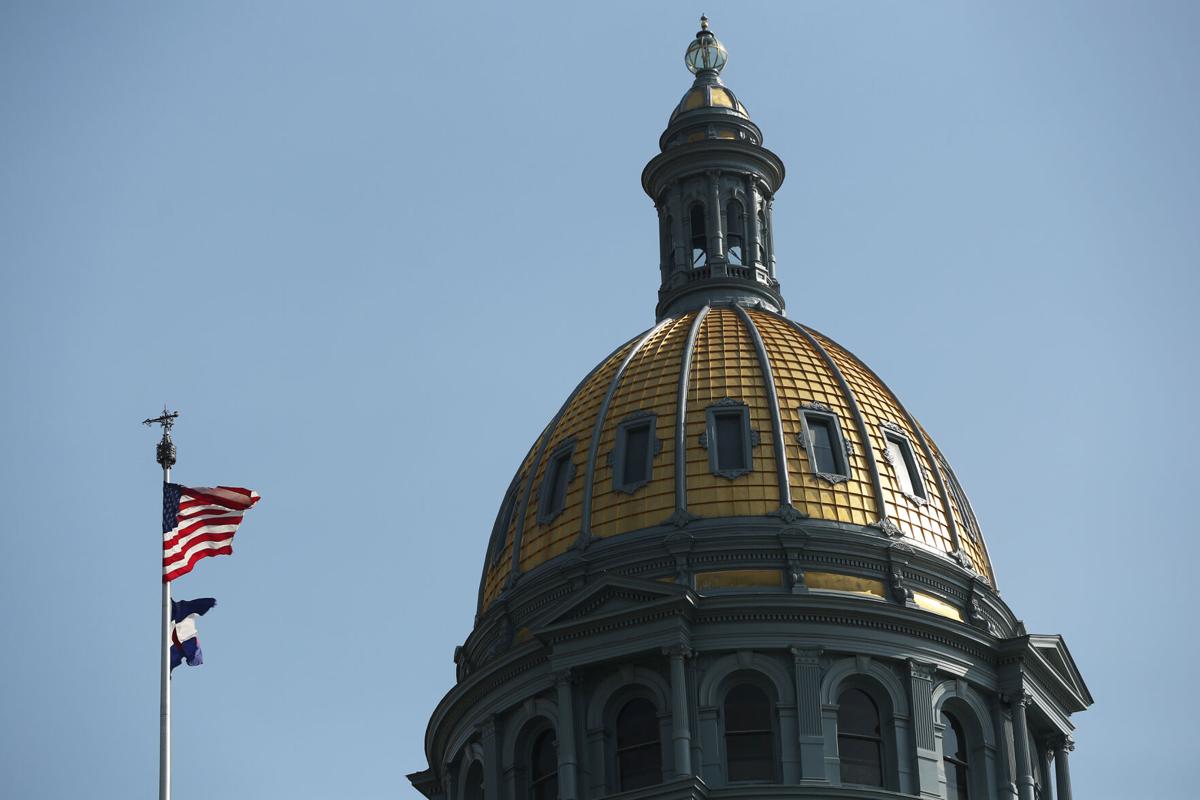 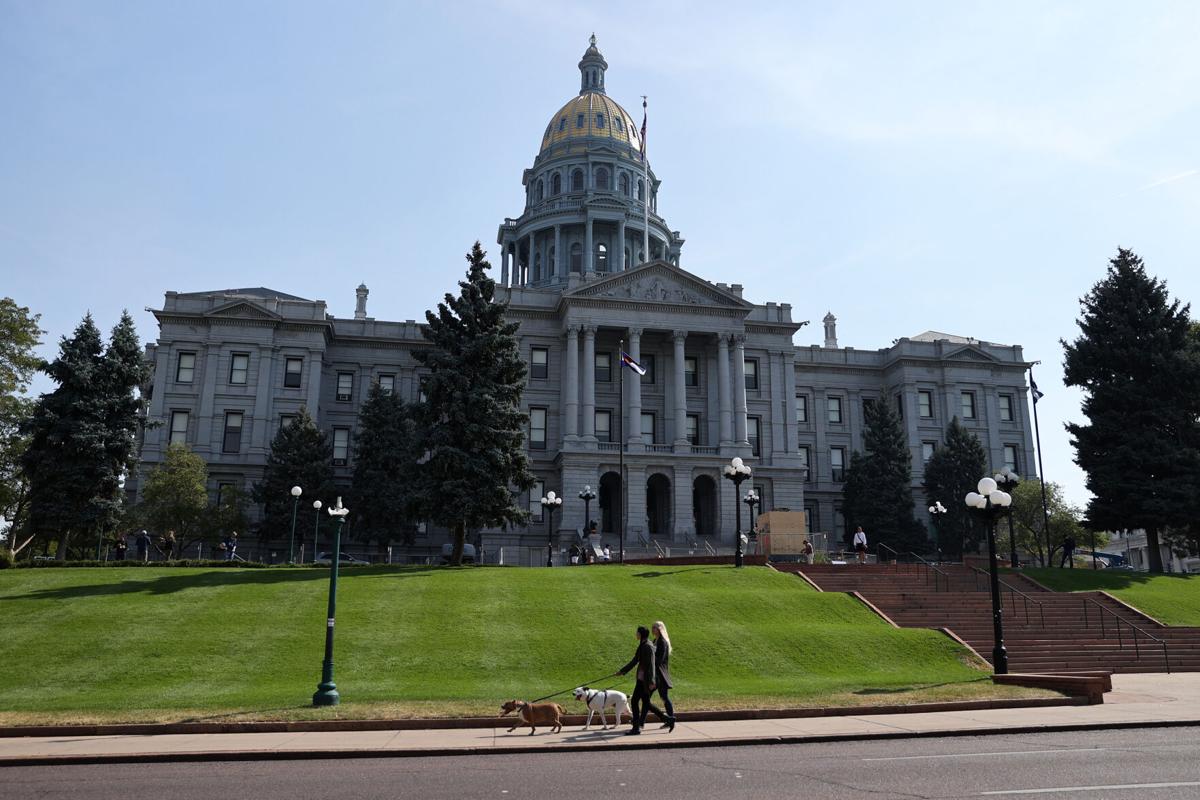 Forrest Czarnecki, The Gazette A couple of women walk their dogs past the Colorado state capitol building in downtown Denver on Oct. 3, 2020. (Forrest Czarnecki/The Denver Gazette)

Forrest Czarnecki, The Gazette A couple of women walk their dogs past the Colorado state capitol building in downtown Denver on Oct. 3, 2020. (Forrest Czarnecki/The Denver Gazette)

Colorado Gov. Jared Polis has called lawmakers back to the state Capitol for a special session, beginning Nov. 30, focused on a stimulus package of up to $400 million that would aid bars, restaurants, tenants, landlords and students impacted by the pandemic.

Lawmakers are being summoned to the Capitol to provide assistance to Coloradans and small businesses, given that Congress is unlikely to act on a federal aid package anytime soon, Polis and legislative leaders said at a Nov. 17 news conference in Denver.

Among the logistics that legislative leaders will have to hash out between now and the special session is how to conduct another session in the middle of a global health crisis.

During what legislative leaders called “the COVID session” that took place between May 26 and June 15, plexiglass screens were erected between lawmakers’ desks in the House, but not in the Senate.

In both the House and Senate, some members participated remotely via Zoom links; others set up workspaces in the gallery of the House or Senate to maximize social distancing.

The mask issue got new life within the state Capitol on Nov. 9, when the House GOP caucus held its leadership elections in the Old State Library. Pictures flooded social media of Republican lawmakers, only one of the 24 wearing a mask — Rep. Terri Carver of Colorado Springs — and with most sitting far closer than social distancing guidelines allow.

“I do want to applaud (the Legislature’s) decision to work together to come in,” Polis said. “It does involve a certain courage on behalf of our public servants, who will be putting themselves at some risk to be able to alleviate the needs of others.”

He said legislative leaders would come up with ways to protect vulnerable members.

Senate President Leroy Garcia, a Pueblo Democrat, said the Legislature is “changing how we participate,” including gravitating toward methods such as remote testimony.

“Our members’ safety and well-being is a top priority,” he said. “We recognize we have a responsibly to do what’s in the best interest of citizens.”

Speaker of the House-elect Alec Garnett of Denver said facilitating the safest environment possible at the Capitol is key.

“We will build off of the things we learned from the COVID session,” which included following guidelines from health professionals, possibly implementing testing regimens, and making sure those involved have access to the best high-quality masks possible, such as KN95s, he said.

“I’ve had very collaborative, good conversations with Republican leadership about the concerns the public and the staff have about people not wearing masks.

“I remain encouraged we can get to a place where people are thinking about the community and each other, and making sure we have the safest possible environment.”

“Regardless,” Garnett said, “there will be stronger measures in place” than there were in the session earlier this year, “which should instill confidence” in staff and lawmakers when they come in to do the people’s work.

During the COVID session earlier this year, the Legislature passed rules to require masks, with the exception of one person who presented an exemption, Garcia added.

“The Senate had no challenges with it,” and conversations with Minority Leader Chris Holbert of Parker showed Republicans would continue to abide by those mask requirements, Garcia said.

However, those rules weren’t always enforced. Some Republicans were more diligent in mask-wearing than others, and at least several, based on a review of Senate video of the last week of the COVID session, disregarded the rules around masks altogether.

At least four state lawmakers nationwide have died from COVID-19, and more than 160 elected officials in state legislatures have either tested positive or self-quarantined after coming in contact with someone with the virus.

In Congress, 81 members have either tested positive for the virus or come in contact with someone with the virus, resulting in quarantining, according to Ballotpedia. That includes outgoing U.S. Sen. Cory Gardner, R-Yuma, and U.S. Rep. Jason Crow, D-Aurora.

That list does not include U.S. Rep. Ed Perlmutter, D-Arvada or U.S. Rep. Doug Lamborn, R-Colorado Springs, who both announced this week they were positive for COVID-19.

Polis self-quarantined after coming into contact with Aurora Mayor Mike Coffman at a press conference in October that took place a few days before Coffman tested positive.

The number of legislative staff or aides who have contracted the disease is unknown.

Their illnesses are not often reported and do not appear to be tracked.

Gov. Jared Polis should either change the state’s quarantine guidelines to give school districts more flexibility — or explain to parents that districts are following public health guidance when they move to remote learning.