Jill Hunsaker Ryan is Colorado's top public health official. She and her family have been self-isolated in their Eagle County residence since her husband, Taylor Ryan, tested positive for the novel coronavirus. 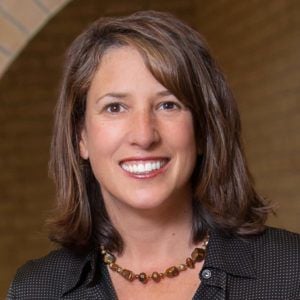 EDWARDS —  Jill Hunsaker Ryan, Colorado’s top public health official, has been isolated with her family at her home in the COVID-19 hot spot of Eagle County since March 13, after her husband tested positive for the virus. Ryan says her own COVID-19 test was negative.

Ryan, the executive director of the Colorado Department of Public Health and Environment, said her husband, Taylor, suffered only a mild case of the disease — experiencing a dry cough, chest tightness, fatigue and a runny nose, but no fever — and was never hospitalized. A senior staff engineer for Eagle County, Taylor Ryan is now beyond his 14-day isolation period.

Ryan said that after traveling for work to Pitkin County to help out with an early outbreak in Aspen, she returned to her home in Edwards just as Gov. Jared Polis was shutting down the state’s ski areas on March 14 and the CDPHE issued a mountain travel warning on March 15.

“It's the whole reason I'm telling my story to you, because after we knew we'd been in a community where the virus was circulating, we bought 14 days worth of food and then we followed the guideline, which was to not have close contact with anyone but your family, your household members, if you had been in the high country,” Ryan said by phone Sunday.

Rather than return to Denver on Monday, March 16, as she normally would, Ryan checked in with the governor’s chief of staff and decided to adhere to the CDPHE guidelines regarding mountain travel. That same day, Taylor Ryan started to exhibit symptoms, and the following day Jill Ryan and their 8-year-old son started to feel ill.

After learning Taylor Ryan had been exposed to a co-worker at Eagle County who tested positive for COVID-19, all three got tested on Friday, March 20. Taylor Ryan’s test finally came back positive on Tuesday. Jill Ryan and her son were negative.

“I will say that I haven't been out of the house since Friday the 13th,” Ryan said. “We talk about this R naught (RO) value, which is the average number of people that one infected person gives the virus to. So, I can effectively say if my son and I had it, we had not given it to anyone.”

Polis on Friday, in justifying his statewide stay-at-home order through April 11, said Colorado doctors have concluded the RO value for this coronavirus is between three and four, meaning that’s how many people one infected person will spread the disease to. That’s why physical distancing is so critical in slowing the spread and keeping health care facilities functioning.

“And it's why one of the messages is to buy enough food, get your medications, get your pet food, your baby diapers, your baby formula, whatever you need so that you don't have to leave the house,” said Ryan, who’s the former manager of Eagle County Public Health and a former two-term Eagle County commissioner.

As of Saturday, Eagle County continues to be a growing hot spot for COVID-19 — tied with far-more populous Jefferson County for the third most cases in the state at 182 and just behind El Paso County (184) and Denver (367). Eagle County has had two of the state’s overall 44 deaths.

The first case of COVID-19 in Eagle County was identified on March 6, and an Australian woman on Friday claimed to be the county’s “patient zero,” but Ryan said the resort county’s international destination ski status put a COVID-19 bullseye on it much earlier.

“She said she was patient zero, although the truth is we think the first case of the virus came to Colorado in January,” Ryan said. “I think it’s been circulating.”

Ryan, as the county’s director of public health from 2004 to 2009, engaged in extensive pandemic planning — preparation she says is helping now. Since March 13, Ryan said she’s been able to effectively use technology to help direct the statewide response.

“No, when I took this job, I did not foresee a pandemic in our future, although the governor asked me to make it one of our top goals to prepare for any public health emergency, so here we go,” Ryan said. “But, luckily, I had had a framework from being a local public health director in terms of what the planning and preparedness looks like, and I think we're up for the task.”

Given how long the virus has been circulating in Colorado, Ryan wishes there had been better coordination and testing at the national and international levels.

“In a pandemic, it does have to be a nationwide response, a global response,” Ryan said. “I will just say that I wish from the federal government level we would've had testing available in the states about a month earlier, so we could've just detected the virus sooner. I wish we had enough testing kits to do mass testing and containment by issuing quarantine and isolation orders.”

Medical equipment has also been a problem.

“I wish we had enough PPE; we didn't get enough PPE from the strategic national stockpile — that’s personal protective equipment,” Ryan said. “So those were the areas where we could have used and can still use more help from the federal government.”

While the 53-bed Vail Health hospital does not now appear to be in imminent danger of being overwhelmed, that could change if people don’t continue to physically distance and self-isolate if they’re experiencing symptoms, local health experts say.

Ryan’s own neighborhood of Miller Ranch in Edwards appears to be a bit of a hot spot, with at least one other couple testing positive for the disease, and there’s growing fear that the densely populated Eagle River Village mobile home park on the west end of Edwards could be hit hard by the outbreak.

“The Latino community, now that they are hearing about family members or friends being infected, are concerned,” said Melina Valsecia, director of Neighborhood Navigators of Eagle County. “Last week, I did not see many worries besides losing jobs, and there was a sense of overcoming this health crisis like any other crisis they had — ICE harassment, lack of health insurance, living day to day.

“Today, most people might know someone that might be infected and in self-quarantine. I think that the Latino community might be starting to feel like we are not immune to the pandemic. We might not have realized how big the problem is,” Valsecia added.

Colorado has been hit hard by the novel coronavirus spreading across the world, with some of the highest known infection rates in the country.