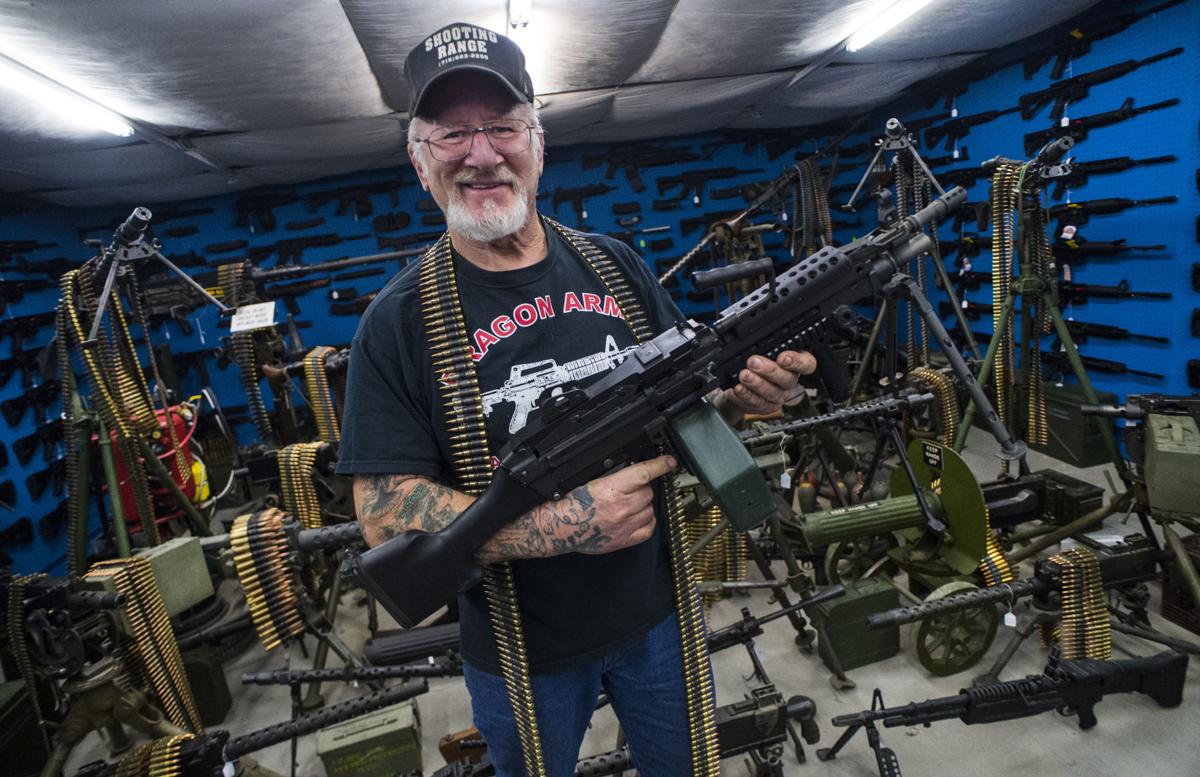 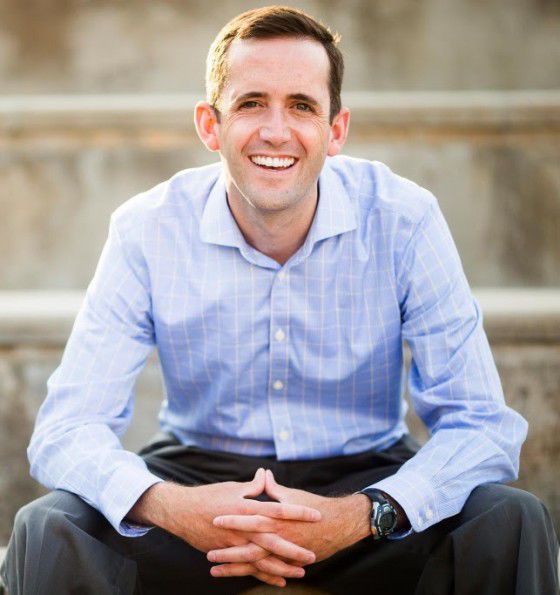 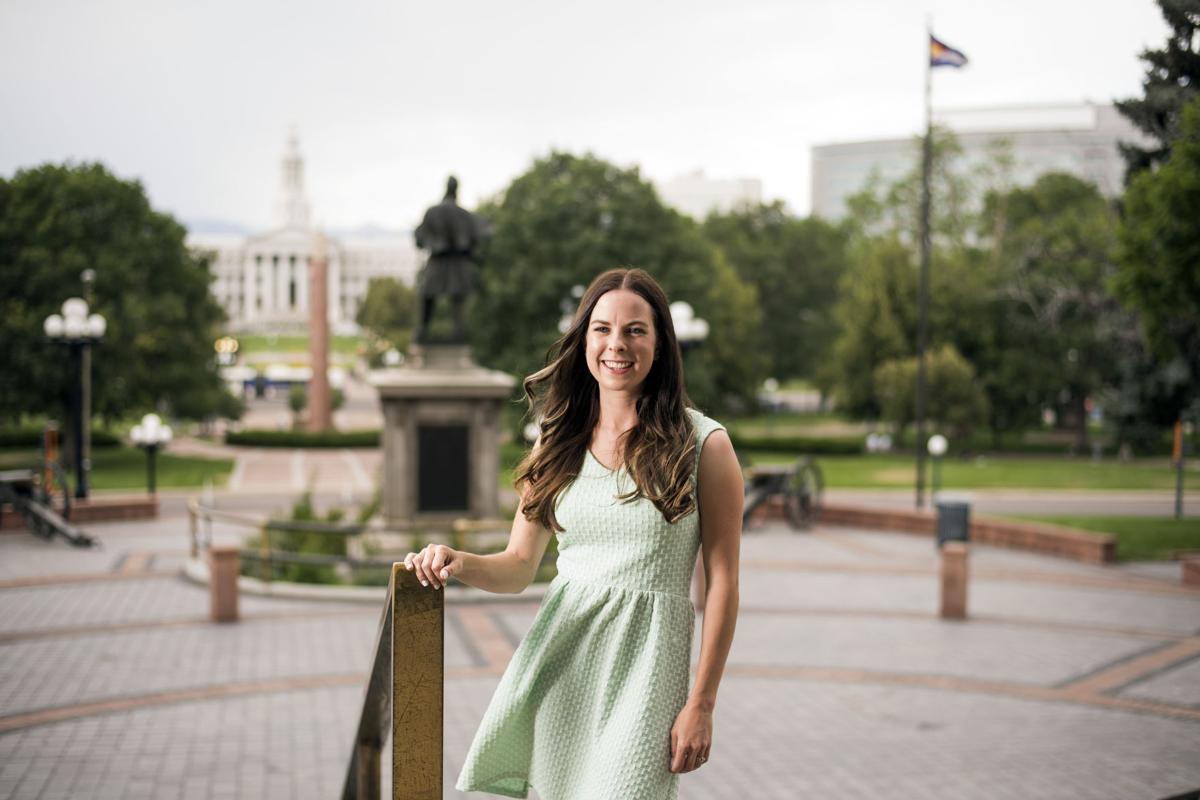 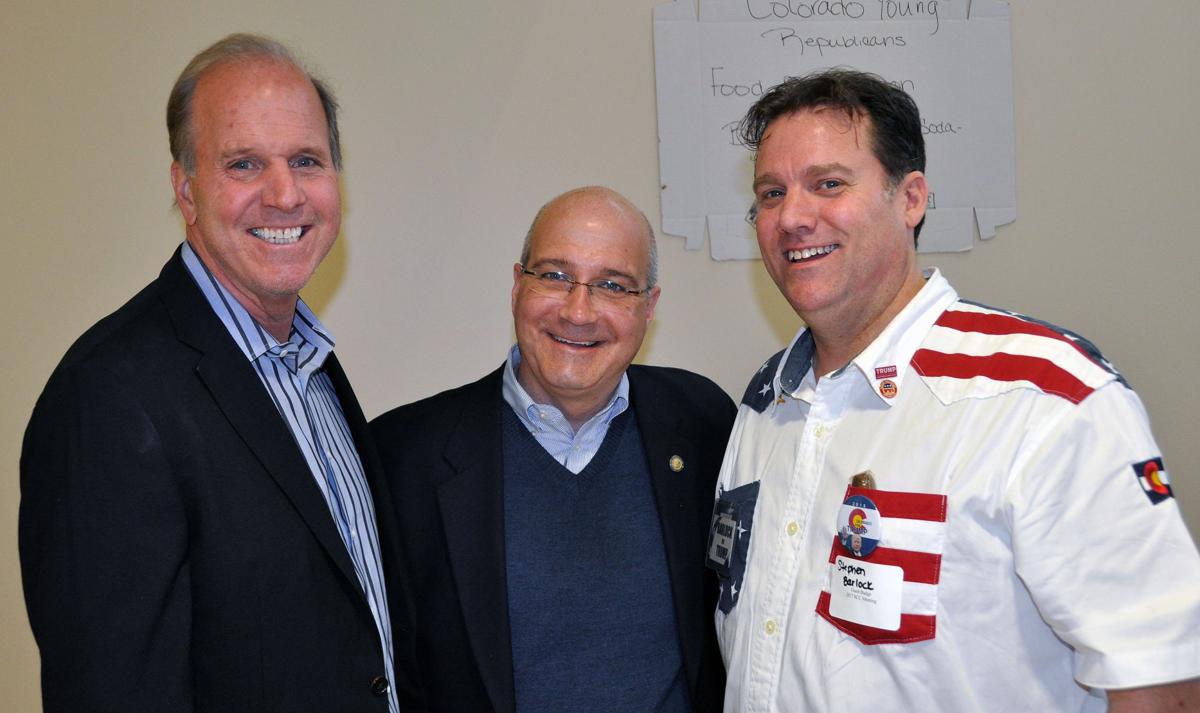 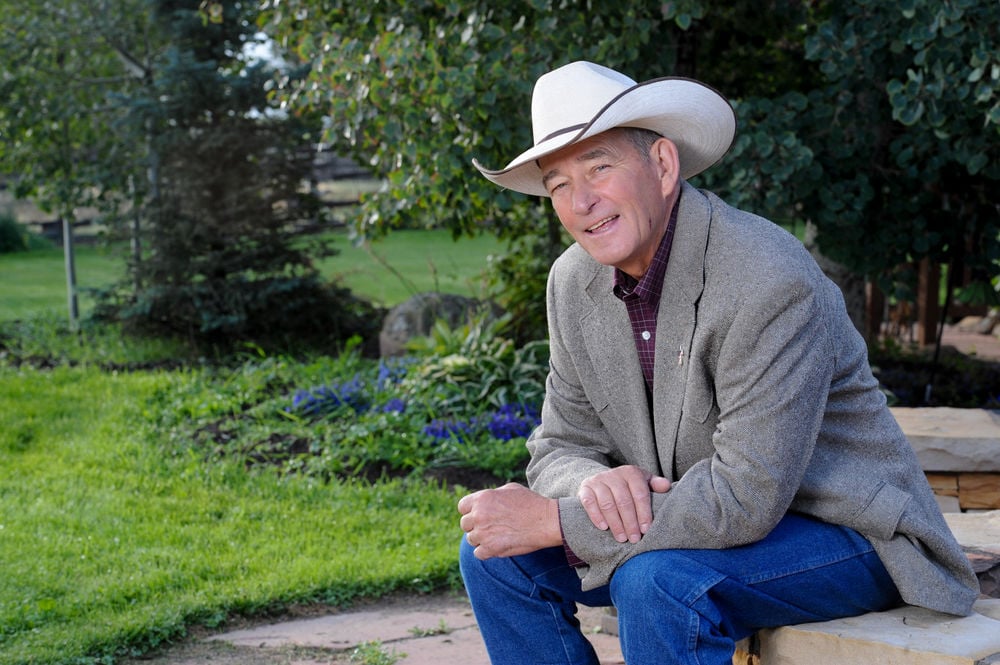 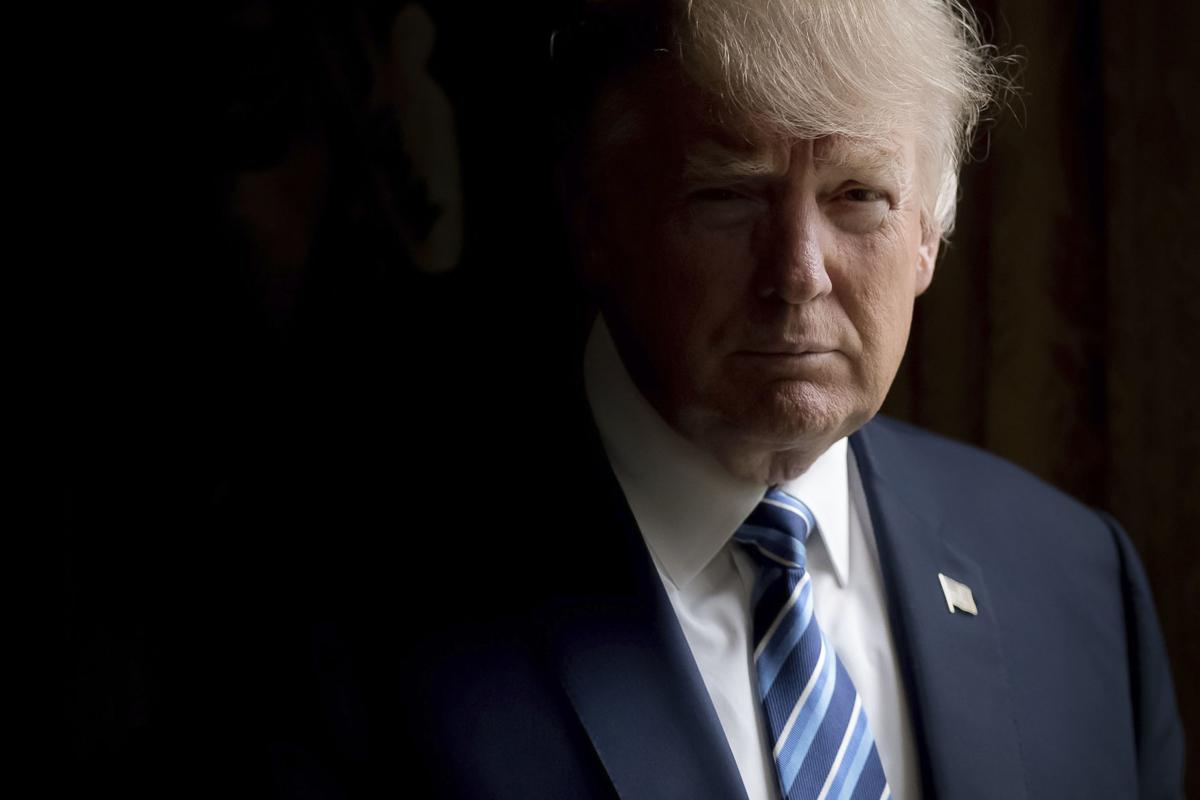 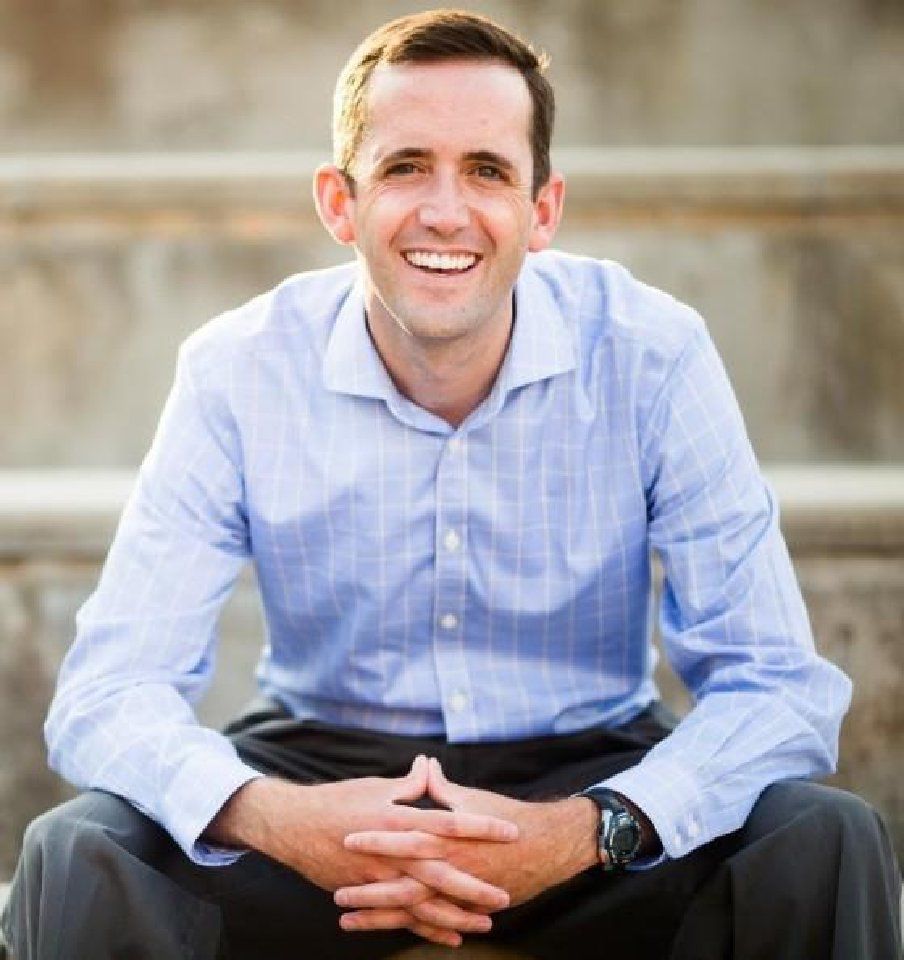 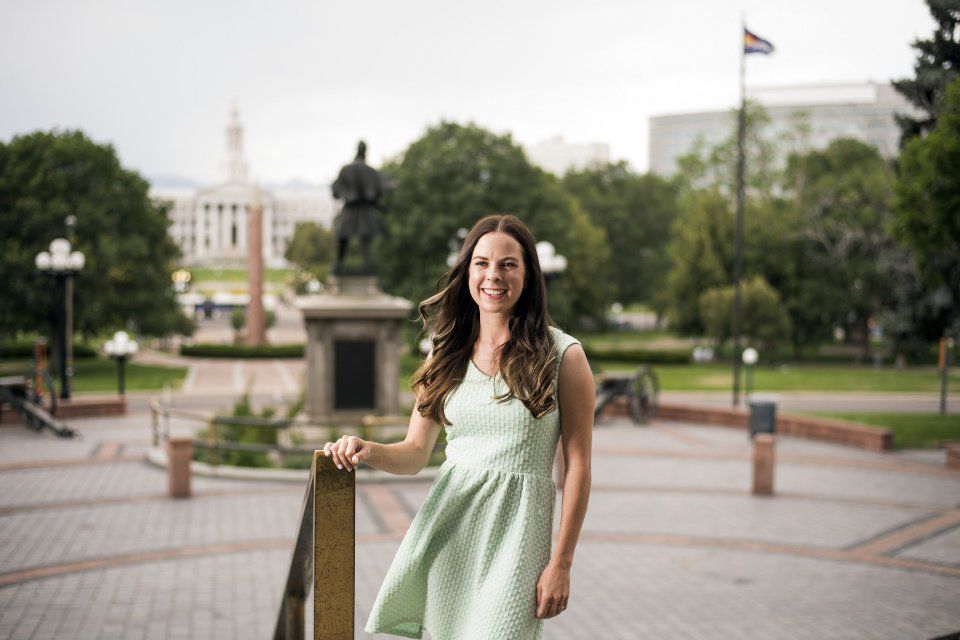 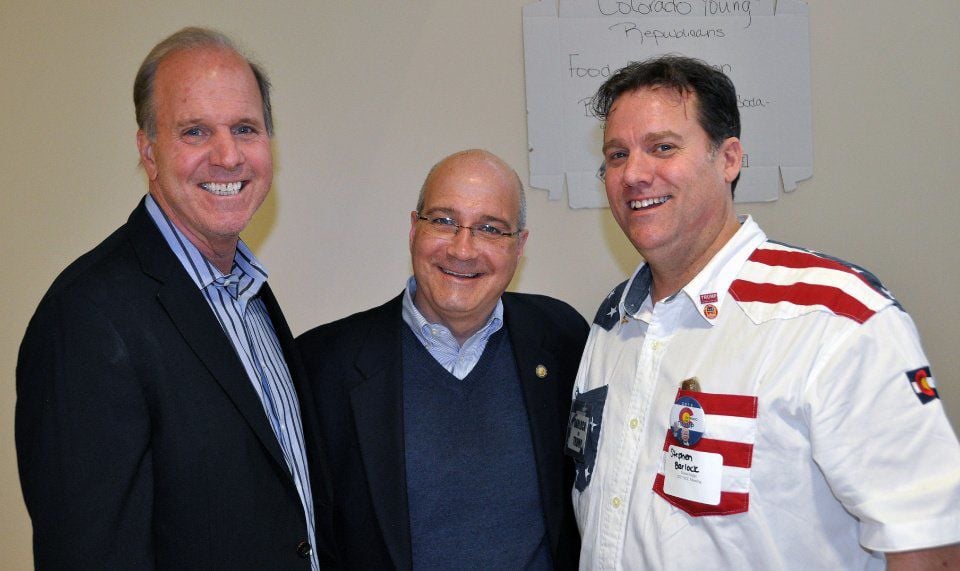 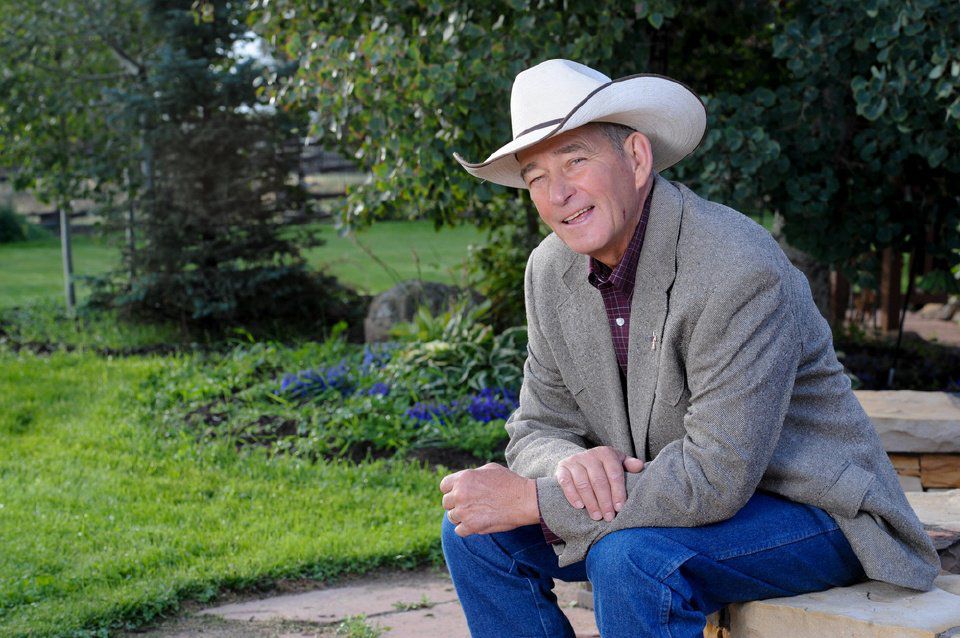 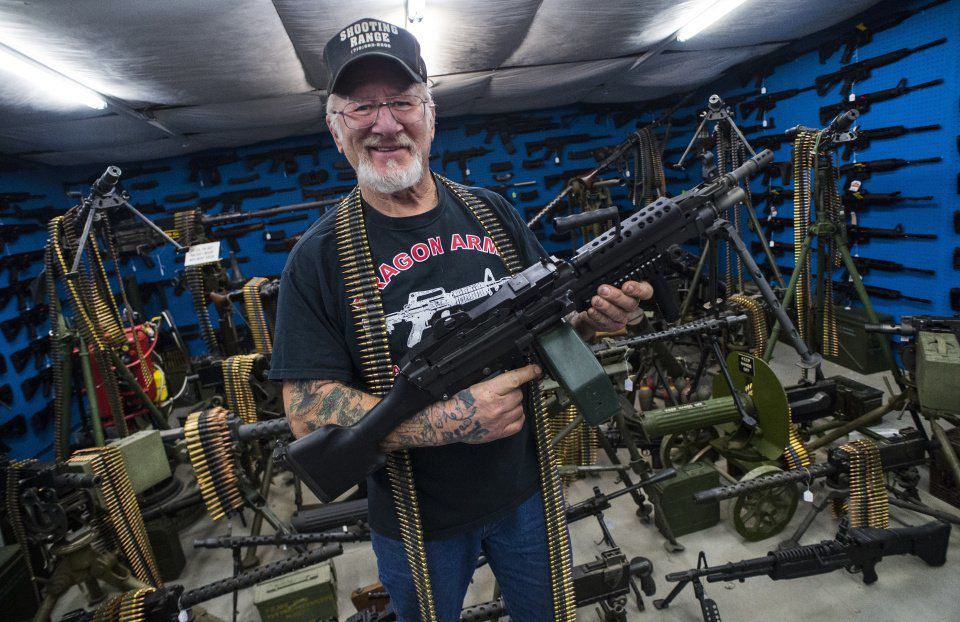 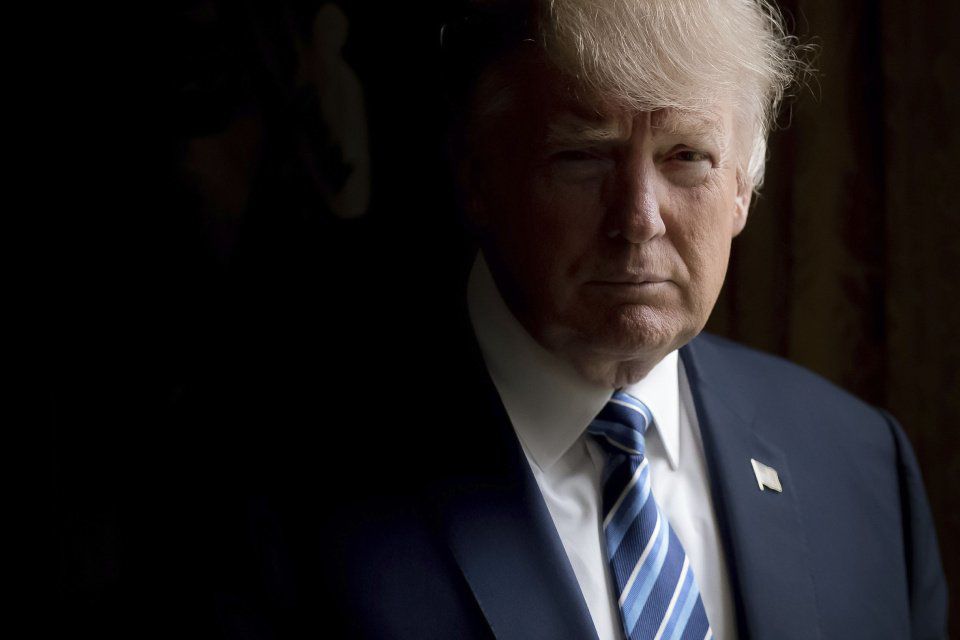 Since taking up residency in the White House six months ago, the first family has taken on political wounds over their potential involvement with Russian operatives, a shaky health care overhaul and campaign promises that have yet to materialize, including a border wall paid for by Mexico and locking up his opponent, Hillary Clinton, over her use of a private email server as secretary of State.

Trump was never more popular than Clinton in Colorado, though he closed a double-digit gap in the polls by campaigning consistently in the state the last six weeks. Clinton won the state by 5 percentage points in November.

Colorado supporters, meanwhile, say they are focused on what they see as the president's accomplishments, not the "modern presidential" tweets, the investigations or the size of the inaugural crowd. After all, such regular eruptions mattered little to them in the primary.

Erin Behrens, the 29-year-old mother of three from Arvada who organized a raucous rally on the Capitol steps in Denver last year, after Trump got none of the Colorado delegates to the Republican National Convention and was vocal in his complaints. Instead, all the delegates were awarded to Texas Sen. Ted Cruz.

Her Twitter profile includes the hashtag #CNNisISIS, a reference to Trump's animus toward the cable news outlet, and she recently called out the six Republicans currently in the race for Colorado governor after a Denver Post story said all of them generally supported same-sex marriages.

"I expected Trump to be a conservative president and conserve our laws, culture and values," Behrens told Colorado Politics. "To my surprise, he has done much better than simply conserving the status quo. In only a few short months, he has retaken ground that was lost under (President Barack) Obama and so-called conservative presidents of the past."

She lauded Trump's rollback of Deferred Action for Parents of Americans and Lawful Permanent Residents, expansion of immigration enforcement and the appointment of Denver's Neil Gorsuch to the U.S. Supreme Court.

Behrens called Trump's work to repeal the Johnson Amendment, which bars religious organizations from supporting political candidates, "a historic move that, if successful, will solidly elevate him as a more effective and courageous leader than Ronald Reagan."

Asked if she has any second thoughts on Trump now, Behrens laughed. "Nope," she said.

Colorado Politics checked in with several of the president's notable campaign supporters in the state to gauge their opinions after Trump's first half-year. Almost without exception, they remain robustly in favor.

A recent ABC News/Washington Post poll showed the president's approval rating at 36 percent nationwide - the least popular president after the first six months in office in at least 70 years. Presidents Obama and George W. Bush were both at 59 percent at this juncture.

After the recent release of emails to and from Donald Trump Jr. showing a willingness to meet with a Kremlin-connected lawyer offering damaging information on Hillary Clinton, 55 percent of Republicans polled didn't think there was illicit meddling, much less collusion.

'Put under a microscope'

A Bloomberg National Poll released the day after the ABC News/Washington Post popularity numbers, however, gave Trump higher marks for "creating jobs," with 47 percent approving, and 46 percent saying they felt good about the economy with Trump in charge.

"I'm just pleased with the fact that people are getting back to work," said Elizabeth Nelson of Pueblo. "There seems to be more of a pride in America. ... I've got total confidence that if anybody's going to get the ball moving, he will do it."

Nelson stood in a long line to hear Trump speak at the Pueblo Convention Center last October. Now she says he has fulfilled most of the campaign promises he made that day, doing more in six months than others have done in a two terms, not so subtly referring to Obama.

Nelson is enamored of the billionaire's success in business.

"It seems to me like the American people haven't had an example to see, this is how success happens," Nelson said.

She said Hillary Clinton was too supportive of entitlement programs.

"Somebody coming and telling you, 'I'm going to make it better for you, you don't have to do nothing, and we're going to give you, give you, give you' - I'm sorry, you're not doing anything but retarding the people," Nelson said of Clinton's platform.

Nelson has continued to grow frustrated with media, suggesting that outlets are providing a "distraction" by focusing on controversies between the Trump administration and Russia.

"You have to listen to 25 stories to find out what the truth was ," Nelson said. "Why all of a sudden is every word he says put under a microscope?"

Mel "Dragon Man" Bernstein is somewhat of a celebrity in Colorado Springs, with his fire-spitting dragon motorcycle and 260-acre home that boasts a shooting range, military museum and gun shop that sells high-powered rifles.

You could say he's a strong Trump supporter.

It's six months into the Trump presidency, and for Bernstein, the honeymoon continues.

The Trump administration's most important accomplishments to date, in Dragon Man's estimation: dropping a Massive Ordnance Air Blast Bomb, or "mother of all bombs," on ISIS targets in Afghanistan, and making "everybody happy, proud to be an American."

"Everything is going good," Bernstein said. "I'm real happy with Trump. He's going to make a difference. He has already."

Bernstein is a big fan of "beautiful" Melania, too.

"I love watching her on TV," he said of the first lady.

From a business perspective, Bernstein has every reason to be less than thrilled with Trump. Business boomed, he said, shortly before the election, when gun rights advocates were fearful that voters would elect Hillary Clinton, who would manage to do away with high-powered assault rifles.

"But the shooting range is always busy, he added.

"I'm not impressed entirely right now," she said. "I do feel like there's a learning curve (for Trump), and I'm hopeful. But I'm not as ecstatic as my dad."

Does the difference in politics cause a rift between father and daughter?

"I kind of feel like I empathize with Ivanka a lot," she said. "I feel like she doesn't always agree with her father, but she's always going to stand by him."

Jeff Hunt, the director of the conservative Centennial Institute at Colorado Christian University, was a notable endorsement for Trump at a critical time last year, as the then-candidate sought help with conservatives and evangelicals.

Hunt told the Colorado Springs Gazette at the time, "I like the fact that evangelicals wrestle with Trump. I think it's a very good sign that we take character very seriously and we don't just fall in line quickly."

And the political circus at the White House?

"I'm still waiting to see some evidence of a crime or an actual indictment," Hunt said. "A lot of it just seems like Washington, D.C., posturing."

To most Trump voters, he speculated, the Russia stuff is "out in the weeds."

'We are loyal to our president'

Steve Barlock is still such a big Trump fan that he wants to give every Colorado voter the chance to cast another ballot for Trump next year. That's why the co-chair of the Denver Trump campaign announced on the Fourth of July he's running for governor - nominally on the Republican ticket, although he could as well be running on the Trump ticket.

"Part of my run for governor is to ensure that Colorado is able to vote for Donald Trump in the next election," the Denver real estate and art salesman told Colorado Politics. "They know I'm the only Trump guy."

There's nothing new about that.

"I support Donald Trump 100 percent," Barlock said. "I will be the only candidate who has supported Donald Trump since he walked down the escalator and before."

Barlock was known during the campaign for his unshakable Trump zeal as much as his colorful flag shirts. While he's trimmed his hair and even shows up in a suit now and then, there's no mistaking the avid Trump backer. All last year, his support was constant, even as "the Democrats and the Never Trump movement" - the two shared a phrase every time Barlock talked about Trump's foes - threw up obstacle after obstacle.

"Some had their doubts," he said. "It was my job to reassure them, 'Don't worry, we have a plan, we still know the people will do what's right.'

"Like he said, he could shoot somebody on the street, and we'd still be 100 percent behind him."

He only let that linger an instant.

"That was a complete metaphor that got blown way out, but it's completely true. In Colorado we are loyal to our president."

The Republican from Ignacio first supported Ted Cruz, but once Trump became the nominee, Brown saw him as the "lesser of two evils" with Clinton.

But Brown has no regrets.

"No one's perfect, and he's certainly not perfect. ... But we've got a good Supreme Court justice," he said, referring to Gorsuch. "That's probably enough for me to support him for a lifetime."

Brown is also pleased with several of Trump's Cabinet appointments, including EPA Administrator Scott Pruitt, who announced that the administration will repeal the Obama-era Waters of the United States rule, which clarified regulatory authority under the Clean Water Act to protect streams and wetlands. As a rancher, Brown found the rule to be onerous.

"I might handle things differently," Brown said of Trump's style. "But I'm not in the position that the president is, and I'm not going to criticize that. I think all in all, he's done a great job."