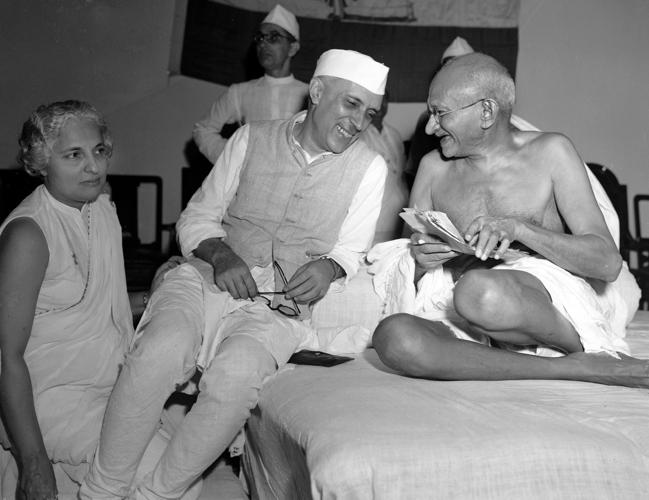 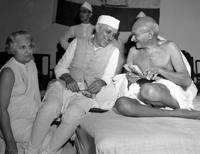 Mahatma Gandhi is seen with Jawaharlal Nehru in 1946. 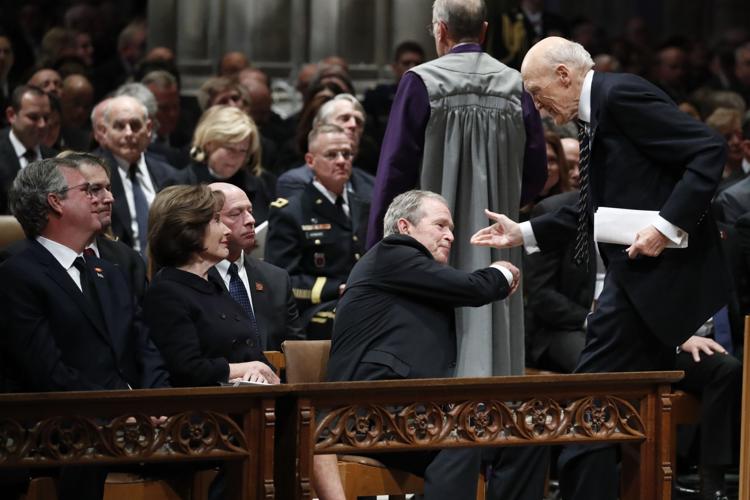 New scholarship I’ve been reading lately about Mahatma Gandhi revealed some important history I had never known that is particularly relevant on Father’s Day.

His famous Salt March and other long walks across India to campaign for independence left his feet so badly calloused that he had to spend weeks in bed afterward nursed by his children. Their task was made more difficult by his poor diet in his later days, which apparently made his breath incredibly bad.

You might say that he was a super-calloused fragile mystic hexed by halitosis.

Looking for a last-minute Father's Day present for the adventurous dad in your life? Gift him an experience

Yes, I'm afraid I must offer up this as a prime example — one of my favorites actually — of the art form known as the Dad Joke, a joke so ridiculously bad and juvenile it leaves your children rolling their eyes with embarrassment.

You know that a dad joke has succeeded when the shaking of heads is so vigorous that your children actually end up laughing after all — at what an utter fool they have for a father.

That, my friends, is high achievement, indeed.

There comes a point in a dad’s life when he realizes he is so far past cool and cultural relevance to his Fortnite/Instagram/TikTok-savvy kids, that he doesn’t even have to try anymore. He can revel in his plaid shorts with huge cargo pockets, high tube socks and camo Meatloaf T-Shirt and tell the very worst jokes imaginable.

That's because it is already assumed whatever comes out of his mouth will be so politically incorrect, arcane, third-grade and absurd that it’s something his children actually rely on, one of the few truly consistent things in their lives. And there is something to be said for the rock of consistently bad humor to build your foundation on.

On Father’s Day, then, I think it is high time we celebrate the bedrock of bad jokes that our modern children so clearly need in their lives.

When I’m on a roll, I tell a lot of elevator jokes, for instance, because they work on many levels.

How can you tell a dad joke from a regular joke? It’s pretty apparent, is all I can say.

To wit: What did Tennessee? The same thing Arkansas.

Why do melons have weddings? Because they cantaloupe.

Do mascara and lipstick ever argue? Sure, but then they makeup.

Of course there are some men who tell dad jokes even though they don’t have kids. We call that guy a faux pa.

As you can see, I’m merely an amateur at dad jokes.

My father was an early expert practitioner, before the genre was even identified, specializing in the lowest form of humor, the pun.

I asked him recently why he so loved puns, and all he could say was that it was pun-intentional.

Met up today with my proctologist buddies, he told me once after school. With friends like that, who needs enemas?

He would often pick up a banana and hold it to his ear and say, "Yellow!" And we would all laugh uproariously. I’m still not sure why.

When I got my first Velcro sneakers instead of shoelaces, I clearly remember his reaction. “Why knot!”

Not only was I raised in a healthy cesspool of bad dad jokes, I have been lucky enough in my days to meet the supreme master, overlord and Crown Prince of dad jokes.

And that man is former Sen. Al Simpson of Wyoming. The man could tell the worst good jokes on Earth for hours, and have his kids and all of us hanging out with his kids — as well as senators, journalists and lobbyists — splitting our spleens over jokes that had to be 100 years old if they were a day.

”Passing the graveyard, dad would always say, ‘People are dying to get in there,” Simpson’s son Colin told me.

“When’s the last time you used profanity,” a Washington interviewer once asked Simpson.

“What kind of a stupid damn question is that?” he asked.

His best humor was aimed at Washington, of course.

“It would certainly slow the aging process if it had to work its way through Congress,” he liked to say, often adding:

"Those that travel the high road of humility in Washington, D.C., are not bothered by heavy traffic.”

But Simpson, it must be said, took his humor seriously.

“My mother taught me that humor is the universal solvent against the abrasive elements of life,” Simpson told me. He said something similar during a moving tribute during George H.W. Bush’s funeral, adding that “hatred corrodes the container it's carried in.”

Politics is a barbaric business, he once said to me, and the only way to survive it and make the gears of Washington truly mesh is being able to share a laugh or poke fun at yourself.

“With humor, you can open the door, drive a truck through the building and out the other side, and sometimes they'll walk away and say, oh, I didn't realize that's what he said,” he once remarked. “Then they're irritated at night when they wake up and think, God, he ran a whizzer past me because he used humor, but it works. It works. It has to work.”

Simpson believed deeply in humor. If we follow his lead, well then dad jokes, which are just jokes by another name, they might not just save our children, they just might save the world.

It might be that all we need in Congress is better dad jokes to provide the lubricant to get us back to a place where we’re actually getting something done as a country. Or worse jokes, for that matter. Or any jokes.

But I gotta admit, in the long run, I’m an optimist. I say that because I recently got a glimpse of the future, and saw hope there, when my very own 20-year-old son actually thanked me for all the years of bad dad jokes he’s had to endure.

“Hey, dad, sincerely, thanks for the really bad jokes jokes over the years,” he said with an over-serious look on his face the other day. ”Now I feel all groan up.”

A Father's Day story: The Eds and their long journey from a gridiron tragedy

In the secluded corner booth of a family restaurant, a man sings for his father.