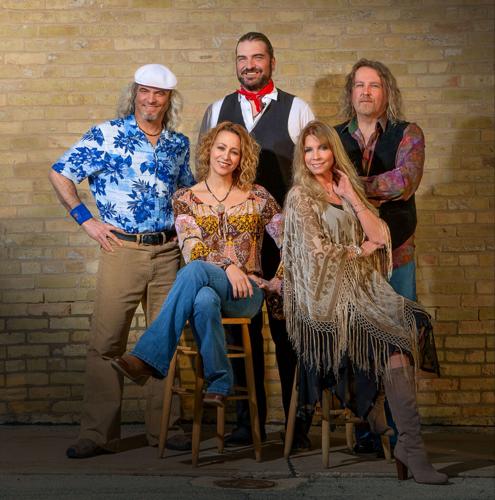 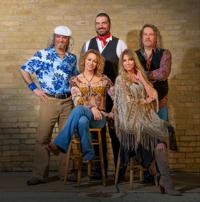 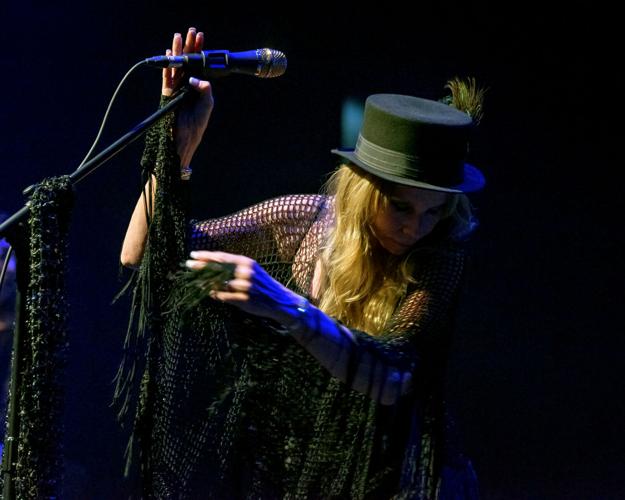 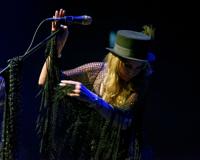 When it comes to bands with volatile relationships, Fleetwood Mac certainly makes the short list.

While the Grammy Award-winning rock band was busy pushing out hit song after hit song, such as “Landslide,” “Rhiannon” and “Over My Head,” they also were deep in the throes of drama, in no small part due to guitarist and singer Lindsey Buckingham and singer Stevie Nicks’ contentious romance that eventually led to Buckingham’s departure.

The band’s history can make it challenging for Scott McDonald and Kathy Phillips, members of Tusk, a longtime Fleetwood Mac tribute band, when they channel the fraught relationship between their famous counterparts for audiences.

“Once in a while, Kathy and I do the drama, but we’re such good friends it’s hard to be angry like they were,” McDonald said. “We’re happily the antithesis of the way they were.”

Tusk will perform Friday at Stargazers Theatre and Event Center.

The roots of the New Jersey band run deep — McDonald and drummer Tom Nelson met when they were 5 and played in Little League together. The other members go back to the ’90s, when they orbited each other in their individual music careers, often playing on each other’s records.

Tusk came together almost two decades ago, when a mutual friend suggested they put together a Fleetwood Mac tribute band, as they were each separately doing songs by the band they loved. Their moniker came from the group’s 1979 double album of the same name, and they decided to home in on the years of 1975 to 1980, during which Fleetwood Mac also released the 1975 album “Fleetwood Mac.” It hit No. 1 on the charts and introduced the popular song “Say You Love Me,” among others. It was followed by the Grammy Award-winning 1977 album “Rumours,” which spawned the No. 1 hits “Go Your Own Way,” “Dreams,” “Don’t Stop” and “You Make Loving Fun.”

“That period was really great for them,” McDonald said. “The first two albums were like a collection of greatest hits for them. Then they went off in avant-garde directions. But their songwriting and the way they sang — it was an exciting period.”

Dining review: A visit to Greece via Springs' Greek Cafe

The tribute show features era-appropriate clothing, with videos and movies playing behind the band. Phillips does a mean Nicks, McDonald said, and they tell stories on stage, spilling dirt on the histories behind some of the songs.

“They’re from that California sound in the ’70s, when everything was exploding at that time, in terms of classic rock,” McDonald said. “They were unique in the male and female dynamic in the band. It gave them broad appeal. You’d get everything from a beautiful ballad to midtempo pop songs to hard rock. Their music seems timeless.”

It’s shaping up to be a grand time at the City Auditorium.