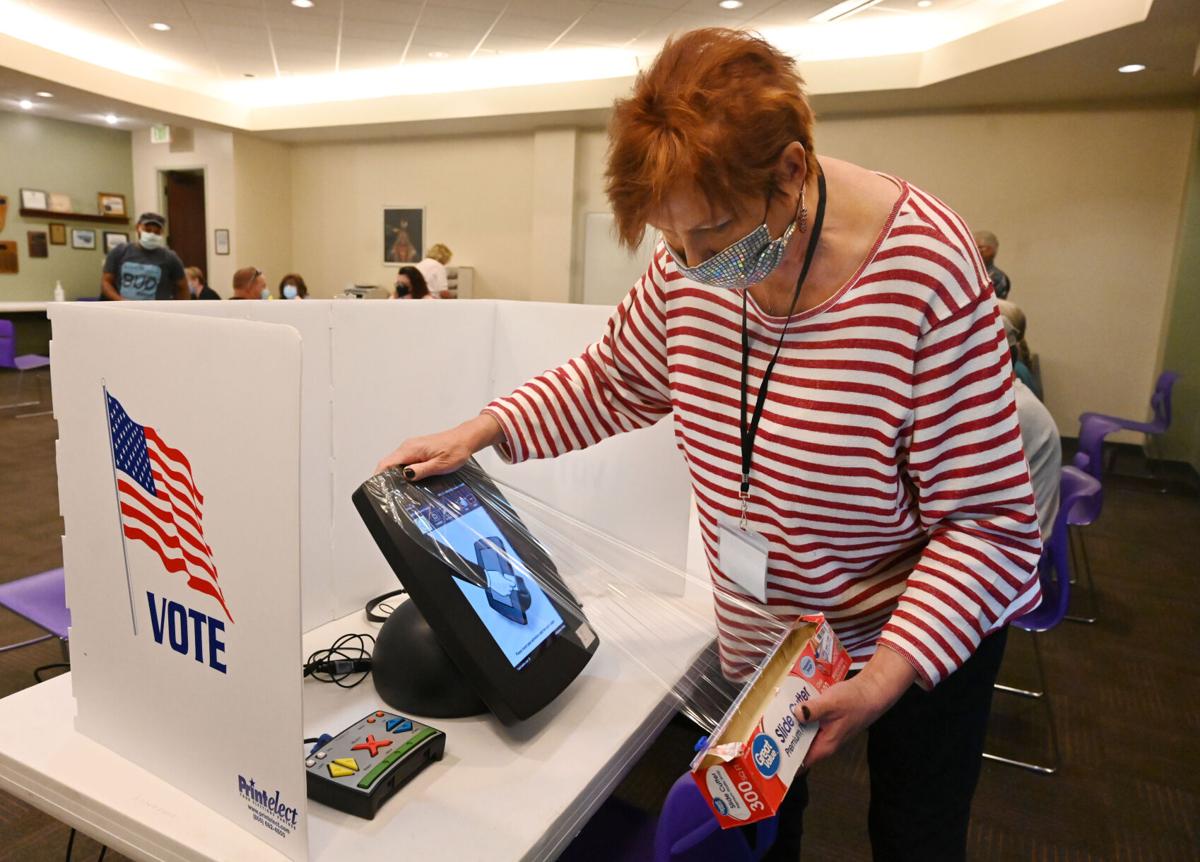 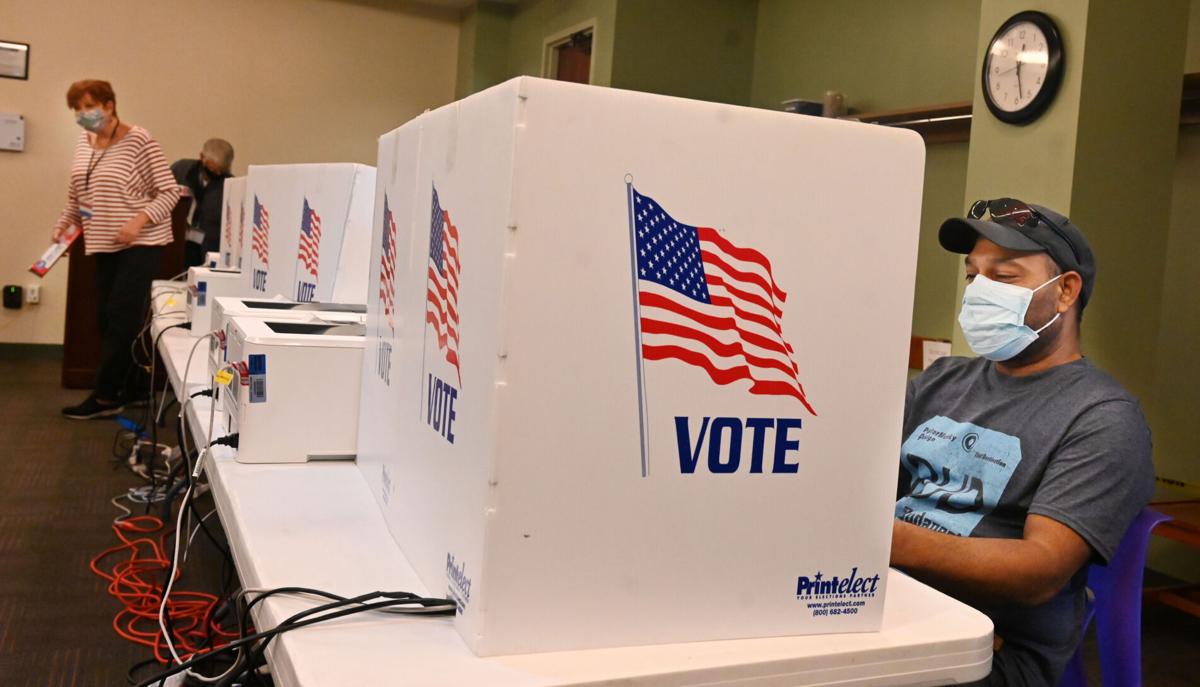 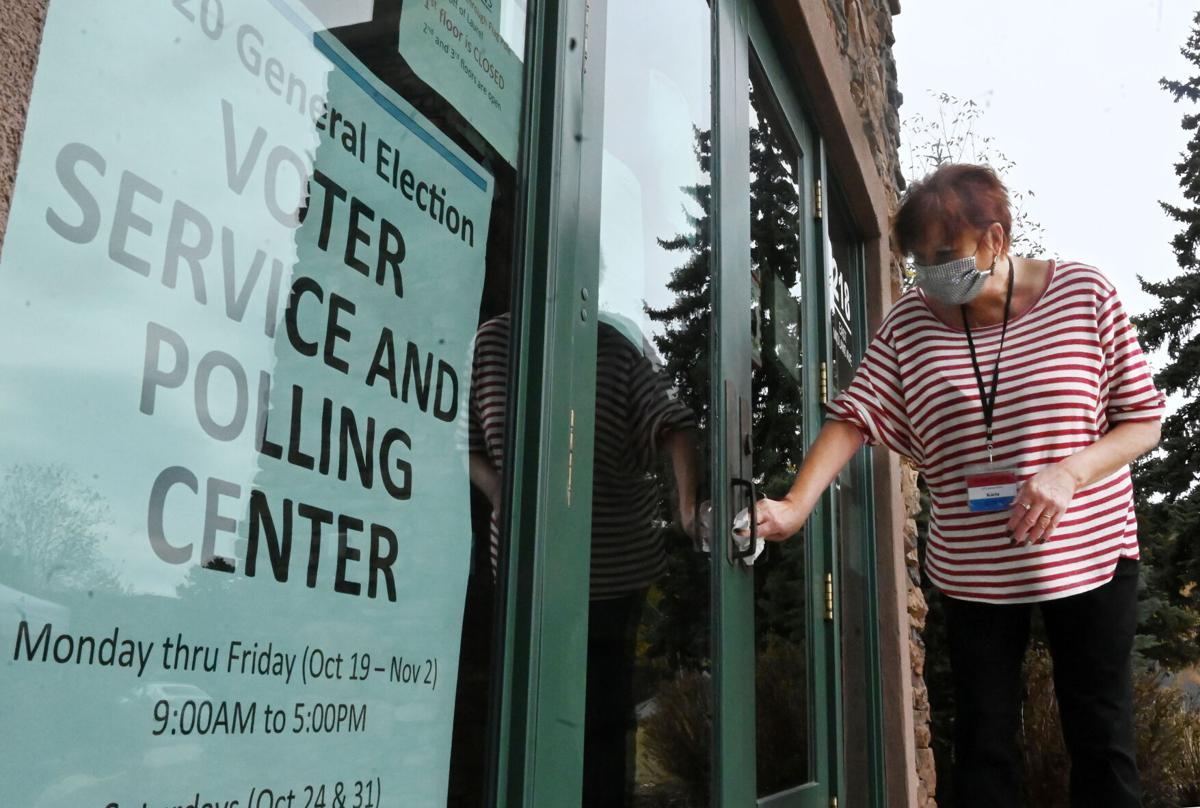 “We’re seeing a sharp increase of people wanting to vote in person,” Clerk and Recorder Chuck Broerman said. “We’ve had a significant number more than we’ve had in other years — several hundred people when we usually get 30 to 60 people.”

Seven additional voter centers opened this week, another 14 will come online next week, and by Nov. 2, a total of 35 will be open across El Paso County. The deadline to vote or return a ballot is 7 p.m. Nov. 3.

Demand for in-person voting also is high in Teller County, Clerk and Recorder Krystal Brown said. One vote center opened Monday, with 280 people dropping off ballots and 88 people casting their votes in person, she said.

“We’re a pro at what we do, but with all the media, voters are nervous,” Brown said. “It’s understandable — but this is not new for us.”

While the pandemic is forcing many states to conduct mail-in elections for the first time this year, Colorado has operated under the current mail-in ballot system since 2013 and has held 12 elections during that time.

“We’re the gold standard across the nation,” Broerman said. “Our vote-by-mail system is the most secure, transparent and accurate system in the country.”

That still doesn’t alleviate the fears for some voters, including Jodi Moss, who cast her ballot in person Tuesday.

“I don’t trust the mail-in ballots,” she said while leaving a polling center. “I really do think there’s a lot of people that aren’t trustworthy. You’ve seen it in the past, where people’s ballots get thrown away. I don’t want that to happen to mine.”

Because ballots have been mailed to every registered voter in Colorado, Broerman said the centers are primarily meant for people who want to register to vote, who moved and need to change their address, who mismarked their ballot and want a replacement, or who are disabled and need handicapped-accessible voting.

“There’s no difference in the voter experience,” he said, whether voters go to a center or mark this year’s lengthy ballot at home, stick it in the provided envelope, sign the envelope and return it either in a mailbox or to a ballot drop-box.

Bipartisan teams work every step of the process, Brown said, including delivering ballots from drop boxes to the election headquarters at the county clerk and recorder’s main office to be processed and tallied. And the ballot dropboxes have 24-hour video surveillance, she said.

Voter Gail Vetter said she trusts the system either way and returned her ballot by mail.

“Politics is politics,” she said. “It’s questionable at times.”

Voting in person is a tradition for some people, including Kevin Manning, who said he’s been doing it that way for decades and doesn’t plan to stop now.

“It’s important to me that I show up to vote,” he said. “It feels more patriotic.”

Voter Eric Peterson said he doesn’t have anything against mail-in voting; he likes to vote in person because voting is a personal thing.

Despite pandemic, El Paso County sees flood of applicants to be election judges

Colorado implemented a new online and social media initiative Secretary of State Jena Griswold announced on Tuesday, to “combat foreign influence operations” leading up to the election to “help voters identify foreign misinformation” and not spread it.

“Foreign adversaries are conducting influence operations to try to undermine Americans’ confidence in the electoral process, and states must act,” she said in a news release. “It’s important that voters have accurate election information.”

Nearly 925,000 ballots had been returned as of Tuesday, according to Griswold.

Even though workers are wiping down every voting station, requiring social distancing and encouraging voters to wear facial coverings, it’s likely safer to fill out the ballot at home, Broerman said.

It takes time to check in at a center, and wait for a turn to vote, which some people spend up to 20 minutes doing, he said.

“We want voters to have positive voter experiences, and we want to save voters from standing in line, especially on the last day,” Broerman said. “That’s our goal.”

Brown urges anyone wanting to vote in person to not wait until Election Day, Nov. 3.

In the first few days of returns, more than 300,000 ballots have been received by election officials, nearly 24 times the number received at the same point on the last presidential election calendar, when just over 12,000 ballots had made it back, Secretary of State Jena Griswold said Thursday.