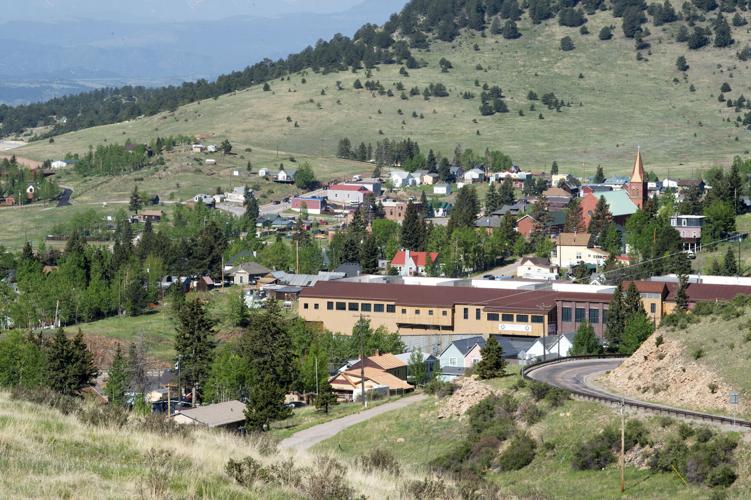 The town of Cripple Creek.

FILE - An employee at the Good Leaf Dispensary measures out marijuana for a customer on the reservation Mohawks call Akwesasne, Monday, March 14, 2022. in St. Regis, N.Y.

The town of Cripple Creek.

FILE - An employee at the Good Leaf Dispensary measures out marijuana for a customer on the reservation Mohawks call Akwesasne, Monday, March 14, 2022. in St. Regis, N.Y.

Unofficial voting results last posted on the Colorado secretary of state's website just after 3 p.m. Wednesday showed the question that would allow retail marijuana shops to open was passing with 244 votes to 169 against. The question also was tied to additional taxes and fees that must be approved for new shops to open, which was passing with 218 votes to 193 votes against.

Votes in favor of both initiatives were steadily gaining throughout the day on Wednesday after the question was too close to call Tuesday night.

The Cripple Creek Casino Association backed the legalization of retail pot sales in Cripple Creek to help boost and diversify the city's revenue so it wouldn't have to rely so heavily on its casinos, Kyle Blakely, a spokesman for the campaign, has previously said. Cripple Creek's budget depends heavily on revenue from tourism and its casinos, and money from gaming device fees hasn't rebounded back to pre-pandemic levels, even though the City Council increased device fees in April.

Opponents of legalizing recreational marijuana in Cripple Creek have said the city is too small to address the emergency, law enforcement and public health needs they say would follow if voters approved the measure.

If voters in the small gold-mining and casino community of around 1,200 residents approve the initiative, Cripple Creek would be the first Teller County municipality to allow marijuana sales.

Meanwhile, voters in Colorado Springs rejected recreational marijuana and Palmer Lake approved it, according to the latest unofficial results.

Voters rejected recreational marijuana sales in Colorado Springs, allowed them in Palmer Lake and it was too close to call in Cripple Creek, i…