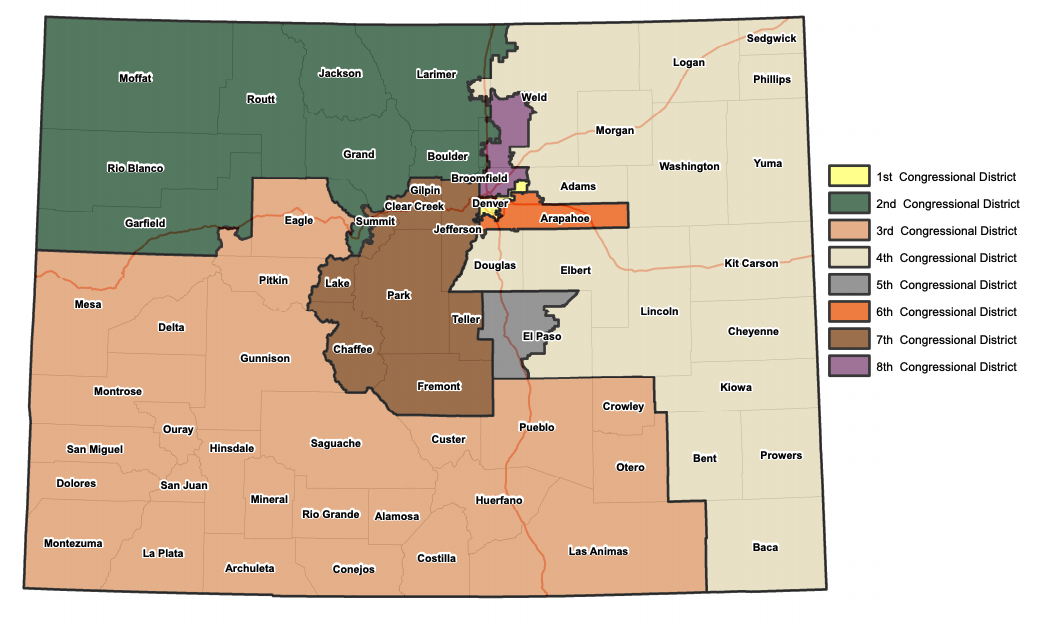 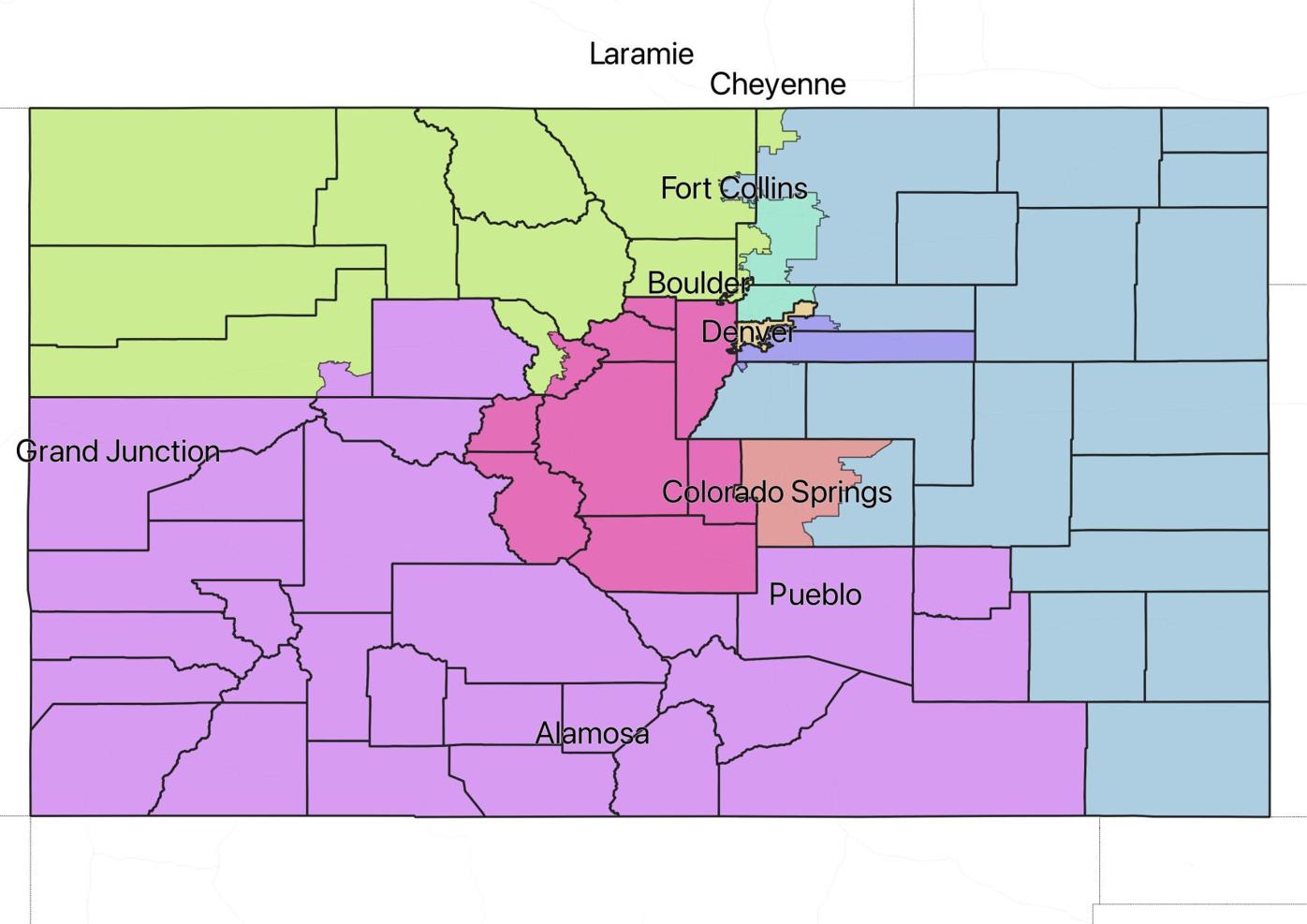 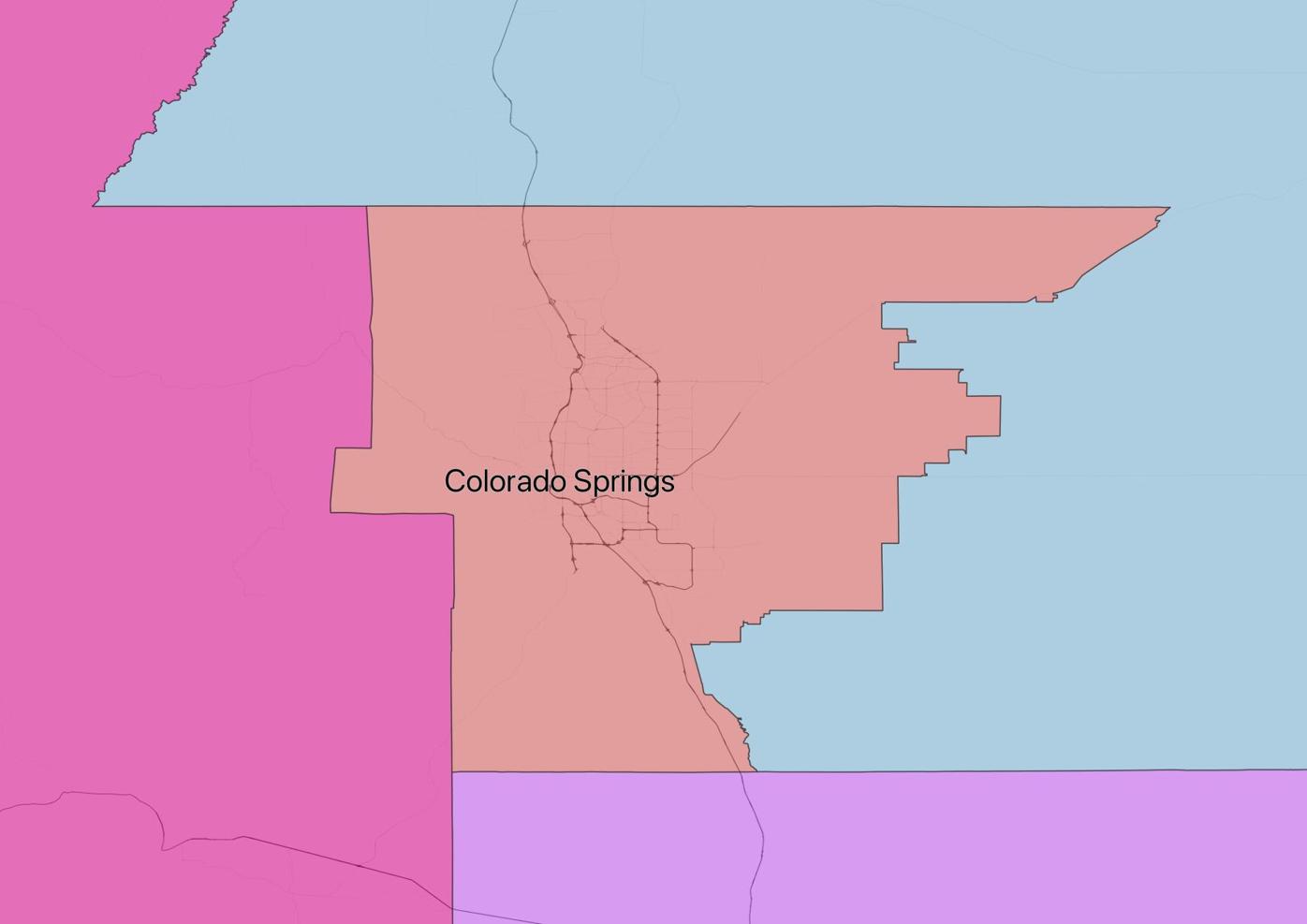 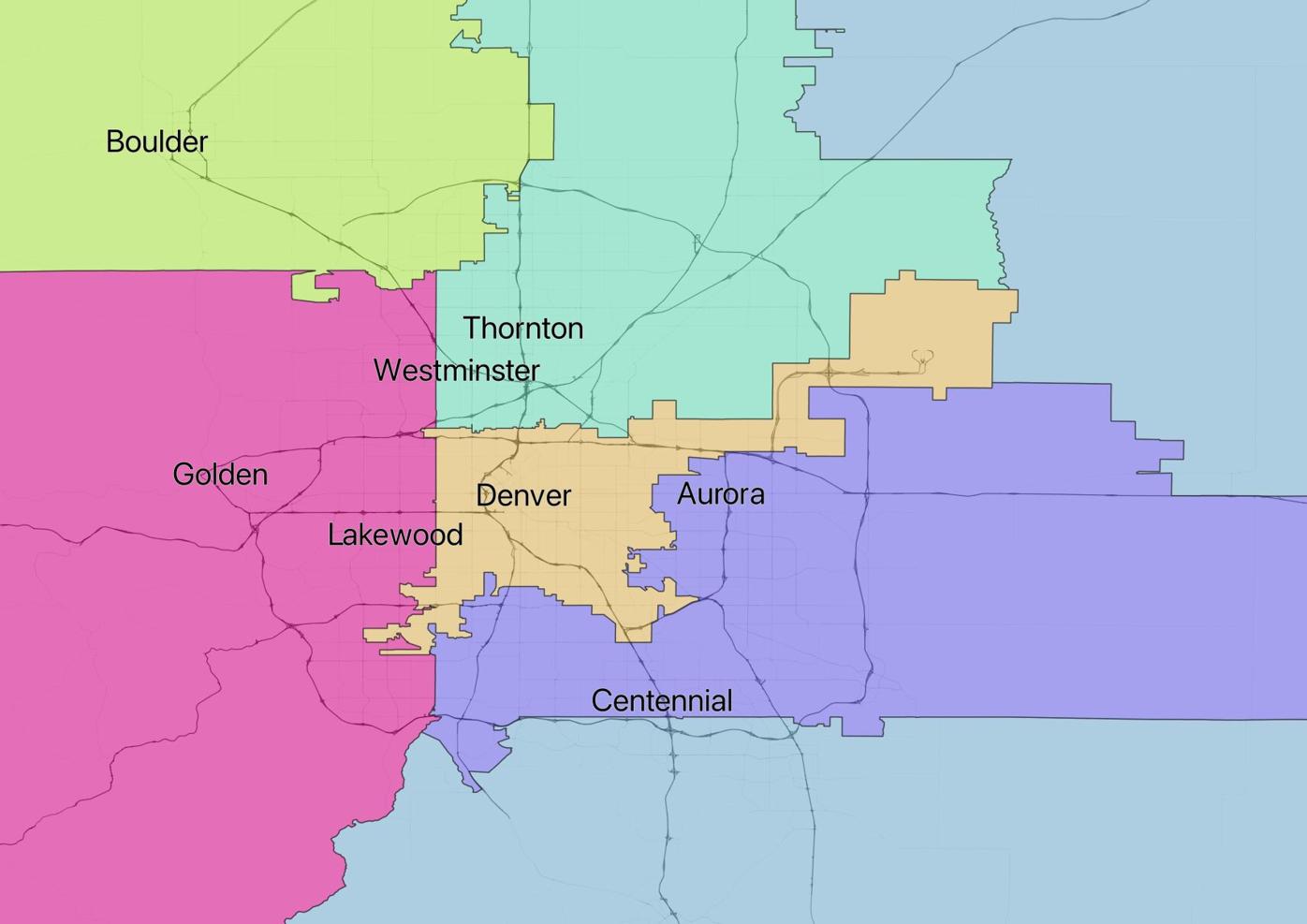 The new draft congressional map incorporates the "southern district" concept, built around the idea of empowering rural Hispanic and Native American Coloradans, after several organizations criticized the preliminary draft map, released in June, because of how it handled minority communities.

The new configuration differs significantly from the preliminary draft map. Instead of dividing the state's expansive, but sparsely populated rural areas into one large eastern rural district and one large western rural district, the prioritized southern district means the rural population of the state is divided into three districts, each of which also have some urban areas to balance their populations.

The state's political peanut gallery was quick with reactions.

“The Latino community grew larger in Colorado in the latest Census, and these latest commission maps reflect that fact," Gonzales said. "I am glad to see that the commission is being responsive to the testimonies from Coloradans who took the time to share their feedback and perspectives. I encourage Coloradans to continue offering their thoughts at the upcoming meetings, because your participation will help ensure that these maps are fair.”

"Many Coloradans, particularly rural Coloradans, will be shocked by this map. It fundamentally changes the preliminary congressional map on which commissioners held 36 hearings. Instead of two rural districts, it now draws just one. It divides the Western Slope," Philp wrote in an email, pointing out that the "southern district" concept was supported in a vote this week by 7 of the 12 commissioners. "All that said, staff did an excellent job of taking lemons and making lemonade. They created two highly competitive districts, one of which, CD 8, is a strong Hispanic influence district. This process has several weeks to go, and it’s likely the maps will change again."

"This map creates open seats in two districts and, while it’s not finalized, it's a reasonable start that shows the nonpartisan staff was listening critically to more than 100 hours of testimony from three dozen public hearings," Hubbard said.

Marco Dorado, Colorado state director of All on the Line, an affiliate of the national Democratic Party's redistricting committee, said he hadn't had a chance to dig deep into the map and accompanying data yet but thought it was clear that commission staff was intentional incorporating feedback from the public input hearings across the state this summer.

"They are making sure the Latino community of interest and the environmental community of interest are (each) kept in one district. And when you see this southern Colorado district, it's clear they took very seriously not only the feedback they got in the public hearing period but some of the dialogue and some of the discussion that took place during the commission meetings," Dorado said. "The commission staff was very thoughtful in incorporating the wishes of the public in this first attempt of capturing what they got during the spring and summer public comment periods."

Kyle Kohli, Compass Colorado's executive director and a former communications director for the State GOP, wasn't impressed with the map.

"If Democrats are happy about this map, it demonstrates they couldn’t care less about gerrymandering," he said in a text message, pointing specifically to the redrawn 2nd Congressional District.

"This rendering of the southern Colorado district creates a very contorted map," Kohli added. "This makes Colorado look like Illinois."

Dick Wadhams, a veteran strategist and former chairman of the Colorado GOP, also had a strong initial reaction to the map.

David Pourshoushtari, communications director for the Colorado Democratic Party, stressed that the process is still playing out and that hearing from the public will continue to be an important part of the process.

“While it’s important to note that this map is another step of this important process, it would seem the nonpartisan staff listened to the call of Coloradans for fair and effective representation," Pourshoushtari said. "Colorado voters should continue to turn out to public hearings and make their voices heard so the final maps reflect the diverse population and communities of interest of our state."

The state is getting an additional eighth congressional district for the next decade, because of the state's booming population. A preliminary draft map was released in June, but it was based on 2019 survey data, because the 2020 decennial census data was delayed due to problems caused by the global coronavirus pandemic. The new map is the first since the commissioners received the official decennial census data.