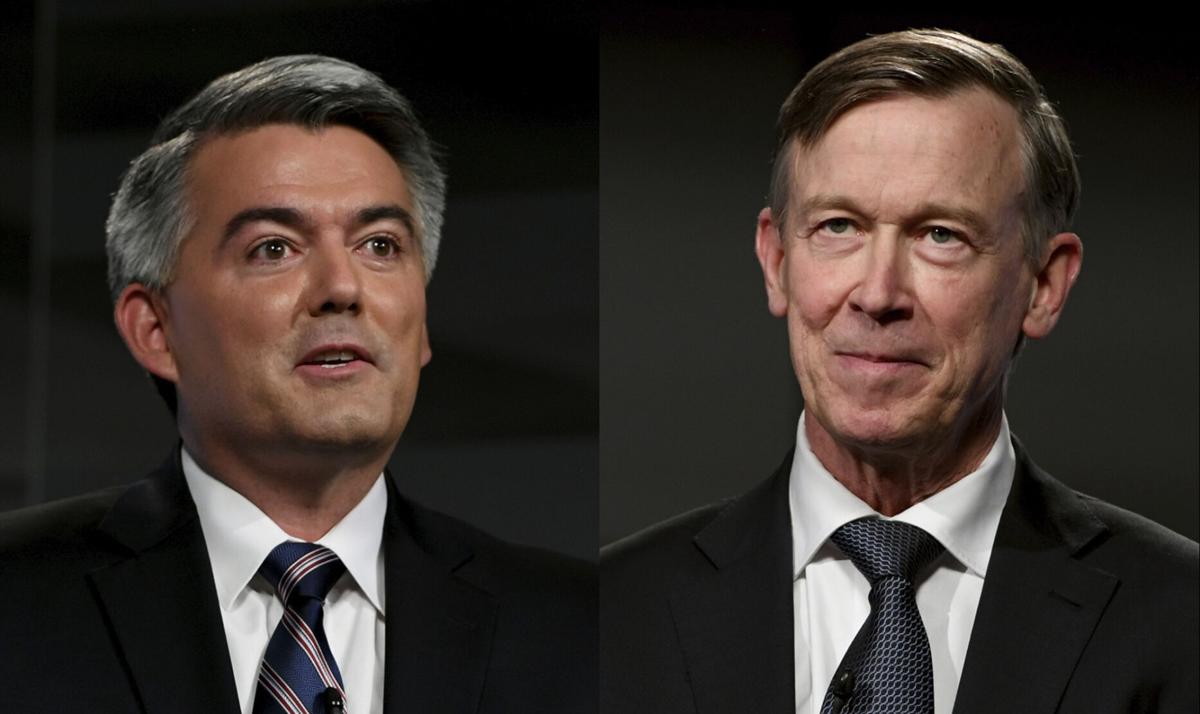 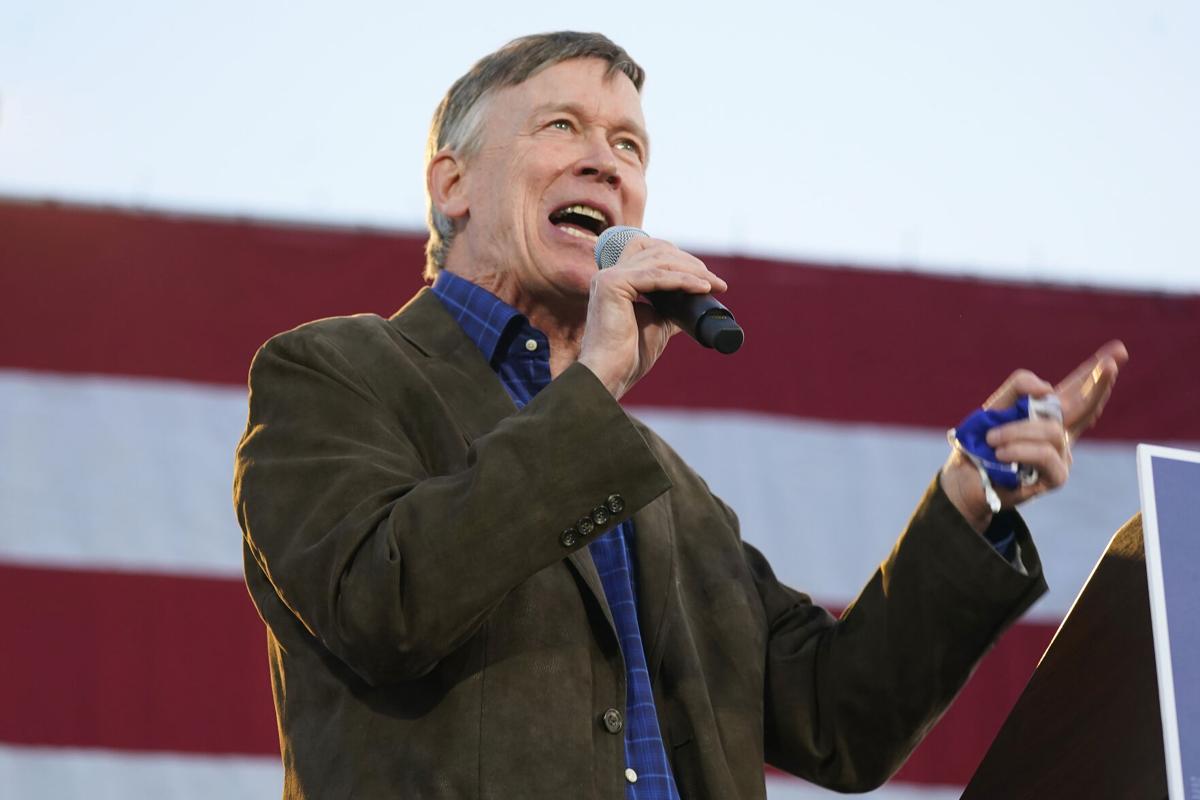 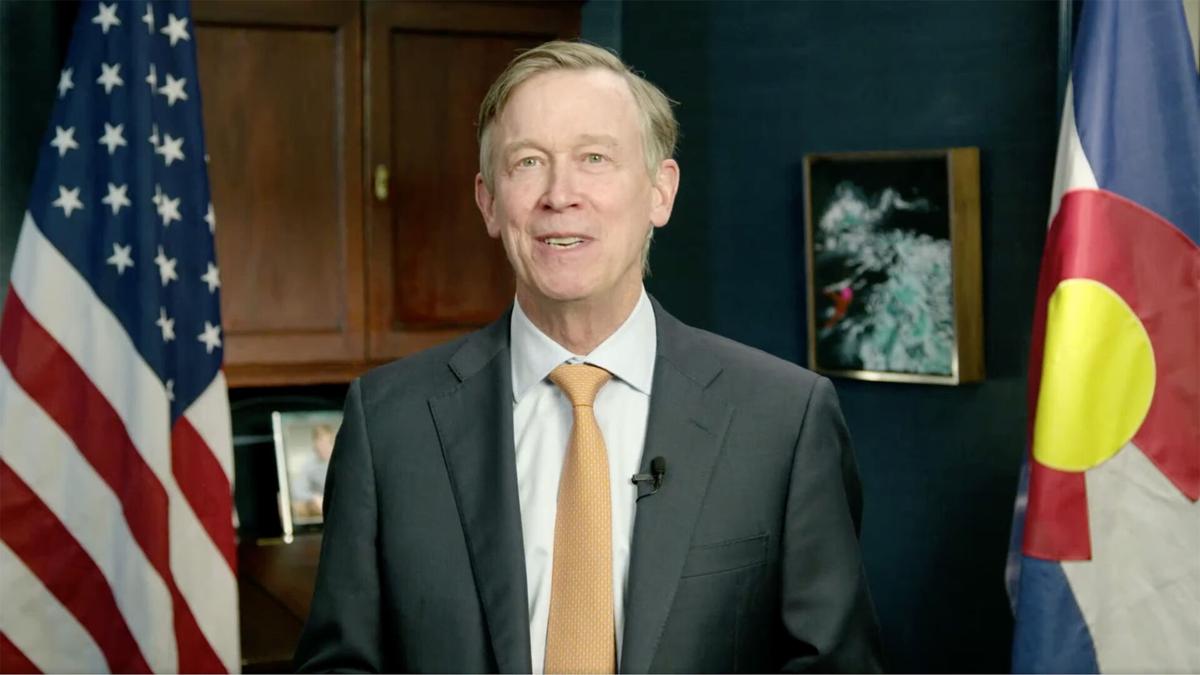 "Tonight, your message is loud and clear — it’s time to put the poisonous politics of this era behind us and come together to move forward," Hickenlooper said in a victory speech delivered online.

"We’ve got to get Washington working for everyone," he said. "Regardless of which party ends up controlling the senate, I want you to know I will work with anyone and everyone to help Coloradans. We’ve had enough of leaders in Washington thinking it was their job to only represent blue America or red America, blue Colorado or red Colorado. I’ve always believed it was my job to represent all Colorado."

The Associated Press called the race at 7:42 p.m.

Gardner's Senate seat has been among Democrats' top targets since President Donald Trump's 5-point loss in Colorado in 2016 and the state electorate's sharp turn to the left in the 2018 midterm election, leading political observers to peg Gardner as the most vulnerable Republican senator on the ballot this year.

The race is seen as key to Democrats' hopes of taking the majority in the Senate, which will require a net gain of four seats, or three seats if Joe Biden and Kamala Harris win the White House.

Hickenlooper's win was the first Democratic Senate pickup, according to the AP, which reported at 8 p.m. that other battleground races were still too close to call.

Polling has consistently shown Hickenlooper with a wide lead over Gardner, whose approval rating among Colorado voters has languished below 40% since Trump took office.

Hickenlooper, a 68-year-old former two-term mayor of Denver and two-term governor, entered politics following a successful career launching Colorado's brewpub industry after he was laid off from his job as a petroleum geologist.

The quirky, sometimes tongue-tied former bartender who described himself during a brief run for the Democratic presidential nomination as "exactly the opposite of President Trump" kept the heat on Gardner's fealty to the president.

Throughout the campaign, Hickenlooper made hay with Gardner's repeated attempts to repeal the Affordable Care Act, including support for a lawsuit backed by the Trump administration that Democrats warn could strip health care coverage from millions in the midst of a pandemic.

The 46-year-old Gardner countered by portraying himself as an independent voice with a stack of legislative accomplishments unmatched in the state's delegation, including steering landmark conservation legislation across the finish line this year and landing the temporary headquarters of the new Space Force in Colorado Springs.

Gardner and his Republican allies also poured millions of dollars into advertising attacking Hickenlooper for a pair of state gift ban violations when he was governor, as well as reminding voters that Hickenlooper protested that he wasn't cut out for the Senate when national Democrats were trying to persuade him last year to jump from the presidential primary.

Both candidates were undefeated at the ballot box going into Tuesday night with Hickenlooper's pair of mayoral wins and pair of gubernatorial wins, and Gardner's elections to the state legislature, to two terms in Congress and to the Senate seat.

Hickenlooper could become only the second challenger to unseat an incumbent senator in Colorado since the 1970s — joining Gardner, who ousted Democrat Mark Udall six years ago by a slim margin in a Republican wave year.

This year, however, it was Gardner's turn to face an angry electorate voters repelled by President Donald Trump and his Republican helpers, handing Hickenlooper and Biden commanding, double-digit wins — the widest margins for those offices in Colorado in decades.

"When my party is wrong, I'll say it," Gardner promised in a campaign ad, but Colorado voters appear to have grown increasingly skeptical after years of Gardner's attempts to brand himself a bipartisan problem-solver while simultaneously hugging Trump and his administration.

The first swing-state senator to endorse Trump's reelection bid, Gardner's fate was likely sealed — one way or the other — in February in Colorado Springs when the president welcomed him on stage at a packed campaign rally and spoke lines that have shown up in countless ads aired by Gardner's opponents.

"You are going to help us get Cory Gardner across that line because he’s been with us 100%," a beaming Trump said. "There was no waver."

The occasion was Gardner's recent vote to acquit Trump in the Senate impeachment trial on charges of pressuring a foreign leader to open an investigation into a political rival, but the Republicans' mutual admiration came to represent the senator's staunch loyalty to a president he once denounced as "a candidate whose flaws are beyond mere moral shortcomings," when he urged Trump to withdraw from the race after the "Access Hollywood" tape came to light.

At the urging of Senate Minority Leader Chuck Schumer, Hickenlooper joined more than a dozen Democrats running in the primary for Gardner's seat after abandoning his failing White House bid last summer. The move nearly cleared the field, with a handful of under-funded, more progressive candidates staying in. Only former House Speaker Andrew Romanoff made it to the June primary, running at Hickenlooper from the left, possibly inoculating the former governor from charges he was too liberal for the state he'd carried twice.

After launching his campaign 14 months ago, Hickenlooper out-raised Gardner in every reporting period, but the incumbent kept a cash advantage until the most recent quarter, ending Sept. 30, when Hickenlooper posted a jaw-dropping $22.5 million in receipts. The total was more than four times the previous record for a Senate candidate's fundraising, set in the previous quarter by Hickenlooper.

Perhaps anticipating that the Democrats would challenge Trump by nominating U.S. Sen. Bernie Sanders, the avowed democratic socialist from Vermont, Gardner previewed his campaign with a fiery June 2019 speech railing against the dangers of socialism. But when Democrats instead coalesced around the more moderate Biden — sharing a ticket with the equally moderate Hickenlooper — Gardner stuck to the same script, attacking his opponent for proposals he hadn't advanced.

The two candidates sparred over their debate schedule, with Gardner pushing for more face-offs, starting in early September. But the incumbent eventually acceded to Hickenlooper's proposed leaner slate of debates starting in October, including one aired entirely in Spanish — a first for a Colorado Senate race.

Hickenlooper's win completes the Democrats' sweep of statewide offices that began in the 2018 election, when the party won the governor's office for the fourth term in a row and took the three other state-level offices — secretary of state, attorney general and state treasurer — for the first time since the 1930s. An at-large member of the University of Colorado Board of Regents is the only statewide office still held by a Republican.

This is a developing story that will be updated.

Follow along with these stories from our staff as this election night commences:

ELECTION 2020 | The race in charts: Results from the Colorado contests

Find a heatmap of the county-by-county vote for president and U.S. senate and tables on all the races that Colorado Politics covered on election night.

Voters in Teller and parts of Douglas counties are giving State Rep. Mark Baisley a second term in House District 39.