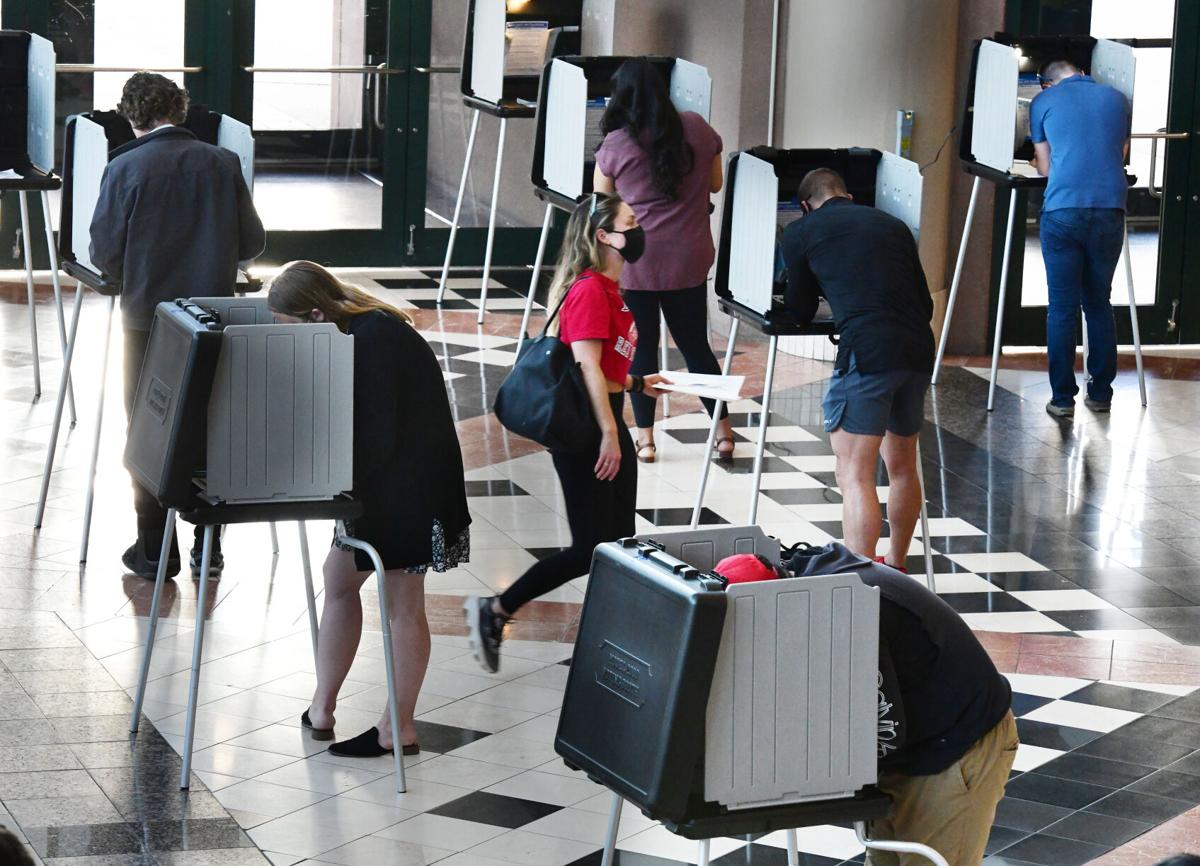 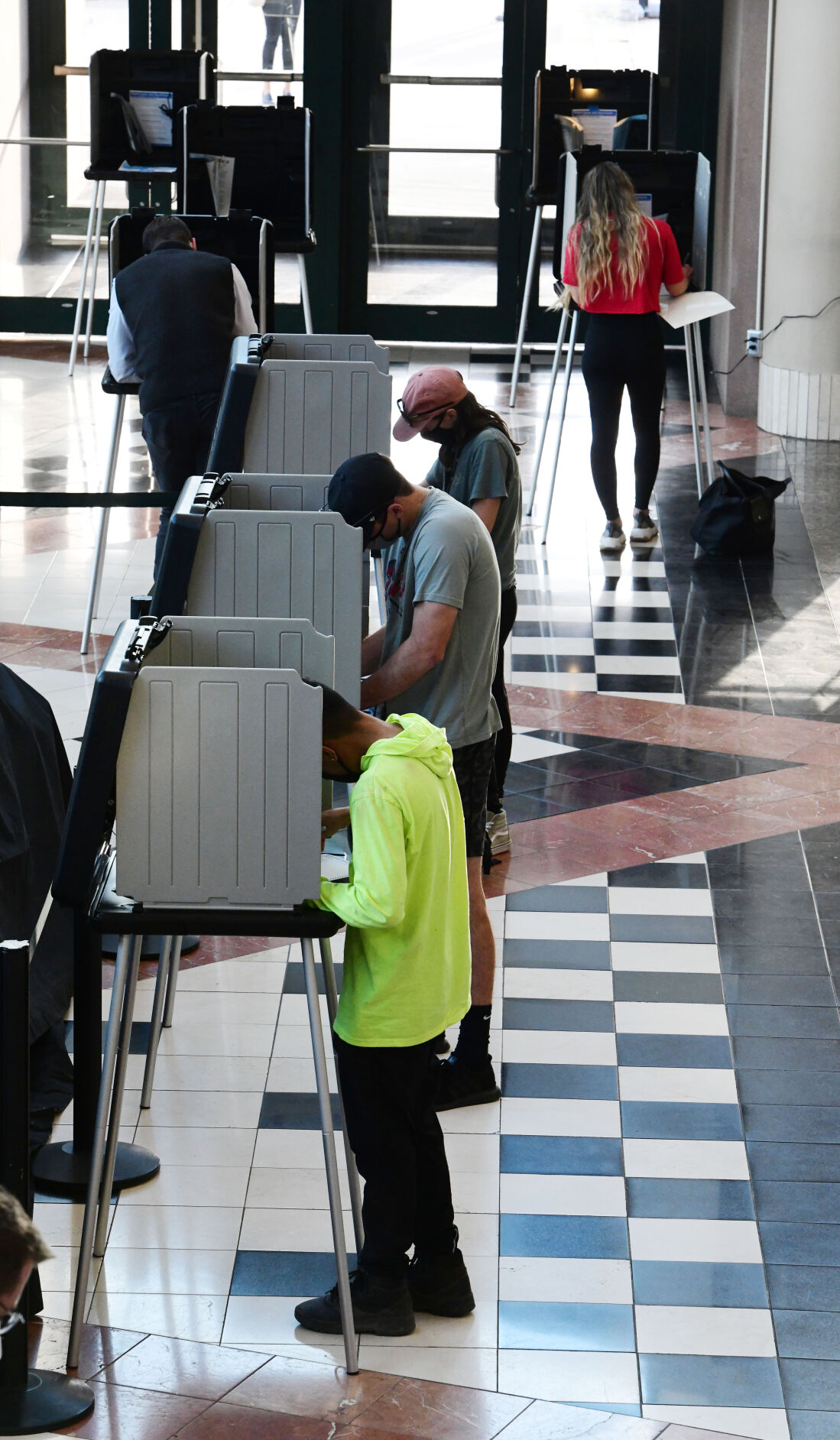 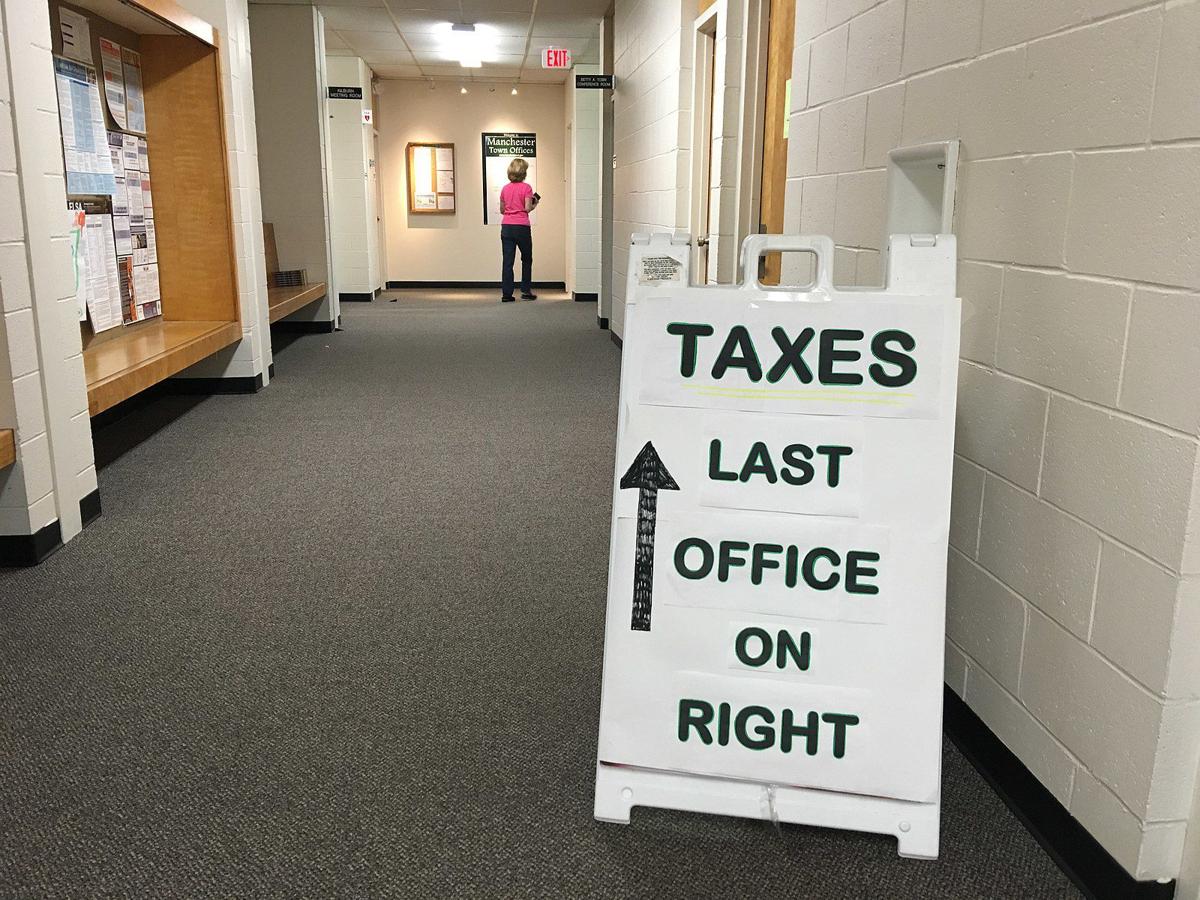 Statewide ballot measure approved Tuesday, showing that Coloradans, while not enamored of taxes, aren’t averse to raising them.

Proposition 116, reducing the state’s income tax rate from 4.63% to 4.55% beginning next year passed easily with a 14 percentage point lead as of noon Wednesday.

In years with a TABOR surplus, the state’s income tax rate has been lowered to 4.5%, but it’s only temporary.

The idea of reducing the income tax rate has been favored by Colorado Gov. Jared Polis, who has twice supported it in his State of the State addresses as well as making it part of his 2018 campaign agenda. L

Lawmakers, chiefly state Sen. Jerry Sonnenberg, a Sterling Republican, tried for two years to make a reduction a reality, but Polis stayed out of the fight, and opposition from Democrats meant the measures never went beyond committee hearings.

Sonnenberg and Jon Caldara of the Independence Institute proposed the ballot initiative that put Prop 116 on the ballot.

Democrats have claimed a reduction will result in a hit to the state budget in exchange for a break of between $37 and $40 per taxpayer, and called it bad timing when the state is in a pandemic-induced recession.

Colorado Fiscal Institute Executive Director Carol Hedges, whose organization has toyed with tax measures and a TABOR repeal, said Wednesday that this year the Institute “pushed hard for a fair tax code that would have cut taxes for 97% of Coloradans and asked the wealthy to pay their fair share. Unfortunately, voters did not have a chance to consider it.

“Though it has not been officially called, if the current result holds, then Prop 116 will make our already unfair tax code even more slanted toward the wealthy, who are disproportionately white, and still force people who earn the lowest incomes, who are more likely to be people of color, to pay a higher share of their income in taxes. Prop 116’s passage will set Colorado’s recovery back.”

Colorado Rising Action’s Michael Fields, among the backers of Prop 116, said the win is “great news that every single Coloradan will be keeping a little bit more of the money they work hard for, especially while we’re still struggling with the economic impacts of the pandemic.”

College tuition and the hospital provider fee are examples of state enterprises, but it’s the hospital fee that has irked Republicans and those who fronted Prop 117, including Fields. "Yes" votes were ahead by 4.5-percentage points as of noon Wednesday.

“Coloradans are also clearly tired of the Legislature using fees as a way of getting around asking voters for approval when they want to grow spending, and they doubled down on their support for TABOR,” Fields said Tuesday.

Hedges noted that if the measure passes, it “will be an unfortunate setback for Colorado. This measure will create even more barriers to overcome. More confusing and inaccessible language on our ballots, fewer tools for lawmakers to do their jobs and provide the services we need, and even more fiscal pressure on the state when we can least afford it.”

Voters also said a big “yes” to increasing taxes on tobacco products and a first-ever tax on vaping products, which backers hope will reduce Colorado’s first-in-the-nation rate of teen vaping.

Revenues from Proposition EE, which unofficial results show winning by a better than 2:1 margin, would backfill some of the budget cuts handed out to K-12 education in the 2020-21 budget, and fund early childhood education.

The measure was a referral from the General Assembly, but is already the subject of a lawsuit from low-cost cigarette companies, which funded the opposition to Prop EE. The lawsuit claims the measure sets a fixed price for cigarettes, giving premium cigarette companies an unfair competitive advantage.

CFI’s Hedges called Prop EE “flawed” on Wednesday. “However, we hope that lawmakers can ultimately fix some of the issues that make it inequitable for people who earn low incomes and communities of color. At the end of the day, vaping should be taxed, and more people should be able to get high-quality preschool for their kids. We hope this statutory change approved by voters gets the TLC from legislators it deserves.”

The other tax measure on Tuesday’s ballot repeals the 1982 Gallagher Amendment, which sets a 45/55 ratio for property tax collections, with 45% collected statewide from residential properties and 55% from commercial properties.

Hedges indicated that repealing Gallagher — unofficial results show it passing by nearly 15-percentage points — untangles at least one part of the “fiscal thicket” of Amendment 23, TABOR and Gallagher that has hamstrung lawmakers on budgetary decisions for decades.

Supporters pointed out that among Gallagher’s most devastating impacts has been its effect on rural Colorado. The Aspen Times, in an Oct. 24 editorial endorsing the measure, said Gallagher has provided “deep property tax breaks to the state’s wealthiest Front Range neighborhoods, while draining budgets in rural communities and piling the taxes onto local small businesses."

Gallagher, as a statewide measure, has forced a reduction in assessment rates in order to maintain the 45/55 ratio, and that’s meant lower property taxes for high-priced homes on the Front Range.

But those home values haven’t risen as fast, if at all, in many parts of rural Colorado, yet the assessment rates for homes were reduced anyway, and that took a big bite out of the things property taxes pay for, such as public schools and public services like fire departments.

The example cited most often: when Gallagher was adopted in 1982, local property taxes paid for 60% of the cost of K-12 public education; the state picked up the other 40%. Now, the state pays for 60% of public education, to the detriment of other state priorities, such as transportation, and local property taxes pay the other 40% for most school districts.

Even the Colorado chapter of the National Federation of Independent Businesses advocated for Gallagher’s repeal. The “outdated” amendment, the chapter said in a statement Tuesday, “threatens small businesses and other job creators with a $250 million to $270 million tax increase next year” if it isn’t repealed.

Katherine Loughead of the nonpartisan Washington, D.C.-based Tax Foundation said Wednesday that when Gallagher was adopted, it imposed a roughly 40% higher assessment ratio on commercial property than on residential property.

Without Amendment B, that ratio would have been more than 300% higher in 2021, when lawmakers would have had to once again reduce the assessment rate, Loughead wrote in a blog post Wednesday that addressed both Amendment B and a similar measure in California.

Loughead called Amendment B a “good governance” measure that showed that voters “seem to have acknowledged that they can’t endlessly shift the property tax burden to businesses; if they want increased funding for local services, residents must be willing to pick up their share of the bill.”

But Loughead also pointed out that passage of Amendment B “does not fix the non-neutralities in Colorado’s property tax system, but it does prevent them from continuing to worsen and gives state policymakers the opportunity to make improvements in the future.

Opponents of the repeal, including a committee called “Keep Property Taxes Low-Colorado,” warned it would result in higher property taxes on homeowners, would not help small businesses and that lawmakers will “arbitrarily” raise property tax assessment rates in the future.

Amendment B, according to unofficial results as of noon Wednesday, had a nearly 15-percentage point lead.

While the 2020 ballot didn't set a record for ballot measures — that was in 2018, with 13 measures — there was plenty for voters to review, along with the candidates.