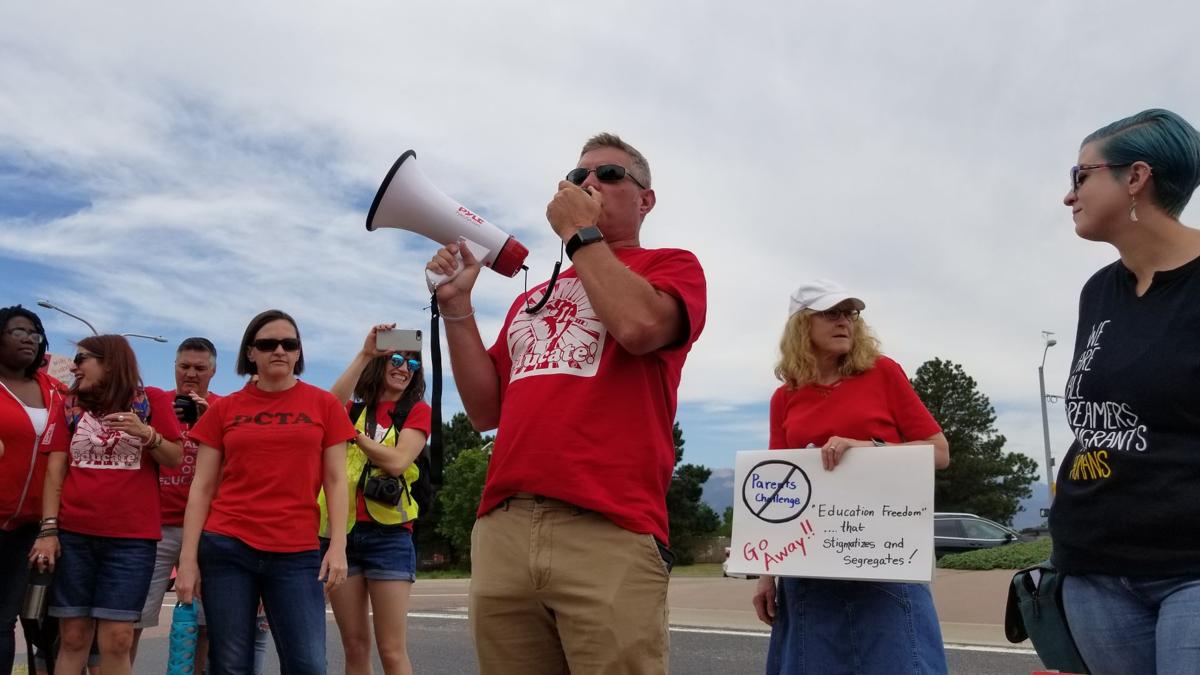 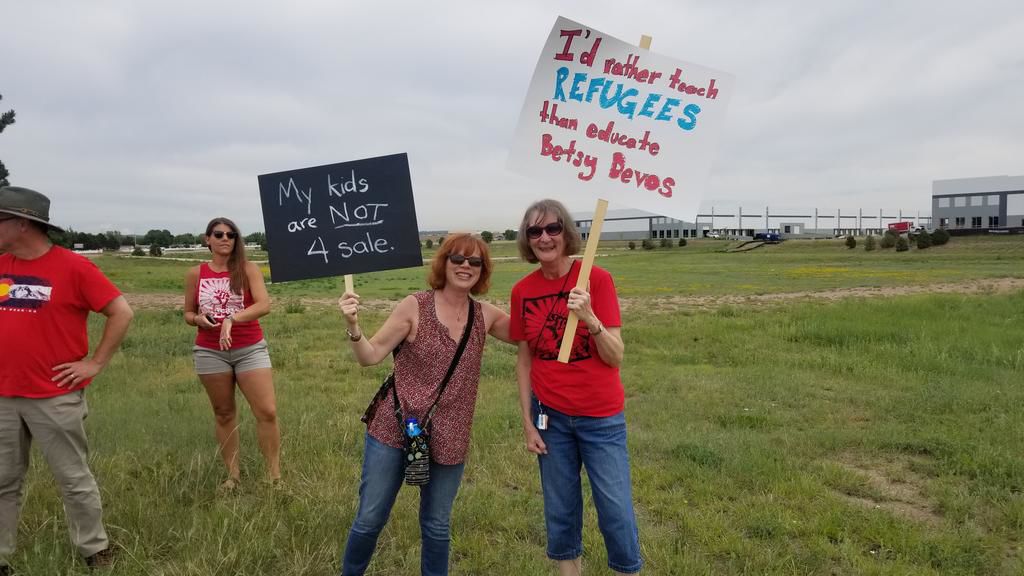 Photo by Liz Henderson, The Gazette. 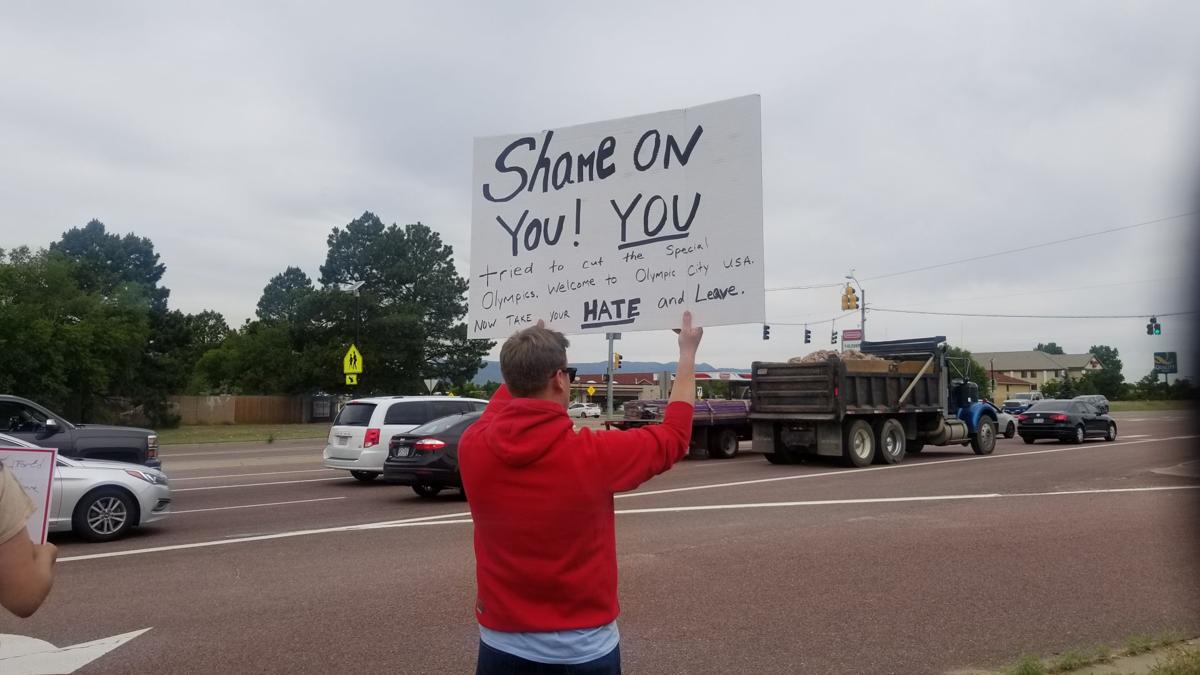 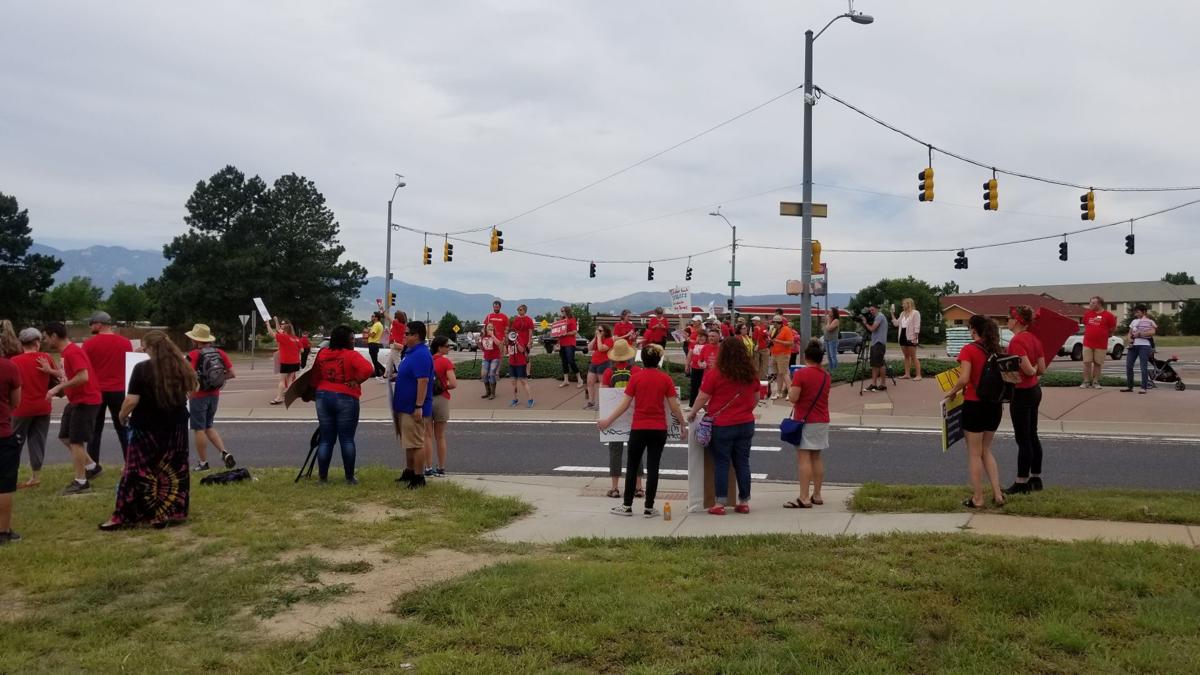 The number of protesters against Secretary of Education Betsy DeVos's plan for education grew Wednesday. Photo by Liz Henderson. 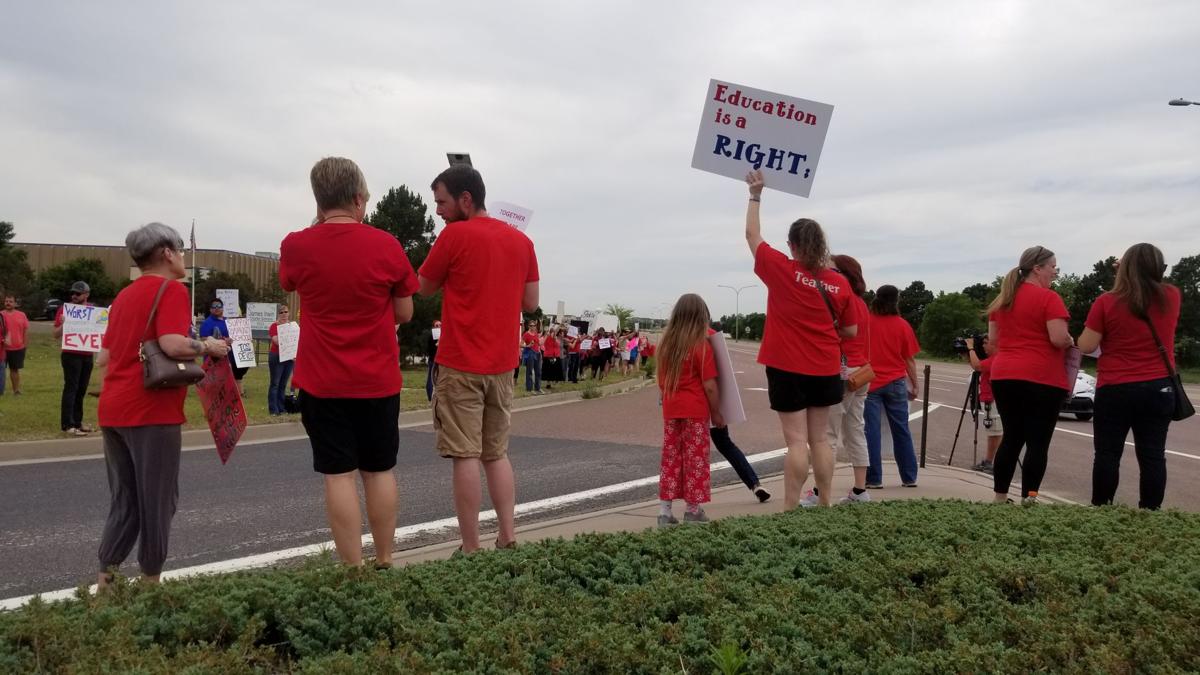 Protesters wearing "Red for Ed" outside of where Secretary of Education Betsy DeVos spoke Wednesday.

Photo by Liz Henderson, The Gazette.

The number of protesters against Secretary of Education Betsy DeVos's plan for education grew Wednesday. Photo by Liz Henderson.

Protesters wearing "Red for Ed" outside of where Secretary of Education Betsy DeVos spoke Wednesday.

DeVos was to attend the 20th anniversary celebration of Parents Challenge, a local nonprofit that provides scholarships, similar to education vouchers, for more than 200 low-income children annually to attend a school of their choice.

At the invitation-only event at James Irwin Charter Academy’s high school, in Harrison School District 2, DeVos was scheduled to deliver remarks and participate in a panel discussion on “Why Choice Matters.”

"We have a state-wide all-call of people who really wanted to demonstrably and vocally share their disdain and their displeasure with Secretary DeVos's agenda, " said Phyllis Robinette, a second grade teacher in the Lewis-Palmer school district. "For too long, she's cutting our funding and as we know, Colorado (has some) of the lowest funded school's and we can't take anymore."

Colorado ranked in the lower third among the states in public-school spending per pupil last year. It was ranked No. 39 nationally among the 50 states and the District of Columbia in 2016, with per-pupil spending in public elementary and high schools averaging $9,575. The national per-pupil spending average at the time was $11,762.

Protesters donned in red shirts to symbolize "Red for Ed" spoke of their frustration Wednesday, specifically toward DeVos's proposal to cut $7.1 billion from the 2020 federal education budget.

"I'm really concerned at what she's doing to public education," Robinette stated. "Taking that money and putting it into charters and vouchers is not the way to solve education at all."

"Public education, and education in general, is a really big issue for children," said McCallian. "All children deserve the opportunity to reach for the stars, to reach their greatest potential. Education, access to equal and good education, is important to that."

Here's a look at some of the protesters:

Protesters donned in "Red for Ed" shout chants against @BetsyDeVosED and her proposed cuts to the federal education budget @csgazette pic.twitter.com/vntmcPFduO

Number of @BetsyDeVosED protestors growing outside James Irwin Charter Schools. "Unacceptable" is a word getting thrown around by multiple folks in red pic.twitter.com/5XXrpfgTxS

Here's previous coverage of the event: