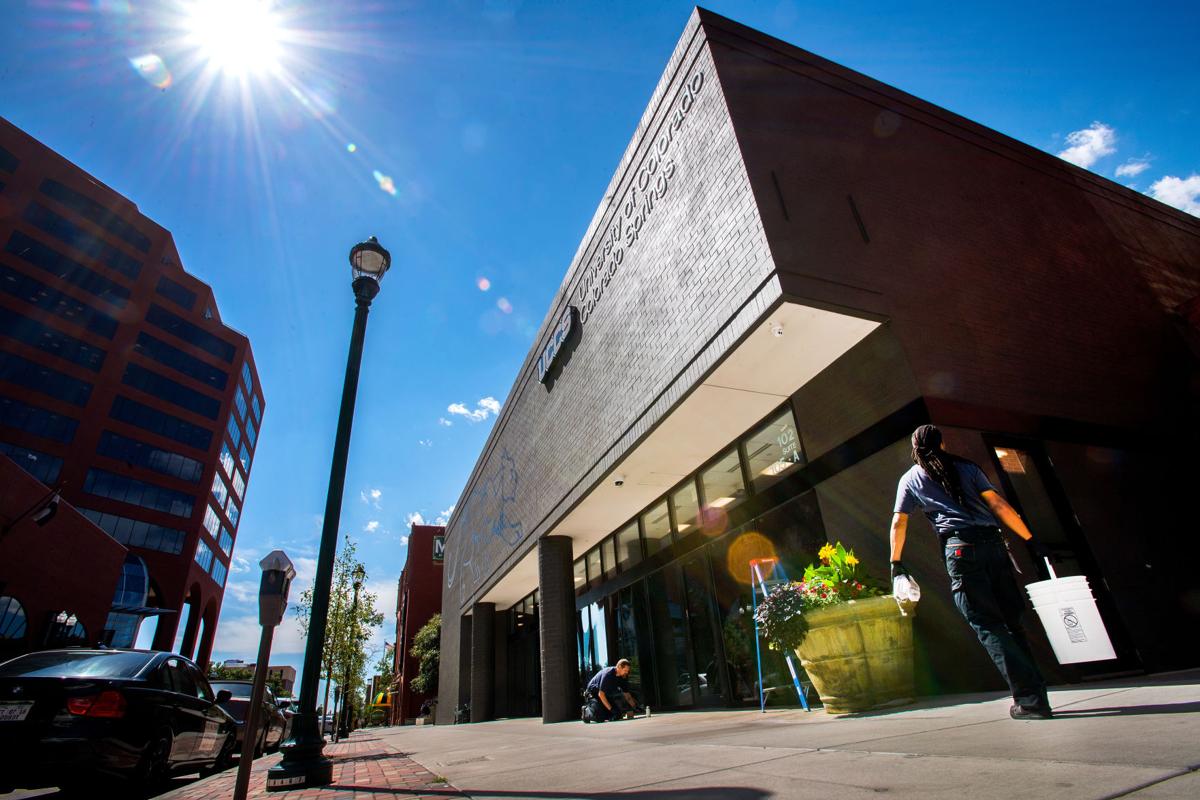 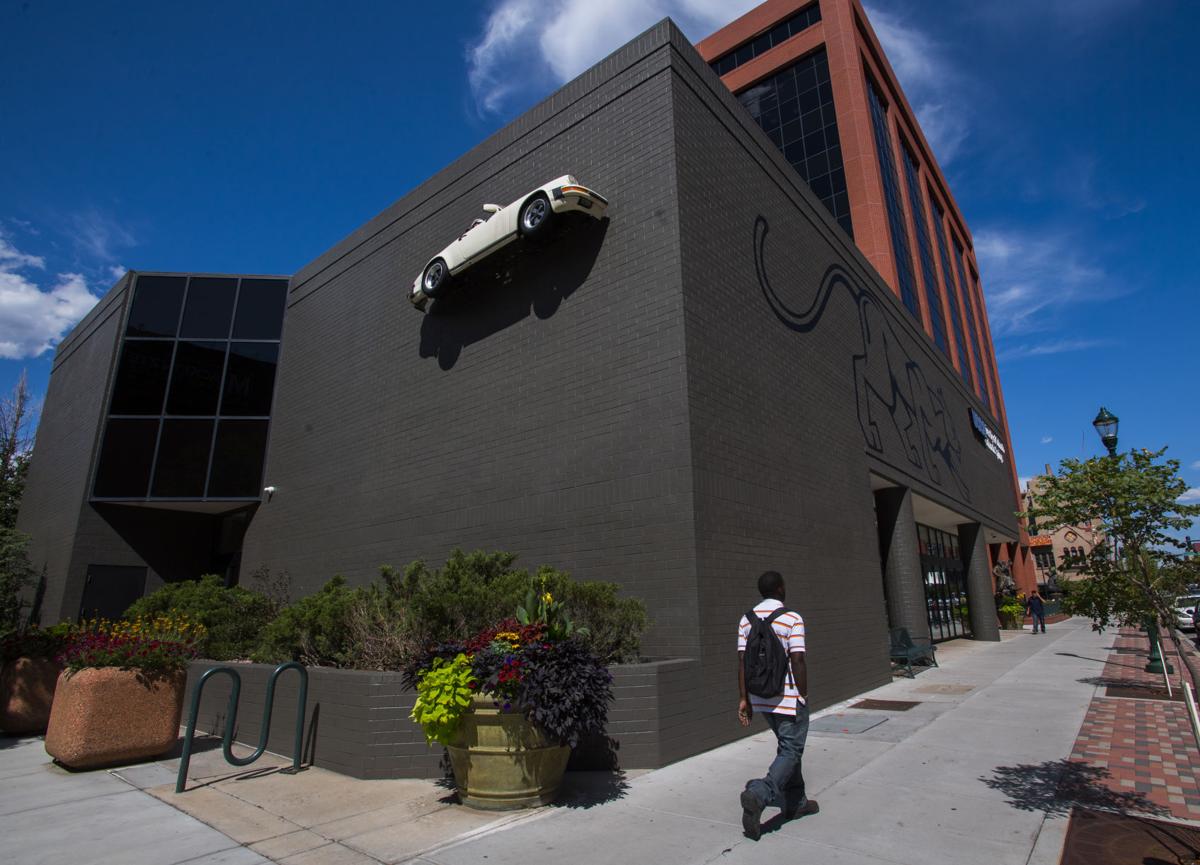 That downtown building with half a Porsche hanging from its south wall now has a mountain lion crouching on its east side, too.

The new artwork chasing the old signifies the arrival of the first satellite campus for the University of Colorado at Colorado Springs.

The otherwise nondescript Alamo Annex at 102 S. Tejon St. on Monday became UCCS Downtown, heralding what officials say is an important addition to the renaissance in the city’s core.

Having UCCS downtown “brings us together — business, government, nonprofits, education and the community as a whole,” Mayor John Suthers said during a ceremony that preceded an open house.

With academic courses, public lectures and seminars, alumni gatherings and other events to be held in the space, employees can continue professional growth, and employers can further develop their workforce, Reddy said.

As a UCCS graduate and downtown professional, Katy Hartshorn said, she’s excited to check out the certificate programs to be offered literally next door to her office at the Downtown Partnership.

“I’m thrilled we’ll have this resource to support the many young professionals in our community,” Hartshorn said.

“UCCS students will be able to see the real world and what a thriving city this is and be a part of it,” said Gozeh, a sociology major.

The idea developed after UCCS Regional Connect, which works to create public-private partnerships, asked: “If success was guaranteed, what one bold move would you make between the university and the community for the betterment of the region?”

Soon to be added, he said, is technology such as smart boards and interactive computer systems that will link to the main campus.

The new campus can accommodate 85 people but can grow to occupy 22,000 square feet, Finn said.

Noncredit classes and programs in business start Tuesday at the downtown site under a pilot phase of the expansion. Noncredit education courses will start in October.

Beginning next fall, for-credit certificate and degree programs will be offered, including the Teacher Leader Academy through the school’s College of Education; a mini-MBA program through the College of Business; concurrent enrollment programs; and certificate programs in nonprofit management, cybersecurity and other subjects.

Undergraduate programs, such as the chancellor’s leadership class, also will use the site.

“It will be a research lab, a test-bed of thoughts, and we’re going to be very open to new ideas,” Reddy said of the campus’ development.

Students and staff will have to find parking, Reddy said, but a garage across the street is available for 75 cents an hour. Staff will monitor the need, he added.

This semester, 12,574 students are attending UCCS, which is based atop Austin Bluffs Parkway and has facilities extending north on Nevada Avenue.

That enrollment is the highest ever, up 1.2 percent from last fall, said UCCS spokesman Jared Verner.

“That puts us in line with our 2012 master plan projections,” he said.

The official enrollment announcement will be made, along with numbers from the CU system’s three other campuses, when the state Board of Regents meets Friday in Aurora.

UCCS tied for No. 10 in public regional universities in the West and for No. 48 among all public and private universities. It’s the fourth consecutive year for making the top 10 list.