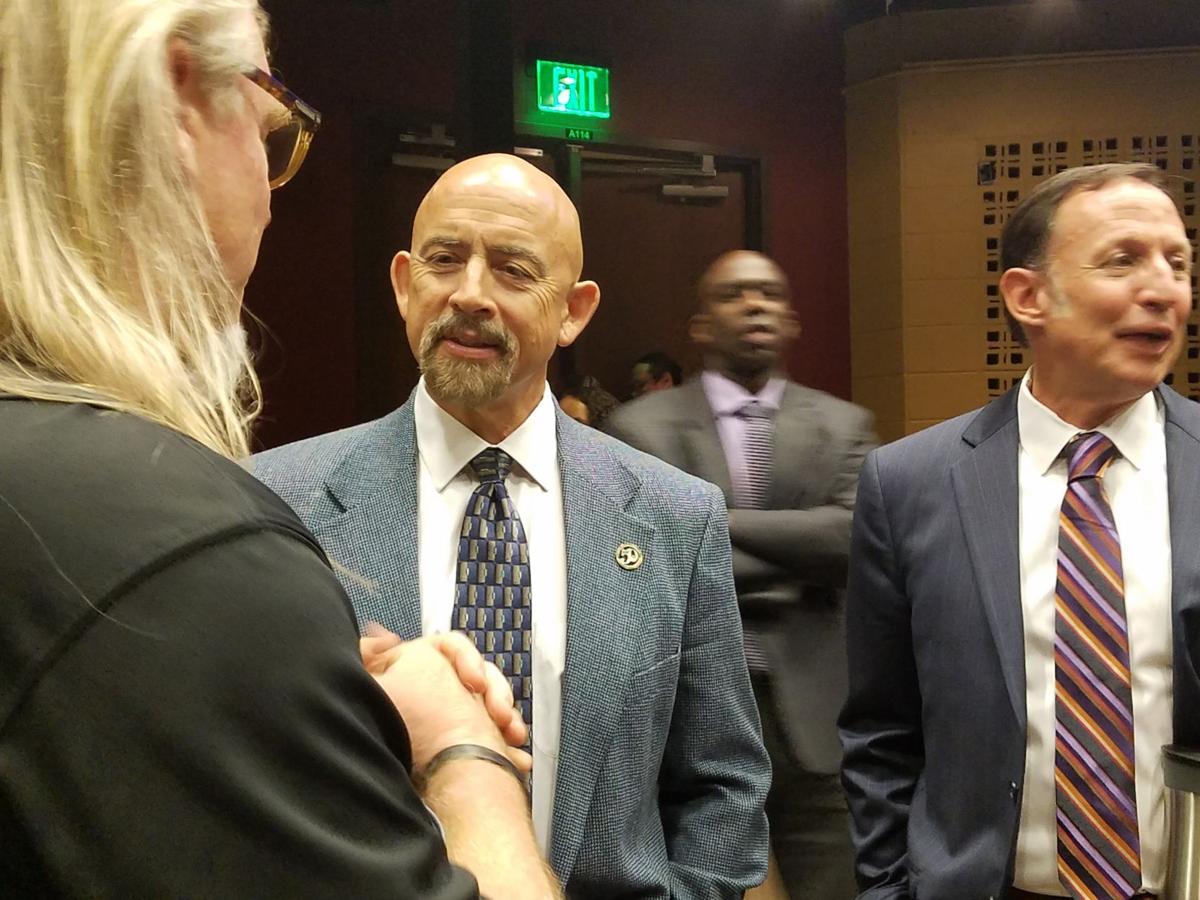 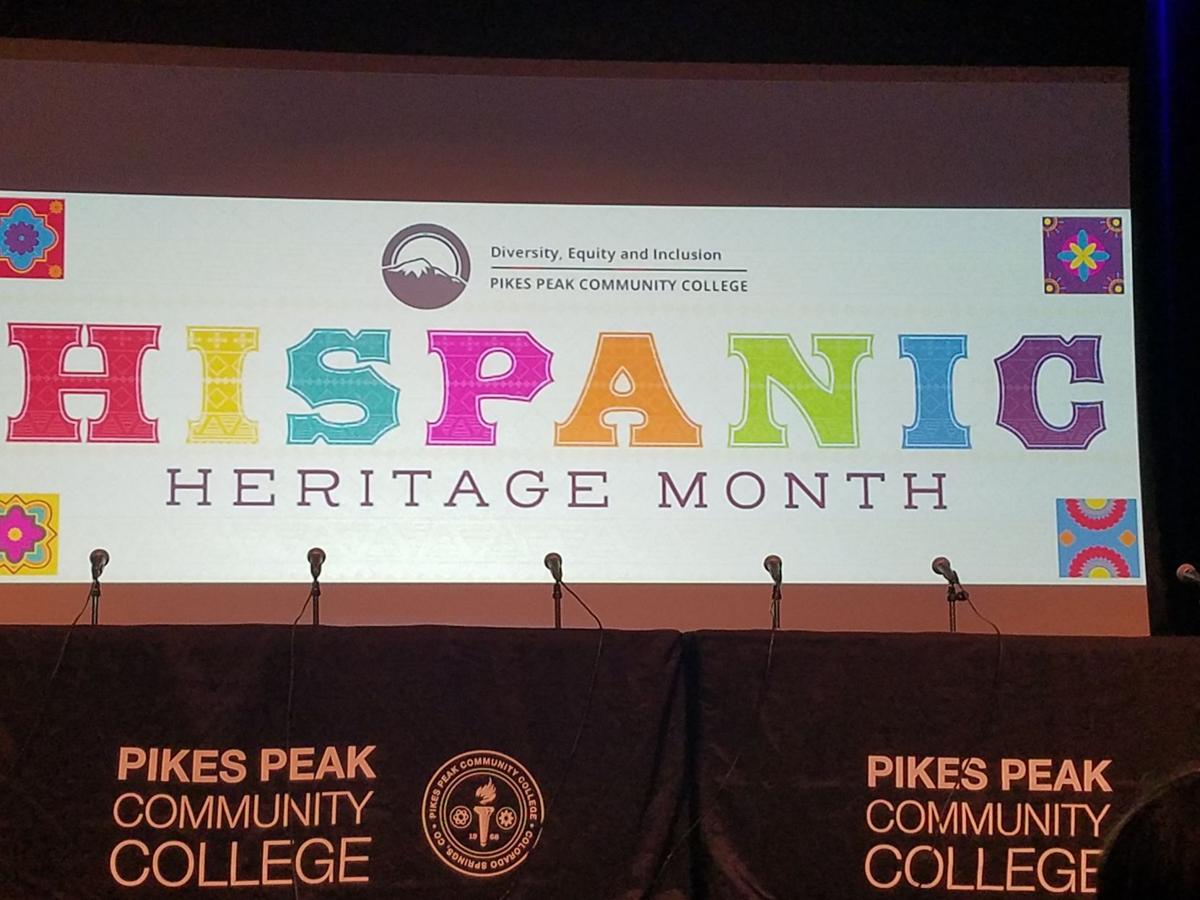 Pikes Peak Community College kicked off Hispanic Heritage Month on Tuesday. The observance runs Sept. 15-Oct. 15 to celebrate the histories, cultures and contributions of people from Spain, Mexico, South and Central America and the Caribbean.

Pikes Peak Community College kicked off Hispanic Heritage Month on Tuesday. The observance runs Sept. 15-Oct. 15 to celebrate the histories, cultures and contributions of people from Spain, Mexico, South and Central America and the Caribbean.

With indications pointing to a substantial increase in Hispanic students in coming years, Pikes Peak Community College is preparing for the region’s shifting demographics, officials said Tuesday at a school kickoff to mark Hispanic Heritage Month.

“The bad news is their (educational) success rates are still low,” he said.

PPCC, which has three campuses in Colorado Springs with about 18,600 students in certificate and associate degree programs, is working toward becoming a Hispanic Serving Institution.

The designation comes from having a Hispanic enrollment of 25 percent. PPCC’s is currently at 18 percent, and leaders have set a goal of bumping it to a quarter of the student body by 2022.

“We’re looking at approximately one-third of future PPCC students being Hispanic, and we need to be bilingual and culturally competent so they feel welcome, and there’s an expectation they feel they can be successful here,” Bolton said.

But it’s about more than about the numbers, Bolton said. The work now and in the future will focus on how to best serve Hispanic students and help them attain success in their education and their lives, he said.

Among the challenges, many Hispanic students are first generation, meaning they are the first in their family to attend college, and many live in low-income households, officials said.

The misperception that Hispanic parents do not care about education is not true, Garcia said.

“Every poll being conducted shows Hispanics overwhelmingly recognize the value of a higher education,” he said. “They often are more likely to not have an education themselves, so can’t provide direction and support.”

The odds are currently against Hispanic students.

Of any given 100 Hispanic ninth graders in Colorado, 67 will graduate from high school in four years, and of those, 28 will enroll in college for the following fall semester, Garcia said.

Of the 28, “Most will need remedial education, and only 20 will come back for a second year of college,” he said.

And fewer than 10 of the group will graduate from college in four years.

PPCC aims to improve those statistics with initiatives already underway, including diversifying the faculty. For the 2017-18 academic year, about 11 percent of the faculty were of a minority, compared with 35 percent of students. Four percent of faculty were Hispanic.

“To make sure we’re recruiting and serving our students well, diversifying our workforce is a key goal,” Bolton said.

Sylvia Garcia, director of retention services at PPCC, said for every student who comes into her office, “There’s someone who looks like that student,” meaning employees have different skin colors, which serves as a model for the entire school.

“We have a long way to go,” said Keith Barnes, who was hired in 2016 as PPCC’s executive director of diversity, equity and inclusion. “Our faculty and staff don’t reflect the community we serve.”

A task force is forming to examine how the school can recruit and develop a sense of values pertaining to culture, he said.

Progress has been made. This week, PPCC announced it’s the only college in the Pikes Peak region, one of four colleges in the state and one of five community colleges in the nation to receive the 2018 Higher Education Excellence in Diversity Award from Insight Into Diversity magazine.

The annual award recognizes U.S. colleges and universities that demonstrate “an outstanding commitment to diversity and inclusion.”

Christine Mendias, who teaches sociology classes at PPCC, including Intro to Chicano Studies, said just learning that people identify differently is important to note. The word “Hispanic” originated in America during the Nixon administration to mean of or pertaining to Spain, and “They put a bunch of us under that,” she said. Mendias identifies as “Mexican-American” or “Chicana.”

The current generation, however, often prefers identifying as “LatinX,” a gender-neutral reference.

Maria Rodriguez Moreno, who graduated from PPCC in May, is now studying immigration law and is a LatinX Union Leader, said she’s about representation.

“If you’re not out there getting involved, you’re not representing your culture,” she said, adding that action is necessary to instigate change.

As 9-year-old Emilio Wehner eyeballs the inch-tall three-dimensional replica of Pikes Peak being created in his computer science classroom, he…