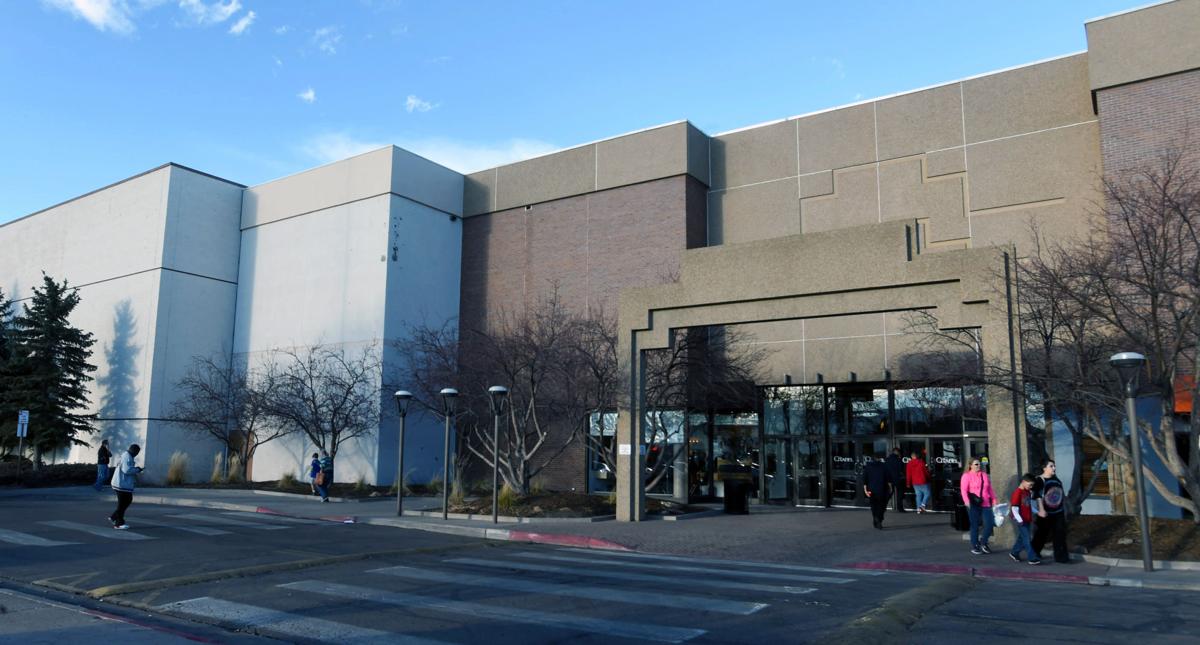 The former Macy’s department store at The Citadel mall in Colorado Springs has been vacant since its closing in 2009. Filling large blocks of retail space seemingly is a never-ending challenge for property owners and landlords in the region and around the country.

Owners of The Citadel mall have turned over the center to a Maryland-based lender. Photo by BILL RADFORD, THE GAZETTE 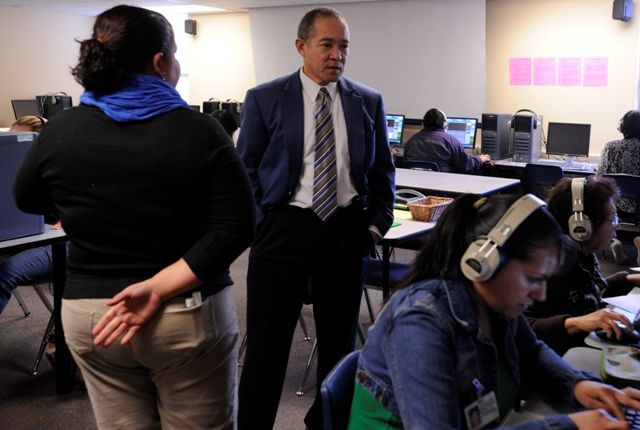 The former Macy’s department store at The Citadel mall in Colorado Springs has been vacant since its closing in 2009. Filling large blocks of retail space seemingly is a never-ending challenge for property owners and landlords in the region and around the country.

Owners of The Citadel mall have turned over the center to a Maryland-based lender. Photo by BILL RADFORD, THE GAZETTE

Former Harrison School District 2 Superintendent Mike Miles wants to open a new charter school in the old Macy’s store at The Citadel mall, but he won’t be able to do so under the auspices of Colorado Springs School District 11.

The district’s board rejected Miles’ 210-page proposal 6-1 on Wednesday night and relinquished charter authorization, which means Miles will need to petition the Colorado Charter School Institute, a state authorizer, for approval to open in the fall of 2019.

Because the potential location of the new school, named Coperni 3, is in the geographic boundaries of D-11, organizers were required to first apply to D-11 for charter authorization.

District administrators and members of the District Accountability Committee raised numerous concerns about the proposal at a Nov. 14 board meeting, including the governance model, finances, not providing transportation for students and the location being in close proximity to marijuana dispensaries and alcohol outlets such as a Hooters restaurant.

“It would be in both of our respective interests” for D-11 to relinquish exclusive chartering authority and permit organizers to apply to CSI, D-11 Superintendent Michael Thomas said.

“I believe the conditional requirements and expectations that would need to be addressed would not be able to be done in a timely fashion,” he said Wednesday, in issuing a recommendation to deny the application.

Board member Teresa Null cast the sole opposing vote, saying sending organizers to the state authorizing body won’t remove the concerns of D-11 representatives who reviewed and analyzed the application.

“We do not think this charter school can be ready for our students by next year, and going to CSI is not going to change that dynamic — they’re still not going to be ready,” Null said.

Among her personal concerns: “They want to put a playground in a parking lot.”

Coperni 3 would be the second school in a charter school network Miles is building under the name Third Future Schools. The first school in the network, Academy of Advanced Learning, opened in the fall of 2017 in Aurora, as part of Aurora Public Schools.

Several teachers and administrators from the Academy of Advanced Learning addressed the board and vouched for Miles’ success in Aurora.

Assistant Principal Kim Blair said Miles puts kids first, supports and values teachers and involves parents, which she considers to be qualities of “a great leader.”

Stephanie Bradshaw said Miles is “impacting education in an unprecedented way,” and that his personalized learning model is the cure for what ails today’s education system because it enables students of all backgrounds and histories to advance academically.

“He held me accountable and provided me with resources to do my job well,” she said. “I got paid well because I taught well.”

Miles seeks to open a K-6 school at The Citadel next fall with 420 students and grow to eighth grade with an additional 120 students in subsequent years. An anticipated 75 percent of enrollment would be students qualifying for the federal government’s free and reduced lunch program, indicating poverty. About 20 percent would be English language learners, according to the application.

Curriculum would focus on skills needed in the workplace in the year 2030 and combine Miles’ modified personalized learning model with direct instruction. The school would be open from 6:30 a.m. to 6 p.m. with free child care and activities. A three-legged governance structure would include Miles as CEO, a school board and a school council.

A self-defined education reformer and one-time Democratic candidate in Colorado for U.S. Senate, Miles worked as assistant superintendent in Fountain-Fort Carson School District 8 and in 2006 became superintendent of Harrison D-2, a job he held for six years.

He became known for turning around underperforming academic achievement in D-2, the region’s most socio-economically diverse school district. He instituted one of the state’s first pay-for-performance compensation systems for teachers, which remains in place today.

But Miles’ authoritarian leadership led to high staff turnover and discontent among the ranks.

In June 2015, Miles abruptly resigned from his job as superintendent of Dallas Independent School District in Texas, after protesters calling for his removal picketed near his house.

But Miles continues to have strong supporters and serves on the board of the Colorado League of Charter Schools.

He has operated an educational consulting company and in June 2016 became chief executive officer of Pikes Peak Prep, a charter school east of downtown Colorado Springs. He resigned in February 2017, and is being sued by the school’s management company for breach of contract, unlawful use of company resources, improperly forcing students out of the school and other complaints. The school closed at the end of last school year, after the management company sold the building it had occupied.

D-11 board member Julie Ott said at the Nov. 14 meeting said she was concerned that the board of Miles’ Aurora charter school agreed to pay “reasonable costs of legal defense for CEO Mike Miles in the ongoing lawsuit with GEO Foundation and seeking and applying any available insurance proceeds to cover any allowable costs before spending school funds,” as per meeting minutes.

“As a taxpayer, I find that troubling,” she said. “How will they finance that if the insurance doesn’t come through?”

Board President Jim Mason said Wednesday that while the board and district leaders had many legitimate concerns, “This is innovative, and it’s going to bring a new standard to the table. You can’t have new without concerns.”

If granted state approval, Coperni 3 would be the 11th charter school in El Paso County under the Colorado Charter Schools Institute system.

Mason said if organizers obtain approval to open, “You need to know you are not by yourself. You are within the D-11 footprint, and we’ll be with you shoulder-to-shoulder, and you will be successful.”