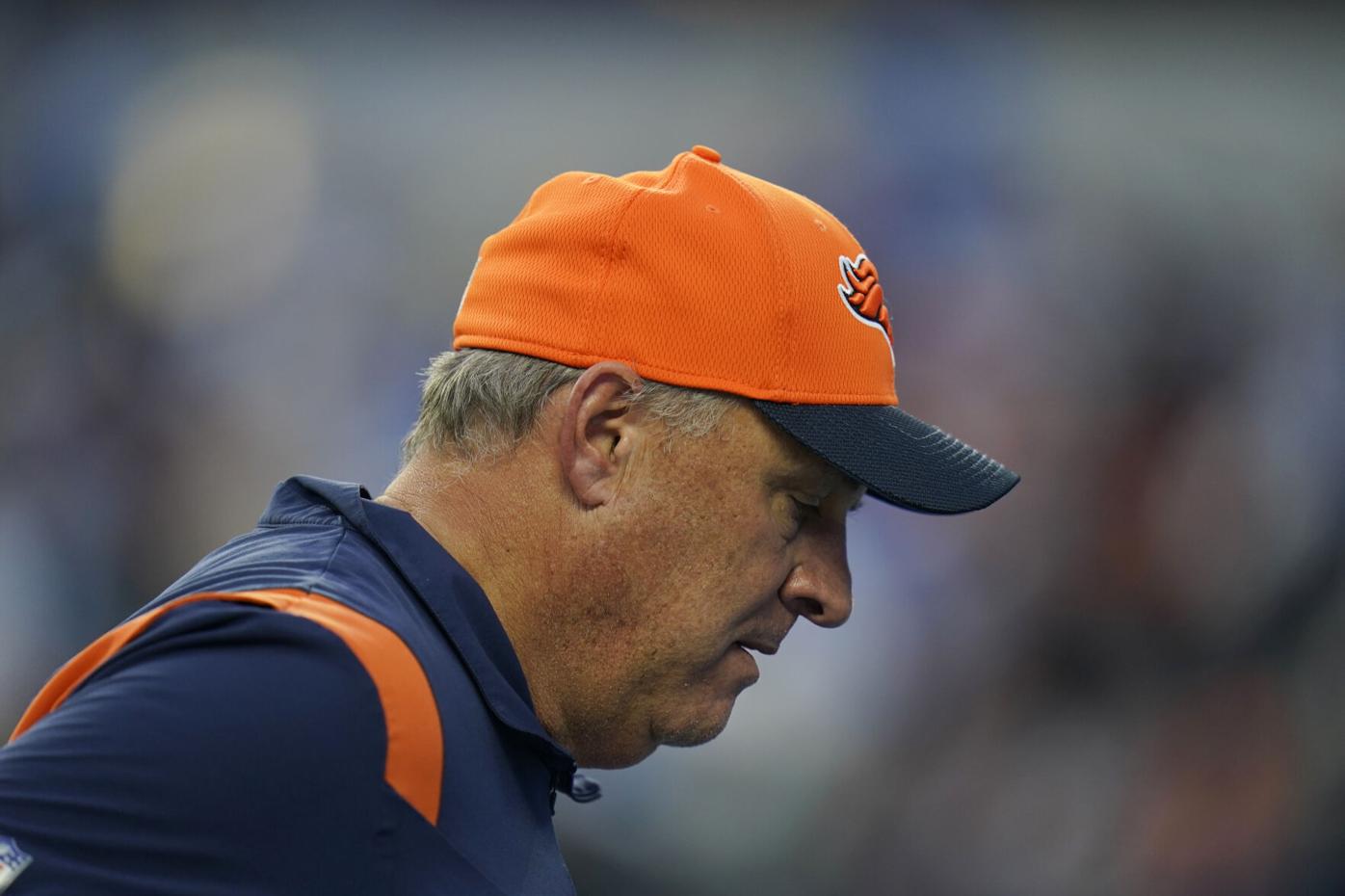 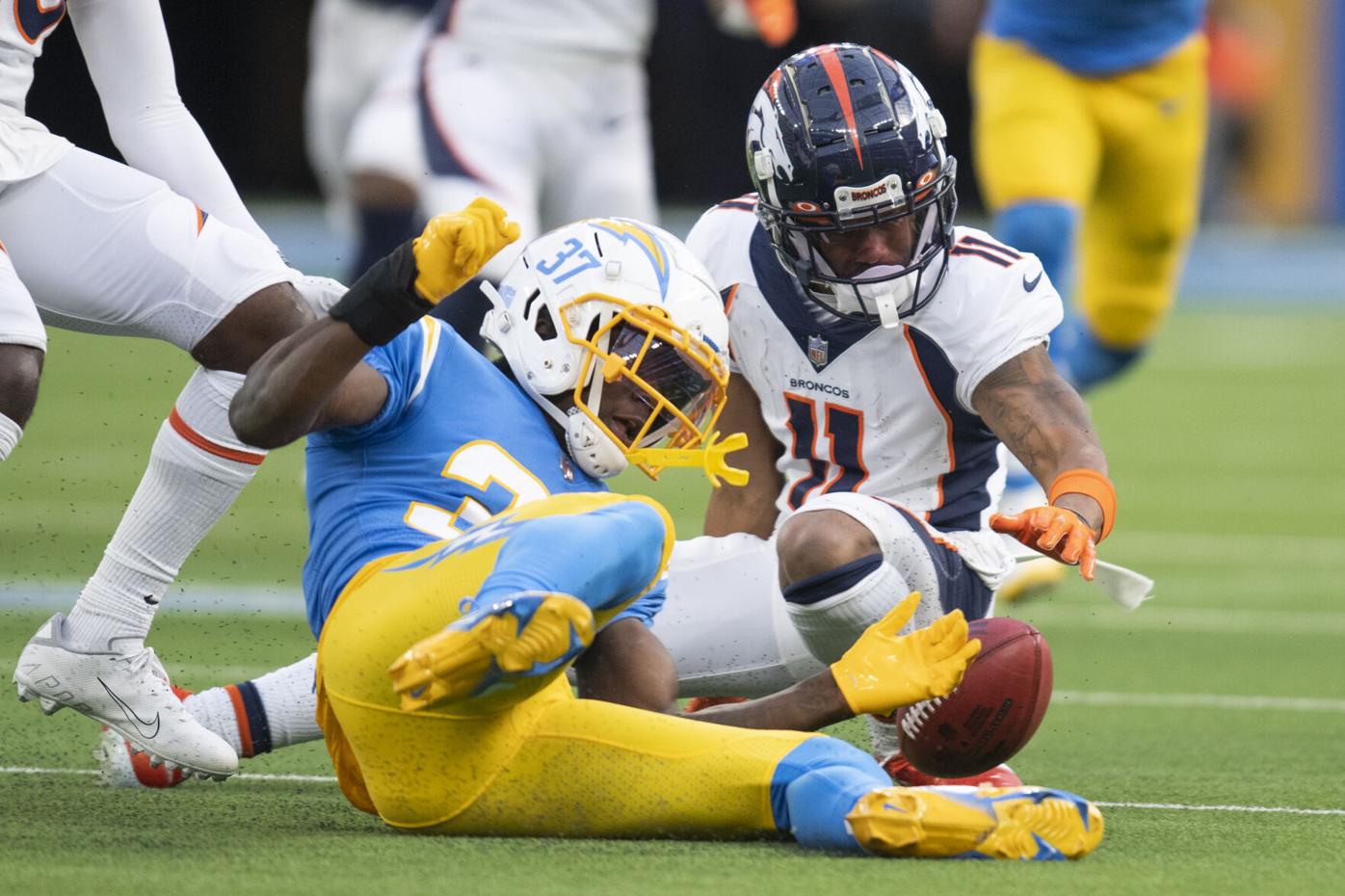 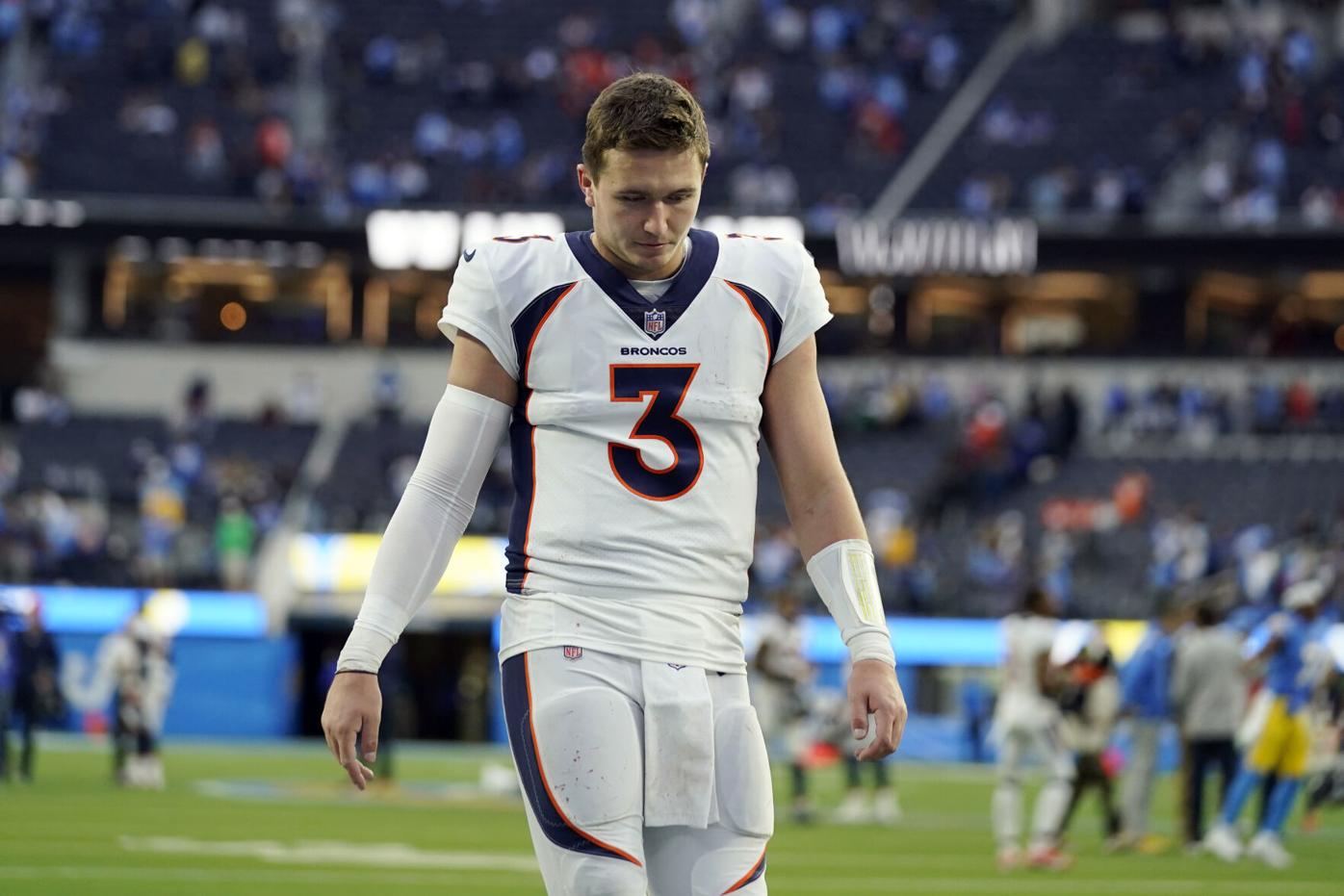 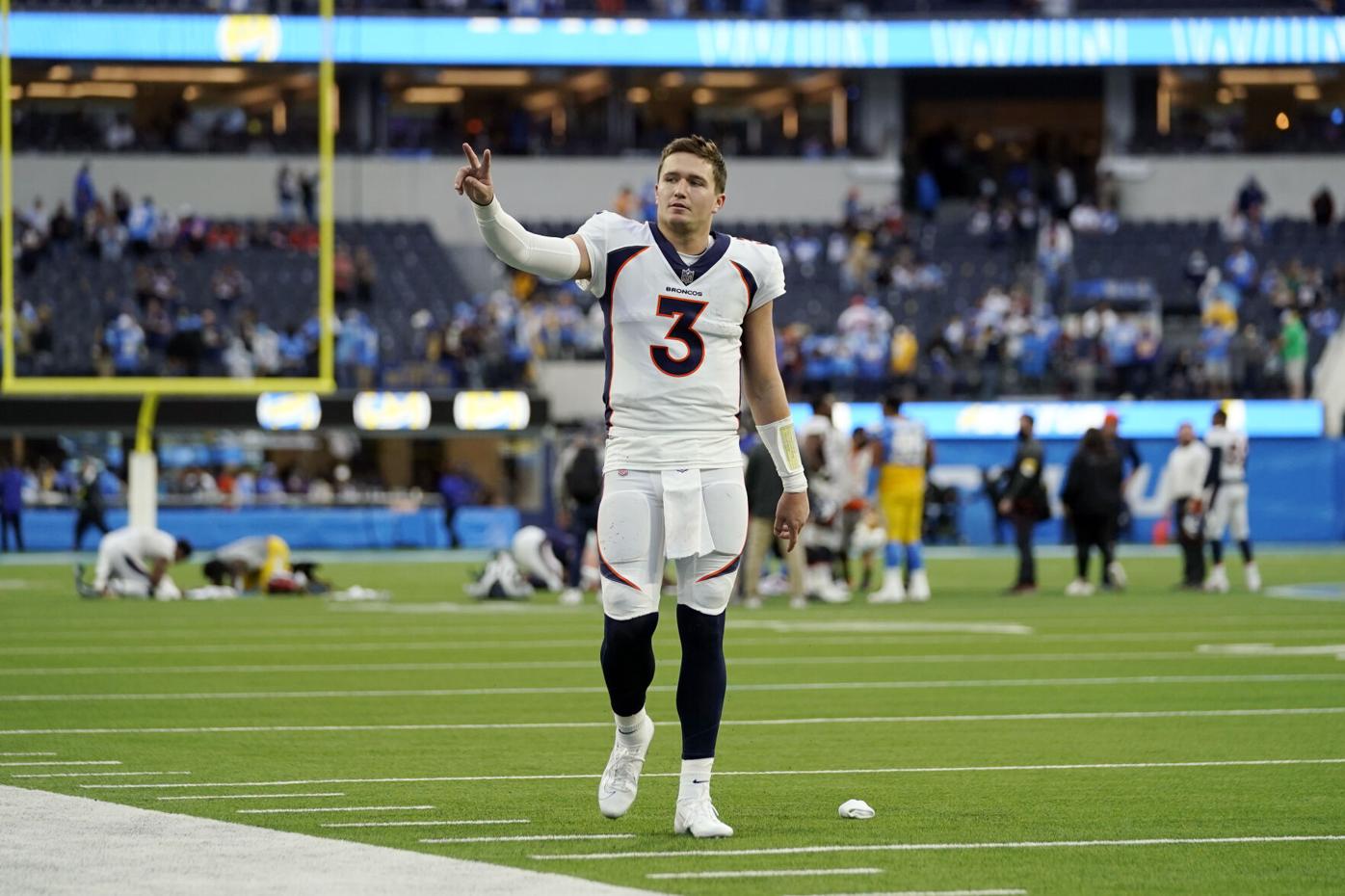 Los Angeles Chargers defensive end Joey Bosa (97) walks off the field after a win over the Denver Broncos during an NFL football game Sunday, Jan. 2, 2022, in Inglewood, Calif.

Los Angeles Chargers defensive end Joey Bosa (97) walks off the field after a win over the Denver Broncos during an NFL football game Sunday, Jan. 2, 2022, in Inglewood, Calif.

If the Broncos had gotten possession one more time Sunday in Los Angeles they could have reached the Chargers’ 1-yard line again. Then, perhaps, the Chargers mistakenly would believe the game officially was over and leave the field. The Broncos’ offense, left alone, would have run three plays and failed to score a touchdown, then kicked a field goal on the final play to only lose 34-16.

Those who think that’s a bad joke must not have seen the Broncos play Sunday.

The horses were a laughingstock.

They actually did get to the Chargers’ 1-yard line at the end of the third quarter. Drew Lock had driven the Broncos to the 8 for a first down. Two Javonte Williams attempts picked up only two yards. Lock then threw to the other running back, Melvin Gordon, who was tackled a yard short of the goal.

On fourth down Gordon burst into the end zone, but the touchdown was voided by a ludicrous illegal formation, and the Broncos were penalized five yards.

Vic Fangio, who is fourth-down happy lately, opted for a field goal, which was successful and made the score Chargers 20, Broncos 6. The coach obviously believed the Broncos could score at least a couple of touchdowns and the Chargers would be shut out the rest of the fourth quarter.

The Broncos had scored only three total touchdowns in three of the past four games against teams not nicknamed Lions.

Chances of the impotent offense producing two touchdowns in the fourth quarter were zero, zilch and zippo. Chances of keeping the Chargers from scoring again were none, nil, nix.

Following the field goal, the kickoff was returned 101 yards to present the Chargers with an insurmountable 27-6 lead. Each team did score one more touchdown.

Congratulations, Broncos. Four TDs against the Chiefs, the Raiders, the Bengals and the Chargers. What are the odds of the Broncos scoring more than one touchdown in the final game against the Chiefs, who will not be resting any starters after losing at Cincinnati on Sunday and needing a victory to have an opportunity at being the No. 1 or 2 seeds.

The Broncos’ chances of a second-half comeback were 1-in-23 – Fangio’s record when the Broncos are behind at halftime during his three seasons.

And, of course, Fangio’s only replay challenge was silly and dismissed. He is 1-for-8 this season, and he will finish below .500 for the third consecutive year, even though the Broncos had an extra home game in the new 17-game schedule, and it was against a team that has won twice in 2021. The Broncos have won only two games over teams that will finish above .500.

Fangio “absolutely’’ believes he will return as coach in 2022.

The Chiefs, the Raiders and the Chargers, and people from parts unknown, “absolutely’’ hope that he comes back because the Broncos have become an annual also-ran since Super Bowl 50. And a team that used to own the best home-field advantage in the NFL has an 18-22 record @Mile High over five seasons.

Everyone else in Denver, Colorado and the Western World “absolutely’’ knows that Fangio must be discharged.

The next owner of the Broncos, who won’t take over until beyond March, certainly would agree.

But just one man’s opinion will matter Jan. 10, which is called “Black Monday’’ in the NFL because that’s when coaches will be sent to the curb.

If the general manager decides that Fangio will stay, he already has considered his press conference excuses – multiple player injuries, COVID-19, inexperienced players on both sides of the ball, an offense which was not the head coach’s fault, the lack of an award-winning quarterback, another year on Vic’s contract, and he is a defensive wizard.

Paton will not blame Fangio for his choices of Pat Shurmur and Tom McMahon, the game, timeout and challenge mismanagement, the failure to change strategies at halftime and an antiquated offensive system – or the first trick play of the season Sunday that turned into a cluster muck.

By George, do the right thing a week from now, Paton.

The Broncos must not continue next season as a laughing matter.

Broncos crushed by Chargers, the latest loss in disastrous final stretch of 2021 season

INGLEWOOD, Calif. – The Broncos have run out of answers.